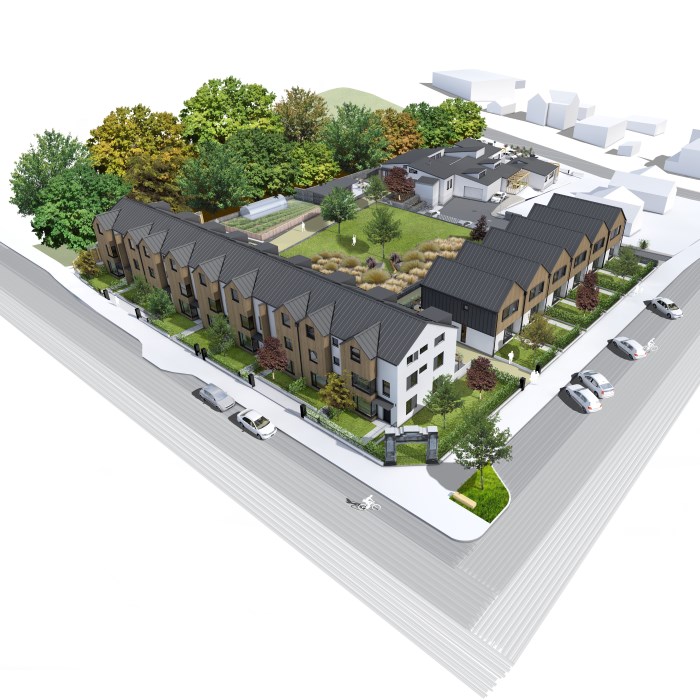 Matthew Cutler-Welsh takes us through three exciting projects that are making an impact in New Zealand.

Matthew Cutler-Welsh of Home Style Green was one of our early guests on the podcast, talking about some of the challenges of creating sustainable urban systems.

Since we last spoke with him, he has trained in building surveying. It has taught him more about building science and he sees it as a positive step that expertise in building science is generally becoming more recognised and utilised in architecture and construction in New Zealand.

“Because what I’ve realised is that buildings are complex systems and they’re a system of systems, and the more we make them controlled environments on the inside then the more we have to understand how the various aspects of physics, basically, interrelate to each other.”

This interest has also led Matthew to his new role working with Pro Clima, where he primarily works to educate and support both the design industry and building industry in their understanding of some of the fundamentals of building science.

Matthew is also on the board of the Passive House Institute New Zealand.

Matthew's first choice to discuss is owned by friends of his – Rochelle and Joel. This one is unique in that as well as physically building the house themselves using rammed earth, they are also targeting the triple prize of achieving the Passivhaus standard, Living Building Challenge and Homestar (equivalent to the old Code for Sustainable Homes or LEED).

Rochelle is an engineer by trade and is very detail focused, hunting down products and details and finding out everything there is to know about them.

Matthew explains that as well as being an amazing home, it will be an incredible resource for the whole industry, leading the way for others to follow.

He says the house, by pushing boundaries, is already making waves and challenging the Council. Meeting standards is generally the path of least resistance to getting permission, but for anyone trying to build a house that actually performs better they may find themselves with an uphill struggle.

“So, if you’re doing something that falls outside of that because you want to have a house that actually performs really, really well, then you have to put in quite a lot of effort to prove to the Council that the products, systems and how everything fits together is not going to cause them any problems down the track.”

Because they're doing a Living Building Challenge, they are able to argue a case for not having to pay fees for Council utilities that they won't be using. They're finding that this is rattling a few cages!

Rochelle and Joel are building a contemporary style of home using rammed earth. The earth is sustainable as it is sourced fairly locally, and also allows them to do much of the building themselves. While it might not have universal appeal in terms of aesthetic and time it takes to build with, it is certainly a unique product.

One aspect is in the treatment of water, where the building systems (natural filtration systems, rain gardens etc) clean the water so that any run-off from the site is actually cleaner than the water that comes onto the site in the first place.

Living Building Challenge also provide guidance on the use of products and materials, which can be a particular challenge in a small island nation, where you're encouraged to use as many local materials as possible. They also don't allow the use of some materials like certain foams and polystyrenes because of the chemical toxicity in the manufacturing process.

Matthew's next choice is a house built in the Waikato region, south of Auckland. It was built by a builder who now works for eHaus, a national brand of Passivhaus building in New Zealand.

Matthew explains that it stands out as being built by someone who clearly has been re-inspired and discovered a new passion.

He describes it as a contemporary home in green pastures and farmland, that has a beautiful design and doesn't look like a Passivhaus.

“But it was really that passion from the builder, the pride and the beauty of the simplicity of this house that really struck me.”

This house has been built as a show home for the construction company, and Matthew comments on how something they are seeing more of, is builders offering a “try before you buy” approach to selling houses. So instead of visiting a show home for half an hour you're able to try it out for a night and experience first-hand how well it performs.

This co-housing group formed in 2013, and they are looking to build 20-25 houses on a 5000 square metre site, which was formerly a high school.

The group have overcome challenges, particularly financial ones, and now have plans for two rows of terraced housing.

Matthew is drawn to this project, partly because of its Passivhaus credentials and sense of community, but also because it is addressing the affordability issue.

“Co-housing projects like this really open up the opportunities for creating community and creating housing that works for people.”

He sees it as an exciting project that could pave the way for future similar schemes around the country.

Matthew highlights that there is a global community of people involved in co-housing, who have done projects successfully and are keen to help on other projects.

And although this, and many other co-housing projects, can take a while to get off the ground, it's actually as much about the process as the finished house.

Find out more about the projects in this episode:

Download a transcript of the interview with Matthew Cutler-Welsh