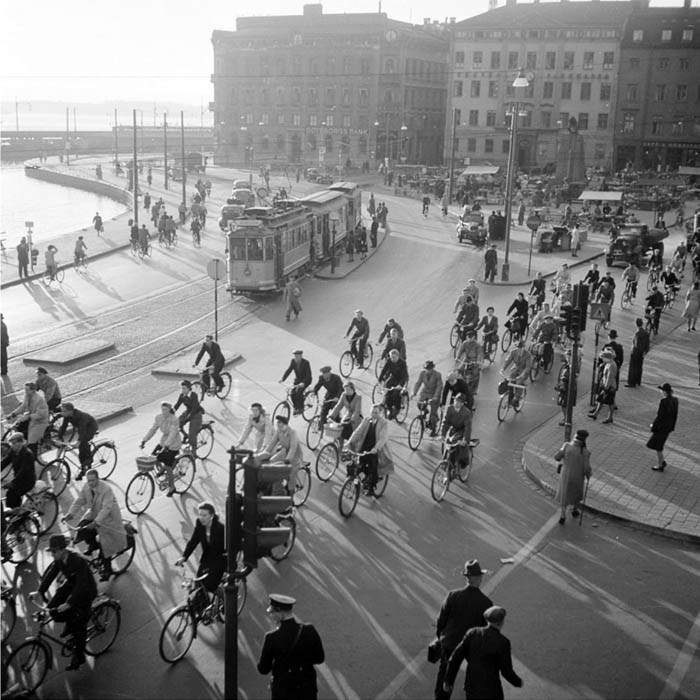 HPH316 : Why we must embrace sufficiency – with Lloyd Alter

Lloyd Alter explains how we can take personal actions to address our own carbon footprints, and why it's more important to do so than ever.

Lloyd Alter is an eminent writer at TreeHugger, a teacher of sustainable design at Ryerson University, and has spent many years working in the built environment field. But for his latest book,”Living the 1.5 Degree Lifestyle”, he has taken a wider view on the behavioural changes we can all make to lessen our carbon footprints and impact on the planet.

Lloyd took umbrage at a headline in the Guardian newspaper in 2017, that said 100 companies are responsible for 70% of emissions. By seemingly laying the blame with the oil companies it took away personal responsibility, and this was something he fundamentally disagreed with. As individuals, we have choices and are responsible for consuming what the oil companies are selling. It's the consumption, not the production that is the biggest issue.

According to a study by Aalto University in Finland, The 1.5 Degree Lifestyle, 72% of emissions come from the choices we make, such as driving and eating habits, and it is these decisions that drive consumption.

The target average carbon footprint is 2.5 tonnes by 2030

Around the same time that Lloyd was reading into the idea of the 1.5 degree lifestyle, the activist and London mayoral candidate, Rosalind Readhead, was trying to live a lifestyle with the carbon footprint that we're going to have in 2050, of one tonne of carbon per year. While he felt that would be impossible to manage, he did think he might be able to achieve the 2030 target and had agreement with a publisher to write a book about it.

“So that basically started the project of what can I do to produce less than 2.5 tonnes of carbon emissions for an entire year.”

It is far easier to achieve in certain locations

By virtue of living in Toronto, Lloyd was already at an advantage over other locations when it came to the impact of his electricity usage. What with its nuclear and hydroelectric power generation, rather than coal-fired plants, the power there is almost entirely carbon-free.

He also lives in a suburb where he can collect groceries on foot, so not driving for a year becomes easier.

This is all in stark contrast to more remote areas just 100 miles away that have to rely on coal power, and vehicles for getting provisions.

Without sufficiency, efficiency is lost

One of the key things Lloyd has learnt through this process is moderation. How much is enough? By looking at life through a lens of sufficiency, you can ask yourself the questions such as do I need to build as big, or buy as much, or drive to the shops when perhaps walking would be better?

A big surprise for him was how, after gas usage, his Apple devices were the biggest contributor to his carbon footprint. Although they're designed to use very little electricity, when embodied carbon is taken into account an iPhone alone releases 80kg of carbon in its manufacture.

“When you look at everything through the lens of embodied carbon, it changes everything.”

Lloyd now questions for example, whether there is a need to keep upgrading mobile phones when invited, when they are still perfectly efficient. And whether a new electric pickup truck seems such a good idea when its 40 tonnes of upfront carbon emissions is equivalent to nearly a lifetime allowance under the 2.5 tonnes that he is allocating per year!

With regards to housing, you could build a house that's really big and efficient, but because it's big it's using more energy than a smaller house would. And although polyurethane foam has the best R value, it has a huge upfront carbon cost, especially when compared to cellulose or straw. This is why it's important to build sufficiently, with the right materials that have the low embodied carbon, and that are relatively local.

People's perceptions have been changed by the energy crisis

Lloyd explains that two years ago when he spoke about Passivhaus, he had to talk about comfort and health, because energy was so cheap that putting in more insulation didn't pay. However, with spiralling energy costs people are far more worried about building for resilience and ensuring that the house needs to use as little fuel as possible.

“If you've got a given budget, and you build better with more insulation and higher quality windows…you're going to have to probably build a little bit smaller.”

An automatic reaction to thinking about this lifestyle approach, is that it will be less enjoyable, but Lloyd explains that this doesn't have to be the case. Whereas he used to enjoy snowboarding, the reality was that he had to drive for three hours in order to get electrically winched up a hill, and slide down artificial snow made with electricity and water pumped up from the lake. He now straps a pair of cross country skis to his ebike and heads for the nearest park.

He is also now eating a lot less red meat and trading it instead for more white meat or vegetarian options. He's not missing the steaks as now his diet is actually more varied and interesting.

He doesn't feel he's trading things for a more marginal experience, he's just trading them for a different one.

The one area he does feel that he will struggle with though, is air travel. The US and Canada don't have such good rail links as the UK and Europe, but the cheap airfares in Europe also make hopping on a plane for a weekend trip very attractive to many people. He thinks this will be the hardest thing for people to adjust to.

“And we're just going to have to change the way we do it, you know, no wild little weekend trips. But maybe you pack them together, take two weeks, go somewhere and really enjoy it and amortise that flight over a whole year worth of carbon.”

Lloyd has had many comments from people who have read his book saying that it's changing the way they live, because these were things they just hadn't thought about before.

For Lloyd himself, one of the greatest joys has been replacing many of his car journeys with using his ebike, and he believes these could have the biggest impact in suburban areas. Other people are sharing his views and he talks of people telling him they've replaced their second cars with ebikes instead.

He also says that you don't have to be rigid about your self-enforcement. If the single biggest thing you can do is cut back on eating red meat, then great, but that doesn't mean you can't have the occasional steak.

Personal actions also set an example to other people. Using the parallel of how smoking has become gradually more socially unacceptable over time, he hopes the same will become true of our carbon footprints.

Privilege can be a blind spot

Lloyd understands that he is in a position of privilege to have been able to make the changes he has without it being too much of a disruption to his life, but he appreciates that's not possible for everyone.

“That's the hardest thing that we all have to look at. It's not to think, well, the example that I'm setting is something that works for everyone. We have to change society to the degree that the structure is there, so that people do have choices that they don't have to choose between food and heat in their houses. We have to make it more equitable and more fair.”

Purchase a copy of Living the 1.5 Degree Lifestyle