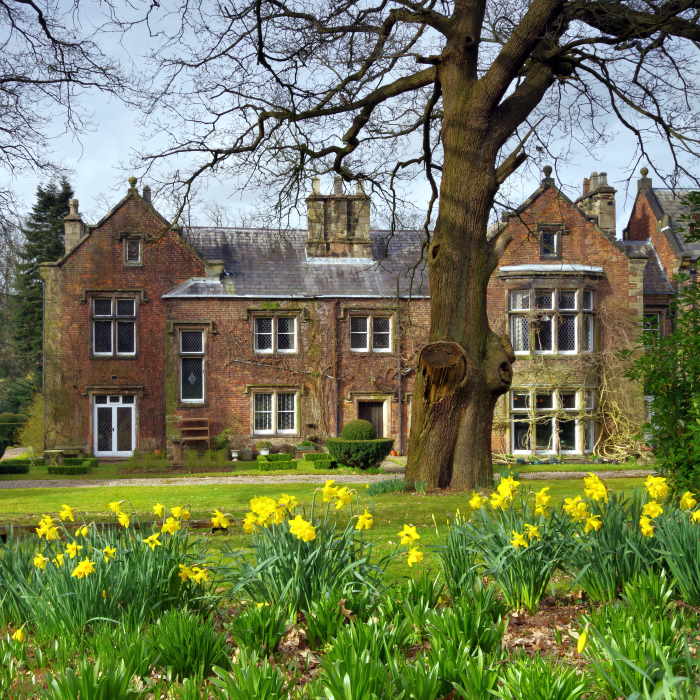 HPH317 : Getting ambitious with sustainability – with Kit Knowles from Ecospheric

Kit Knowles from Ecospheric explains why he is driven to keep pushing further in pursuit of sustainability in building projects.

Despite his university education and early working life being in the field of chemical engineering, Kit quickly realised that this wasn't for him. So, around 14 years ago, he committed instead to renovating and decarbonising a newly acquired 1909 arts and craft dwelling while he considered the direction in which to move his career forward.

The SuperHomes network and trade shows provided information and inspiration

Kit took an external wall insulation approach to his property and came up with a detail using three layers of Spacetherm with a PIR backing board. This would keep the profile relatively slim and maintain the aesthetic of the facade.

In order to fully research his proposed methods, he gathered information from attending trade shows and visiting homeowners of SuperHomes. SuperHomes is run by the National Energy Foundation, and is a charity that permits homeowners to join the network if they are able to reduce their home carbon usage by 60% or more. They are then able to open up their homes to share their methods for other people to reapply the solutions to their own properties. Kit credits SuperHomes with putting him in touch with a network of people where he could find out what others were doing, what they weren't doing, and how he could push it further.

Getting hands-on in the project working alongside his team of builders meant that Kit had a great insight into specification details and why they were often flawed when it came to installation, thus leading to a performance gap.

When Kit opened his own home as part of the SuperHomes network, he realised there were a large number of problems that he had solved, that other people hadn't. So when he had five or six people asking for his help in explaining how he had done it, he decided to establish his own consultancy, although it did take him another few years to master the dark art of timber and damp!

Clients can dilute the environmental ambitions

Coming in late to a project is problematic because many decisions have already been made and there is little desire to start over. On one particular mansion he was not able to have any impact on the design of the house and his only option was to look to renewables for efficient energy generation.

He had however managed to keep everything on a single-phase power supply rather than a three-phase… until at the last minute the client decided they wanted to heat the stair treads, which could only be done with direct electric, resulting in tipping the whole system over!

From that point, Kit focused on how to develop more meaningful decarbonisation projects, and key to this were his interactions with Kevin Anderson from the Tyndall Centre. His advice was based on the iPhone effect of creating something that people didn't know they wanted or needed, and then when they had it, couldn't do without it. The only way to do that was to have full control over these builds and treat them as demonstration projects.

And so the development arm of his business began, kicking off with Zetland Road. It was everything they had learned up to that point, put into a single project to see how far they could go. Despite not chasing Passivhaus certification, they ended up with Passivhaus Plus, together with eight world firsts.

“Here, we were trying to get the combination of the technology with the look and feel. If it's a bland Germanic box, it wasn't going to revolutionise anything. It had to be old, it had to feel authentic and original. And it also needed really to be pretty sexy.”

With the construction industry being the largest contributer, at 40% of the country's carbon emissions, Kit wanted to narrow down further into where the biggest carbon reductions could be made. With existing buildings being 80% of that amount, they could keep breaking that down further to select the projects where they could make the most impact. Of particular interest to him were the around half a million or so Grade II listed buildings.

Lymm Hall is giving him the chance to trial new approaches

Kit considers himself an opportunist, so when the chance came to purchase the Grade II listed, moated, 1570 country house of Lymm Hall, he and his family relished the chance to take the project on. It also came with a paddock that had planning permission for five detached new builds.

Their initial modelling estimated the energy usage would be around 470 kilowatt hours per square metre to heat to 20C all year round!

Trying to reduce that as far as possible has led to some fascinating innovations, such as developing a method where you can co-pressure test just one room (using the Pulse method) which means you don't have to test the whole building. This means they can tackle different rooms in different ways and compare directly what their performance is like. For example, some floors they'll be able to use underfloor insulation, whereas others are decorative floors that are protected under the listing so can't use that approach. This should give them the ability to treat the areas in different ways and have a scientific method of comparison.

“For the first time, we'll actually have granularity over which components of upgrading a building made the most significant difference, because up until now, as a consultant, I can say, well, if you combine all these things together as a holistic approach, you will go from x to y in terms of performance, but what I can't say is specifically out of those 10 things we do to your building, which is the first and the second and third most effective. It's very, very difficult to get that granularity which this will offer.”

Achieving Passivhaus Premium on multiple dwellings will be a world first

Alongside the main Lymm Hall project, they are also building their five detached houses in the paddock using modern methods of construction without any petrochemicals or concrete, with the ambition of achieving the Passivhaus Premium standard. There aren't currently any Passivhaus Premiums in the UK, and to achieve five on the one site would be the first time that has been done anywhere globally.

Another project is a series of barns that they are converting for ecotourism and making completely off-grid for water, electricity and waste.

They are also working on an old sorting office in Levenshulme where they are trying to create the world's first zero waste, zero energy food hall. It will have multiple kitchens, restaurants, brewery, roastery and zero waste deli.

Kit is very aware that agriculture is also one of the largest contributers of carbon emissions, and is working alongside clients to do a lot of work around food and energy. This is around agroforestry in the main, looking at building products and food production, and also large scale energy production from estate lands.

Download a transcript of the interview with Kit Knowles