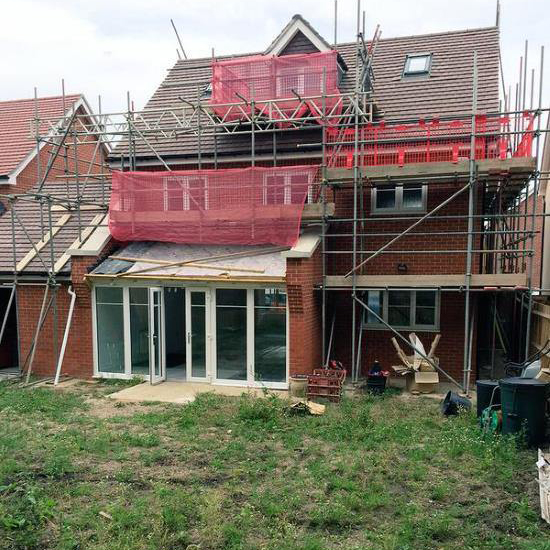 HPH099 : My New Developer House has No Loft Insulation - with Luke Mahon

It has been almost a year since Luke Mahon took ownership of a new-build developer house, which he soon discovered lacked insulation! He talks us through his experience and the ongoing battle to get the house completed. 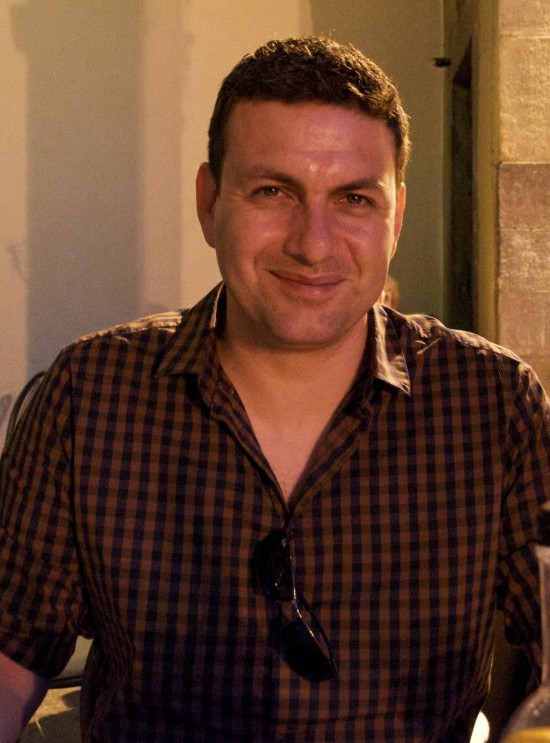 The Property Location and Size Were Ideal

The development was in their target area between Heathrow Airport and Reading town centre, whilst also being close to countryside. After being impressed by a show home on a similar development and hearing good reviews from his wife's grandparents who had been very pleased with their own Taylor Wimpey home, they decided to purchase the property.

Within a Month the House Seemed Unreasonably Cold and Draughty

The large master bedroom in the eaves had been one of the reasons Luke was drawn to the house, but by the October (within a month of moving in) they were going to bed shivering from the cold and the breezes in the room. On investigating an area of the loft, Luke discovered there was no insulation! 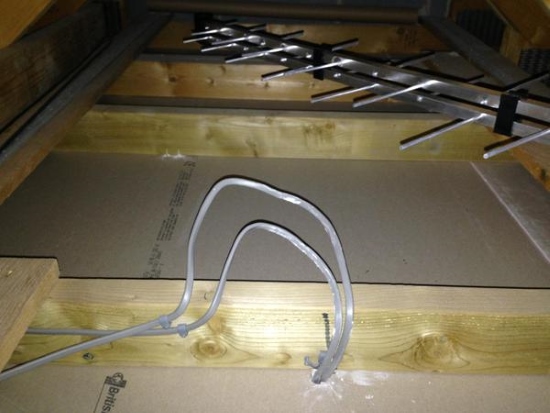 The developer agreed to rectify this but Luke was insistent that even after insulation was added to the loft space it was still uncomfortably cold and was convinced it was still lacking in insulation. Luke describes how after much arguing they agreed to cut holes in the walls – and sure enough, found no insulation! After they stuffed some insulation in there and patched up the holes, Luke was desperate to have the work completed before his family arrived at his house for Christmas, and says on the last working day before Christmas he was given paint and a roller to paint the walls himself as all the painters had gone home.

Initially the list was at around 150 items, but over time they discovered many more. While some were very minor and things they would have expected in a new house, others were significant. The list included: cracks on walls, plasterboard not properly matching, toilets in the wrong place, wrong tiles being laid, windows at an angle, doors needing to be replaced, walls needing to be rebuilt as they had been erected incorrectly / at the wrong angle / wobbly because they didn't have enough studs in them, air bricks too low to the ground or even underground etc. 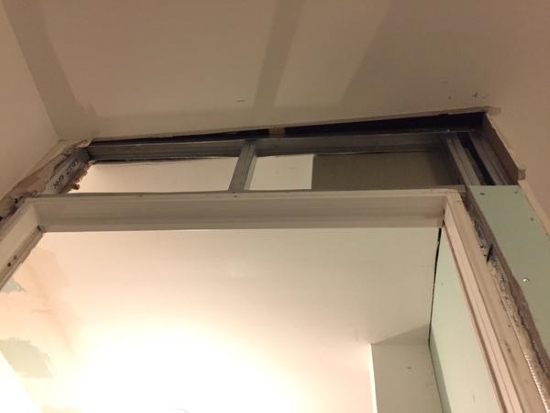 Luke Used His Marketing Experience to Get His Voice Heard

Luke says he was tired of repair works not progressing and his calls for action being constantly ignored. As they live close to the show home he put up posters in his window to alert potential purchasers. This caught the developer's attention and Luke says for a period of a few weeks there was communication and numerous promises but that he grew frustrated by this only resulting in minor things being attended to, at a slow pace and a poor standard of work.

After trying unsuccessfully to resolve the issues through the on-site customer services representative, regional office and head office, Luke started his @MyHouseSucks Twitter account. He feels that it is only because of this and the media coverage it generated that he has been able to make any progress. 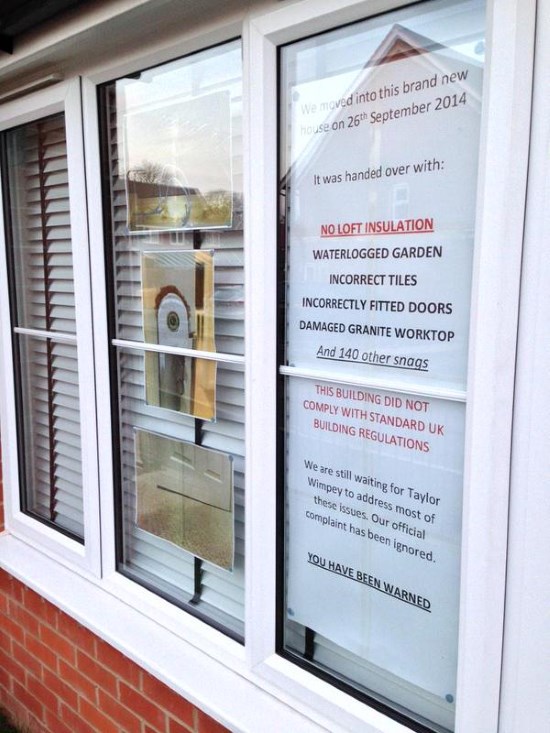 Poster in the window of Luke's house

His House Was Not An ‘Isolated Incident'

Luke says he had been told by the developer that the other houses had been checked and didn't suffer from a lack of insulation and that his house was an isolated incident. Through his Twitter account however Luke discovered his neighbours in the development's first phase were having similar problems and claims that, despite knowing this, they continued to build further houses on the development with no insulation. Tweets he received from owners of homes built by other developers, led him to believe that the “isolated incident” tactic is commonly used to discourage people from talking to their neighbours and uncovering the extent of deficiencies. 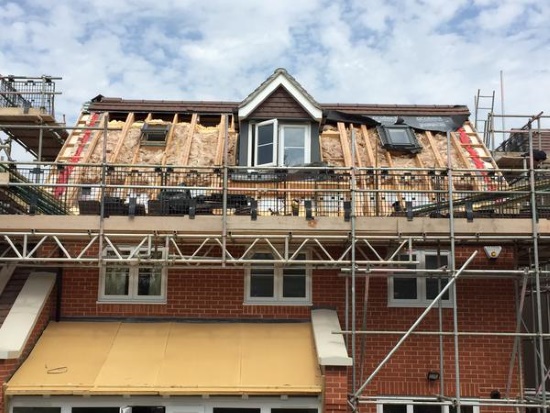 Insulation going into the roof space 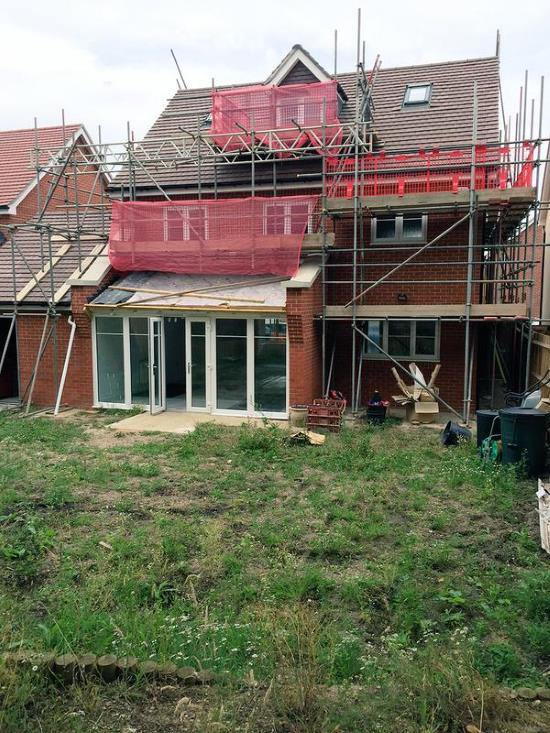 A Thermal Survey Was Conducted

It had not been possible to have a survey of the property before completion of the purchase. Luke says he had requested one but that access was refused as it was an active building site. He pushed later for a thermal survey which uncovered the extent of the problems.

Rectification works at the house have involved 14 weeks of workmen on site, a further 4 weeks where they had to move into alternative accommodation, and are currently going through another 4 weeks of backfilled soil being removed. In total, Luke estimates these works have probably taken longer than it took to build the house! 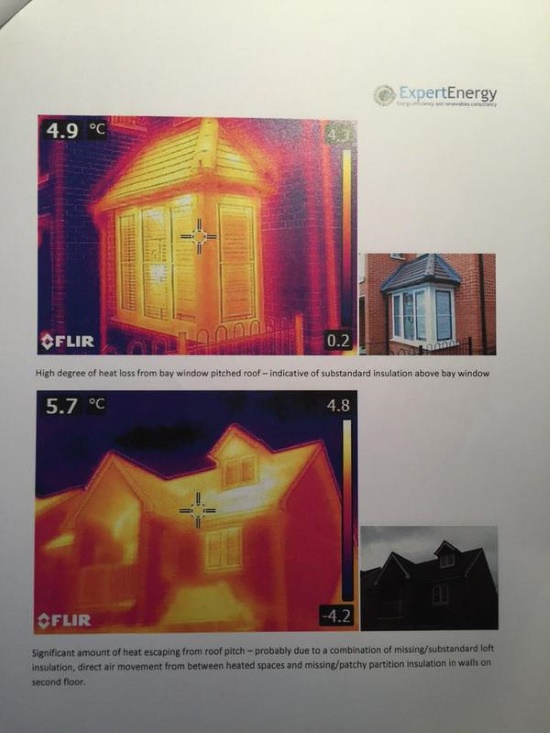 Thermal image after some initial rectification works had taken place

Luke Questions the Role of the National House Building Council

These buildings aren't signed off by the local council building regulations department, but by the NHBC (National House-Building Council). Upon contacting the NHBC, Luke was told they would have noted the lack of insulation and asked the builder (verbally) to resolve the issue.

Luke is shocked, that not only did they sign off his property which clearly didn't meet building regulations, but also those of his neighbours, and all of those that he says the developer knowingly built without insulation after discovering the omission in his own house!

With the NHBC being funded by the house builders, Luke asks of the situation:

“These large companies who snap up all the land, build these sub-standard properties, get them signed off by a body that they're paying for to sign them off, that don't meet building regulations and that's all fine?”

Almost a year after moving in Luke says they are down to around a final 10 items on the snagging list so he can see an end in sight.

“I'm so far beyond angry now. I was angry, probably a few months ago. I'm beyond that. I'm dispassionate about it now because it's taken so long, it's become part of my life.”

Despite that, Luke foresees that once the works are completed he and his wife will be happy in their home. The reasons why they chose the house will prevail – ie the space, the light, the size of the garden, it's location backing onto natural parkland.

“And actually throughout all this kind of arduous year of hell, we've really built a really nice community here within this first phase because we've all got to know each other as neighbours and it's a really great community of people here. So because of that it actually does feel like home.”

Download a transcript of the interview with Luke Mahon.