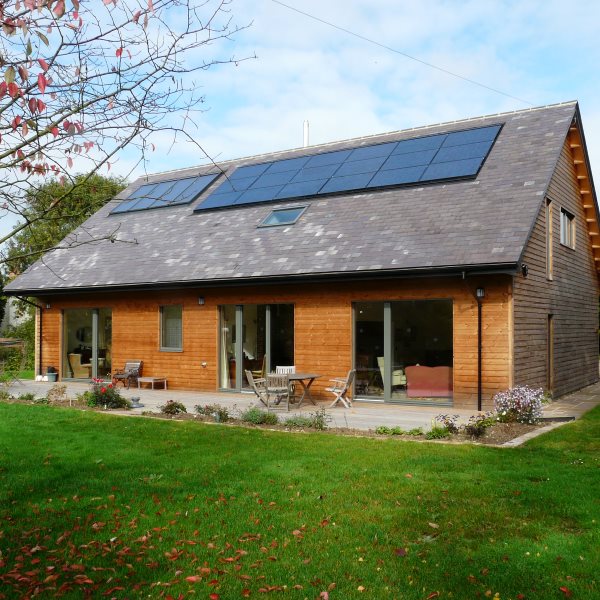 HPH043 : Building an Energy-Efficient Home on a Tight Budget - with David and Penny Learmonth

David and Penny Learmonth share their experience of building an ultra low energy home on a budget. They also project managed this themselves. 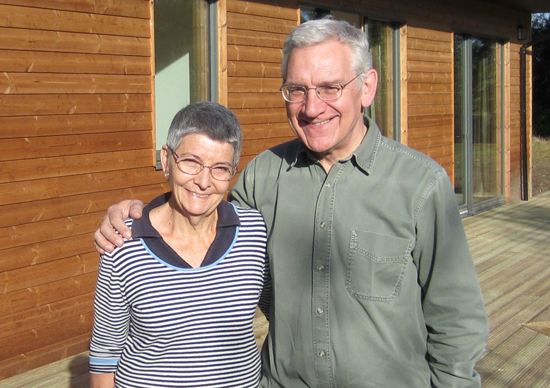 Interview with David and Penny Learmonth

David and Penny Learmonth have tackled three renovations over the years and this gave them the confidence that they could manage a new build project, creating an energy-efficient home for their retirement.

Initially they were inspired by John Christophers' Zero Carbon House in Birmingham. 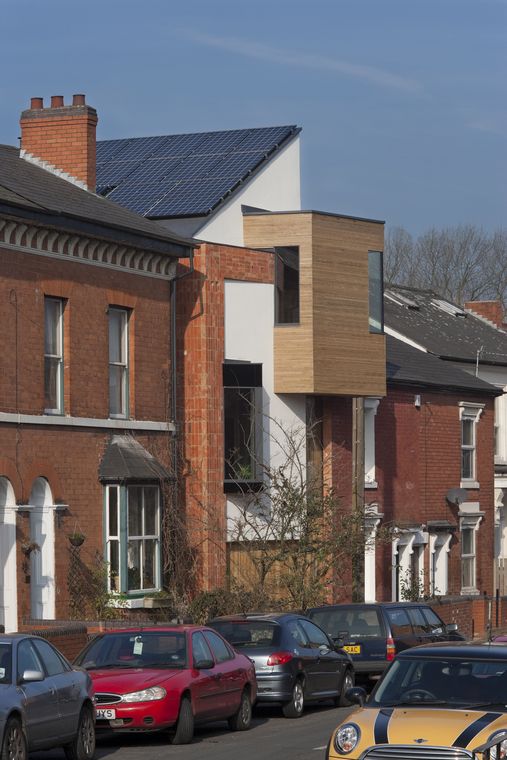 They Seized an Opportunity to Build

David and Penny lived in a listed property in Essex, UK, but around 2007 the planning envelope for their village was extended.

This meant that a paddock that they owned now fell within this new boundary and they were starting to get calls from property developers.

Instead of selling, they decided to take on a project themselves, which would also be an opportunity for them to build a more comfortable house with lower running costs.

A Simple Form is Easy to Make Energy Efficient

As the new house was going to be built next to the listed farmhouse, there were restrictions on what they could build.

After their initial design was turned down, their architect came up with a house that looked a bit like a calf barn. It would be clad in timber and have a slate roof.

The building was rectangular in shape, which was perfect in terms of energy efficiency.

David explains: “It’s very fashionable these days, as perhaps you’ve noticed, lots of gable ends and dormer windows, complicated shapes that of course makes it very difficult to build an efficient house because you have got all the risks of thermal bridgings and insulations and nasty corners to get round.” 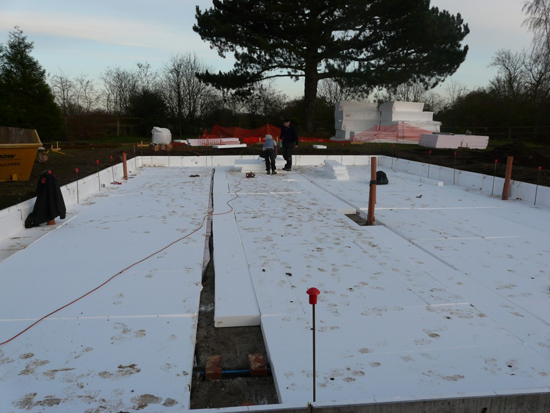 The insulation layer goes down

A Tight Budget Meant They Had to Spend Their Money Wisely

This build was financially driven, because the company that David used to work for went bust, owing its pension fund quite a lot of money.

Using savings and inherited money they worked out that they could do this if they were careful. They would then sell their old house to fund their retirement.

So they spent their money on the things that really mattered: the fabric of the building.

For example, the light fittings they chose were bottom of the range as were the doors and sanitation. The big advantage of doing this was that these items could be easily upgraded at a later date.

Their House will be Adaptable to Changing Circumstances

After caring for her parents, Penny reflects on how people need more space as they get older.

So their simple and open plan layout allows for wheelchair access or hoists (and so on).

Although they have bedrooms upstairs, the house is essentially a bungalow and so they could easily live on the ground floor. 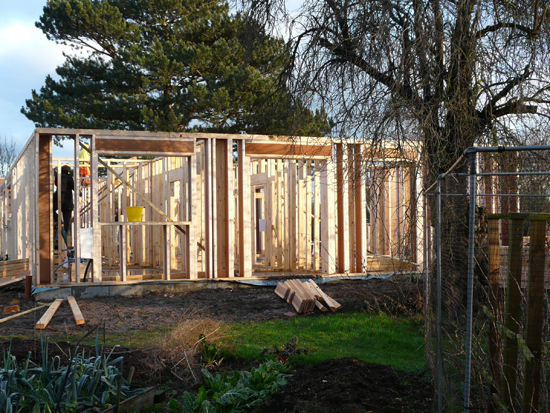 A Local Sustainability Network was a Great Resource

While at a Christmas party a friend recommended using local resource The Uttlesford Sustainable Homes Network.

Although this hadn't shown up in any of David's searches online, this website proved to be a tremendous help. From it they found their main contractor (Touchwood Homes), heating contractor and architect.

Understanding the Sequence of the Build is Important

David gives an example of how the big thermal store had to be put in place before some of the walls.

If this sequence hadn't been taken into account there may have been issues with decorating because once the thermal store was in, it would be difficult to get to a lot of the plasterboard. 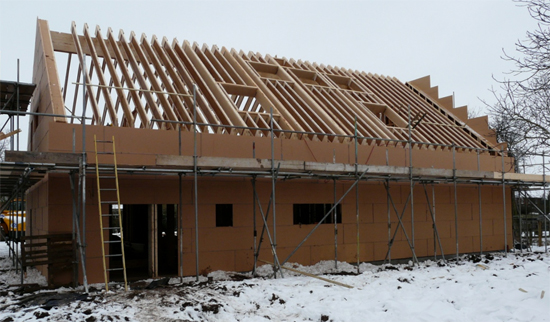 In order to create a zero carbon house, David and Penny wanted to move away from fossil fuels such as gas or oil for their heating and hot water.

So they use heat from the sun for part of the year and heat from a log burner for the rest (as they have a plentiful supply of wood).

In the summer, there is no need for heating and the solar thermal panels provide all the hot water they require.

When they get into winter the log burner is the heating source. As the heat goes into the water, too, there is little chance of the house overheating (because it is so well insulated).

Although they have a lot of wood, eventually there's likely to come a time when they have to buy in wood. If the job is becoming too much for them in their old age, they could always replace the burner with a pellet burner. 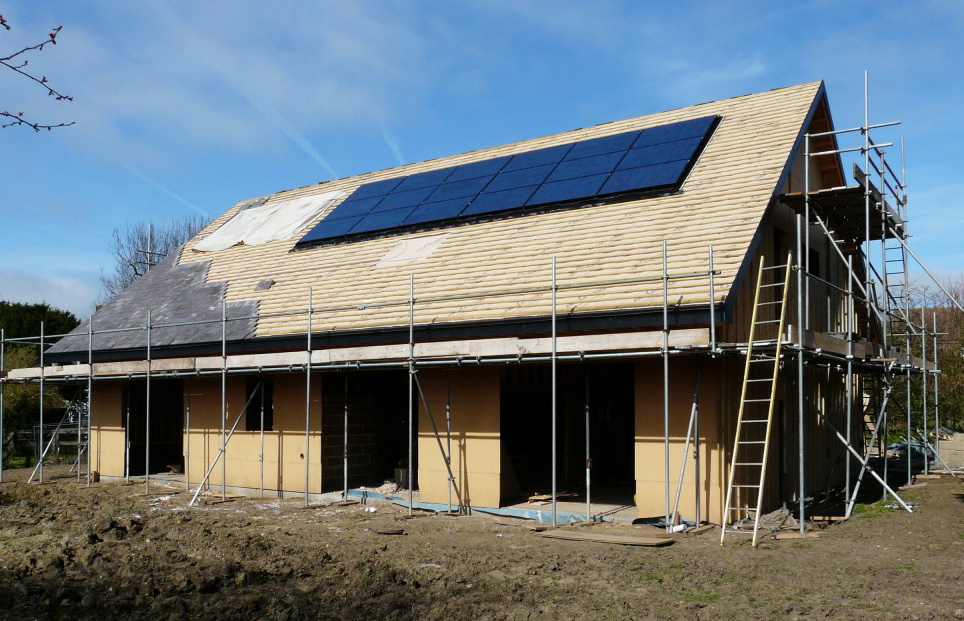 The solar thermal panels are fitted

As it's an airtight house mechanical ventilation is necessary.

This is a low technology piece of kit that only needs its filters to be changed every so often. David stresses why this is done: “You get an interesting collection of insects on the filter with the air coming in. You get a rather depressingly grey sludge on the filter of the air coming out of the house, which I was excitingly informed was mainly dead skin, a really unpleasant thought but obviously you’ve got to protect the matrix from getting dirty otherwise it’s not going to work.”

Once the Build is Underway, Don't Change Your Mind!

In the early stages, carry out thorough research and keep on refining your design.  This ensures that once the ground is broken everything should run smoothly.

Resist the temptation to change your mind halfway through as this can be when things go wrong and money vanishes. 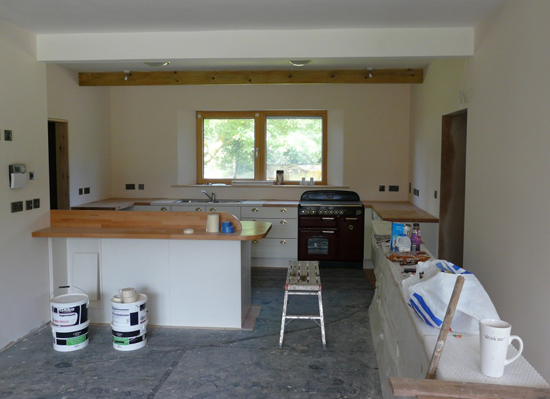 Check All Items as They Arrive on Site

The only significant delay on the project was due to the stairs. Although they had arrived in good time they had not been unpacked. As the spindles were wrong the whole lot had to go back and this had a knock-on effect.

It took about a month to get the stairs back, by which stage certain workmen had finished on site and so David and Penny had to wait until they were able to return.

Overall this cost money because they weren't out of their old house. 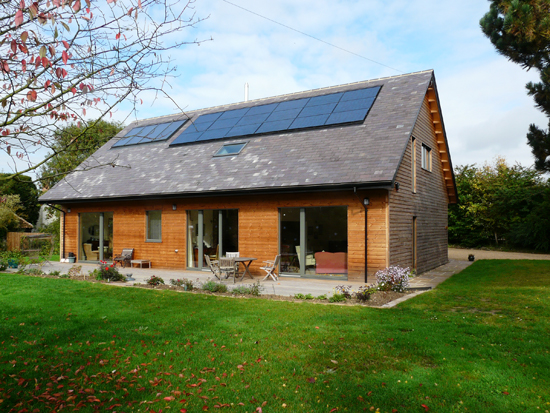 Download a transcript of the interview with David and Penny Learmonth.

What has inspired you to take on a low energy project?