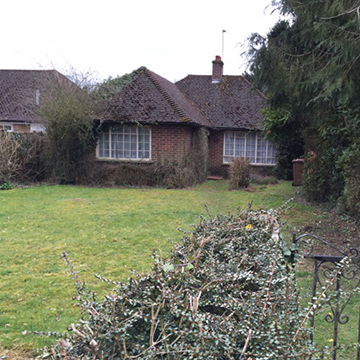 Ben discusses the frustrating reality of watching developers build thousands of uninspiring houses in his home town, while he struggles to find a single suitable plot on which to build his dream home.

If you’re building a house in the Outer Hebrides, then you’re probably spoilt for choice when it comes to plots of land. But if, like me, you’re hunting for land in a place of greater demand, the job becomes much more challenging.

When I first set the personal deadline of building an energy-efficient home before my 40th birthday, I made the decision to dedicate the first couple of years to researching the process, rather than jumping in feet first.

It seemed a sensible way of making sure we didn’t make an expensive mistake, so we’ve only been actively looking for the past six months. However, we’ve quickly realised that finding a plot to build on is both challenging and time consuming. So now I wish we’d started looking sooner!

I’m sure it’s easier if you’re more flexible, and prepared to move wherever you find a great plot. But when you need to refine your search, like we have, and want to live in a particular town – and in our case, one that’s close to London – it becomes much, much harder.

The one time we did find land that was in a great location and gave us most of what we were looking for, four or five other people put in offers above the asking price, which I already thought was too expensive.

Some of this is probably down to me being unrealistic about how much land is in the South East. But it’s the tough reality that many self builders face.

It seems crazy that I could invest a lot of money in a plot of land and actually if I’d bought a house with the same money somewhere else, I’d probably be getting better value (in terms of location, time saved, etc.). 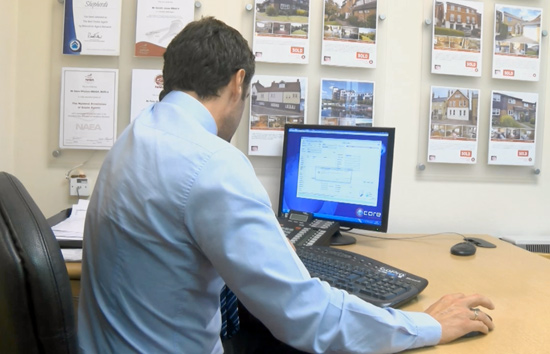 Estate agent Steve Whyman says the three priorities of most people buying a house is ‘location, price and availability'

Which brings me on to another obstacle – availability. Or the lack of it.

There really is very little to choose from. You go onto plot-finding websites and are immediately tied down to just a couple of spaces.

It’s a strange trade off that you have to put so much money into land where you’re forced into just one or two pockets. If you used that money to buy a house, you’d be able to live anywhere in the area.

When you go to these plots, it’s immediately obvious what’s wrong with them. One we saw was on a very busy roundabout on one of the main roads in our area. If you’re putting all this money in, then it needs to be something you believe in or at least be a good step up from what you already have.

Also, any land that’s being advertised on the internet or in an estate agent is likely to already cost a lot more. One way you can make it work is by finding your own plots. For a self-build first timer though, it’s extremely tough.

We found a plot we liked in a village called Hertford Heath. It was a piece of land at the edge of the village that looked like it could be a nice plot. After some research, we discovered it was owned by the council. We asked about buying it, but they were reluctant to even release a tiny bit of land for our purposes.

Another way to beat limited availability – in theory – is to find a house on a good plot that could be knocked down and rebuilt. The plot that we put the offer in on already had a bungalow on it that was run down, as no one had lived in it for 15 years.

It was clearly ripe for knocking down and starting again and stuck out for anyone looking to build their own house. Environmentally, it worked for me too. It was just a shame it worked for the other people looking for land, too. 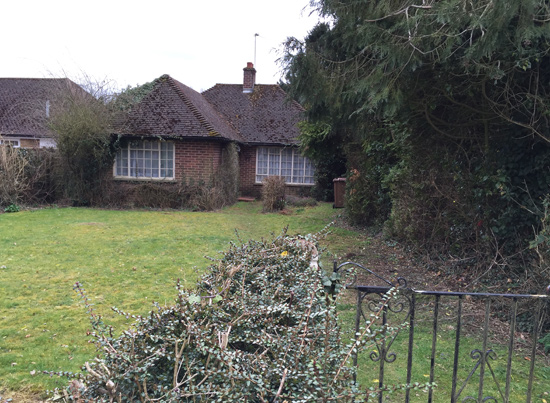 The plot we should have fought harder for!

Another thing you could do is be creative and spot an opportunity, such as cobbling sections of gardens together. One thing we briefly considered was buying a row of old, run-down garages that sat in a line of houses. But after a bit of reflection, it was too complicated for us as first timers. We just didn’t have the knowhow to acquire them all from multiple owners – and run the risk of buying nine of them and then being held to ransom on the tenth!

Which brings us to another barrier to self building. All of this searching takes time. And when you’re working full time or running a business, you don’t have a lot of that. I’d love to discover how other self builders find the time to do this. If that's you, please leave a comment underneath this article. 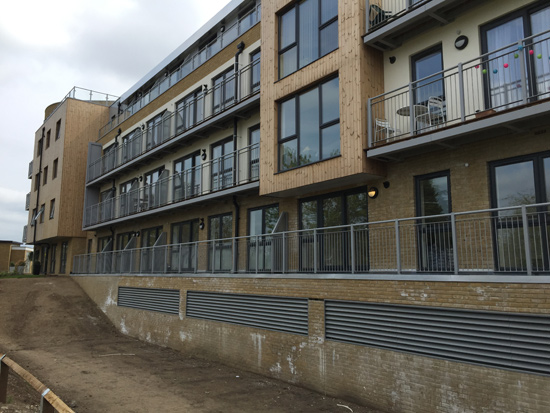 One new development in my area

One thing that really bugs me is how developers seem to be able to find the land to build on easily enough.

It seems weird that I see so much low-quality housing being built, while I can’t find even a small plot to build something that will be environmentally friendly and also good for the area. Developers are building standard housing here en masse, but self builders find it tough.

My concern isn’t just for me, but for all the other ambitious, creative and environmentally conscious self builders out there.

It’s fair to say that when you build your own house, the quality is likely to be much better than any developer. So when you think about this ratio of developers against self builds, it really makes no sense.

We need to find a way of getting more land for these self builds. Without some intervention, it’s very difficult to see how this will change.

It’d be great if environmentally friendly self builds could build momentum. There is some interesting stuff going on in places like Graven Hill, near Oxford, where there’s a big group self-build scheme that’s been organised by the local council.

I hope this scheme serves as a model of how we could be doing things, but as it is a pioneer inevitably things move slowly. At least one advantage we have in being out on our own looking for a plot of land is that we have the ability to move quickly if we need to. 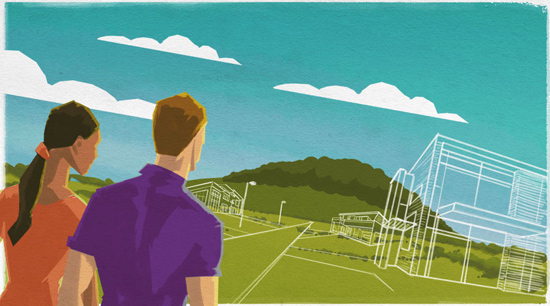 In terms of our own search, we’ve definitely become less fussy. But when you’re spending a lot of money, it should be okay to be choosy.

What I want ultimately it to be in the the right location, close to my home town of Hertford. We love it here and have built up a large group of friends, so it would be sad to lose that.

So, it’s location first. Then, ideally, I’d like it to be flat, not too near water, on high ground and with a good, south-facing aspect to build a Passivhaus. Ultimately, we want somewhere that feels right.

In a way, I regret not putting more money into the house and land I described before. At the time I thought oh god, that’s expensive. But it might have got me moving if I’d just said, okay let’s build this house.

No one’s new build dream becomes reality without land. You can’t even start designing your house until you’ve found a plot to build it on.

If we’d built a house before, maybe we’d have more experience of how to really make it happen. But as it’s our first time, every challenge is that little bit harder to solve. It’s also quite scary that there’s a chance you’ll buy land only to find later on that you can’t get planning permission for your new home.

Despite all these challenges, I’m still determined to create an eco-home for my family before August 2016, when I turn 40.

My business, Regen Media, is all around construction. So I feel these challenges are holding me back. If I can’t progress with my project, I’m missing out on valuable learning time as well.

We’ll keep searching until we find the right plot to make our dream reality. People do get lucky – and we’re really hoping some of it rubs off on us.

Have you self built a house? How did you find the time to hunt down a suitable plot? And what tips would you have for fellow self-builders? Please leave a comment below.