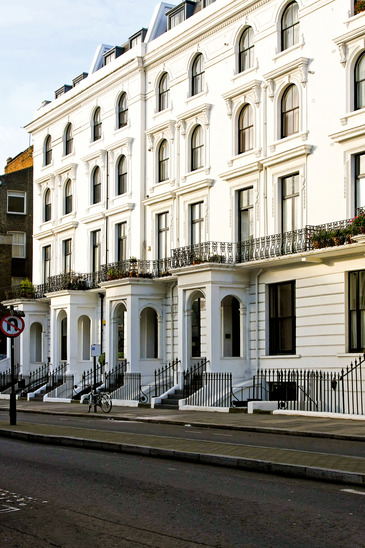 What Houses Would the Victorians be Building Today?

One of the funny things about my exploration into what houses we should be building in the 21st Century is that I hear the same messages crop up time and again. This is actually good for me, as someone who's learning about energy efficiency and sustainable design, because it reinforces the wisdom.

If I only had one message to pass onto a newcomer to self building, it would be ‘to minimise the amount of energy your house will need before even thinking about generating energy.'

While this has been a message I've heard repeated in various guises from my early podcasts up until now, do I really understand how far you can take this concept? Probably not.

This is where our podcast episode with Jonathan Hines from Architype is fascinating. I've always thought of minimising energy losses as taking a fabric first approach (really good insulation, airtightness, mechanical ventilation with heat recovery, etc.) but what I didn't understand is that this means the design, too. The endless possibilities of the building's form, for example, will each impact on the energy use. So design decisions can have major repercussions. This is why an emphasis on simplicity should lead to a more energy efficient building. This doesn't mean boring but something that is elegantly simple (as Architype like to say). It's a process of refinement.

That's where I want to consider older houses for a moment. I have always been drawn to period properties in preference to modern houses but have not yet fully appreciated why. Perhaps I've hit on part of the answer in my conversation with Jonathan. He mentioned last year's RIBA Future Homes Commission study:

“It reported some very interesting findings, that people liked the idea of a modern house but they tended not to buy them because what they saw in them was of poor architectural quality. So the things they like in a house are light airy spaces, high ceilings, you know, good sized windows. Now they see those in a Georgian or Victorian house and they don’t see those in the new houses that they look at. So they’ll buy an old house, albeit it’s cool and draughty and it’s going to cost a fortune to heat because the architectural qualities there overweigh those sort of practical things. My belief is that if we can combine the practical things of energy efficiency and lower running costs with good architectural quality then we are on to a winner.”

This is really interesting if we consider what was going on around the time of the Georgian (1714 – 1830) and Victorian (1837 – 1901) eras. It was the years of British Empire and also the big changes set in motion by the Industrial Revolution. Energy was not an issue. The world's wealth was brought back to London and this was reflected in the grandeur of the architecture.

In today's world things are very different. Our population is increasing at the same time as we're squandering our fossil fuel reserves. A lot of materials are finite. Would the Victorians follow the same path now as they did back then? I would argue that it wouldn't even cross their minds. They'd be looking to what would be the most sense now for the situation we face.

It does seem to me that there are always people with the right answers out there. We just need to find them and listen to what they have to say! That said, I really urge you to check out my interview with Jonathan.