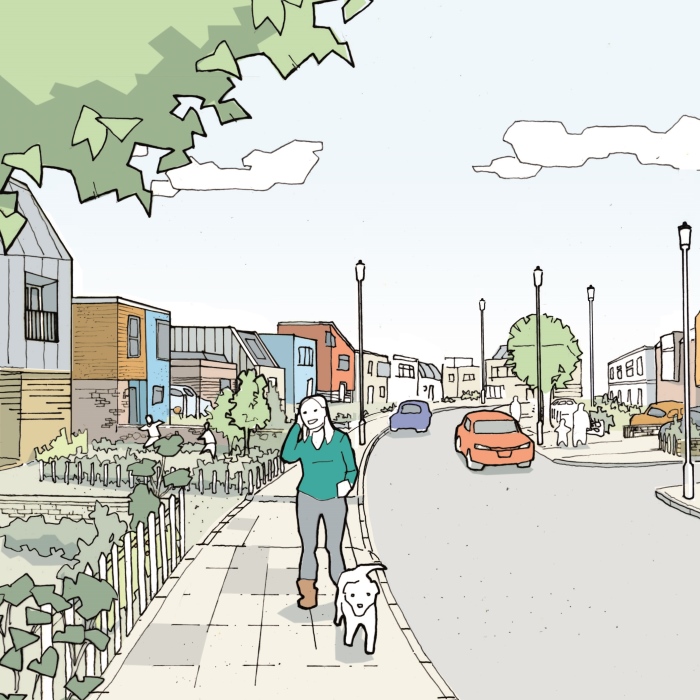 HPH137 : Opportunities to self build at Graven Hill – with Philip Singleton

Philip Singleton, Managing Director of the Graven Hill Village Development Company, talks us through what will be the UK's largest self build housing project. 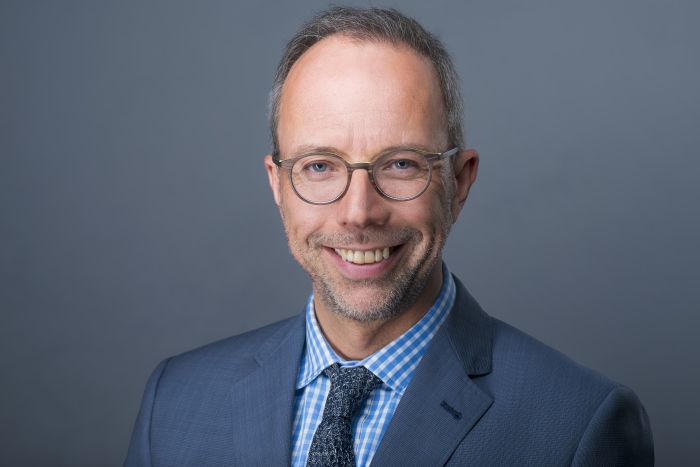 Philip Singleton has a 14 year background in architecture followed by a further 14 years in management roles, covering delivery of projects, town regeneration and town planning.

Since January 2016, Philip has been responsible for leading the delivery of the UK's largest self build housing project, which is at Graven Hill, near to Bicester.

A coming together of 2 public sector opportunities

The project began a few years ago thanks to the political engagement and ambition of Cherwell District Council. They had been looking for an opportunity, which they found with the Ministry of Defence's decision to sell a 188 hectare piece of land which had previously been a substantial distribution and storage space for military equipment.

Cherwell District Council created a private company, the Graven Hill Village Development Company, to buy the land at market value, fund it over a 10 year period, and look for a return on its investment. The company has the freehold on the land that they are acquiring over a period of years, in phases, from the MoD. 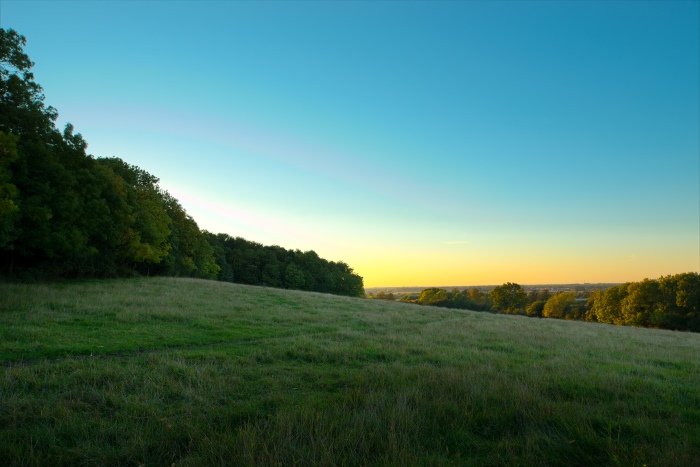 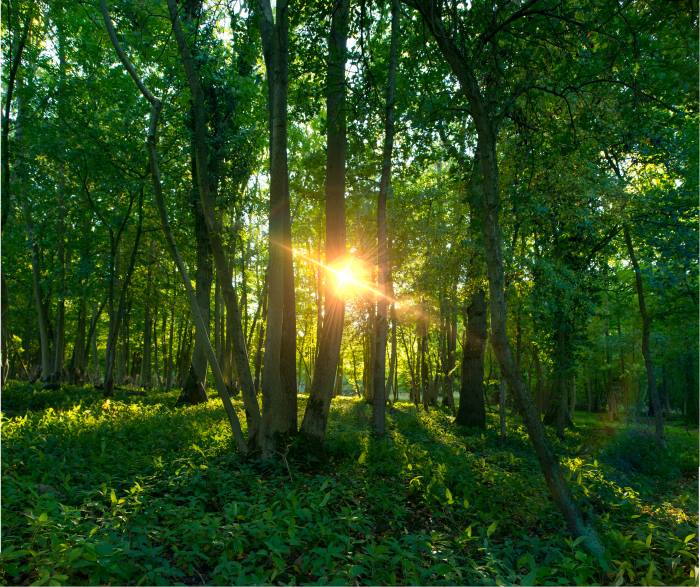 “So the background was that there’s a vision, there’s a site opportunity, there’s a growth in the town, a great location, and then invest and set up in what’s been a small and growing private development company to execute and deliver the idea over a 10 year programme.”

There will be heavy investment in the social, economic and physical infrastructure

With millions of pounds already invested and continuing for a few years, it will be 2 or 3 years before the company see any return on that investment. They are spending money on the road infrastructure within, on the edge and beyond the site, the services and drainage, creating a primary school, a community centre, allotments and an orchard. And as well as providing individual plot opportunities they are also creating 30% of all the homes.

It provides an opportunity for enterprising people

The first release of plots is scheduled for 22 August 2016. The infrastructure will then start being rolled out in the autumn and those who have reserved plots can access them from August 2017. The land will come with foundations (as designed for the individual's proposal) and services in place. Philip explains the time in between can be put to good use in terms of working with an architect on design development, perhaps looking at custom build opportunities as well as managing costs.

While it is a long customer journey compared to buying from a volume house builder, it is enabling people to “really have the opportunity to build what they want, not what they’ve always had to buy.” They have recently appointed a sales team who will be working closely with the delivery team. They will be able to communicate with customers about their individual situations, finances and timescales, and make sure they have the ability to buy at the time required.

With the market value of similar 3 bed detached properties in the area being around £375,000 and estimates for developing your own self build or custom build on the site for closer to £300,000, it is clear there are opportunities for owners to make a profit in the process. However, Philip is clear that they intend to sell to individuals, and not people wanting to use it as their own development opportunity. While there might be families, or people that want to group build and have an association of interest, they have systems in place to wheedle out those who are using it purely as an opportunity to make a financial gain.

The original masterplan for the site was created by the MoD. There is also a design code which sets out how the overall mass of a house can look relative to its neighbours, its position on the site and the pallet of materials that can be used according to the site position. The masterplan and design code gave comfort to the local planning authority so with such criteria already being outlined, they have been put into a Local Development Order and are able to say that if these criteria are met planning approval will be granted within 7-28 days.

Removing the planning and foundation risks can be an advantage when it comes to securing finance from a lender.

There will be a diversity of choice

The company are providing a number of options to customers. As well as the “golden brick detached” option of the plot with foundations pre-laid to the customer's requirements, they are also offering a “tailor finished product”. They are developing terraced apartment blocks and giving people the option to work from a menu to decide how the interior of their home might look, including number of bedrooms, kitchen and bathroom type, etc. They will then be handed the keys to their home that has been designed to their own internal specification. 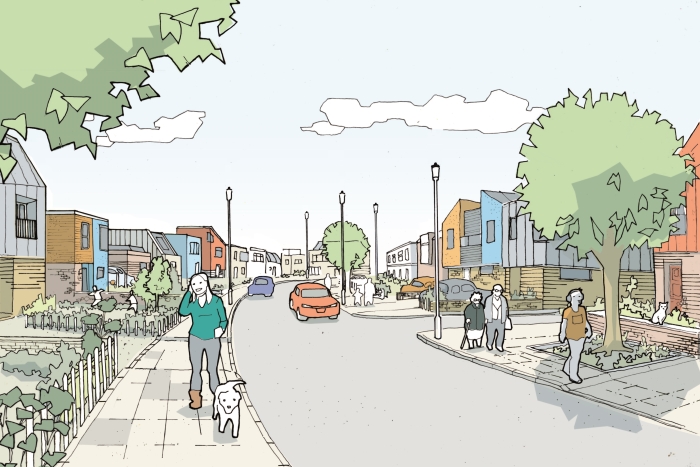 It is hoped a micro economy will be created

The site is in a great location with Bicester being a growth town with 2 stations connecting it to Marylebone, Birmingham, Oxford and in a few years time, Cambridge. It also has useful links by way of the M40.

Philip explains that in addition to being well connected to other areas he is hoping that there will be a diverse micro-economy of people that have built their homes and also want to work from the area too. The apartment blocks will be at the centre of the village, with the ground floors being dedicated to retail and to live/work space.

“Graven Hill is all about a community of builders building a community. Because I think the purpose and interest is very common between all those self builders before they’ve even moved in.” 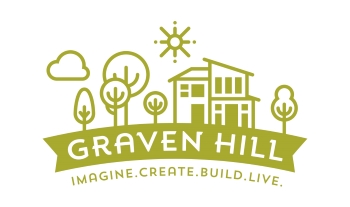 Download a transcript of the interview with Philip Singleton