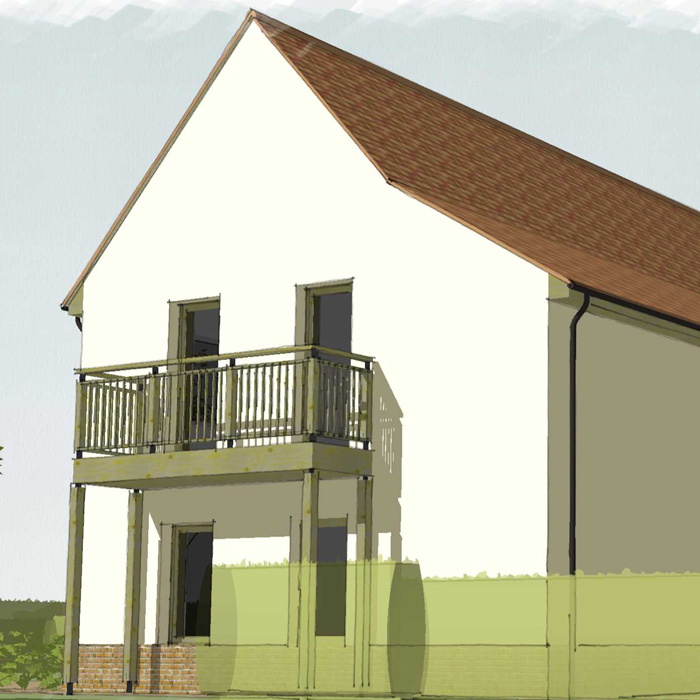 HPH208 : Bringing down the cost of my self build – with Ben Adam-Smith

Ben Adam-Smith looks at some of the reasons why his tender returns might have been so high. He then sits down with his wife Kay to consider possible savings.

Why were our tender returns over budget?

In episode 207 Kay and I received our tender returns and we got a shock. We had budgeted £400,000 for our house build but our returns were a lot higher!

Before we consider how we might get back on track, I'm going to ponder reasons.

The market is changing

Over time prices will naturally go up. The market is never static. However, could there be a bigger change going on at the moment?

The obvious culprit would be Brexit (although it's almost impossible to verify).

Dan Higginbotham from Parsons + Whittley specified our project, but he also specifies a number of projects that pass through their offices and he can spot trends. Dan told me: “We have seen a 12-20% increase on certain masonry projects over the last year.” He's noticed the cost of labour has risen on their projects too (between 3-5%).

As the design process takes a number of months, by the time the tender returns are opened the cost of the project can have risen significantly. Before we opened our returns Chris Parsons had warned us that several recent returns had come in much higher than anticipated.

Costs can vary between regions

Anyone who has tried to buy a property in London will know that it is expensive!

If living in London is expensive, does it follow that everything else is expensive too (building contracts included)?

Although we're not building in London, we're probably in the next most expensive place: the home counties. Our architecture firm, Parsons + Whittley, is based in Swaffham, Norfolk, and I believe there are differences between the regions.

On a self build you personally get to choose the quality. From the outset we budgeted £2000 per square metre, which I always think of as high end. However, it doesn't mean you can just have anything you want (particularly when you're designing a Passivhaus)!

Perhaps Kay and I were guilty of getting carried away. We have specified handmade bricks for the plinth, handmade tiles for the roof and the walls are thick lime render (which requires a specialist skill).

The interior also has recycled timber flooring, four bathrooms to kit out, and a couple of bespoke designed units.

Knowing how much money can be sunk into kitchens, we've gone with fairly standard units . . . but our interior designer has helped us accessorise to make it seem more luxurious. Some of these extra fancy bits are expensive.

Our house got bigger during the design process

First I must point out that this headline is slightly misleading. When we bought the plot of land, the extant consent was for a house of over twice the size of what we plan to build.

However, when I did my initial sums with the land equation (land cost + build cost + 20-30% profit < value of the finished house) I based it on a house of 200 square metres and a specification of £2000 per square metres.

These rough calculations were not stress tested at all. I didn't envisage building a house of 226 square metres.

And, I'm somewhat embarrassed that I made no allowance whatsoever for the garage (28 square metres). Although it will cost less to build than the house, we are probably still talking £1700 per square metre.

We were forced to dig down to gain planning consent

Due to the proximity of our house to the neighbours, we had to sink our home down by 0.5m in order to gain planning consent.

This had knock-on effects. Initially we had imagined spreading the spoil across the half acre site, but the soil was poor quality and had to be taken away costing £9000.

The word ‘Passivhaus’ can add expense

If contractors haven't tackled a Passivhaus before there is a risk factor, so perhaps they add on a little extra to take that into account.

Having received the cost breakdown from the contractor who put in the lowest bid (£612,234), the next part of the process was to look at every possible change to bring the cost down.

Dan Higginbotham from Parsons + Whittley put together a spreadsheet of some ways we could to reduce cost.

It started with the big ticket items, such as removing the garage or balcony, and came right down to much smaller items (like changing the doorbell!)

Scale down your plans to get back on track

When severely over budget, like us, the most sensible thing would have been to reduce the floor area of the house.

However, we're not that sensible.

Going through this list of potential savings is a peculiar exercise.

For example, we had originally specified a resin driveway. We weren't convinced about this at the time we made the decision, so changing it to gravel not only saved us £20,000 but probably was more in keeping with what we want.

Nobody likes to go through their beautifully designed house and take out all the bits that they liked.

A good example here might be the lime render we'd specified on the outside of the building. We could have reduced the thickness or even specified another type of render, but I think both Kay and I agreed we hadn't come this far to compromise on things like this!

There is another option to cutting costs

Obviously not everybody will have this luxury, but we decided that paying more was the way to go.