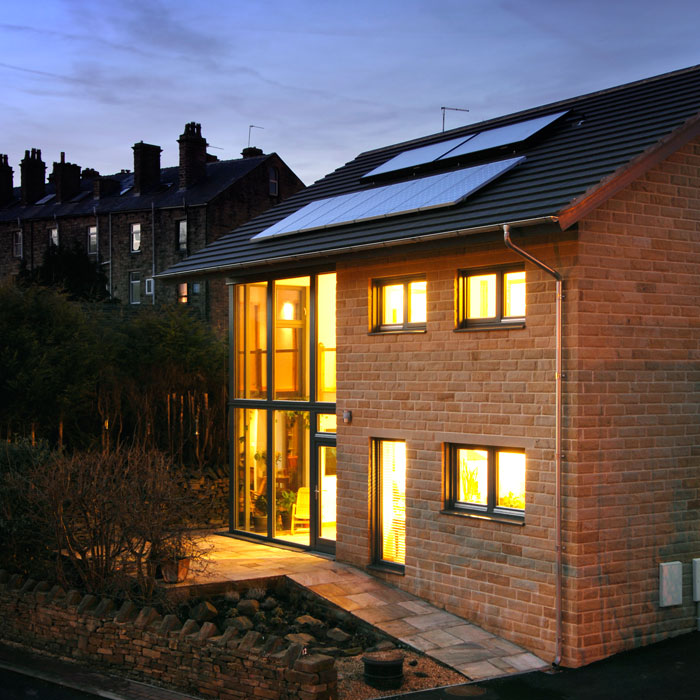 HPH103 : Is Building a Passivhaus Expensive? - with Geoff and Kate Tunstall

Geoff and Kate Tunstall explain how they were able to create a fantastic Passivhaus in Denby Dale with a budget of around £150,000.

Interview with Geoff and Kate Tunstall

When Geoff and Kate decided to self-build and downsize for their retirement, their first idea was to build a dormer bungalow with a conservatory. Following a conversation with Green Building Store, they were encouraged to explore Passivhaus as an option. 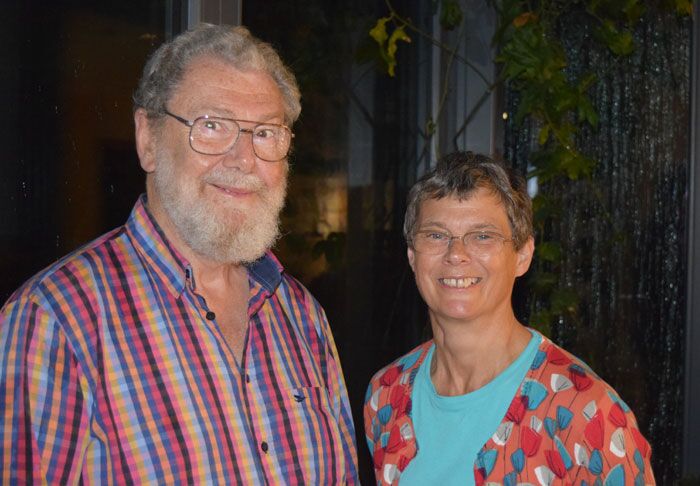 Back in 2008 there weren't any examples of Passivhaus in the UK that they could visit, so they travelled to Austria. After visiting two properties there which had temperatures of 20/21 degrees, despite outside temperatures of -4 degrees, they made the decision that if they could afford it, this was how they wanted to build.

Paying a Ransom Strip Demand Used Up Their Contingency Budget

The plot for their build was at the bottom of the garden of their existing house. Unfortunately a builder had bought the plot of land behind this and, based on the value of the plot, demanded £30,000 for a six inch ransom strip that they needed to provide them with access from their building to the road behind. After a year of fighting this, and the builder realising that the money was their contingency so it was this or nothing, they eventually agreed to pay a total of £18,000, which used up their contingency before the build had even started.

During that year however, the designs for the house were all researched and finalised to the extent that as soon as the ransom strip issue had been resolved they were able to progress straight away with the build.

Originally they wanted to build a bungalow but the plot size didn't make this feasible. Kate found it useful to create a 3D model out of balsa wood to get a better idea of how well furnishings would fit and how comfortable the spaces were likely to feel. They also found using the model was a helpful way of explaining their ideas to the building team throughout the process. 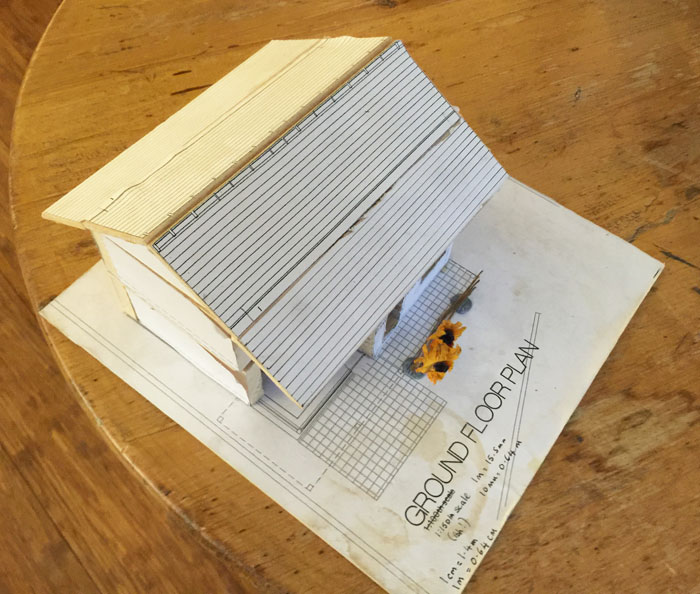 Particularly because their last property was a dark and draughty cottage, Geoff and Kate were keen to build a warm and contemporary home with lots of natural light. They had to abandon their original conservatory idea after running it through PHPP, but instead they remodelled it to feature a two-storey solar space which beams the light throughout the house. 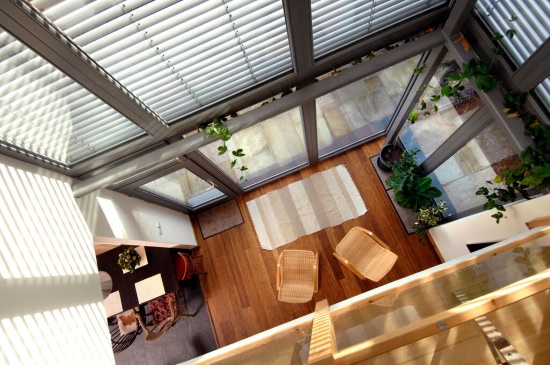 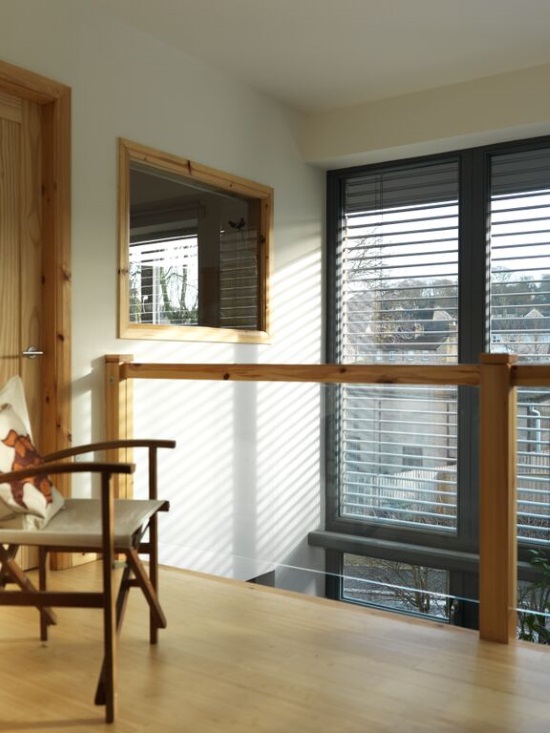 Using Kate's 3D model they realised that one of the bedroom windows seemed uncomfortably small. Again using PHPP the design could be changed to accommodate a larger window by adding higher performance floor insulation to compensate.

Keeping Within Budget was a Collaborative Process

From the outset, everyone knew the budget was only around £140,000. With regular meetings between themselves and the design team throughout the design process and the build, they were able to keep on top of what was happening, when, and how much things were going to cost.

Living on site was a help because they were able to spot any little details that needed changing before the build progressed too far and became too expensive to amend.

Geoff explains that on a Passivhaus there are certain non-negotiable things that need to be budgeted for and for which there are no short cuts, such as triple glazing and the ducting for the MVHR. Where they saved money was by spending time researching things like inexpensive lighting and kitchen units. 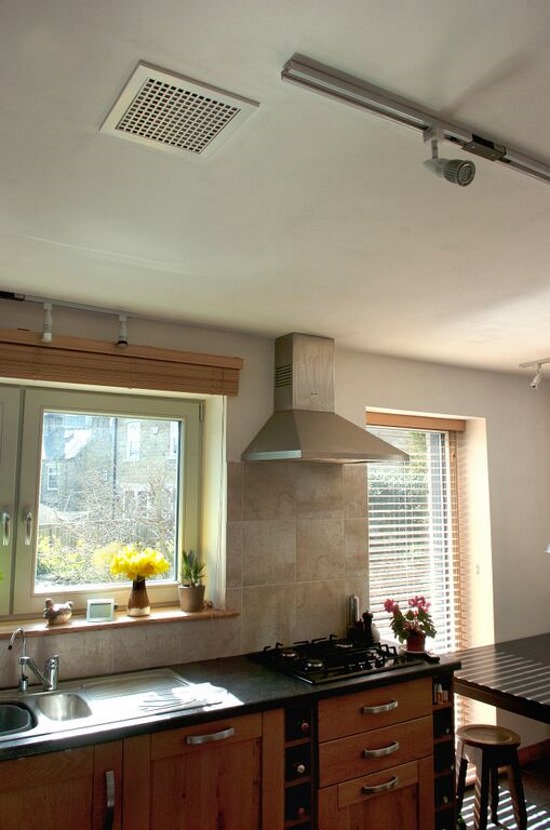 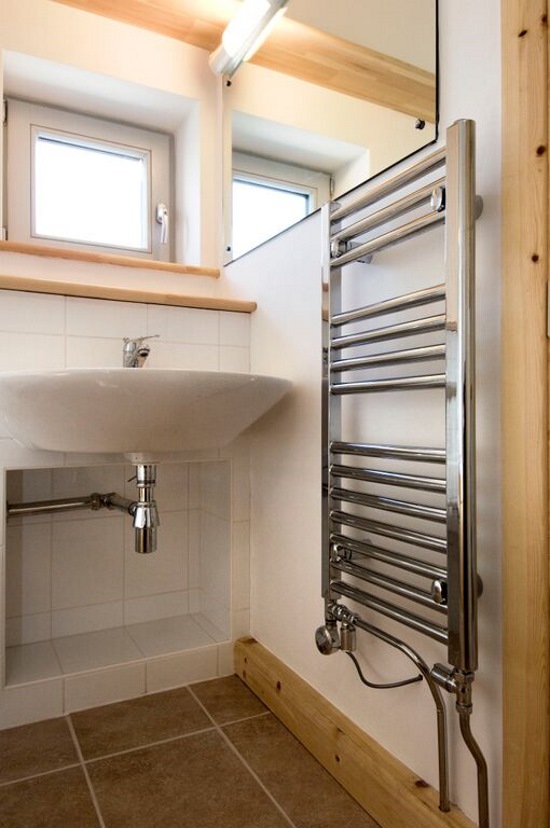 “But it was a good discipline for the Green Building Store and ourselves to actually work to a figure, a limited figure, because it proves that Passivhauses can be built to a reasonable budget. And the budget for our house isn't a lot for what we've got.”

The Build Wasn't Without its Challenges!

One of the biggest challenges they faced was building throughout one of the coldest winters in a generation. It was too cold to use the paint they had planned, mould spores started showing on the clay plaster and they had to put up a screen so they could continue working in the howling gales and snow.

A further challenge was the corner windows of the solar space, both from a Passivhaus point of view but also a structural one. They needed to make sure there wouldn't be too much solar gain, and also ensure that the structural support would be inside the thermal envelope. 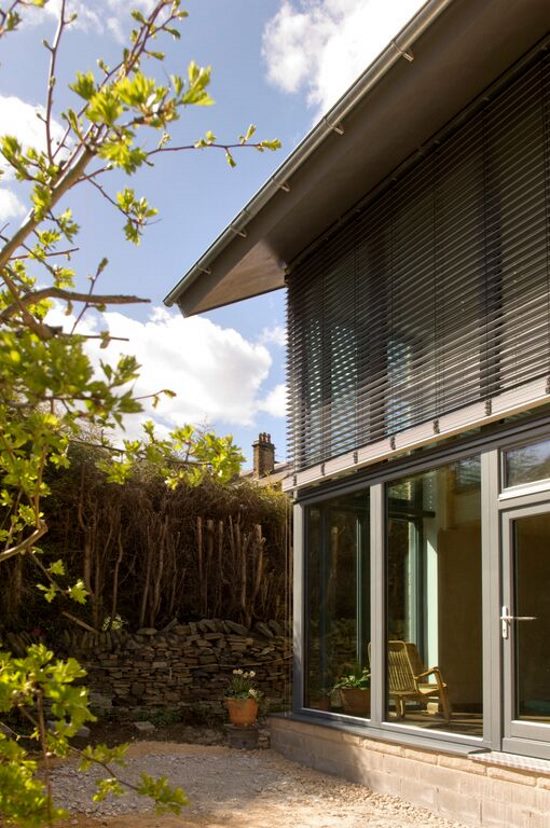 Geoff and Kate have been living in their house for around five years. They wanted a house that could be kept clean easily, that would provide warmth when needed, that would be energy efficient and not amass big fuel bills during their retirement. It has achieved all of these and something which Kate hadn't focussed on before they started was how important it is to have a healthy house. She describes it as being a calm, tranquil and healthy place which will benefit them in their old age!

One of the Passivhaus buildings they visited in Austria had some underfloor heating so Geoff and Kate assumed they should put it in their kitchen and bathroom. In hindsight they didn't need to as it's actually never been used.

Geoff is adamant that anyone embarking on a self-build project should go and visit a Passivhaus. Once they've experienced it he's quite sure that's how they will then go on to build. He says that even if the initial outlay is a little more expensive, it will pay for itself within three or four years, and be future proofed against rising fuel prices. 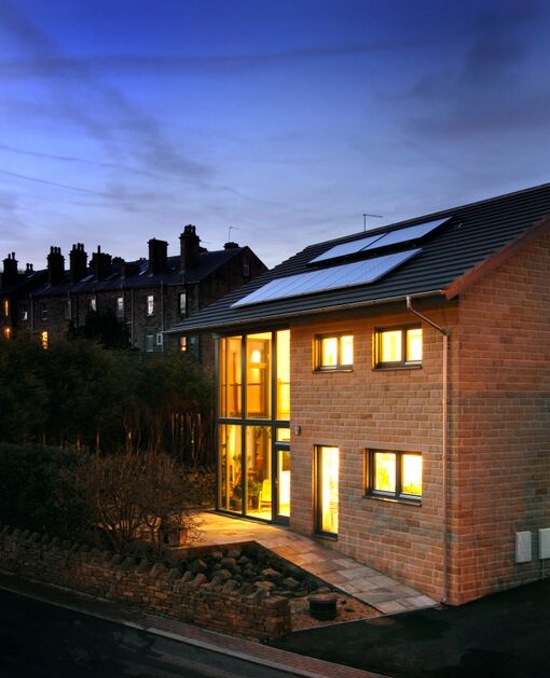 Find out more about Denby Dale in the Green Building Store blog.

Download a transcript of the interview with Geoff and Kate Tunstall.

If you've listened to our podcasts and enjoyed what you've heard, we'd love you to share the message with others. We've made it really easy for you too – just go to www.houseplanninghelp.com/share to send a pre-populated tweet that will recommend our podcasts to others. Thank you!