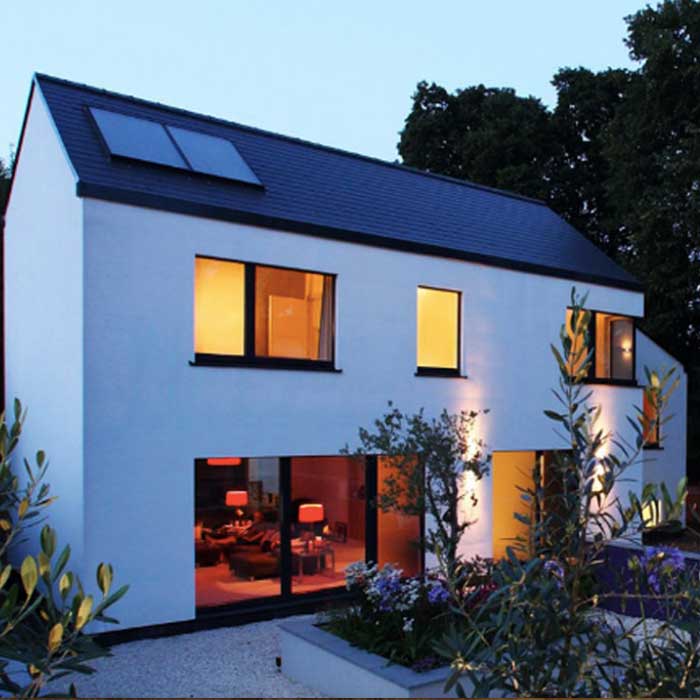 HPH142 : What is a Passivhaus Designer? – with Marine Sanchez from Enhabit

Marine Sanchez from Enhabit explains the role of a Passivhaus Designer. 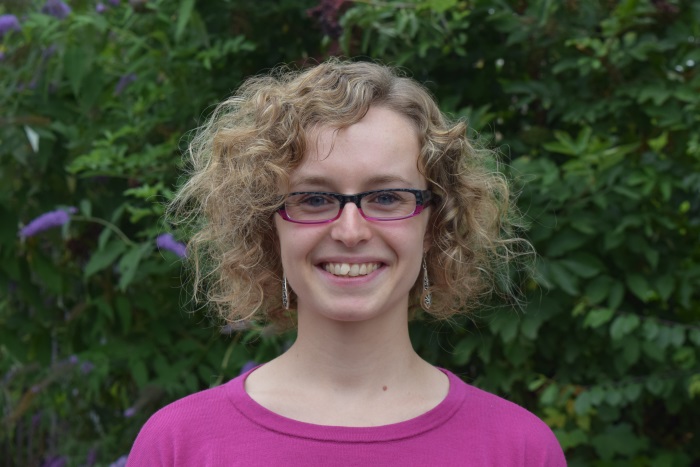 Marine studied general engineering at university before completing a Masters in sustainable buildings. Realising that buildings weren't performing the way they should do, she studied further to understand the performance gap, which led her to Passivhaus. As well as being a Certified Passivhaus Designer for the last four years, she is a building physics engineer and now also teaches others who are studying for the Passivhaus Designer qualification.

Training to be a Passivhaus Designer involves an intensive two week course. Marine says that they get quite a range of people, from architects, structural engineers and mechanical & electrical engineers, right through to a few brave self-builders! At its core is a lot of maths and physics to really understand how a building works. There are two qualifications from the Passive House Institute in Darmstadt – Passivhaus Designer, and Passivhaus Consultant. Marine explains that there is very little difference between them, and it is just a matter of what type of degree you did at university.

Beyond that, there are independent Passivhaus Certifiers who will review the design and advise whether the building can be certified, and Passivhaus Tradesperson who are the people on site that are trained to work on low energy buildings.

Ideally a Passivhaus Designer would want to be involved from the start of the project, so that the low energy aspect is not a costly constraint on a design that is brought to them much later. Being involved early on means they can guide the design team, including the client, through the early feasibility stages on what type of concepts you want to work towards. Any changes on a design can have an impact on how the building will perform, and as the Passivhaus Designer is the one to make promises on that, they need to have an overall view and understanding of what everyone on the team is doing.

Marine explains that it's easier if everyone on the team has Passivhaus experience, but even if they don't the standard can still be achieved if a Passivhaus Designer is involved. It might make it a little more challenging and time consuming, but would be a good learning curve for everyone involved! What is important though is that everyone buys into it and works proactively as a team. 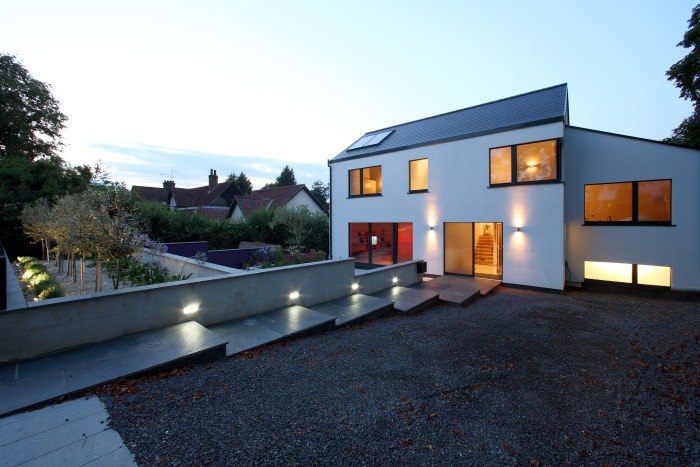 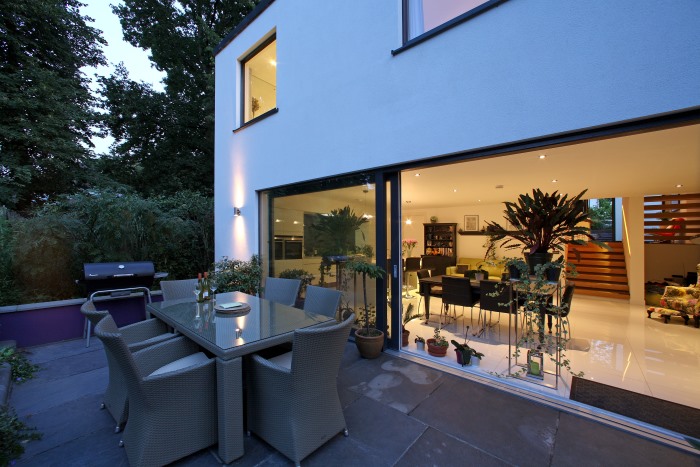 If they are approached by an architect then they will often find themselves working in different teams on each project. If a client goes to them directly however, Marine explains that she would suggest three or four architects they have liked working with previously, and leave the decision to the client, based on the type of architectural style they might be looking for, and who they feel they could interact well with.

If you're looking for a Passivhaus Designer you will find them all listed on the Passive House Institute website, but because the Passivhaus world is quite a small community you may find names cropping up once you start talking to people and doing initial research.

A typical week for a Passivhaus Designer…

Any week is likely to be a combination of a few different tasks. They tend to be:

Desk-based work – such as modelling using PHPP (Passivhaus Planning Package), thermal bridging calculations and moisture transfer modelling, to assess how a building is going to perform.

Project team work – part of the week will be dedicated to interaction and team work with the rest of the design team, so architect, structural engineer, quantity surveyor, client etc.

Site visits – this provides the opportunity to ensure that the designs are being implemented on site, support the builders in understanding the concepts that are being asked for, and checking and testing the design.

Enhabit are currently working on a project where the architect is also the owner and has undertaken the Passivhaus Designer course. He and his wife had already had an architectural concept design but approached Enhabit for support in terms of insulation strategy etc. 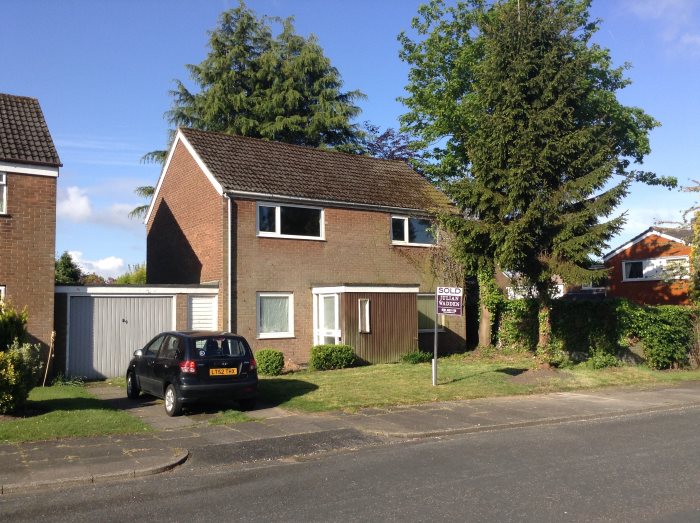 From that stage they did a feasibility study, where even if they didn't know all of the details they had a good idea of what was going to be required so could make it work in PHPP to give a performance specification.

A detailed design process followed to make sure that each performance for every element was being met according to the targets set. All of these elements are refined and finalised before going on site.

This particular project is now on site and they are currently working on the roof insulation. 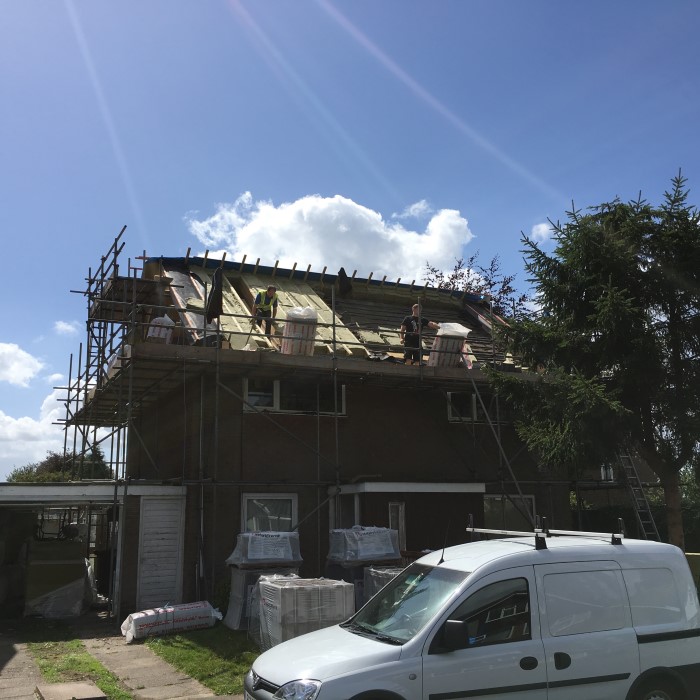 This would be Marine's key piece of advice:

“If you want a low energy building it will take a bit longer to design. It’s okay but I think that if people don’t rush it through design and really get it right, I actually think that your build goes so much smoother. And it could potentially go quicker as well because you don’t have to sort things on site and things you haven’t thought of, or compromise on the target that you wanted, which is what happens when people don’t actually work enough on the design before going to site.”

Download a transcript of the interview with Marine Sanchez.

Helen Brown from Encraft explains the ‘performance gap' – what it is, why it happens and how we can avoid it on our projects. 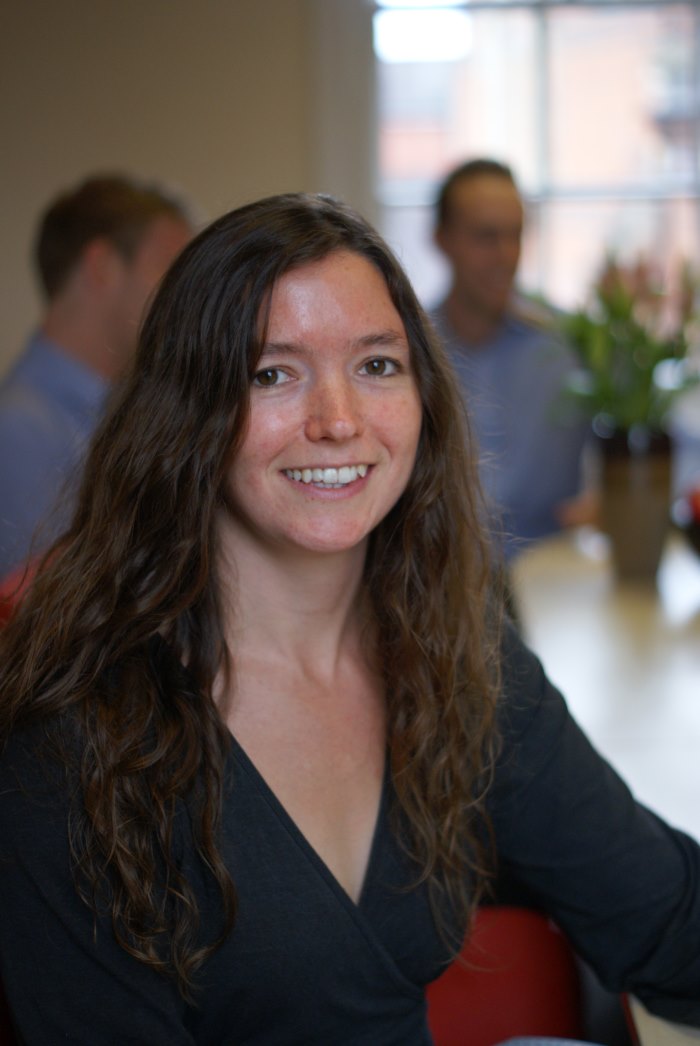 Helen has been working at Encraft for nearly 9 years and is currently head of their building physics department. When she started she was interested in renewable energy and micro generation, but she gradually became drawn to low energy construction in new build housing, with Passivhaus being a particular focus.

Encraft are renowned for their research projects

Retrofit for the Future – The programme announced by Technology Strategy Board (now Innovate UK) aimed to achieve deep cuts in carbon emissions by retrofitting existing homes.

I-LIFE – A current project funded by Innovate UK, to develop an insurance product that would guarantee a home's energy performance.

A possible future research project, likely to take several years in order to obtain a meaningful and large enough dataset, would be looking at the indoor air quality in homes by considering the effectiveness of different ventilation systems.

The range can be from as little as zero gap, which means the house is performing exactly as intended, to as much as 200% where the house is actually consuming double the energy that was expected. 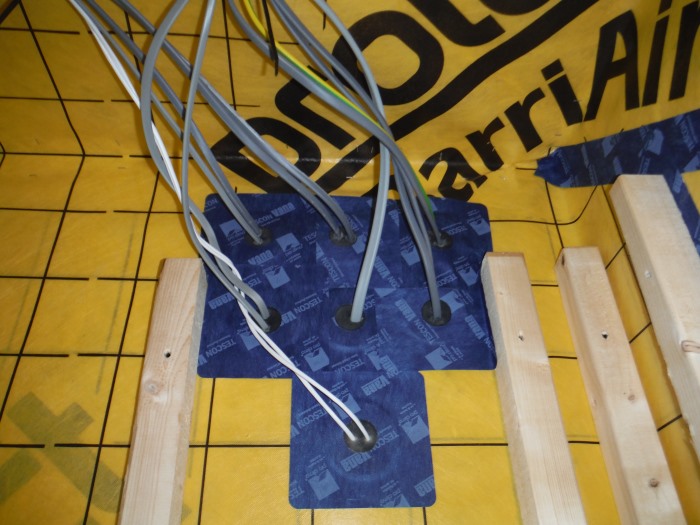 As identified by Zero Carbon Hub –

Most new buildings aren't properly monitored to see how well they're performing, so clients aren't well informed about how the in-use performance relates back to the design stage targets.

If monitoring is to be performed effectively, it requires someone to review the data and feed the results back to the occupants, builders and designers.

In the case of Encraft's insurance product idea which sets out to guarantee a home's energy performance, monitoring would be required in order to verify that the performance targets are being met. 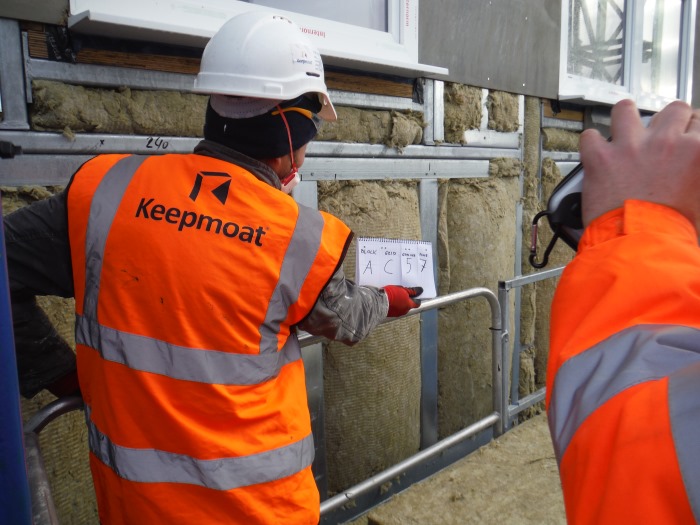 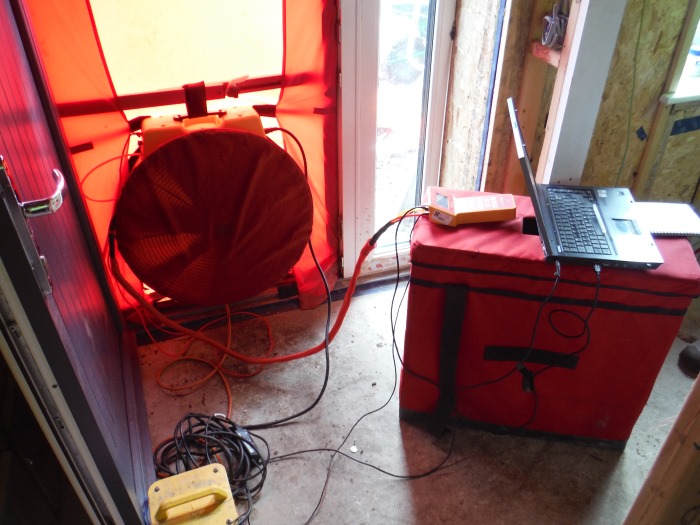 In situ U-value measurements can be compared to performance targets

Testing whether insulation has been well installed can be achieved by measuring the temperature gradient across a wall and calculating its U-value. 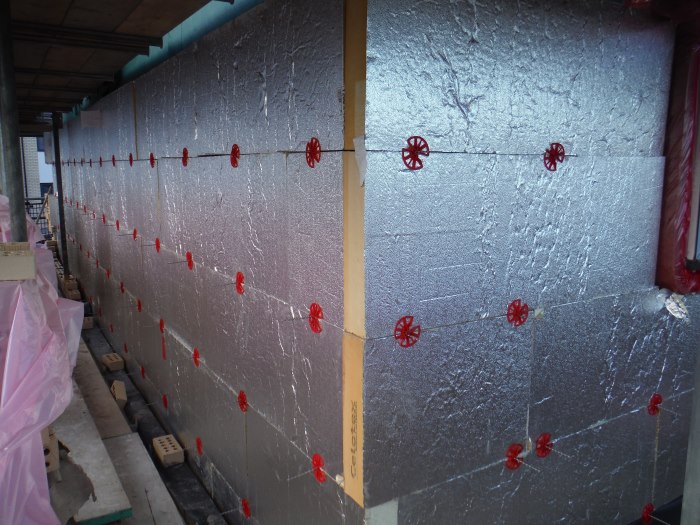 Encraft have found that when they've tried to map airtightness with total energy consumption they've found no correlation, which seems like it should be wrong because in terms of building physics there should be a direct correlation.

The reason why there is no correlation is purely down to the building occupants, which drives the variation from home to home in terms of energy use. Encraft would like to be able to somehow normalise the data to eliminate the affects of occupancy, because the people factor is the most complex and difficult to account for, while having the biggest influence on total energy consumption.

Download the transcript of the interview with Helen Brown.

Something new that we're going to be offering our members is a quarterly progress call. This will be a private conference call for any members that want to be involved, to provide encouragement, share and resolve challenges, and perhaps even bring in a guest or two to give us some extra inspiration.

The progress call will join our existing offerings, which include our video case study of Long Barrow, monthly modules – the latest of which is about sweat equity – and access to our Facebook group.

The price is just £99 for the year and this is a lock-in price for as long as you stay a member. Find out more.