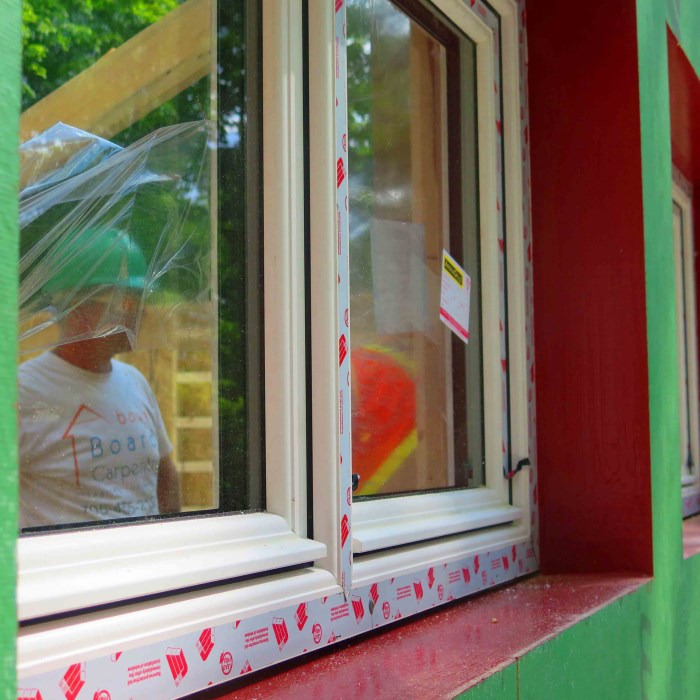 Adam Cohen qualified with a Degree in Architecture from the University of Maryland 35 years ago. He was uninspired by the post-modern approach of the time, and instead was a keen follower of Ken Kern and Michael Reynolds‘ owner-built homes, and of Malcolm Wells‘ earthship movement.

After qualifying as an architect he set about building healthy homes that used no glues or chemicals, were off-grid, had first generation solar panels and composting toilets that they made themselves. Over the several years that followed he found it a struggle to find clients who wanted to build this way so, out of financial necessity, he started a more traditional company that he ran for 20 years, employing 43 staff where they designed what they built, and built what they designed.

“I had sold out completely”

The company was very successful financially but it wasn't until ten years ago when his 12 year old son started asking questions about carbon footprints and climate change that he says he had a ‘slap in the face moment'. It brought home to him that because it had been hard to find people interested in energy efficiency at the time, that he had given up his principles and was building in an entirely different way.

That realisation gave Adam a renewed focus to “atone for all these sins. I’ve put a lot of potential carbon in the atmosphere by creating crappy buildings.”

Finding Pasivhaus in 2008, he became one of the first people in the US to take the training. Spending a month in Europe gaining his international certification and spending time with Passivhaus builders, he returned to the US with a desire to build commercial Passivhaus buildings using a design / build methodology.

“I realised how fragmented and dysfunctional the design and construction world really was.”

By 2012 others had started sitting up and taking notice of what Adam and his company were doing, and were keen to seek their assistance to help other teams. However his in-house firm of architects, engineers and builders where everyone was working together, wasn't the way the process worked elsewhere.

Adam has made it his mission over the last few years, since selling his business, to try and help the industry move forward. He has recently moved to Canada and is helping Passive Buildings Canada put together an education programme to raise awareness that if you're building new construction it should be done to a carbon neutral standard.

Adam believes that in Canada, unlike the US, the federal, provincial and municipal levels are fairly well aligned in terms of being tuned in to the climate change emergency, however within the construction industry there is still not sufficient awareness from the consumers, owners, producers, architects or builders.

He sees there being far more awareness in the European design and construction community, and the population generally, but sees the greatest potential being what's going to happen in China in the next 20 years.

Adam has written a draft paper called “The Integrated Modular Design Theory for High Performance,” which sees a need to move towards building with modular components that can be put together in different ways, manufactured easily and built efficiently.

The aim is for cost parity

Once Adam decided to divert his company's focus to constructing healthy buildings, he realised this was only going to work if he could make an economic argument for it and get cost parity with the alternatives. In the commercial sector this wasn't too difficult to achieve, but in residential it has taken a lot longer.

One of the first steps was to convince people to pay more for the construction of the building, instead of a cheaper building with higher energy bills.

“Then it became a question of, if you’re going to be paying eleven-hundred dollars a month for energy and mortgage and I can deliver a building that’s more comfortable, that uses less energy, and it’s going to cost eleven-hundred dollars a month or less…. if I could take some of that money that you’re spending on those electrons and put them into your mortgage so that you’re building equity and wealth rather than just spending money, but the net monthly cost is the same, why would you not do it?”

After three years of mining data they were able to put forward a proposition for single-family homes, where mortgage plus energy is equal to or less with a Passivhaus than you would pay for a standard house. Initially that was hard to achieve as windows had to be imported from Europe and there were very few suitable mechanical systems, but now the US market has options available.

Paying for an experienced team could save money

Adam tries to encourage owner-builders who are starting out on the process to create a team of people who have experience in Passivhaus, otherwise they might end up wasting money while they learn, to the cost of the client.

Adam has created a Lego style of system where owner-builders can buy a kit of pieces that snap together making a Passivhaus envelope very simple. Similar systems exist in the UK where you can buy a guaranteed shell and do the rest yourselves.

Understand the inter-relation between construction stages

Adam tries to simplify the thought process for self builders when approaching a new project, by helping them to understand the inter-relation between the different stages of the construction.

He breaks these down into four ‘buckets'. They are:

He explains that when people have a fixed budget, he makes them understand that money can be moved around those buckets as none are fixed. There is an inter-relation between the site acquisition and site development buckets which need to be balanced, before you know how much there is left for the other two buckets.

Within each area there will be some costs which are fixed but others where savings can be made, such as with the complexity of the design.

“Start with, ‘here’s the system, now let’s design to the system'.”

Using Adam's Lego style system of modular construction, he explains how clients often use a free programme like Google Sketchup to help with their design. Rather than people coming up with a design and then trying to make it fit a manufactured system, this way allows clients to use the Sketchup modular blocks that Adam has created, to start their design. The manufactured products help generate an efficient form, leading to an affordable solution.

“I would hope that anybody considering a new build would try to work their way through to figure out how to build that building with the lowest impact possible. Because as a species, it’s critical that each of us make the right decision every day in everything we do, and if you’re building a building that’s going to saddle your grandchildren with ongoing operational energy that’s going to be carbon intensive, you’ve kind of just slapped your grandchildren in the face.

I know that the millions of square feet where I’ve built really bad buildings, I’m now approaching about a million square feet of Passivhaus buildings. So, not that I’m offsetting them, but at least I’m reducing my impact long-term.

So, I would encourage all of the individuals listening to this to consider their actions when building a new building, and how it will affect their grandchildren.”

Download a transcript of the interview with Adam Cohen.