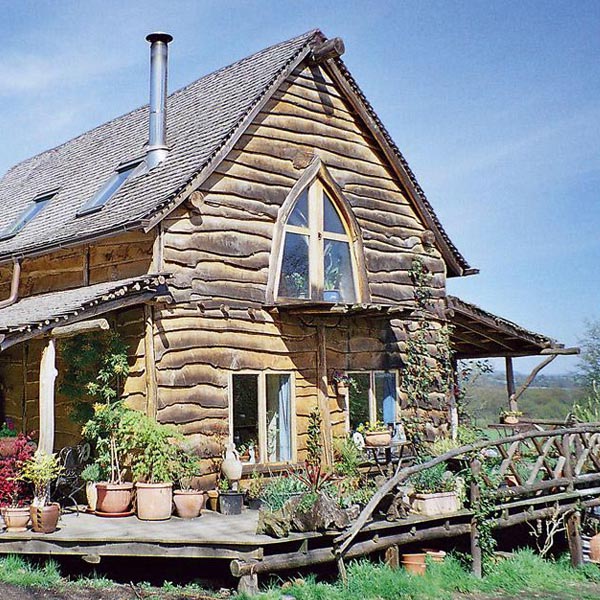 HPH267 : Self build tips, eco design and the climate emergency – with Kevin McCloud from Grand Designs

Kevin McCloud from Grand Designs shares practical advice on how to approach an ecological build, and comments on how architecture needs to change to address the climate emergency.

Kevin McCloud has been synonymous with self build for the last 20 years. No doubt anyone planning their own project has had conversations with friends, family and colleagues about Grand Designs, as the programme has inspired a generation of people to dream about building their own home and, for some of those, to make it a reality. As well as being integral to the success of the TV show, Kevin is also the founder of HAB custom build houses.

The busiest period of filming for Grand Designs is between May and October when Kevin can be filming up to fifteen hours a day, for three days a week. Because it's impossible to know whether a project is going to take several months or several years they're never quite sure what is going to end up in each series.

Kevin attributes the show's longevity to being able to find interesting stories that they haven't covered before, whether that might be about a Passivhaus construction, a new technology or building for a disability.

The Grand Designs brand has expanded to include ‘Grand Designs: House of the Year‘ in association with RIBA, and in 2019 also brought us ‘Grand Designs: The Street‘. This followed a number of self build projects taking place on a single street on the Graven Hill development in Bicester, with plans to return and film another series.

Kevin says one of the most significant films he made was in series one, which was a community housing project in Brighton called The Hedgehog Housing Co-op, that used a Walter Segal construction method. In the future he would be keen to follow another community self build co-housing scheme, but says that they're sadly very hard to find.

There have been some stand-out eco projects

Some of Kevin's favourite projects have been ones with a focus on sustainability. One he particularly enjoyed was Ben Law, who in 2003 built his house out of his own coppiced wood. He describes it as being a beautiful story where nothing went wrong to create a fabulously beautiful house.

“It was a film in which the word sustainability was mentioned once by Ben and I thought that was great. It elegantly told the story without hammering it on people’s heads.”

Another memorable one was the Lammas Project, which followed a couple building in Wales. He says it was a beautiful film about super low-impact living that was as much about the lifestyle as it was about the architecture.

“It’s rather like ecological cars. They don’t exist. There’s no such thing as an ecological car. It doesn’t matter whether it’s full of batteries or it runs on dog poo. The point is, it’s all about our consumption and use of vehicles that determines whether their use has an impact on the planet. That’s where fundamentally the largest amount of environmental impact happens, in use.

“And it’s the same with dwellings. So, you can build yourself an eco-house but if you continue to drive fifty miles to work every day and continue to live an exorbitant lifestyle, it doesn’t really achieve very much.”

Being asthmatic himself, Kevin had a keen interest in Elinor Olisa's healthy home that featured in the last series. With two children that suffered from life-threatening allergies, Elinor researched every product coming into the home to check for VOC levels and potential triggers. She has worked with the University of York to monitor the environmental performance and the results have been staggering.

“A fabric first approach is glorious”

A theme of the recent series and also in his own work, is a leaning towards a fabric first method of building, rather than bolting things on to make them seem more sustainable. Invariably the latter is an expensive and unnecessary way of working, but choosing the right materials and using them in an intelligent way is a far better approach.

“It’s like the argument about the Americans and the Russians in their Space Race. The Americans spent tens of thousands of pounds developing a ballpoint pen that would write upside down in space, and the Russians used pencils. I don’t think that’s true but I just love the story.”

A sense of responsibility

Kevin believes the responsibility as architects and builders should be to build buildings which are super-efficient in terms of how they use energy and their resources, but they should also ‘deliver a quality of life that makes their arguments utterly compelling.'

Achieving this takes a combination of good design where homes cost very little to run, where the experience of being in the buildings is uplifting and where people want to stay and build a community.

“It’s the idea of how you use the spaces in between buildings to create social sustainability which has in itself a collective reduction in demand on the planet’s resources. In other words, if you share an allotment and you grow your own food; if you join a car club because you know your neighbours and you want to do it; if between you, you buy a bicycle for the street; or buy one trampoline for five households for the kids; or one shed; or one lawnmower between five homes; what you’re doing is actually, you’re sharing cost, you’re saving yourselves loads of money, and you’re also saving resources and making your collective imprint on the planet lighter.”

These ideas might be around what sort of bathrooms, kitchens, taps, sofas, lights etc that people like, and they assemble the home based on aspects which are more associated with the interior design than the architecture.

Kevin sees architecture as being:

“a process of design which is very good at resolving all kinds of issues to do with how buildings, places respond to where they are, to site, to the environment, to their location, to the passage of the sun, to how they function in engineering terms, but also how they provide uplifting and exciting spaces for their occupants that lift the spirits.”

For him architecture is about creating a connection with the outdoors, while also problem solving things like storage space, and a lot less about the taps!

Enable more people to self build, as it can be truly empowering

Kevin says that it's pretty much established that the middle classes can go out and build for themselves, and he would like those opportunities open to more people. He believes that through community you get a far greater sense of attachment to a place and an accompanying sense of empowerment from building your own home. It's a combination that could be life-changing for many people.

To do this, self build needs to be:

Kevin would like to see people being empowered in as many ways as possible, and yet the system in the UK is set up to favour the large developers controlling the market. While he wouldn't suggest a future entirely dominated by self build or community self build, he would like to see a diversity of offerings which would create a healthier market.

Large numbers of people wanting to build together within a community can put pressure on the authorities to deal with their land assets in a different way. There is even a question of whether land in public ownership should have a financial value attached to it, because of the net social capital that can be created by building together, and which is very evident in schemes across Europe. And if that community can be further enhanced with car share, improved cycle routes and better public transport and sharing generally, then that social capital has been increased even more.

Development is a dysfunctional industry

In considering what it would take to solve the housing crisis in the UK, Kevin says he would need to be the Prime Minister as the industry is so dysfunctional!

“I would empower small and medium enterprises; I would mitigate against the large housebuilders; I would mandate every single local authority to allocate land. I’d use the Right to Build Act in fact.

“We need to move back to a world where we integrate, where tenure is blind, where you can’t tell who owns and who rents, where housing is considered a basic human right, and we need to create the mechanisms to make that affordable not just to own but to rent, to share, and to occupy by whatever means. There are plenty of tenure models around the world which work.

“So, what we have is a binary system in the UK which is hilariously out-of-date and a market delivery mechanism which is dysfunctional and broken. So, we’ve got lots to mend, lots to do, but by just saying, ‘we believe in council housing’ or ‘we believe in providing high quality housing for all and we will do everything we can to achieve that’ would be a wonderful thing.”

The Grand Designs Live exhibitions take place in the UK twice a year. Kevin is proud that they offer tangible opportunities for people to touch and feel products and experience their quality. As part of the exhibition there is also an exchange of ideas where you can get help and advice from experts.

With his passion for innovation, Kevin is excited by the new technology being showcased, with exhibitors now selling products on their stands that only a couple of years ago were in the ‘Green Heroes' section.

Catch up with previous episodes of Grand Designs

Visit the websites of:

Download a transcript of the interview with Kevin McCloud