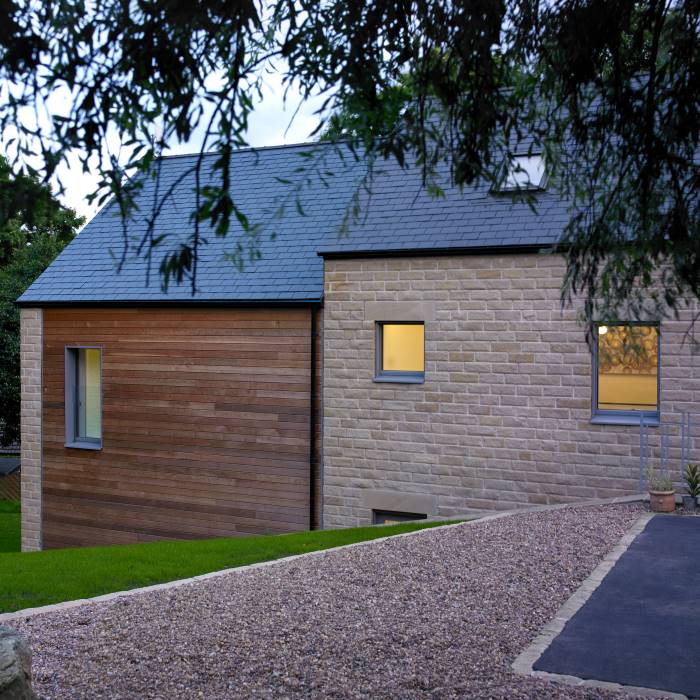 Angie and Paul Dallas explain why they opted for a Passivhaus, and the benefits of getting involved with the build. 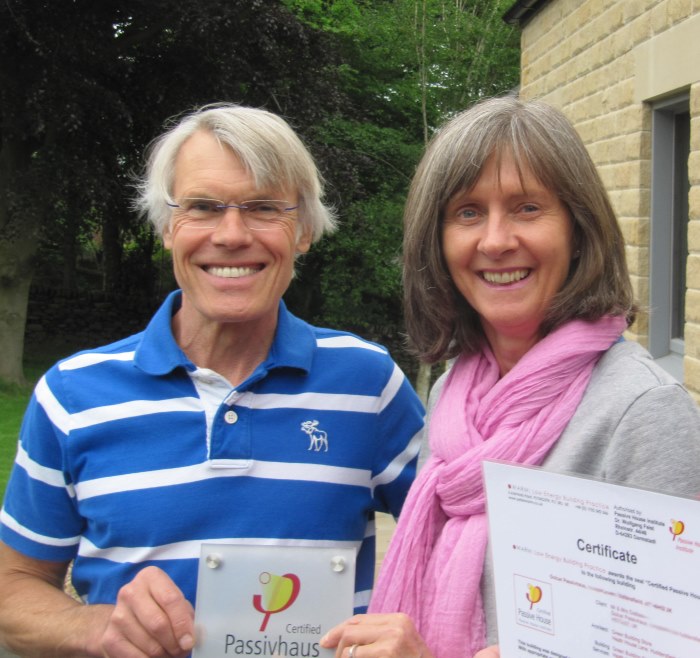 Interview with Angie and Paul Dallas

Angie and Paul had been looking to build a comfortable, energy efficient house that they could retire in. There was no issue with finding land as their existing house had enough land available, albeit with its own planning challenges. 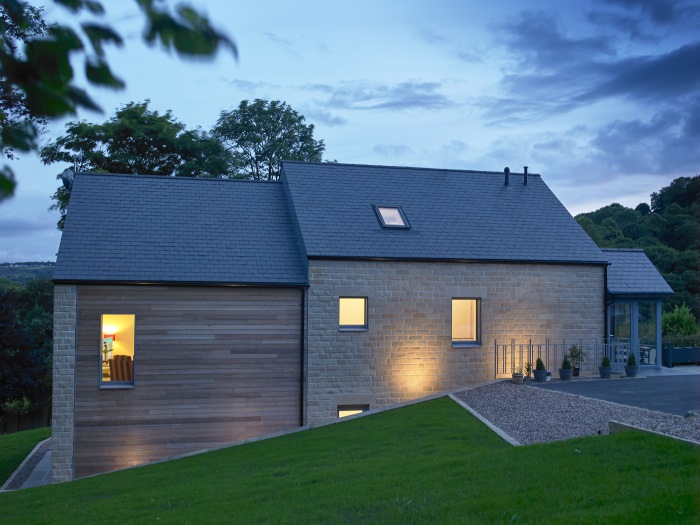 It took 5 years to be granted planning permission

Angie says that the planners weren't necessarily against their plans, but the Highways department had to consider the problem of access because of the limited number of houses that could be on their unadopted road. The house is in a conservation area so that presented its own challenges, and there were a number of trees in their garden which had preservation orders on them.

After initially having their application rejected, they won on appeal in London.

A planning consultant helped with the process but in hindsight they think they should have appointed him earlier and benefited from his expertise in areas where their architect was struggling.

It was on a trip to look for triple glazed windows that Paul started chatting with one of the directors of the Green Building Store who explained the differences that Passivhaus had from normal building practices. Coming away from that meeting Paul was convinced that, even if they didn't strive for the full Passivhaus standard, he wanted the building to at least use the principles of high design quality.

Deciding to pursue this approach meant some design changes to their original plans. The amount of glazing had to be adjusted together with the orientation, but the actual size and construction wasn't altered.

Being involved in the construction had its benefits

It had always been important to Paul to be actively involved in the construction of his house, however once the decision had been made for Green Building Store to take on the project to Passivhaus standard he was unsure what his role would be because his knowledge of the area was limited. 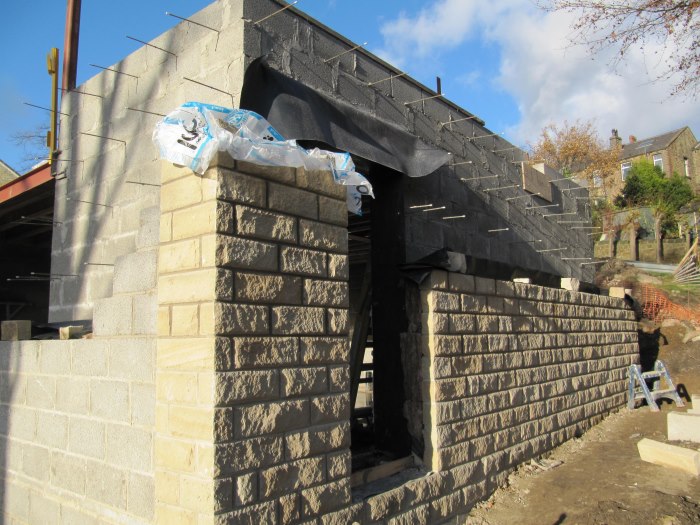 Whether Paul would be able to assist with the labouring was a decision for the building team, and Paul was careful to take his time and show that he could muck in and not be a pushy owner. Eventually he was invited to join the team and he relished learning on the job and taking their instruction.

One of the greatest challenges that Paul found was working on the site throughout the British winter. If the roof could have gone on during the summer months it would have been a much easier build. 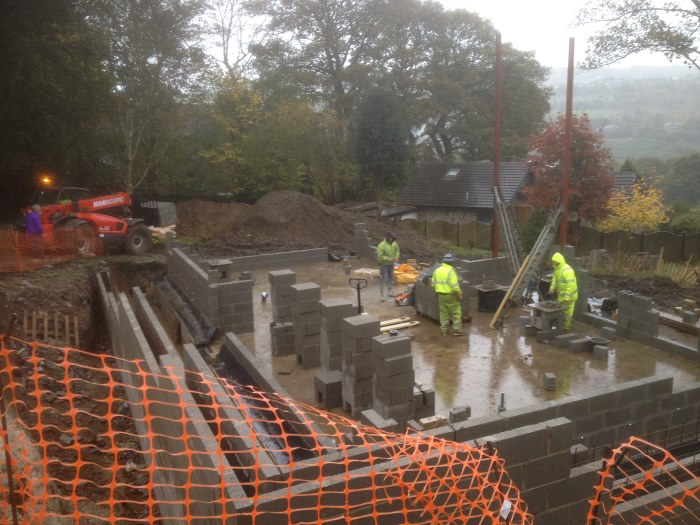 A key benefit of Paul being on site was that if a problem arose or a decision needed making, he understood what was going on and could make the choice straightaway.

Paul found the camaraderie of being on site extremely enjoyable and believes the pride in the house afterwards far outweighs the efforts of doing it.

“And to be honest I don’t think I’ve ever laughed as much during a job ever. I thought it was great fun.”

The comfort of the house has lived up to their expectations

The temperature of the house remains fairly constant and the mechanical ventilation heat recovery system means that the air quality is good everywhere. Angie also notes that it seems to stay cleaner and that since having pollen filters put in she has also seen health benefits compared with their old house. 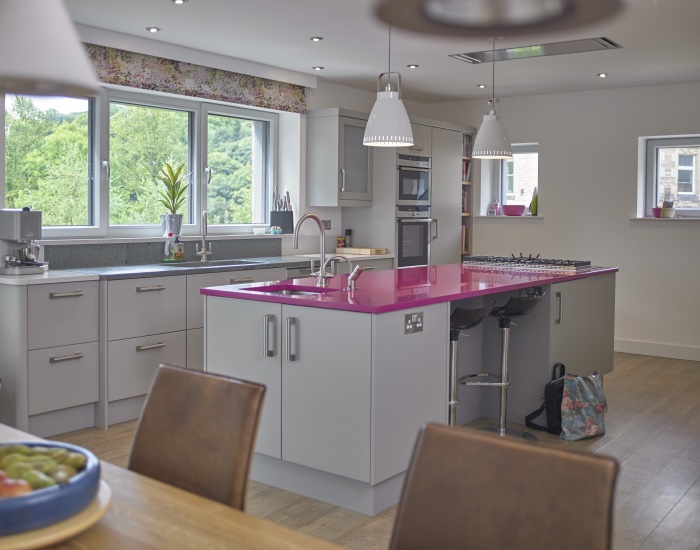 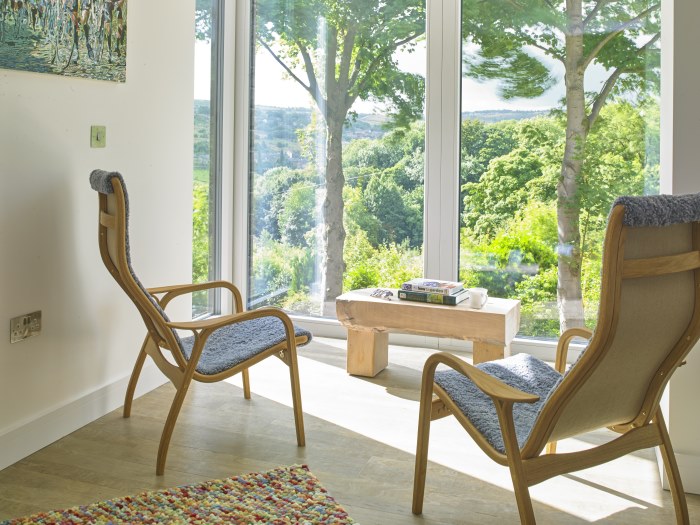 Their first architect, although designing a great scheme, didn't have the time to take it from there. Paul and Angie wish they had taken time to research, interview and appoint a replacement architect but instead they appointed someone on recommendation, who professed to be an architect but actually wasn't. He claimed that the original plans couldn't be built, but it took Angie and Paul several months (and £6,000) to have the courage to dismiss him and get somebody else. Thankfully the next architect they appointed confirmed that they would be able to build to their original plans. Paul emphasises the importance of researching specialists and finding someone that you feel comfortable with.

“If you’re building a Passivhaus you want somebody with experience of Passivhaus or at least is willing to learn and look at the differences between that and a normal house and take those on board.”

Deciding to use the services of an interior designer they were fortunate to have them involved at an early stage to assist with the layout of the interior and pick up on areas, such as space for hanging curtains, which would have been difficult to rectify after the construction work had been completed.

Green Building Store provided them with knowledgeable and skilled builders who Angie and Paul both say were a pleasure to work with. They used their own electrician and were also happy with the services of the plumber.

Paul stresses that it's important to take your time at the stage of getting your team together. They were thankful that their whole team worked well together and that they enjoyed working with them.

“And it’s people you can work with as well. It’s not just a good track record but if you’re not comfortable with those people then it’s going to be a problem down the line.” 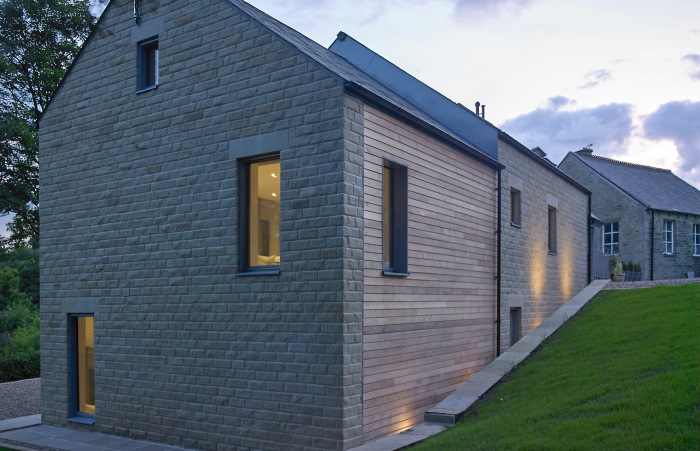 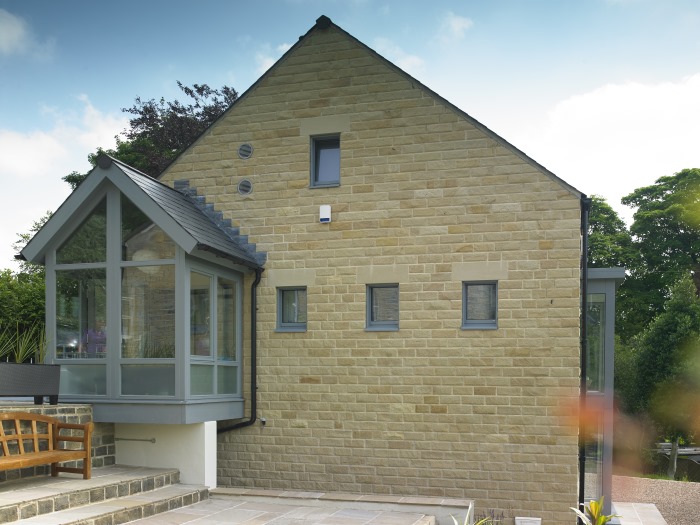 Check out the shortlist for the 2016 UK Passivhaus Awards