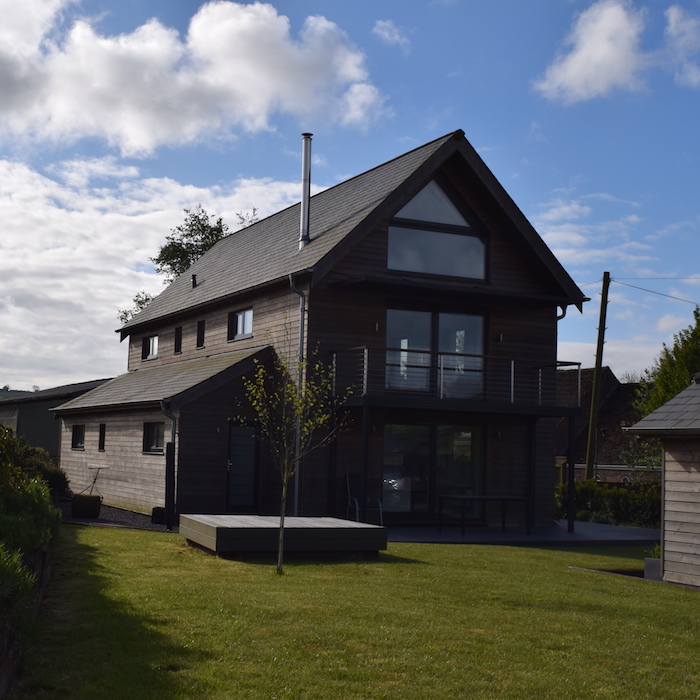 HPH176 : A self build case study of 'The Den' Passivhaus – with Dennis and Nicola Merrigan 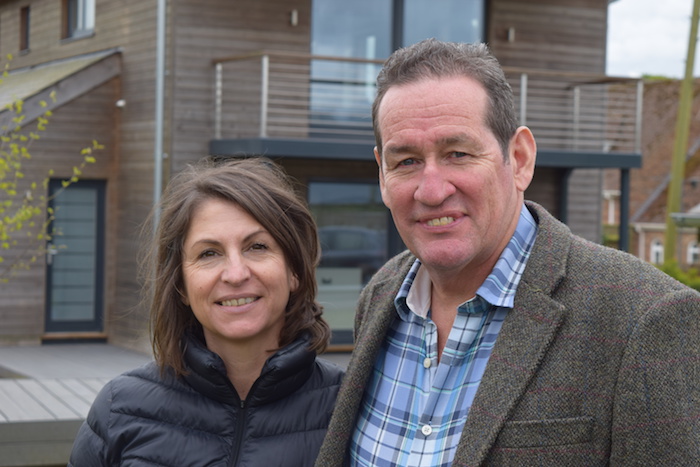 Interview with Dennis and Nicola Merrigan

Dennis and Nicola Merrigan talk about the highs and lows of their Passivhaus self-build project, sharing lessons learned.

A ‘challenging’ plot at auction was affordable

Dennis Merrigan had always wanted to build his own home and he loved the county of Dorset. He says they got lucky when their plot came up at auction, as they didn’t have to exceed their agreed budget. The neighbouring pub car park and pig farm may have put others off, but Dennis and Nicola are fond of the rare breed pigs and see the benefit of being close to the pub. 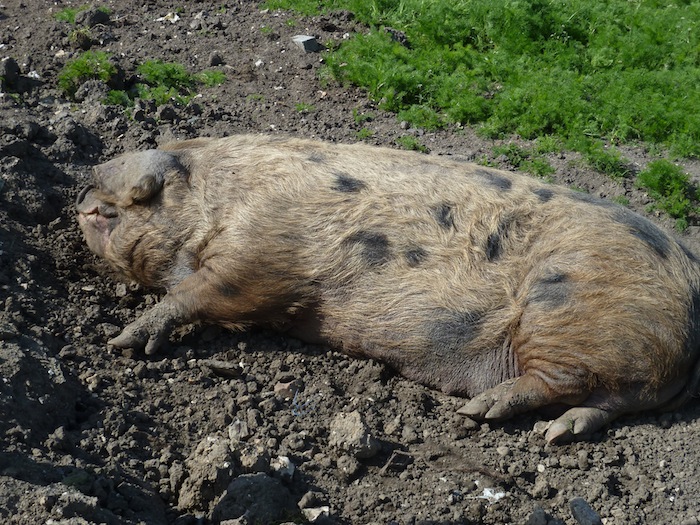 The project inspired Nicola to become a Passivhaus advocate

Nicola was initially overwhelmed by the build process and didn’t know what a Passivhaus was. The eco houses she had seen were on early episodes of Grand Designs, which normally showed “a sad looking woman putting sawdust down her composting toilet”! She was happy for Dennis to take the lead on the build but was adamant that she needed a flushing loo!

As the build progressed she worked more closely with Dennis and fell in love with the story of Passivhaus. Becoming increasingly interested, she looked on Twitter for other self-builders. “Even though it’s something I’d never heard of before, I just thought it was really interesting and I wanted to learn more.”

Dennis tweaked the existing planning consent to slightly increase the size of the house, but the planners turned down their initial red brick and stone design, saying they wanted something more modern.

Dennis felt that “passive was the way to go” anyway, and had architect Paul Mallion of Conker Conservation in mind. Keeping Nicola in the loop, they tweaked the design as they went, deciding on timber frame for the construction. The second planning application imposed a height restriction but Dennis actually thinks the house looks better for it. 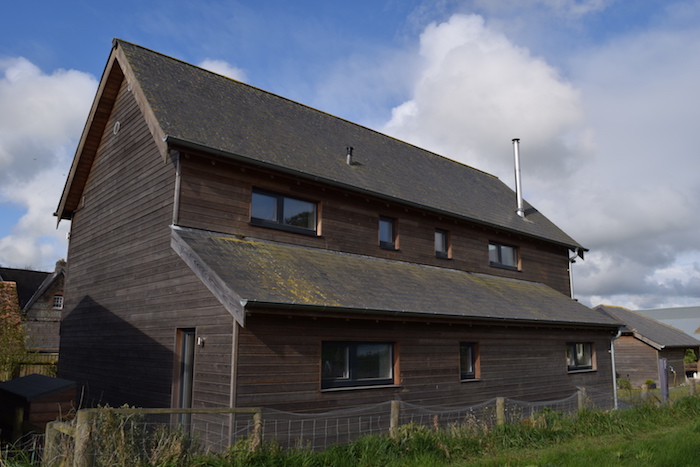 Dennis says they are lucky to get on very well with their neighbour. Together they solved some drainage problems for all concerned by using the neighbour’s suggestion of putting a sump on his land and building a drainage channel right through the Merrigan’s property. 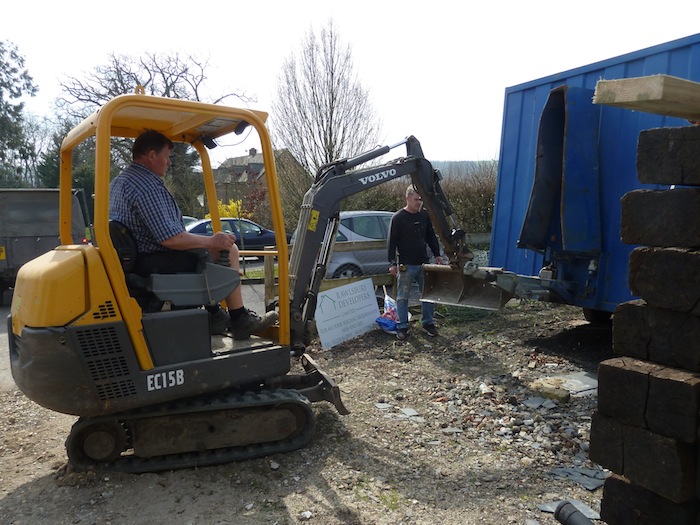 Manage the build with teamwork and communication

During the build Nicola and Dennis were mostly away working, which Nicola wouldn’t recommend, saying that being near to the site is really important. However, with many phone calls to discuss details, client, builder and architect managed a lot of the project remotely. It was the builder’s first Passivhaus but being quite technical, he could understand the premise behind it. While Dennis’ architect only visited the site once during the build, he was very helpful on the phone.

Dennis advises getting the building team onside for the air test. He says, “We played a little game on site that if they got it first time, there’d be a little bonus. And they did get it first time.” He adds that the air test is also a great way of testing that they’ve built it properly.

The contractor tried to minimise the damage by letting them take some of the materials and recommending another timber frame company. Good relations with the builder helped too, as he juggled his schedule.

However, there was still a £20,000 deficit. Dennis’ tip to protect yourself against similar situations is to use a personal credit card for hefty deposits as that offers insurance.

He remains philosophical, saying, “I think once you do get around things and overcome problems, then other problems that come up are very minor and you sort of get hardened to it.”

They ended up with a lovely, finished house but no money left for a kitchen. However, Nicola says, “The gods of building take away and then give back.” Dennis works as an independent surveyor with loss adjusters on fire and flood claims. A very high-end kitchen shop had had a flood in the basement, but had a kitchen upstairs which had been written off. They were able to buy it at a manageable price and, though not the kitchen they would have designed, are really pleased with it.

Nicola’s memories of the build process

2. Concrete was poured for foundations

3. Timber frame went up – it looked like a house

4. Siberian larch cladding went on – it looked even more like a house

6. Kitchen went in – it was finally a home 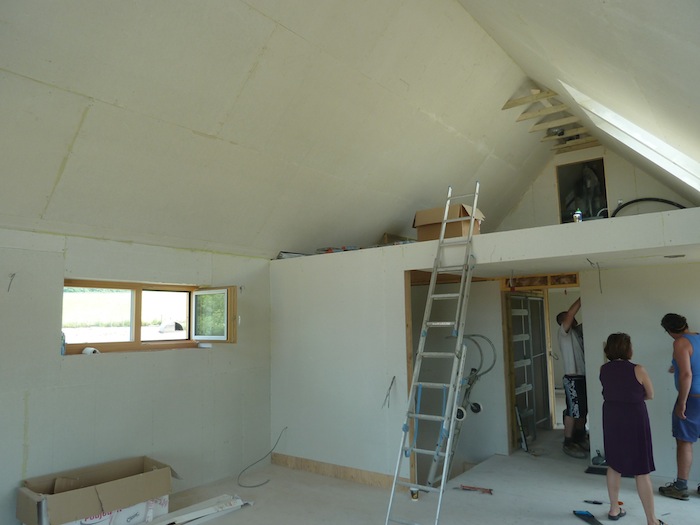 The little details make the difference

Dennis says that finishing a property is all about detail. They have a good ventilation system but avoided ‘toys’, keeping things simple with timber floors upstairs and polished concrete floors downstairs. Details like aluminium guttering add refinement but nothing stands out on the roof. The solar PV panels are black and were built in. The solar thermal panels also ‘melt into the roof’, as they match the Fakro roof lights. (They also get the money back on the PV so they have a warm house and no bills.) Although told they wouldn’t need a log burner they put one in for looks. However, they are glad to have it to use occasionally when they haven’t been in the house for a while. 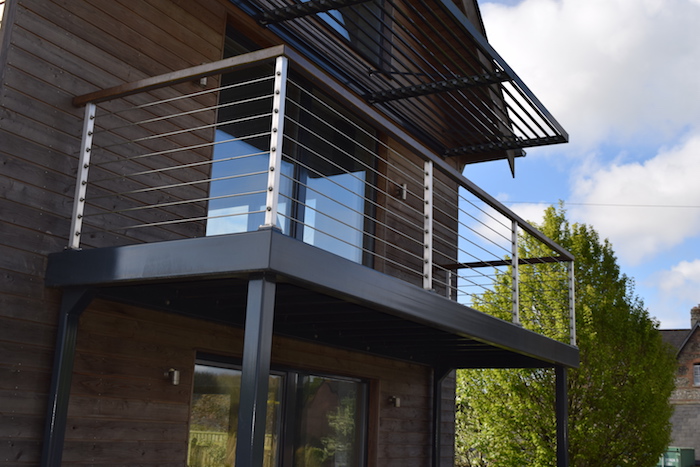 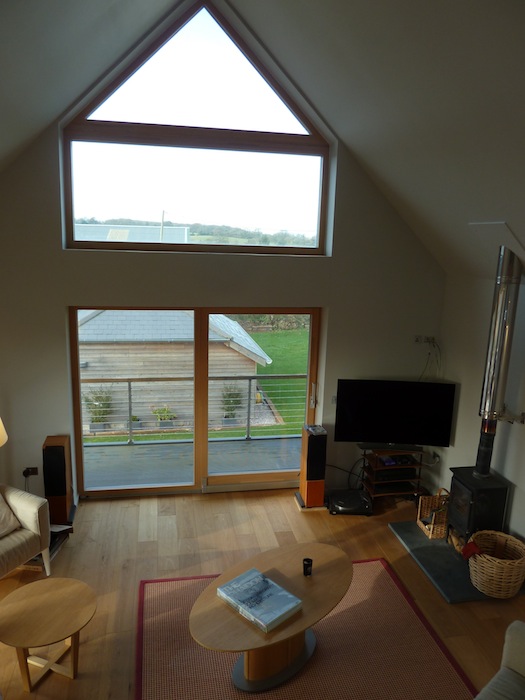 The budget was difficult to manage

Initial budgeting is hard and even Dennis’ builder wouldn’t work to a price having never done Passivhaus. Dennis agreed to pay the labour on a daily basis, so it was hard to stick to the budget. For example, the Fermacell is very heavy so took a lot longer and cost a lot more than plasterboard would have.

Dennis admits that he made mistakes but they did have enough resources to finish the project. For example, they had to wait a little time but they did manage to get the kitchen.

Nicola advises to not only budget for the house but also the surrounding area, something they didn’t do. Their neighbour came to their rescue again, doing the landscaping with his digger. 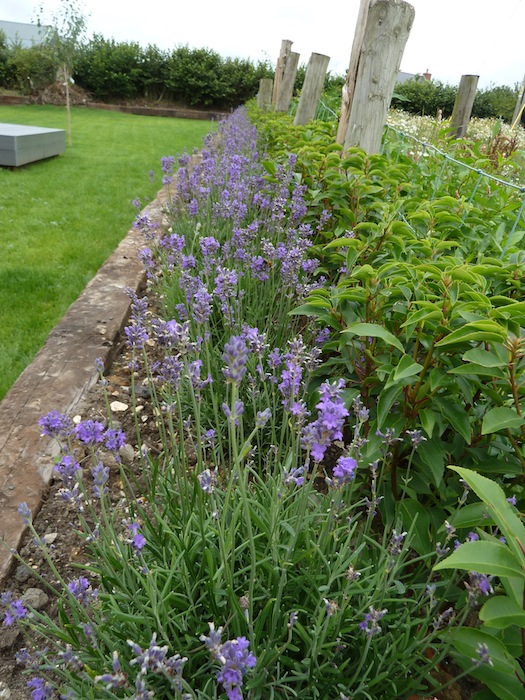 5 tips for people wanting to build their own home

Dennis and Nicola share some great advice for self-builders:

Dennis notes everybody will have different challenges with the build itself. However, once you’re in the house and benefitting from it, you forget all the problems. He concludes, “It’s worth doing. I’d recommend it, but you need to know what you’re taking on.” 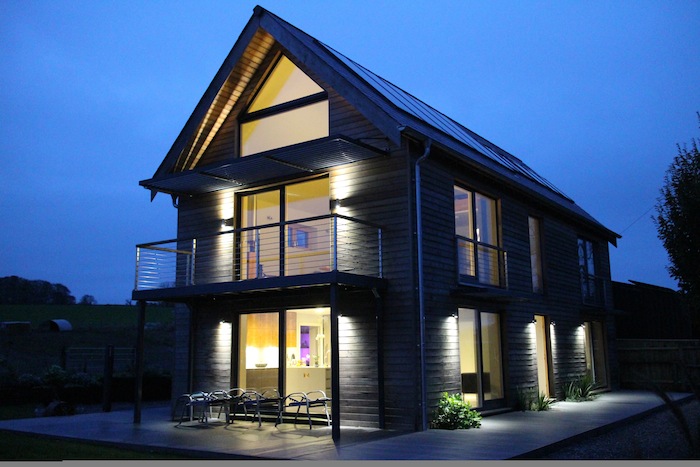 Download a transcript of the interview with Dennis and Nicola Merrigan