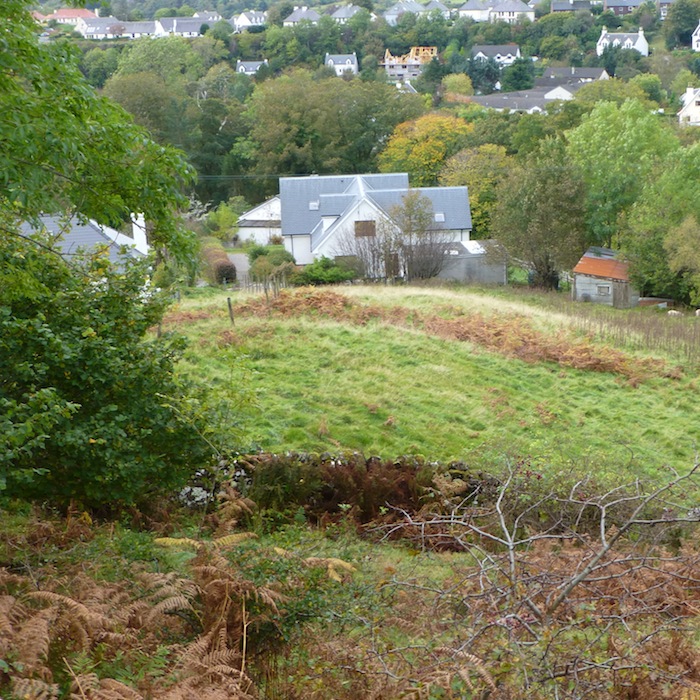 From Passivhaus . . . to conventional house?

What makes someone swap the comfort of a Passivhaus self-build for a conventional 1960s bungalow? Former ITV news cameraman Mike Coe explains his unexpected transition. 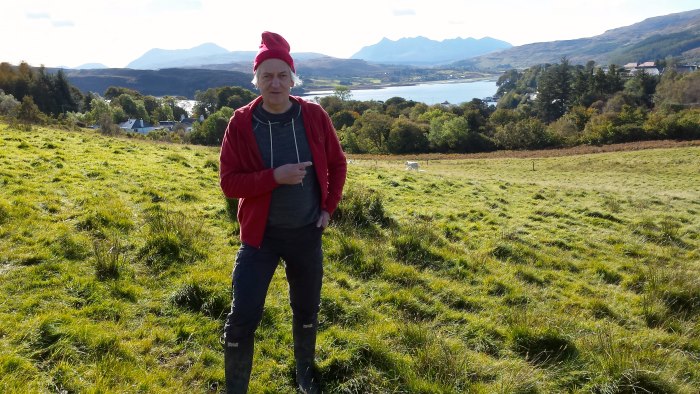 When Mike Coe built his ultra-low-energy eco-build – the Cropthorne Autonomous House in Worcestershire – after he retired in 2006, he was determined to make a difference.

Water neutral and off-grid apart from electricity, the house trod as lightly on the earth’s surface as possible. It encapsulated Mike’s optimism that UK housebuilding was on the cusp of change.

But five years on, after much soul-searching, Mike and his partner Lizzie made the difficult decision to move on.

A shift in values, combined with an appetite for new adventure, has taken the couple from the comfort of a Passivhaus with no heating system, which never fell below 16°C even on the chilliest of winter nights – to a three-bed 1960s bungalow in Portree on the Isle of Skye. So what changed? 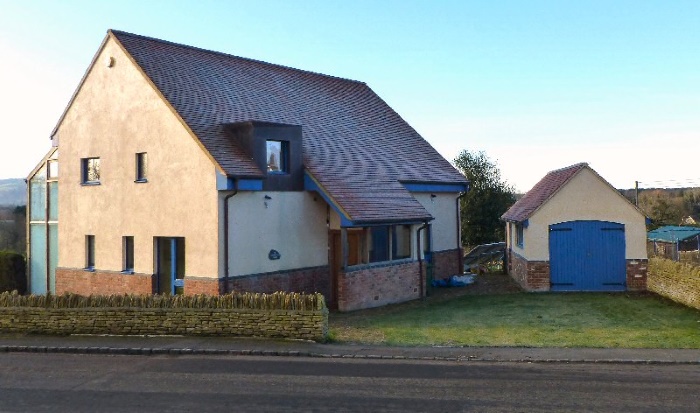 The comfortable Passivhaus they left behind

“When we built The Autonomous House, I naively thought I was on the vanguard of some kind of movement in ultra-low energy homes,” says Mike. “But while I was attempting to build as ecologically as I possibly could, the government was in the process of trashing UK planning laws and allowing developers to build rubbish wherever they wanted. I became disillusioned quite quickly.

“I still feel The Autonomous House itself has value and was a great project – but I lost my sense of optimism that it was the dawn of a new era.”

Their current home – a traditionally built 1960s bungalow – is merely a temporary stop-over as they embark on another self-build challenge. And while Mike's focus has changed since building his radical, largely off-grid Passivhaus, he hasn’t lost faith in low-energy building methods.

“I still try to live in an environmentally sympathetic way – and my next house will be a Passivhaus,” says Mike. “But I no longer think anything I’m doing will have any great impact on the world.

“Since retiring I returned to work as a cameraman, but only on carefully selected, mostly environmental projects. As a result I’ve met some of the world’s leading climate scientists and been able to talk to them informally. From what I've learned I've concluded that it could become uncomfortably hot in the south of England, even in my lifetime (I’m 60 now). This realisation was the trigger for a decision to move as far north as was practical without leaving the country – and we’ve ended up in Portree.” 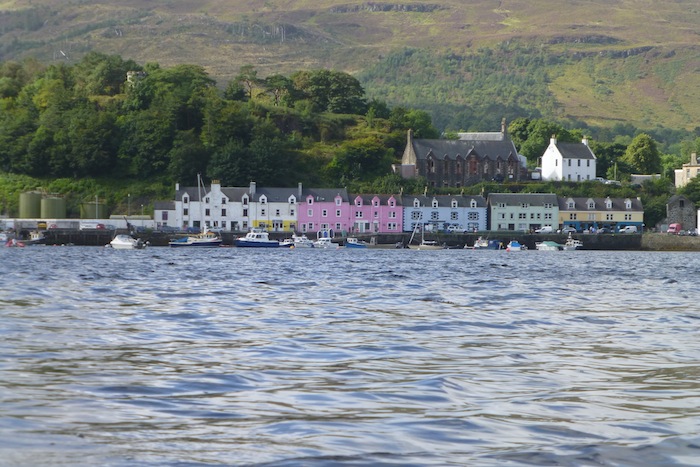 In planning their move north, Mike’s original intention wasn’t to build again. Despite being very practical and capable – having done all the electrics, plumbing and more at Cropthorne – he doesn’t particularly enjoy the building process. The couple’s first thought was to find an existing house that they could adapt.

“It quickly became obvious that we wouldn’t find anything that came close to what we had at Cropthorne in the areas we wanted to move to,” says Mike. “Once you've lived in a Passivhaus it's very hard to settle for a conventional draughty house that's expensive to heat and live in. So we decided to look for a temporary house, while we considered our options.”

It was during this search that they heard about a building plot with planning – that also had ready-made accommodation on site.

“While it wasn’t our intention to build again, the site we found, almost accidentally, had so much potential,” says Mike. “It had nine acres of croft land, two building plots with Permission in Principle (the Scottish equivalent of Outline Planning Permission) and a perfectly acceptable bungalow on site that we could move straight into. It was too good an opportunity to miss.

“It’s rare to find somewhere with ready-made accommodation on site when you build. We can build a south-facing, solar-heated home here with views over Portree harbour and distant views of the Cuillins. It's perfect.” 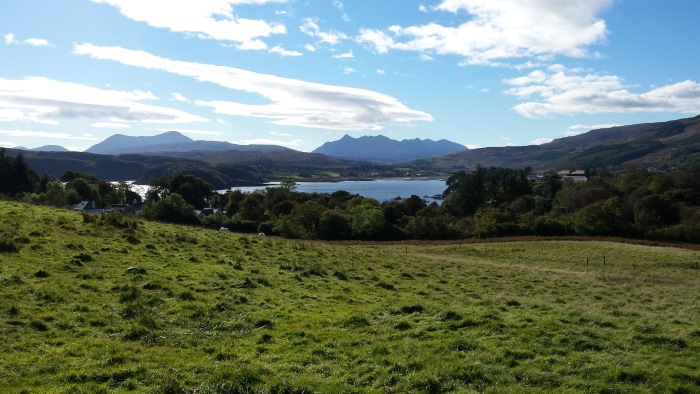 View from the Croft

So how does living back in a ‘normal’ home compare to the comfort of living in the Cropthorne Passivhaus?

“The most notable thing is how rapidly the temperature inside conventional buildings follows the temperature outside,” says Mike. “The heating goes off and half an hour later you notice that it’s really cooling down. Two hours later, it’s freezing.

“In our Passivhaus, which was high-mass with thermal storage in the structure of the building, the process was slowed down. In autumn, when you started getting chilly nights, you simply weren’t aware of it.

“Living here has made me realise how lucky we’ve been to live in a Passivhaus. The bungalow’s clunky old oil boiler drinks kerosene that I have to pay for. It’s not cheap – whereas at Cropthorne we had no heating bills, and it was more comfortable. That’s a stark contrast.” 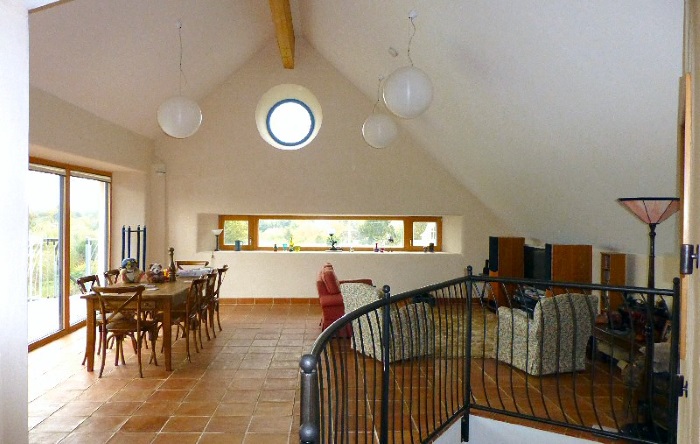 The warm and cosy upstairs at the Cropthorne Autonomous House

Laying plans for a new adventure

What of Mike’s plans for the new build? Have his shifting views led to a fundamentally different approach this time?

“It will still be a very low energy design for both comfort and running costs, because it’s a good way to live,” says Mike. “It just won’t have unrealistic goals.

“With the Cropthorne project we were quite hard line. The house used entirely harvested rainwater, we had composting toilets, and everything was designed to minimise impact. We’ll still follow that path to some extent. For example, we’ll aim for zero heat, even though the climate here is different. There’s also a stream running down the site that should be capable of powering a small hydro generator to provide some of our electricity. Eventually we may even add a wind turbine.

“But this house will have more mainstream appeal. The autonomous systems at Cropthorne were brilliant but they added to the costs, and you don’t get those back when you sell. We had practical reasons for doing what we did there. On Skye, water is in abundant supply, so we’ll probably connect to the mains.

“So, overall, the new house will still be very comfortable, environmentally benign and energy-efficient, but will be more mainstream and more saleable – just in case I have another brilliant idea in five years’ time and we end up moving again!”