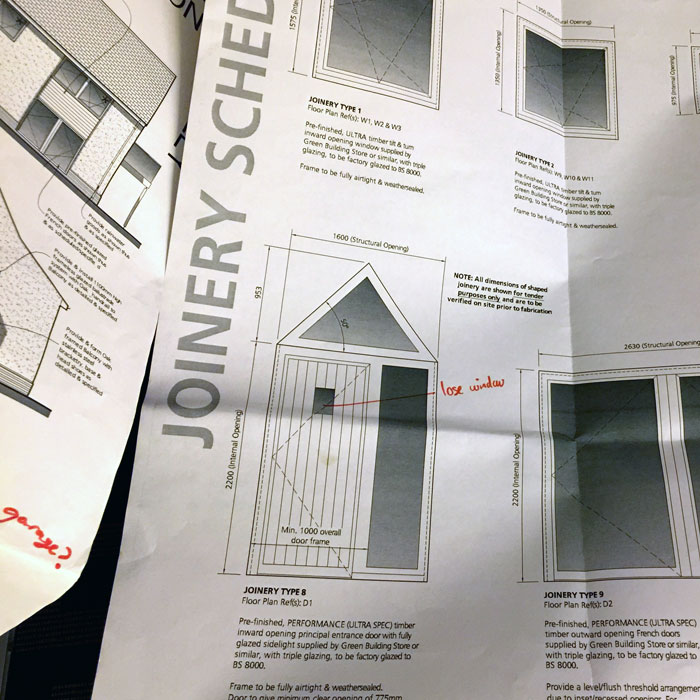 HPH190 : How we are specifying our self build project – with Ben Adam-Smith

Ben Adam-Smith explains how he and his wife have been specifying their new home (which will be built to Passivhaus standard).

Ben looks at the decisions that they have made themselves and those which have been dished out to the team.

Decide how involved you want to be

This is a decision that you have to make right at the start when you select your build route. My wife and I opted for the contractor route, which should be the easiest but also the most expensive.

For us, the essence has been on having a good experience because we have a young family and our time is precious enough as it is.

That said, there are still plenty of decisions to be made!

Be guided by the best team you can afford

While we have made lots of decisions on this project there are also many which we have delegated.

There is no way we would have the confidence to do this unless we believed in our team.

This started with hiring the right architecture firm but has also included other specialists (such as an interior designer, M&E engineer, and garden designer).

We always aim to understand why decisions have been made but there have been a few times where it's got too technical!

If your build route will see you go out to tender to a small number of builders, then you will need to make as many decisions upfront as you possibly can.

It is possible to say things like ‘allow £3000 for a bathroom' but there's more risk doing this than if you choose your bathroom products and materials, get them priced up and then don't change your mind.

A house can be broken down into its constituent parts

Specifying a house is a huge task for a first-timer, so it can be broken down into manageable chunks.

For example, the headings might include structural system, electrics, mechanical and plumbing systems, the internal and external doors, the windows, floor finishes, etc.

You can then go into another level of detail. So for electrics, that might consider the numbers and positions of light fittings, light switches, socket outlets, telephone points, ethernet and data points, smart systems, TV, alarm and so on.

Clear your diary during the technical design phase!

Self builds do not progress in a linear fashion. There are fits and starts. Specification is definitely one of these.

Once our architects were focusing on this stage, they moved quickly.

Kay was really good a responding to emails in a timely manner and trying to bat the ball back into their court.

Former ITV News cameraman Mike Coe is embarking on his second self build in Portree, Scotland.

This time around he's going to be providing regular video reports on his project progress.

However, his first report looks at why he and his partner Lizzie decided to leave their ground-breaking autonomous house to move further north.

The answer is comprehensive to say the least . . . and has turned into a 50-minute documentary! It sums up problems with UK house-building and why the issue of climate change is not being tackled adequately.