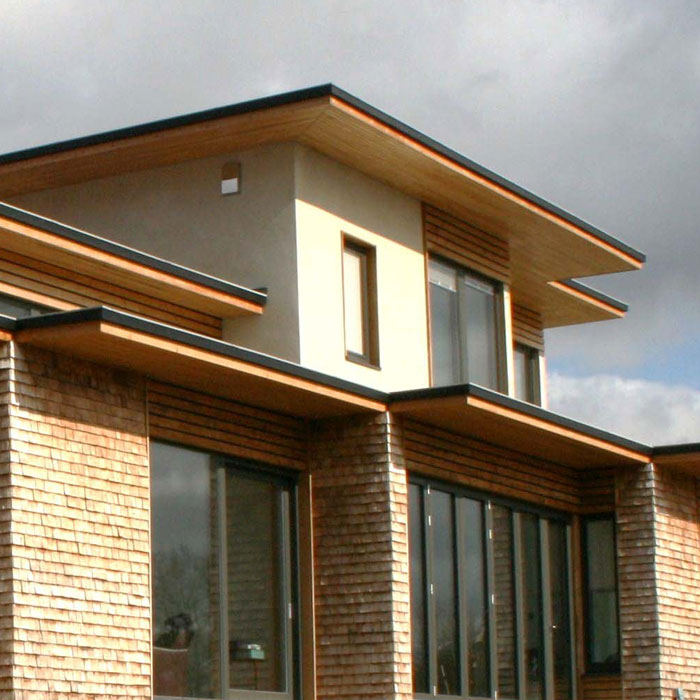 HPH007 : A Client's Perspective of Building an Eco House - with Tahir Sharif

Tahir Sharif talks about how he built up his knowledge in order to commission an energy efficient home, while Ben discovers some great thinking from the Home World Exhibition of 1981.

Tahir explains that his build has taken nearly 7 years. He started the process in 2005 and, although a lot has changed along the way, he and his family have achieved their objectives. They have ended up with something that is beautiful, works for their family and has little in the way of heating or lighting requirement.

Tahir's plot had a farmhouse building on it which was in a very poor state of repair. Situated at the lowest point of the land and right by a stream, it was riddled with damp. It did not make economic sense to invest in this building to try and make it better, so the new house would be further up the hill while the existing one would be demolished. The new house needed to meet their needs as a family but also be something that would still feel comfortable when the kids had grown up and left. They also wanted a property that they would be able to afford to run, even in their 60s and 70s.

A Passivhaus Approach Made Sense

Although the house was not certified to the Passivhaus standard, Tahir embraced the methodology. He says Nick Grant from the AECB was a big influence on the project and advised Tahir to invest as much money as possible in the fabric of the building rather than buying kit or investing in renewables. By doing this he would be mitigating his energy usage in the first place.

Despite being a very energy efficient home – far above building regulations – Tahir found it difficult to meet Level 4 of The Code For Sustainable Homes. This is because the Code awards points according to the eco features of the house and thus you are penalised if you don't buy kit. Tahir had to install bat boxes and bird boxes in order to reach Level 4, which he describes as insane.

The Government and Industry Not Helping The Consumer

Tahir stresses the importance of understanding for yourself how a building can perform. This is because the Government's Code does not provide the right incentives and industry wants to sell you the gadgets. Although Tahir counts himself as lucky for finding the best approach he also reiterates how he talked to a lot of different people before he made any decisions.

Tahir says he interviewed four different architects but went with a recommendation of Jon Broome Architects, a practice with low-impact building experience. Tahir says it was very important to him that he picked someone who he felt comfortable working with for 2 – 3 years. He liked the way that Jon didn't impose anything on him, compared to other eco people he had met who were dogmatic in their approach. He says another great aspect of working with Jon was that he was always accessible as issues arose.

Take Every Opportunity to Build up Your Knowledge

The best way of learning is to visit other projects similar to yours. Tahir also visited suppliers, went to Eco Build every year and used websites such as The Green Building Forum and the AECB. He read countless books on the subject and now has a shelf full of them!

The UK Planning System is Adversarial

Tahir tells a story of how a friend in Switzerland started a house build in 2005 and finished in 2006. His friend went to the planning office, was told the parameters and environmental performance to meet, the plans were drawn up and then were stamped. In contrast the UK system wants you to put in the plans first before they knock them back. Time and money can quickly disappear. In Tahir's case he was very thorough with the dialogue to make sure that all the issues were ironed out and that the plans stood a good chance of being accepted. However, when the plans were finally submitted after nearly two years, a completely different officer handled the application with a completely different viewpoint! He says he was gutted when it was turned down.

‘A Pattern Language' by Christopher Alexander

This is a book that really helped Tahir understand how people interact with spaces. He used it to inform his floor plan.

Download a transcript of the interview with Tahir Sharif.

Ben Adam-Smith explains how he went to Milton Keynes to see an original eco home from 1981, which formed part of an exhibition looking at how we would be living in the future. The house had taken a fabric first approach! It had the high levels of insulation, the airtightness, the ventilation, etc. In other words this was a blueprint of a direction we could have taken back then. Thirty years on and it is still a minority of houses that have embraced this building method. Are we finally getting somewhere?

Read this more detailed article that Ben has researched about the Homeworld exhibition. 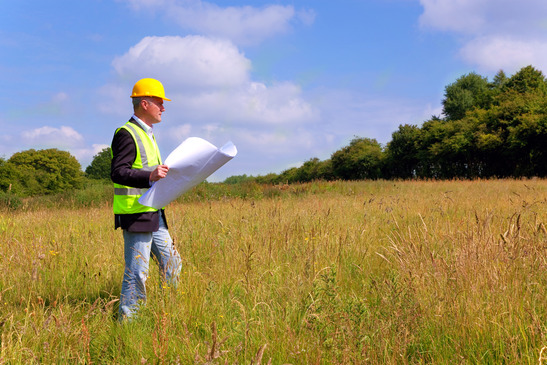 The relationship between client, architect and builder is going to be one of the key factors to the success of your project. So how should you go about selecting an architect?

Going with the recommendations of people you trust, people who have been there and done it, is always a good way to get started. If there's a particular style you desire, make sure that this is work that is frequently carried out by that particular architect. Although architects may claim that they design all styles, what does their portfolio tell you?

You also require an architect who is competent. The best way of assessing this is to check out the quality of the architect's previous projects. They should be happy to oblige and if you can talk to some of their past clients you should get unbiassed feedback about the architect's services. If you are meeting the boss or owner of the company, it might be worth checking who will be designing your house and meeting those members of the team.

Of course price is going to play a central part in your decision-making process. In the UK there is a set fee structure but deals can still be done and it is worth spending that extra time trying to negotiate one.

The timescale will be important to you, so make sure it is a consideration when choosing an architect. If the architect is too busy, this may lead to delays. What guarantees are there that you will get the building in the time you want it? Again, this could be a question to ask the architect's previous clients.

Overall, you need an architect who you can trust and get along with. It can be a fairly close relationship and they will be making a lot of decisions on your behalf.