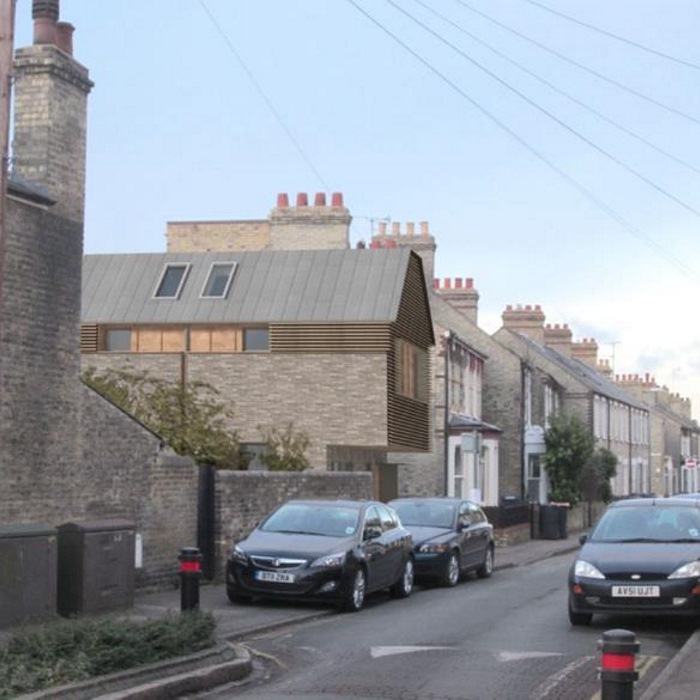 HPH115 : How to budget for a house build – with Mark Brinkley

Mark Brinkley, author of the Housebuilder's Bible, talks about his new self build project and shares his experience of putting a budget together. 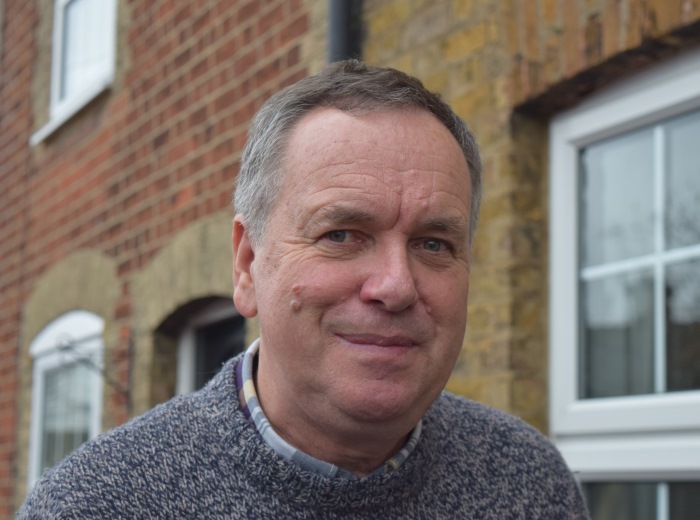 Mark Brinkley is a freelance writer and author of the Housebuilder's Bible – a number one bestseller on Amazon. We first spoke to Mark back in 2013 about how self build in the UK compares to Germany. With another project currently underway, we're talking to Mark again, this time about how to put a budget together, and how to stick to it.

Urban building plots can be hard to find

Mark has purchased a plot in a conservation area of Cambridge, albeit he points out, not the posh part of the city! It is an old warehouse in a street of Victorian houses, and as such a bit of an anomaly. It is fairly impractical as a warehouse and not in a good location to be a commercial property so Mark doesn't foresee there being too many planning issues with building a house there instead. 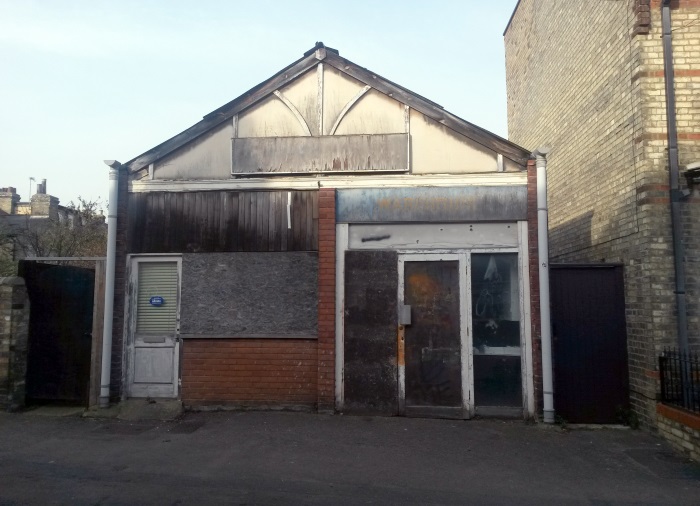 Current warehouse on the plot

Up against around 50 other bidders he was successful with his speculative bid of approximately 20% over the asking price, and Mark comments that any potential development profit from the project has gone to the landowner!

Logistically it’s a challenging site, being on a one-way street that’s a bit of a rat-run, and with no side access. There are going to be traffic, loading, craning and storage issues to contend with. 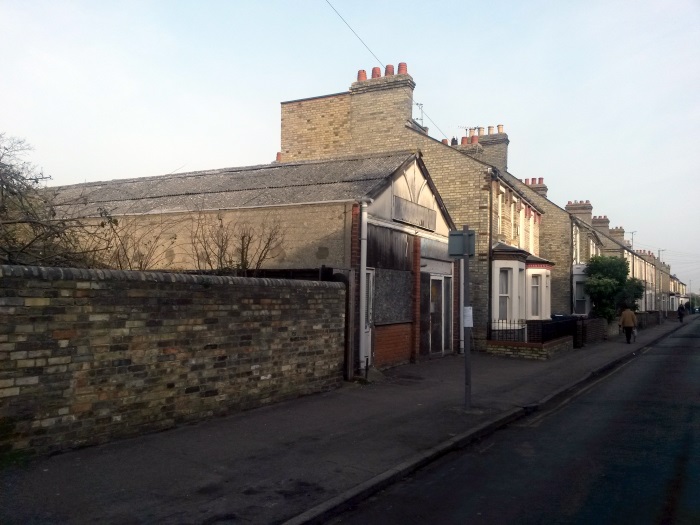 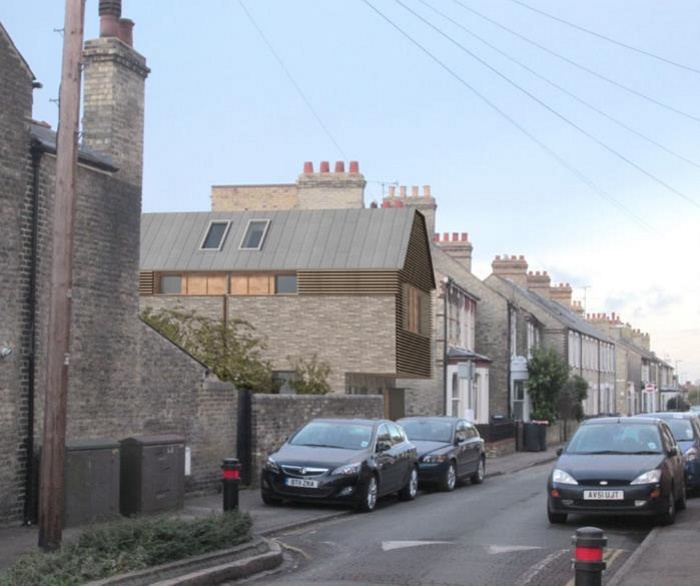 The process is terrifying!

Despite Mark’s 20 years of writing about how to build houses, he finds the process of actually going through the self build process again terrifying! The process is so different from when you buy an existing house, particularly a new build, where the only considerations might be choosing paint colours and tiles. He explains that: “You’ve got to invest yourself in it, you’ve got to immerse yourself in it.” And even with the best knowledge bank in the world you still can’t really determine how much it’s all going to cost, because it’s so driven by market conditions.

Mark knew how much money he and his partner had available to put into the project, with a contingency factored in from the outset. Both being over 60 they were keen to build mortgage free if possible. His partner had sold her house, with the money sitting in income bonds which could be accessed quickly.

The landowner insisted that completion take place within the unusually short time of just 10 days. Money that Mark had from a previous house sale a few years earlier had been sitting in bonds and shares, so Mark spent the 10 days making the cash available in order to meet the deadline. For a self build in an area that has a competitive property market, being a cash buyer and not having to borrow to raise funds is a huge advantage.

Use basic cost tables as a starting point

By looking at various property websites you can ascertain what a finished house in that street is likely to sell for, and use that to work back from its finished value – i.e. estimate roughly what it will cost to build and roughly what you’d spend on the plot.

“So in a way, right from the outset, you don't think of it as a developer. You think of it as this is what we need to secure this plot and then we figure out how much we can build a house, how big a house we can build, what we can build with our budget. So it's sort of almost back to front really. It's not the classic developer's calculation that everything drives the plot price down.”

As a starting point, Mark suggests looking at the basic cost tables that you can find from RICS and in property magazines, although he is finding that these are actually at the low end of expectations as his costs so far have been coming back far higher than expected. And even within a cost per m2 price bracket, Mark points out the range in the sizes of buildings produced can be vast.

Mark recommends using the cost tables to get to the planning application stage, thinking simply in terms of does it fulfil the criteria of what’s wanted, does it look elegant, will it be energy efficient, and will the neighbours accept it. After that stage he suggests turning to an itemised spreadsheet, filling it out in more detail and building up the budget. Mark himself is currently at this point and is only now starting to think about the build method and the construction materials that are going to be used.

A half built house is probably worth less than an empty plot!

The work needs to be broken down logically into packages of what work needs doing, in what order and how much it’s going to cost.

Once the prices start coming back, if they turn out to be beyond your means, or you have lost heart, then you still have the option to sell the plot with planning permission on it. What you don’t want to do is start building and then try and sell half way through.

You can control the cost outcome of elective extras

While there are some elements of the build where you have limited control over costs – such as demolition, groundworks, and building the structure of the house – there are ‘elective extras' where you can actually have control of the cost outcome. Mark uses the example of a kitchen, whereby the functionality is the same whether you spend £3,000 or £30,000, but you do actually have quite a lot of control over the amount you choose to spend.

While some constraints might be imposed, either by the site itself or by planners determining material choice, other elective extras might give you self-imposed constraints. An example of this might be in wanting to build to the Passivhaus standard there might be additional costs for joinery, triple glazed windows etc.

Build to the neighbourhood

With so few urban sites available, sometimes it might be necessary to just build to what’s there already. If you were to come across a house on a very expensive street, you might find that building a house of 120m2 would leave you spending way over the odds on the site, when in fact the site might be demanding a house of 200m2+. In this example of only wanting to build a small house, spending so much money for the plot would be pouring money down the drain because the development criteria suggests you should be building something in keeping with the neighbours.

Budget for the entire project, not just the house

The first rule of sticking to a budget, is making sure you make a budget in the first place! And always factor in a contingency, probably of 10% or more.

Always ensure you include items which might not immediately seem obvious to include as they’re not necessarily part of the house itself. Don’t ignore fencing, outbuildings, garages, paving etc. In Mark’s case, his plot doesn’t have rear access so they will need to start by building a shed in the back garden (which can be used as a site hut too).

Also be careful if you’re working off cost tables, as the price per square metre doesn’t include gardens, garages, outbuildings and other things. The square metre rate also doesn’t take into account development costs, such as installing services, running drains, fencing paving etc. In order to make a back garden plot serviceable you may need to spend £30,000 or more. This would be a development cost, and not a build cost.

Try to gather costs from whatever sources you can, be they magazines, books, internet etc. Mark also recommends using a quantity surveyor. As he puts it: “Every pound spent at the beginning saves £5 at the end!”

Keep on top of the spreadsheets, so you know right from the outset if you’re going over budget, instead of leaving it too late and running out of money before you can finish.

“I wish there was a short, pithy way of saying it, but it's actually a lot of detailed accounts work that goes into a) making the budget in the first place, and b) sticking to it.” 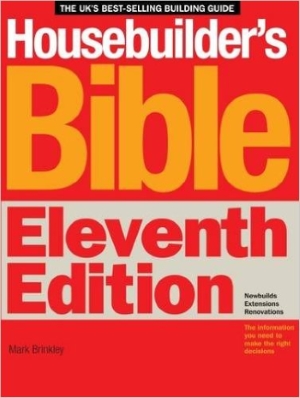 We're going to be having a House Planning Help meet-up at Ecobuild this year, on Tuesday 8th March.  Alex Baines, who we're featuring in The Hub, will also be there and answering your questions and telling us how progress on his Long Barrow project is going. If you're going to be heading to Ecobuild, we'd love you to come and say hello!