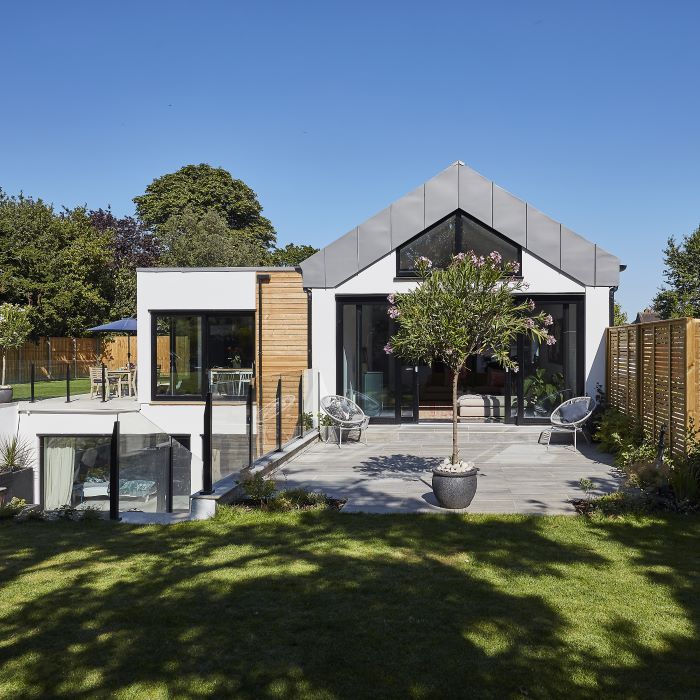 HPH245 : How do you create a healthy home? – with Elinor Olisa

Elinor Olisa explains why her family's health was always paramount to the decision making on this build.

When Elinor and Born made the decision to self build, they realised they could create an environment that was a safe haven for their children, where they were free to live without restrictions as far as possible.

“This house very clearly for us was going to be about the health and the future proofing. And in doing that, we can make choices that will be good for the environment, good for our bodies, good for our well-being when we’re in them.”

Both boys have severe, life-threatening, anaphylactic allergies to a number of things, including wheat, dairy, eggs, nuts, soya, pulses and oats. The severity of their reactions can vary according to their health and immune systems at the time, so it was very important to Elinor and Born that they create as healthy environment to live in as possible.

Elinor and Born are used to researching online for clothes and products for the boys, and reading the fine detail to make sure they're suitable. Both boys are allergic to wool and they have had to be careful to find breathable materials that wouldn't irritate their skin.

“So, we said we’re just going to do our very best to research every single product that comes into this build and do it in the same way that we would for any other item that we were sourcing for the children.”

But when it came to researching building materials and interiors, they discovered it was much harder to find the information about how they would impact on health, particularly from UK companies.

As a consumer, ask questions

With the growing popularity and interest in gluten-free and vegan eating, and also tragedies we hear about of the impact that improper labelling can have on people with allergies, Elinor believes that it is now more acceptable than ever to be asking those questions about what is in the food, without being judged as picky eaters.

When it comes to the construction industry, she believes that companies need to start being more transparent about their products and shouldn't be able to sell items that have poisonous paints, glues and MDF.

“The largest piece of learning that I took away from doing this build was to ask questions. It’s not to just assume anything. Don’t assume that because somebody is selling it, that this is something that is okay for you to take home and have. Do your research, take responsibility for it, and ask questions. Because I think by us as consumers asking questions of retailers, they will become more willing to label things better and to give you more honest answers about the make-up of their products.”

Environmental sustainability was an important factor

They were also very conscious on their build to be as environmentally sustainable as possible.

“(We) hope(d) that we could make less of an impact, feeling thoroughly horrified by the amount of rubbish that our build did produce. We did start to look to second-hand products, and we did look for upcycled things and we did look at what we’d already got and thought, rather than throwing it away, what could we do to it that would make it fit this space.”

The choice of plants in their home was given careful consideration. They would always check whether it would have a neutral, harmful or positive impact on the house, and there was plenty of useful information available online to help.

They have used lots of plants indoors that improve the air quality, and usually avoid fresh flowers because of the pollen. In the garden they have plants that are bee-pollinated, which is more localised, rather than tree-pollinated, which can be more of an air-born irritant.

“That said, having the garden, having the outside, our children go outside, they go to the park, they go to the playground at school, they go to the woods, they do all of those outside things. So, they’re going to come in contact with it. We live near a very busy road. There are all sorts of things we cannot possibly control. It’s just what we’re doing within our little, small environment here.”

Passivhaus was an easy decision

One option their paediatrician suggested was a clean air chamber for the children to sleep in, which in studies had shown high success rates at improving immune systems and asthma and allergy symptoms. Elinor and Born weren't keen on the idea of a chamber for the boys to sleep in, but on hearing about MVHR units, they realised the concept could apply to the whole house.

The plot was only available to families

With a lack of success at finding a property to purchase, they made a successful bid for a plot of land in London. It came with a caveat that the people who were selling it, wanted a family to live on it. Elinor suspects without that caveat they would have been unable to compete against developers for it.

Amendments were made to the previously approved design

The plot was a back garden piece of land which already had planning approval. The approved house was cleverly designed to comply with the restrictions around height and size. They felt it was a beautiful design which took into account that they would need to dig down to create a family-sized home. They worked with their design team to adapt the original plans to suit their budget and lifestyle.

A temporary right of way across another plot was the only way construction vehicles could access their site. And with that other plot also being up for sale they were unsure as to who would buy it or whether they would continue to be allowed access. The necessity therefore was to build the house as quickly as possible.

In hindsight Elinor thinks what they should have done was said they needed a specified amount of time to complete the build once they'd broken ground, rather than committing to their access running out on a date in the July. Fortunately they were granted longer access but it was an additional stress on the building process.

Elinor used Enhabit for the design and build of the structure, while doing the rest of the procurement themselves. While having that level of involvement did save themselves some money and give them control over the decisions, Elinor does see the benefits that having a company oversee the whole process would provide.

Although their team all worked well together they did occasionally come across issues that seemed to fall outside of the remits of everyone involved.

Lighting can impact on health

Although lighting was not something they had given much thought about in previous homes, they employed a lighting designer on their project who was doing research into the benefits of light on health.

Lighting was a concern for the basement area, with worries about whether they would have the feeling of daylight, but they have used biodynamic lighting which is a gentle and adaptable system. Across the building they have some feature lighting, and also general lighting.

They are now aware of how much impact lighting can have on comfort within a space and how it can play an important part on health.

The family are loving being in their new home and are reveling in a sense of relief and achievement.

While the impact on the boys' allergies won't fully be known until they re-take an allergy test, Elinor has noticed they are having far fewer reactions to things and the asthma attacks have reduced. As a family they are sleeping better and feeling healthier and happier.

“If we were to give advice to anybody, it would be I think we can all make changes in our existing homes. You don’t have to build a house to do this. There are changes you can make in your existing home that can have a significant impact on your overall health.”

Download a transcript of the interview with Elinor Olisa.