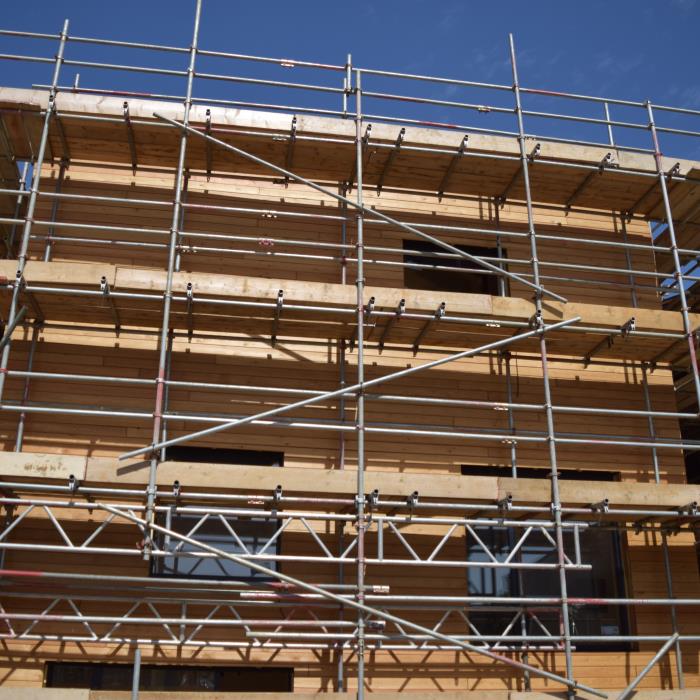 HPH223 : What is it like to self build at Graven Hill? – with Dean Scott

Dean Scott takes Ben on a tour of the Graven Hill development, and of his own energy-efficient self build. 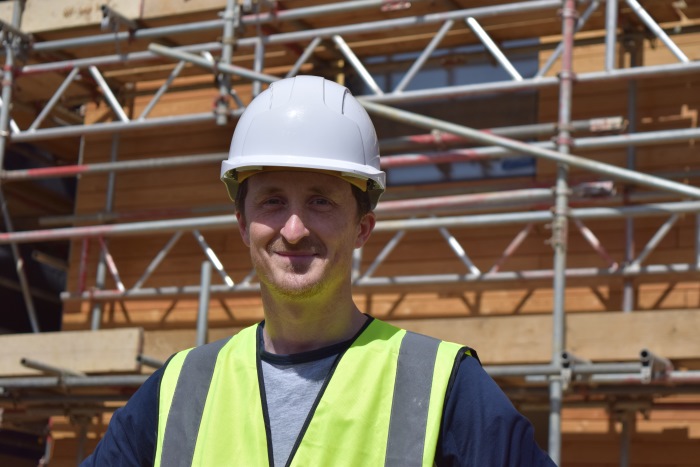 When we last spoke with Dean, he and Hannah had expressed an interest in a plot at Graven Hill and were making preparations to push ahead with the purchase. That was nearly two years ago and Ben recently returned to find out how much progress they have made and, particularly, what has been unique about building at the Graven Hill development.

As well as new homes on site, the infrastructure is changing too

With all the construction and infrastructure work going on, some roads are being closed off while others are being opened up. This can make following directions quite challenging (as Ben discovers)! 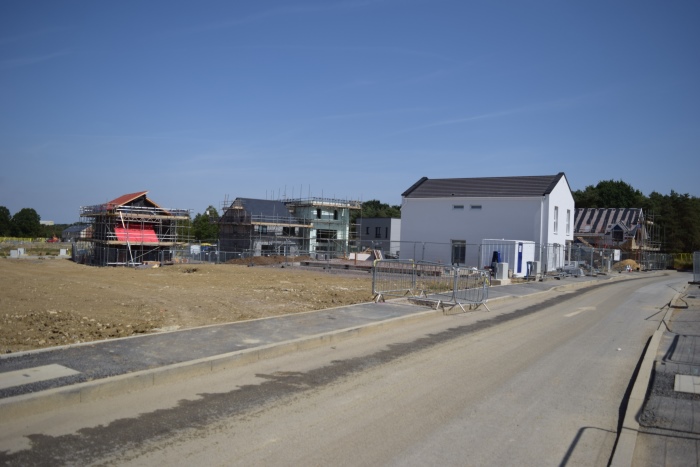 Proximity to other houses under construction can influence schedules

Some houses are being built with a metre distance of neighbouring plots. So with just a two metre gap between buildings, and scaffolding for each being a metre wide, there can be a problem with sequencing.

Their direct neighbours had their scaffolding up before Dean and Hannah were ready, which meant that they couldn't dig their service trenches down the side of the house, so this has had to be put on hold.

With the scaffolding needing to be tied together, they've had to use the same lift heights as their neighbour, as will the neighbours that follow on the other side.

With three or four different scaffolding companies being used and joining onto each other, Dean thinks it probably would have made more sense to have used a single one. He is unsure about whether there might be issues when they start being taken down, particularly if one neighbour is ready before the other.

Planning requirements might depend on what your neighbours are doing

“I think there are some planning requirements we have to go through, but because everyone’s developing at different rates, it sort of depends on what your neighbours do.”

Dean and Hannah submitted their designs before their neighbours did, so there were no planning restrictions because of their house. This means they haven't had to use frosted glass on some windows where otherwise they might have needed to.

The house follows a cube design

Dean has taken 3 months off work to concentrate on the build and be on site as much as possible. Two months in, and construction work has so far brought about an almost weather-tight shell, with the Cross Laminated Timber frame, cladding, windows, doors and roof installed.

With the plot being eight metres wide, and the building spread over three storeys to get the floor area they wanted, Gresford Architects came up with the concept of a cube design for the house. The windows are all square and Dean is currently working on the detail of the front door, to try and follow the square theme around the rectangular frame. The cube shape also allows for two areas of double height space, for the sense of drama.

The windows they are using are from the Idealcombi Futura+ triple glazed range, and open inwards. They are tilt and turn, so Dean is hoping they won't be awkward and get knocked. Despite them being large he has found the mechanisms to work efficiently. They shouldn't have any overheating in the house, but to be sure, they are installing external roller blinds on the windows. 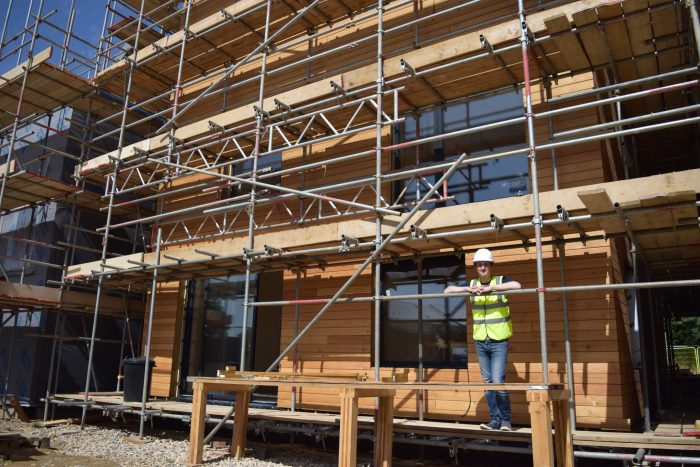 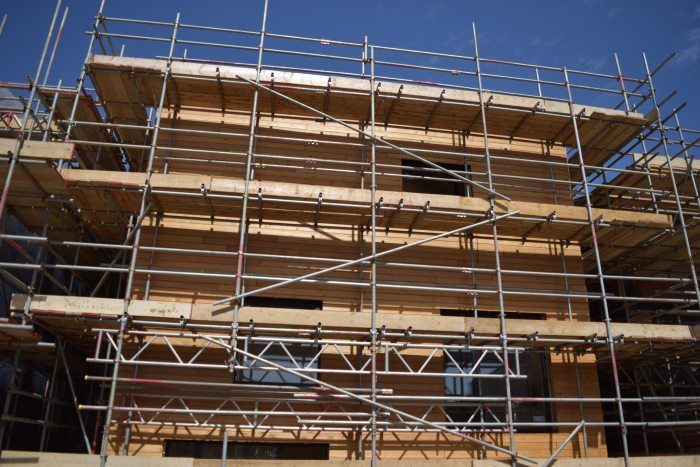 Do what's needed to move in, then treat it as a long-term project

Dean and Hannah are looking to move in as soon as they can. They are currently renting a home so are keen to divert those funds into this house. Some of the decoration may have to wait, but the big things that still need doing for Building Control will be flooring on the upper floors, fire doors, fire treatment on the inside of the walls, window reveals, service runs, electrics, MVHR, gas boiler etc.

Dean is unsure how he will define ‘finished' on this project but expect they will move in before all the decoration work has been completed. They may for example get the family bathroom done, but leave the en-suite until later.

This does have to be balanced against the VAT reclaim. What they don't want to do is move in and then buy lots of things they're unable to reclaim the VAT on.

“I think I’m definitely prepared to relax what I feel is a finished state, just to be able to live here and just to get on with life again.”

They under-budgeted, rather than over-spent

Dean and Hannah think they are probably around 8-10% over their budget, or as they prefer to think of it, they under-budgeted by 8-10%. They haven't spent more on luxury items, it's just been the cost of delivering what was planned.

“I think ultimately what it means on the budget is that gone are the dreams of any sorts of luxuries, essentially. It’s just barebones basics to get in and then we’ll develop it over the next two, three years or whatever it takes. But as long as we get in and it’s comfortable, which I’m sure it will be, then we can just get on as a family and we can take it on from there.”

It does mean they may have to take on more of the work themselves and be cautious with remaining quotes. A trickier issue for them currently is cash flow.

They have been using Ecology Building Society for their mortgage and found them to be brilliant. They have had three revaluations as they have gone along, to then be able to have funds released. And on occasions when they have been caught out by an invoice, they have emailed asking for another release of funds and the money has been in their bank account later that day.

“So, we’ve got value still to release, which is good. That money is there. And that’s the good thing. We have built the value. We’ve not got ahead of ourselves. So, the building is worth what we’ve spent on it, if you like, which is good news.”

Despite the hard work and stress, he hasn't fallen out of love with the house

Dean is hesitant to say that he has actively enjoyed the self build process, but he does get joy from entering the house and being in the spaces they have created. He says it feels more like he's working on someone else's house, and that it doesn't yet really feel like it's theirs. But as contractors finish up and they're able to start tidying up inside, it's starting to feel more like a home.

Images of the Graven Hill Development

One of the things that stands out at the Graven Hill Development, is the diversity of houses being built. These images show some of the self build, custom build and affordable housing being built in the first phase on the site. 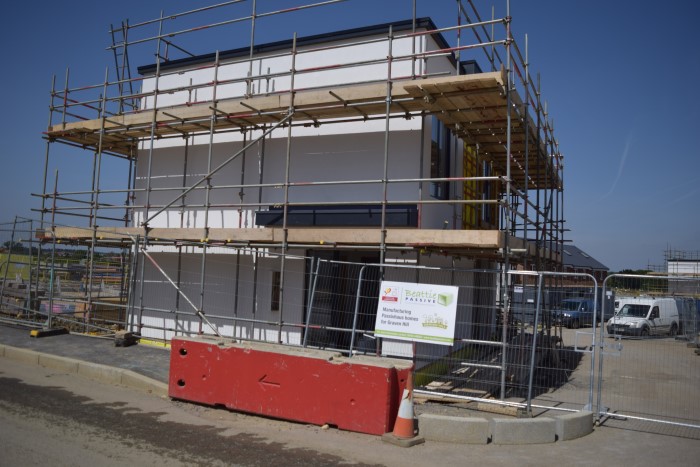 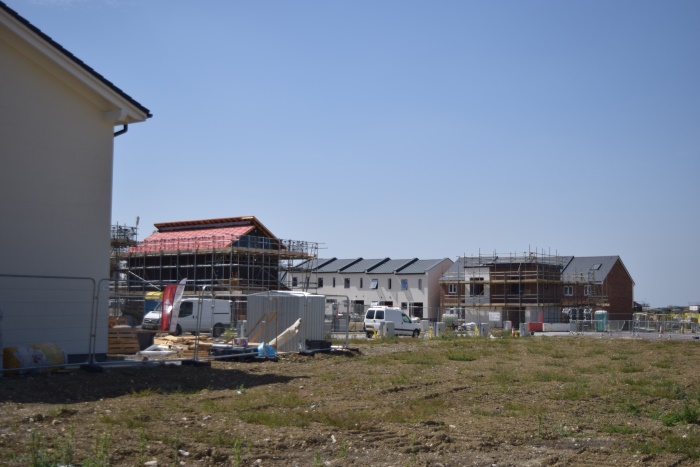 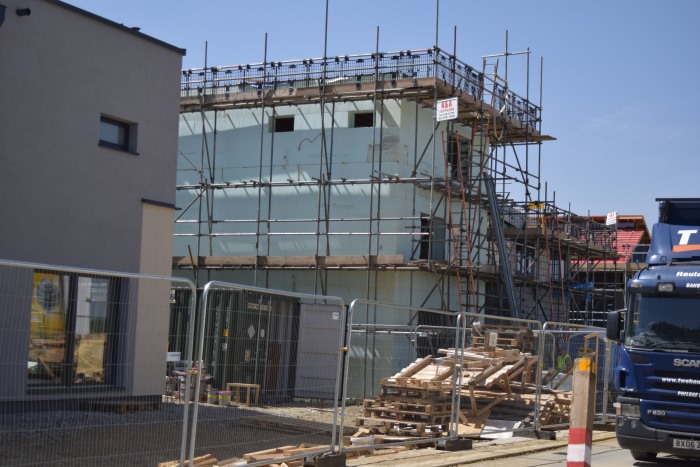 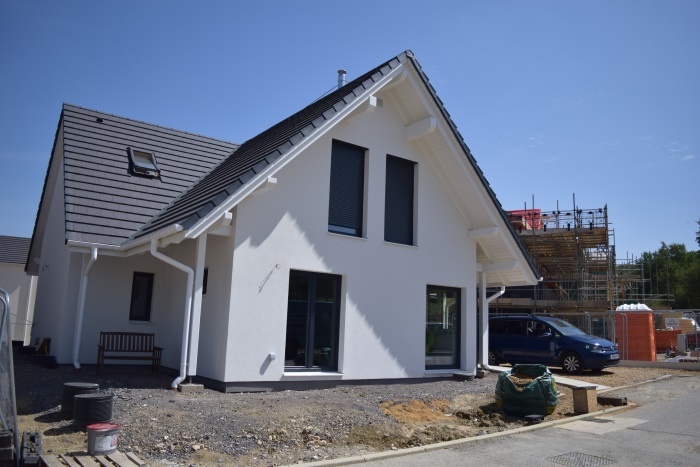 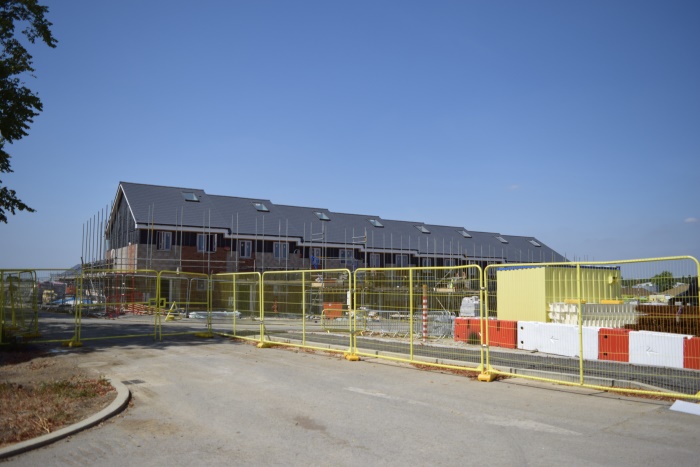 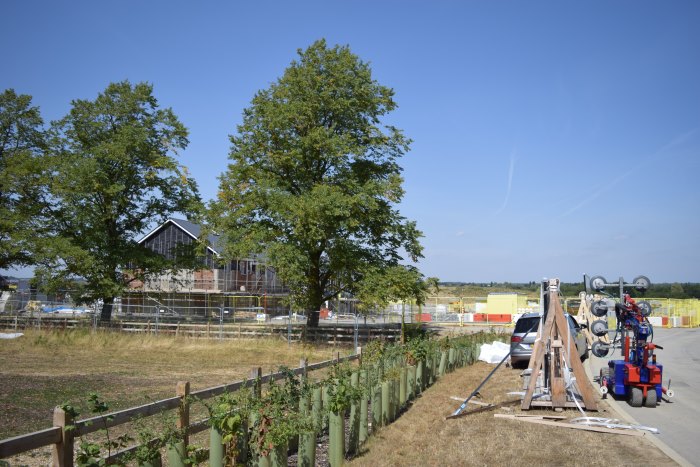 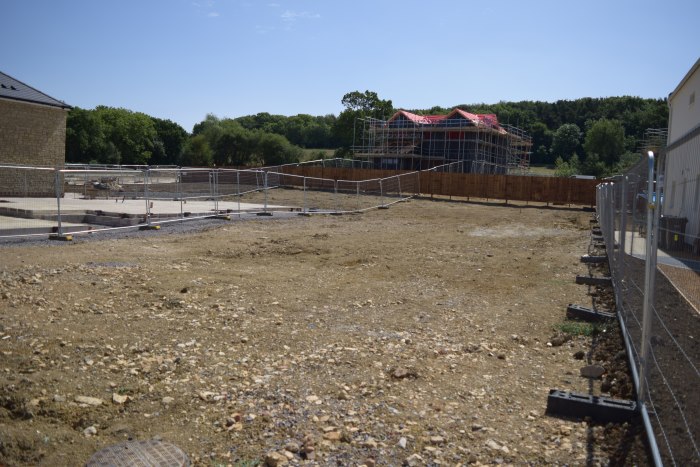 The shortlist has recently been announced for the 2018 UK Passivhaus Awards. Among those listed are Ruth Butler's Hampshire Passivhaus.

In the last few days we have launched our new Facebook page, www.talkselfbuild.com. This group is a place to discuss the challenges you might be facing, get fresh input on your ideas, share resources and inspire each other through what can be a roller-coaster ride. Although it's free it is a closed group so please do take a look and join.

For those that would like access to more resources, video case studies, step-by-step modules, and monthly progress calls, then join our community at The Hub. In fact, Dean Scott was our first member!

Find out more about Graven Hill