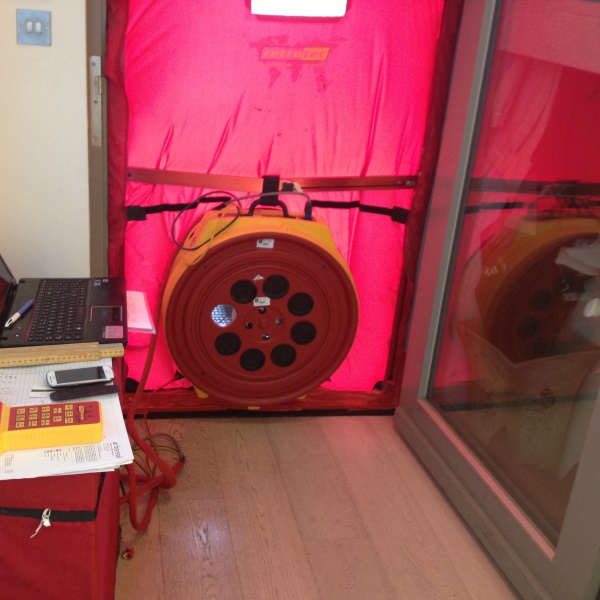 HPH227 : What's the best way to build an airtight structure? – with Paul Jennings

Air leakage expert Paul Jennings looks at how best to achieve that all important airtightness when using particular construction methods. 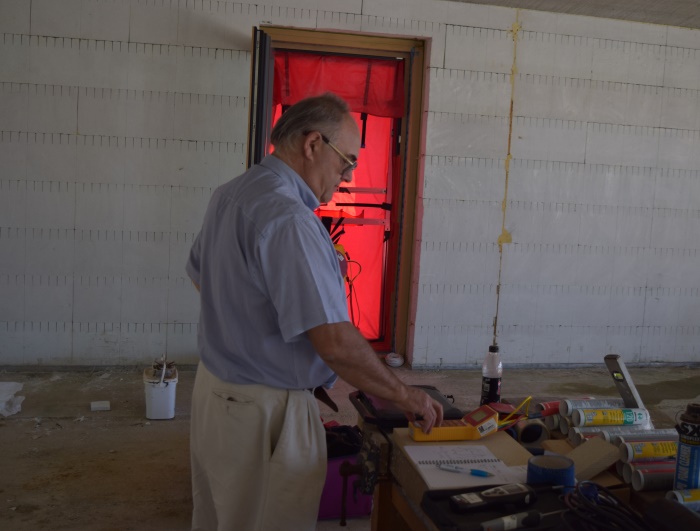 Paul Jennings is an air leakage expert with over 25 years experience. In our previous interview with him he explained how to achieve airtightness in low energy buildings. He also appeared in our documentary “The Future of Housing – and How Airtightness Can Help”, taking a look at housing construction quality and building performance to see how they could be improved.

For this podcast, he looks at some of the issues with achieving airtightness in different construction types.

Paul recently tested a bungalow that was built using Cross Laminated Timber. The airtightness is essentially in the timber, and in this bungalow there were up to 8 laminations in each of the panels. The roof was a sandwich panel with layers of lamination, insulation, and more laminations on top. With the panels being larger than standard OSB boards, there is less taping involved. Each panel is also very strong, and strengthened further when screwed together. The taping goes where the panels butt up to each other, around windows, ventilation ducts, sun pipes etc. Once you have taped to the timber you have airtightness.

Paul is starting to think that there is no need for a membrane on the outside. The CLT doesn't meet insulation values but he thinks it's perhaps easiest to insulate it externally and make it airtight on the inside.

Paul has experienced very good results with SIPS panels, which he feels have the potential to be very airtight. So far he hasn't seen anyone using the airtight OSB as one of the faces of a SIPS panel system, which he thinks could improve it further.

He explains there is a difference in results depending on whether foam is injected into the pre-made box, or whether a piece of foam is cut and put into a section of wood which then has sides added. The latter won't be as airtight.

SIPS panels can be a problem on site if they get saturated with water as they take such a long time to dry out, and the airtightness tapes do not adhere properly.

Masonry construction ticks the box of being a system that normal builders are used to building, where most materials can be sourced from a standard builders' merchant. Paul offers Denby Dale Passivhaus as a great example of this.

Paul explains that any construction with a cavity in, is a weakness for airtightness. If air can move laterally it can get around things and leak where you wouldn't expect it to. He prefers a masonry build that has a masonry wall which is ideally wet plastered for airtightness on the inside, with insulation and render on the outside.

“Because at that point, you have to have a continuous hole from the inside to the outside. You can’t have a hole through the inner leaf, then air moving in which way it likes in a cavity and then coming out somewhere else. It’s more robust for airtightness.”

Paul points out that almost every masonry build has a timber frame roof, so as soon as you've opted for masonry construction you've doubled the number the number of build forms in your house anyway.

Paul emphasises how the more complicated a build is, the harder it will be to achieve the airtightness. There is greater scope for people on site getting confused, doing the wrong thing or not checking details properly.

This isn't a widely used construction method in the UK but there are increasing numbers of companies trying to develop it. The benefits of this method are that production has less of an issue with weather, shortage of trades people etc, than for on-site construction. The ones Paul has seen have been generally at a prototype stage with initial positive signs and great potential. He believes they will have to be built to be incredibly robust, as otherwise they wouldn't survive being craned on to a lorry, driven to the site and craned off again.

One of the big advantages of modular construction is there is less time spent on site, which means less financial impact from weather delays, and less overheads on things like site supervision, site cabins and toilets.

Airtight OSB is gaining in popularity

The trend that Paul is seeing at the moment is that membranes are losing out to the airtight Oriented Strand Board (OSB) and, for refurbishment particularly, to blowerproof paint. The most popular he currently sees in the market, and which he thinks are proving to be very successful, are the Durelis and the Propassiv.

Choose the right tape for the job

Choose the right manufacturer, and the right tape. For example, don't try and use 50mm tape to cover a gap of 60mm. Choose one that is wide enough for the gap.

Paul believes the two best products for airtightness are produced by SIGA and Pro Clima. But no matter how good the tapes, most important of all is how well they're applied.

Plan early and get advice from the experts

“You really want to get your designing done early, get your planning done early and then don’t mess with it. Because every time you change it, there will be unforeseen consequences. Usually those will be things that make your airtightness worse or harder at least.”

Paul encourages self builders to take advantage of the Passivhaus Open Days and talking to the people who have built them. There are also the AECB and UK Passivhaus conferences that people can attend and find out more about the network of experts.

“There are networks of people and a lot of them are very committed people. They give their time, they give their energy and they often don’t charge as much as they should for it, because they believe in it.”

Download the transcript of the interview with Paul Jennings.

We re-run an interview from 2014 with Stephen Gurney, who explains what causes poor airtightness test results and how they could have been avoided. 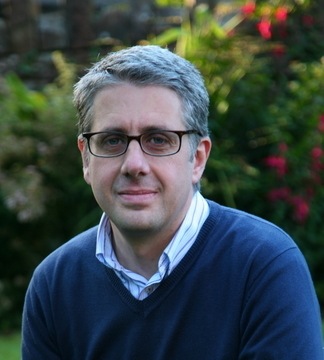 Stephen Gurney has worked in the building trade for many years but about six years ago he became more interested in ecological buildings and sustainability.

How the different airtightness elements are joined is very important

Stephen explains that in order to create an effective airtightness layer, the designer must think carefully how each of the elements join together.

For example, how does a concrete floor slab (airtight in its own right) connect with the membrane on the wall? The strategy must make sure everything is sealed properly and that there is no air leakage. 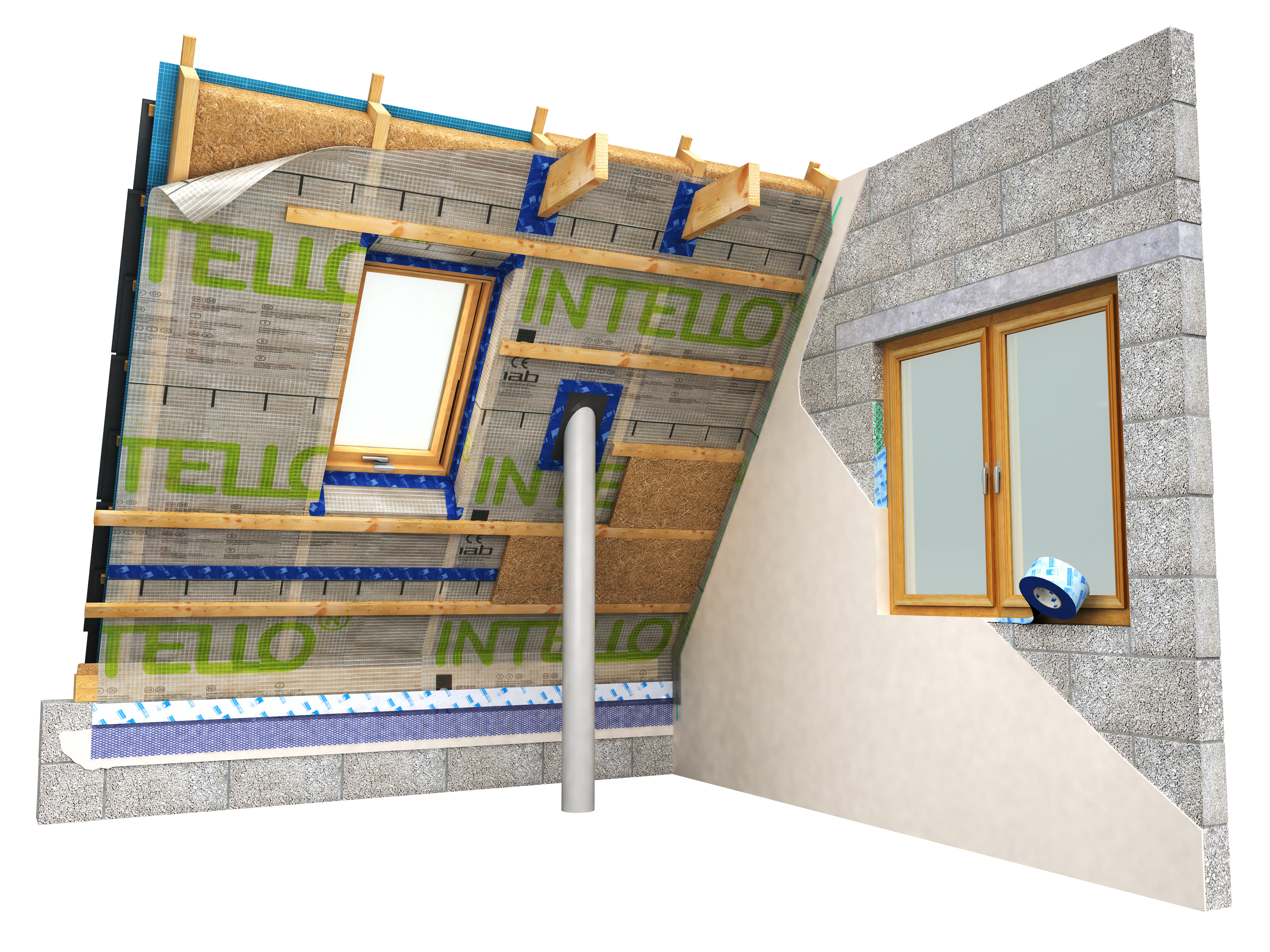 Depending on the construction type, there are various products that will be used to achieve the airtightness layer. Pro Clima is one of the leading manufacturers of these high performance materials.

Getting the installation right is essential because otherwise energy efficiency will be compromised (and therefore running costs will increase, too).

So if installers bung a bit of foam and silicone sealer around very expensive triple-glazed windows, eventually there will be shrinkage and a bypass will be created (airflow to the outside).

For low energy buildings, carrying out an air test once the windows have been installed is a way of identifying the leaks.

Small holes in the fabric may seem irrelevant but when they are repeated over the entire building they quickly add up to one big hole!

Dealing with these leaks early on is much better than when the finishes have been applied.

Vapour control and airtightness should work hand in hand. Both are trying to stop air moving from the inside of the building to the outside.

Stephen says: “If you are losing air and it's the air from inside the building, it's warm moist air but it's quite stable so humidity levels around 50%. But if that breaks through our envelope, what happens is it will hit a cold point at some point in your structure and condense there.”

When water gathers within a building, mould and rot can form (which in turn might trigger health issues for the occupants, such as asthma).

It is a false economy to save money by using cheap airtightness tapes. All that happens with inferior products is that over time the glues dry out, become brittle and then the tapes stop functioning as air barriers.

The glues in high performance tapes are similar to the glues that are used in aviation to hold sections of aeroplane wings together! Not only can they take a high variance of stress but they are very good with humidity as well.

Tradespeople need to understand why they're taping!

Stephen believes that airtightness is compromised when the people handling the materials don't understand what they're doing – they're just handed a roll of tape and told to get going!

So on-site education in the form of ‘toolbox talks' is imperative to get everyone to understand that the efficiency of the building relies on how well these tapes are applied. 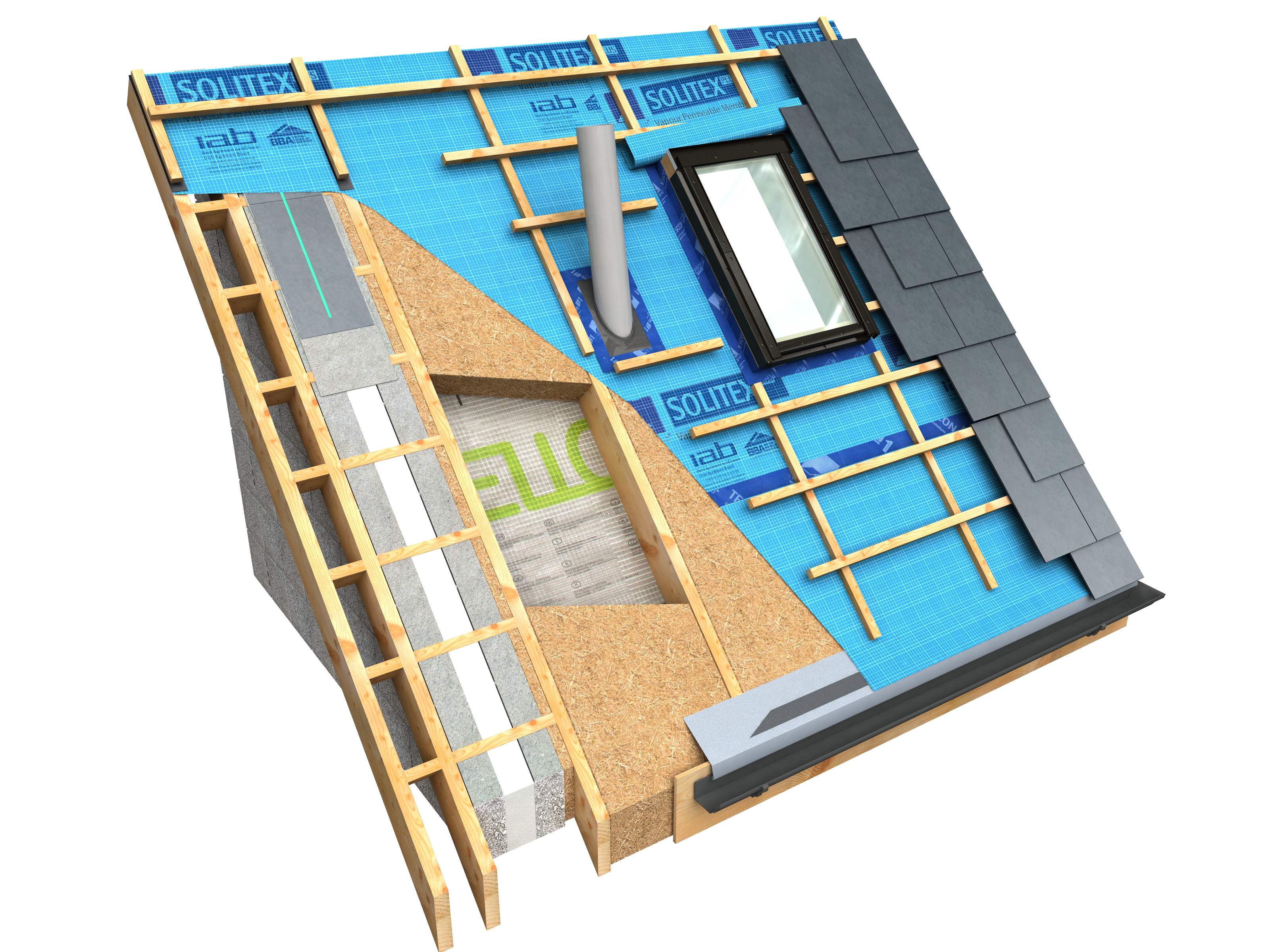 It's a good idea to have somebody on-site who's always on top of the airtightness. This ‘Airtightness Champion' is there from the beginning to the end and is always checking that the materials are being applied correctly and that subcontractors, such as electricians and plumbers, are not making holes in the envelope.

Watch The Future of Housing documentary

Also on the subject of airtightness is our 2013 documentary. If you haven't seen it, then put the kettle on and kick back! It's about 30 minutes long and features a number of UK experts.