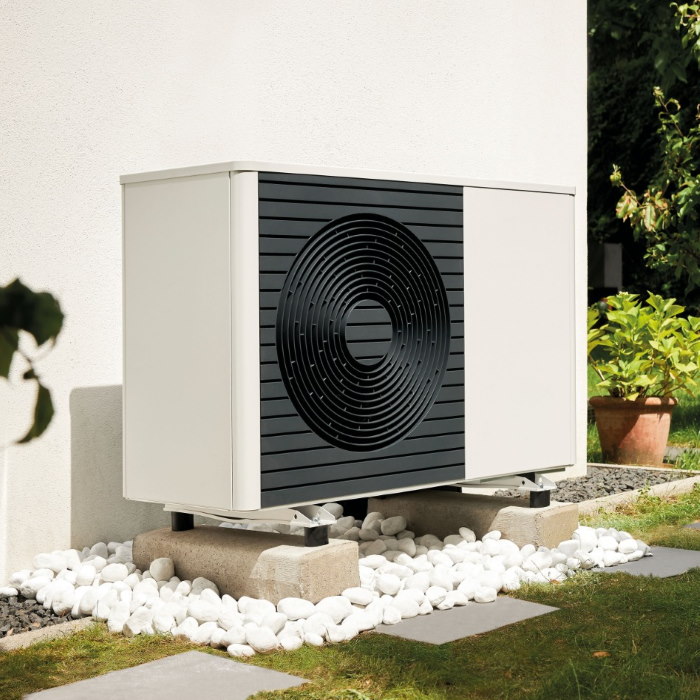 HPH323 : Can I heat my home with an air source heat pump? – with Nathan Gambling

Influential podcaster and heating systems expert, Nathan Gambling, explains why choosing the right installer is even more important than selecting the heat pump.

Nathan comes from a family of heating engineers and he followed suit, completing his apprenticeship with the MOD in 1991. In 2006, he started teaching, including running City and Guilds courses in a prison, before also teaching in colleges.

With his unique background in heating systems and teaching, Nathan now runs the BetaTalk podcast; a highly respected source of content and information for engineers and those interested in the heat pump industry.

We teach people to be qualified, not competent

This is Nathan's assessment of the vocational education system in the UK. Having come out of that, but still wanting to facilitate learning, he got into podcasting where he was able to use his skills and connections to disseminate and amplify the voices of quality heating engineers. He is a firm believer that the starting point of any installation should be finding a competent engineer, but this isn't always straightforward for a homeowner or self-builder to identify.

Using a quality engineer should be a priority

Heating is a complicated business, yet anyone can set up a plumbing company without any qualifications at all (unless you're also dealing with gas, which would need the necessary certification). As an engineer, you don't need certification to install a heat pump, unless you're doing it under the Microgeneration Certification Scheme (MCS) which is where you're getting a government grant. Something to be mindful of, is that the MCS accreditation applies to the company, rather than an individual engineer, so it could even be possible that that person has left!

According to Nathan, the best engineers are those that engage in peer-to-peer learning and are constantly talking to each other about different techniques and best practice. These are the people that are on social media networks looking to learn from one another. It's not just about training but familiarisation with what's current in this quickly changing industry.

Nathan says that the range and quality of heat pump units on offer, whether supplied by the HVAC world, specialist heat pump manufacturers or traditional boiler companies, are actually pretty similar. It's having a good engineer that will be the difference and make the unit work very well.

Heat pump technology exists all around us already

Yet, much of this is technology that most of us wouldn't even normally associate with heat pumps, such as in vending and slushy machines. We also commonly confuse it with air-conditioning, but actual air-conditioning is quite rare. The systems in place in office buildings, cinemas, and retail centres, are much more likely to be something called comfort cooling, which heats us as well as provides cooling.

Heat can be extracted from even the coldest air temperatures

Essentially, a heat pump is something that moves energy from an evaporator to a condenser, and uses vapour compression to do that. It uses a refrigerant to compress it and extract more heat.

Unless you get down to -273.15 degrees celsius, which is the temperature at which atoms stop moving, you can extract heat energy. That energy is compressed, before being released out with a condenser.

In most domestic situations this would be an air to water system, where you're extracting the energy from the air and emitting it to the rooms via water running through radiators or underfloor heating.

Your power demand changes according to the outside temperature

All homes will leak, some more than others, and if there's a temperature difference between indoors and outdoors, then heat will move.

Systems tend to be designed to be able to cope with the average coldest day in the UK, which is around -3 degrees. Most homes need 8000 joules of heat per second to be able to maintain 21 degrees inside when it's -3 degrees outside. That's 8 kilowatts.

When it's 5 degrees outside it will need 5.5kW.

Your power demand is therefore constantly changing depending on what the outside temperature is, because heat will move more quickly if there's a greater temperature difference between inside and outside.

Unfortunately, most gas boilers work on fixed temperatures, whereas they need to be modulating their temperature around the radiators according to what the outside temperature is.

“So if you design your system to be able to reduce that flow temperature in your emitters, for the colder temperatures, that's when you start to see these really good what they call COPs – coefficient of performance.”

The way to do that is with the size of the emitter. A good engineer will design a system that gives you the lowest flow temperatures possible for the coldest temperatures, which could mean both underfloor heating and radiators to increase the surface area.

There are few constraints on where to site a unit

Planning laws in England dictate that the external unit should be installed at least a metre from the boundary. Although they do make some noise, Nathan says they're generally no worse than standard oil boilers or gas flues. However, it's still wise to distance units from the neighbours' windows.

Some people aren't keen on the aesthetics of the heat pumps on their properties so try and cover and disguise them. However, as the pump needs to extract air from the outdoors, you don't want to be restricting its ability to do that.

It is critical to size a heat pump accurately

Too big and you're paying too much for a system that won't run efficiently. Too small and it won't meet the energy demands of the home.

Traditionally, heat loss calculations were used for sizing heating systems. These take data about the fabric of your home from SAP/RdSAP reports, so are more of a prediction about how it should perform, and assume that every square metre of your home is performing the same, which doesn't happen in the real world.

There are now new methods that can accurately measure the speed of heat going through your fabric. This heat transfer coefficient means you know what power you then need for any external temperature. Nathan says there are two different approaches that would achieve the same result.

Veritherm – this is an overnight test that uses heaters to increase the internal temperature of the property, while fans distribute the heat around evenly. Halfway through the test the heating is turned off. Temperature sensors inside and outside record measurements throughout the night. The algorithm knows how much power has been used to heat the property and monitors the speed at which that heat leaves through the building fabric to give you the heat transfer coefficient.

Heat Pump Survey – this uses several data loggers placed strategically around the home where they are left for three weeks. Their algorithm takes into account metred energy consumption along with weather data to give the heat transfer coefficient.

So tools like this are incredibly useful when designing a heat pump system.

Swapping a boiler for a heat pump may require infrastructure changes

That's not always the case and is something that will be individual to each property, but is often why a heat pump installation will cost more than just swapping out an old gas boiler for a new one. Switching to a heat pump may need new radiators and pipework.

There is currently help for homeowners wanting to purchase a heat pump, with up to £5,000 being offered under the Boiler Upgrade Scheme.

The boiler market has traditionally been incentivised

This has meant that installers may have been incentivised with loyalty schemes, cashback, holidays etc by the big four manufacturers to buy larger systems than many homeowners would actually need.

Nathan explains that a marketing tactic now being used with heat pumps, is advertising new refrigerants that can heat water to 60 degrees, which sounds great to customers. However, what's not so great is that this will actually put up their electricity bills, because the most efficient way of running a heat pump is to get the lowest temperatures as possible around your radiators.

Nathan's final advice is to not get too caught up in researching the actual product and things like decibel levels and SCoP. SCoP is a theoretical prediction of the performance that each manufacturer will give in their literature. It doesn't necessarily mean that it will perform like that, because again that will come down to the installation. Instead, focus mostly on working out who is doing good things in this space and is going to provide you with a quality system that will accurately and efficiently meet your needs.

Read more about the Verithem method of measuring heat loss, and its uses, in our interview with Tom Fenton.

Check out the BetaTalk podcast

Download a transcript of the interview with Nathan Gambling