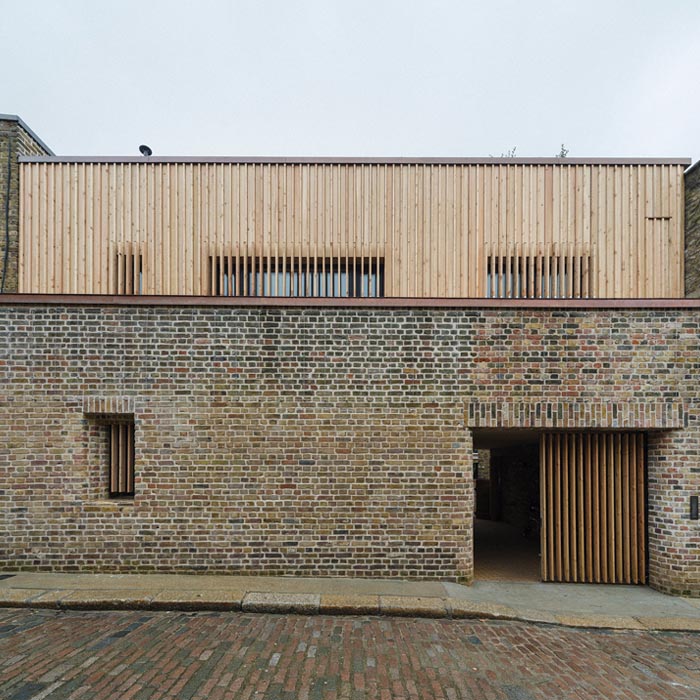 HPH313 : What input might an engineer have for a Passivhaus self build? – with Gwilym Still

Gwilym Still is Passivhaus Leader and Director at Max Fordham engineers. Sadly Max passed away earlier this year, but Gwilym explains the lasting impact that he has left on the culture of the practice that he founded. They are focused on recruiting staff who are passionate about design, and then teach them about building physics, rather than recruiting people who have been formally trained in building physics or engineering.

There are many conversations to be had at the outset

It is rare for a self-builder to bring in an engineer on day one of their project, but if they did they would be having valuable conversations around things like: the architectural shape, massing and form factor, orientation, glazing and shading, construction types and, whether it will be easy to make airtight and well insulated.

Having these discussions early on means that they're not going to get emotionally attached to a particular design, only to discover much later on that it may not be practical to achieve.

Gwilym explains that part of his job is about helping people understand the impact of the choices that they make, and the trade-offs that are involved. An example is, as a rule of thumb, that the form factor multiplied by 100 is roughly the insulation thickness that will be needed to get to Passivhaus levels of heating demand. By understanding that, clients then decide what their priorities are, and whether adding in an extra room or feature is going to be worth the extra spend on insulation everywhere.

Focus on good daylighting instead of over-glazing

Gwilym suggests aiming to set window sizes so that they will give you really good daylighting within rooms. Where possible, orientate the rooms so that living rooms are on the south elevation, and bedrooms on the north. Also aim to have the window head height higher rather than lower, as this will help with getting daylight further into the room.

Start with sizing windows for daylight and ventilation, and then check things like solar gain and summer comfort risks after that. You can also consider the G value of the glazing at this point, so how much heat it lets through compared to the solar energy that's coming onto the window, and how much visible light it lets through too.

Ventilation should be an early consideration

While this can often be overlooked and left to work out later, it's actually a good idea to consider the ventilation system as one of the very first things you think about. Things such as: making sure there's space for the ventilation system to go, that it's close to an external wall, that there's sensible ductwork routes, and that people know which rooms they will be supplying fresh air into, and which ones they're going to extract from.

Incorporating these early will achieve the best efficiency from the system, making it easier to commission and operate.

This should be to decide how to heat the space up, and how domestic hot water will be provided. For a lot of schemes, this will now be electric based as people look to decarbonise the grid. Particularly for Passivhauses, the calculations they've done show the additional cost of a ground source heat pump doesn't really make sense over the performance that people are getting out of air source heat pumps now.

Air source heat pumps do have their own challenges in Passivhaus houses, particularly as there aren't many low output units. Where the space heating demand is so low, the problem isn't getting enough heat into the building, it's making sure that the heat pump doesn't switch on and off really quickly or really often.

As general principles then, if you'd like a hot water cylinder, that should be fairly close to the things you'd like it to deliver hot water to, such as showers and sinks. And ideally, that's fairly close to the heat pump unit, which is outside. As they have a particular aesthetic, which not everyone is keen on, you can then factor in the consideration about whether you need to integrate it into a design that conceals it as much as possible. The acoustics should also be considered, as although they're generally fairly quiet, it's still worth positioning them possibly nearer to the kitchen or living areas which will be less noise-sensitive than a bedroom.

Thought should also be given to the size of the plant room, to ensure there won't just be enough room for the MVHR unit, but also space around it for changing filters or accessing it for repairs.

Designing bathrooms and en-suites so that they are fairly close to the hot water cylinder means that pipework runs can be minimised, and the hot water will reach them more quickly. Also give thought to the sanitaryware that will be specified, and opt for low-flow options. As Gwilym says, there's no point in having an efficient heat pump to deliver your hot water, that then gets squandered by a jungle deluge showerhead draining it off really quickly!

There are elements of drainage systems that you wouldn't normally think of in a construction project that can have an impact on the heat loss from the building, and the heating demand.

With Passivhaus projects, it's quite common to have soil and vent pipes terminated inside the building with an Air Admittance Valve, so it's worth making sure that it's in a place where it can be accessed and maintained in the future.

And then where Building Regulations want the drainage vented to outside, doing that outside the building envelope, or doing it in as few places as are needed is a good way of having a passive system which minimises heat loss.

Aiming for simplicity can give good results

Gwilym says that many of the high-performing homes don't have anything particularly sophisticated in them. They just have a good design, controls that are simple to use and easy for the users of the building to understand.

Some people can be fixed on the idea of having controls that link to their mobile phones, but actually it's worth keeping things simple, particularly with a heat pump system, and not trying to have an overly fancy thermostat that is doing lots of clever control. And the same applies for lighting systems. Choose really good fittings, and then the controls can be nice and simple.

Be aware of annual and seasonal energy use

Energy use in a Passivhaus tends to be mostly from domestic hot water, then space heating and plug loads. Improvements in LED technology has lessened the impact of lighting.

As well as the the split between annual energy use, it's also worth being aware of the seasonal variation, where in some ways it's more attractive to save a bit of energy on heating, because that's a lower carbon approach.

Take advantage of the resources available

Try to get an understanding of the principles early on and incoporate them into the design, which Gwilym suggests doing by accessing resources such as those from the Passivhaus Trust. He would also encourage getting involved with the Passivhaus community on Twitter and places like that, where people are friendly and happy to share experiences. It's worth it for getting advice at the right time, rather than regretting it later!

Download a transcript of the interview with Gwilym Still