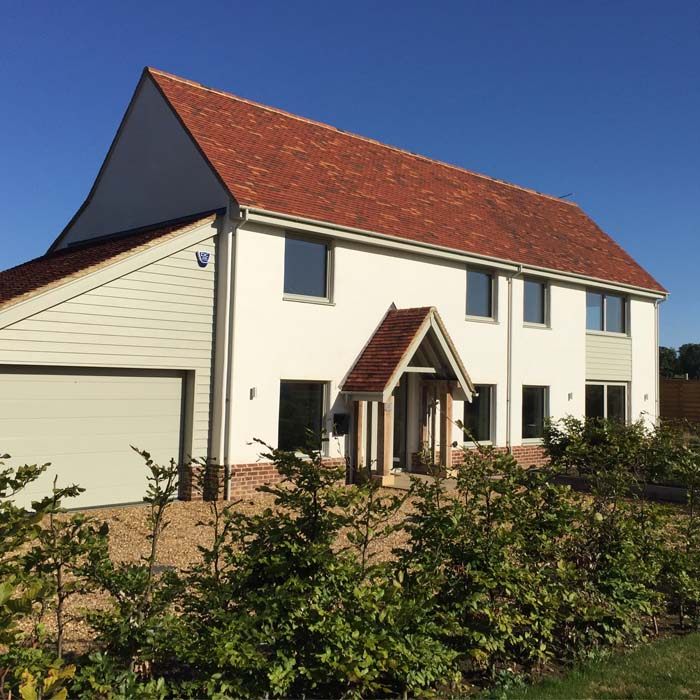 Ben Adam-Smith reflects on the homes he's lived in and what he's learnt from living in them.

I wanted to do something slightly different to mark my 300th podcast. When do you ever get the chance to reflect on where you've lived your life? Well, I am creating that chance for myself now. It's quite an interesting exercise to put all these places into one document.

I'm going to be looking back at the houses, apartments, and buildings where I have spent my time. I'll also be mulling what I've picked up from those places. Obviously there have been quite a few but I'm going to say I must have stayed in these properties for at least a year… to filter out all sorts of short stays.

And this reminds me of an episode we did with Dr Michaela Benson on how our housing needs change through life.

She had known numerous childhood homes whereas I had only one… and my parents are still there!

The grounding of a loved, family home

I grew up in the countryside in East Sussex and, of course, took it all for granted.

We had space inside and out to play. All our needs were met. We were safe, warm and well fed.

But perhaps interestingly – and this may be true of all buildings – it felt most alive the more people that were there. When we had grandparents to stay, when my cousins came over, family parties and so on.

And one of the greatest joys as a parent myself is taking my own children there, which then becomes one of those family occasions.

Little projects were always on the go

One thing I have noticed over the years is my parents' constant desire to make things better. This could be something as simple as creating a new flowerbed in the garden or be as big as an extension (back in the day).

This was on top of the day-to-day maintenance that really starts to eat into your time.

My dad was never afraid of new technology

There's doubt that as you get older it's harder to keep up! Things seem to change even faster. But my dad has not yet been outpaced. He drives an electric car, maintains a WordPress website and stays constantly interested.

I was an adult (in the late 1990s) when they extended for a second time but I got to experience the build, which also incorporated mechanical ventilation with heat recovery and a solar PV array.

And later, when I started House Planning Help, my dad even hired Parity Projects to do an energy assessment of the house and then implemented the suggested measures.

My home is where my hat is

After school I worked abroad in a few grounding jobs… I washed dishes in kitchens (a plongeur as they would say) and did bar work.

I didn't need much… and that's a good thing because accommodation was basic and often cramped. I just enjoyed the snowy Alps or the cool waters of the Mediterranean.

So when I did start a media production degree at Bournemouth University it seemed like comparative luxury.

Looking at where I lived for two of those years it looks pretty grim but I bet my motivation was how much it cost and whether it had the right number of bedrooms!

This was my first experience of cooking for myself (I don't know whether this was prompted by my spell of working in kitchens or just that I liked eating good food) and cooking smells often lingered when I was about.

Everything is a walk or tube away in London

My first proper job was working in sport on the BBC Snooker tour. I always felt a slight fraud working in sport when I had no real interest, but I learnt tonnes about how live TV programmes are put together and met some really talented people.

I based myself in West London during this time in a shoe box room! Yes, the media doesn't pay very well.

Perhaps the biggest takeaway from living here was how much is on your doorstep in London and how easy it is to travel. Although I owned a car I didn't really use it much, preferring to walk or get the tube.

I've been lucky enough to travel to a number of countries around the world. Most of the time I would stay a few days or weeks and then move on.

But I did spend over a year in one place. It was a remote village on the edge of Lake Malawi.

An Australian called Ben had set up a community project there and when he got ill with malaria and had to leave, he suggested I stay on.

And what an experience it was. I was the lone Mzungu (or white man) for miles around, but the villagers welcomed me.

Bizarrely this was also where I had my first taste of building, doing some work to a bathroom block and fixing a roof.

Back in the UK I got back together with a girlfriend from university… and then things got serious!

Kay and I bought a house together, got married and had kids (albeit over several years).

I remember one of my criteria in looking for a house was to find somewhere quiet and with a ‘dead end' road. This proved to be a good move as the community thrived around us. We knew all our neighbours.

It was in this very house that I started the House Planning Help podcast.

Owning a house rather than renting definitely makes you aware of all the maintenance that a house needs.

We had a leak in the extension at the back which we tried to fix but it kept coming back, so eventually we had to replace the whole thing.

Renting again (but while we build)

It's always interesting to see what criteria are important when you decide where to live.

This time it was completely different. We were building our dream home but needed a temporary base in the interim. A big part of this was getting the location right: we wanted to be close to site and our son's nursery.

We didn't have many choices because we needed to make a quick decision but this 1980s semi-detached house ticked the most boxes.

One big plus of this house was the garden. It was small and secure, and we could see the kids playing outside from the kitchen and living room.

On the downside, after a few months of living in the house we discovered mould was developing around window frames and at the back of one cupboard! It would certainly have made an interesting investigation.

It is fascinating to see that where you live doesn't really impact on your happiness. I'd lived in numerous houses up to this point and enjoyed them all.

Building a home to order

Life is full of adventures… and building own own house was certainly a privilege.

It means a lot to me that the land where we ended up buying had a family connection. My ancestors used to farm this area and one of them even built his own house (which can be seen at the top of the hill).

As I've said before it surprised how much this felt like home as soon as we moved in. I think some of that might be to do with poring over the plans for months and months, and being so involved in its development.

I also hope that it's giving my kids a solid foundation for their own lives, much like my childhood home did for me. And of course, we're all set to welcome the grandparents can come and stay whenever they want to.

I still feel grateful every day.