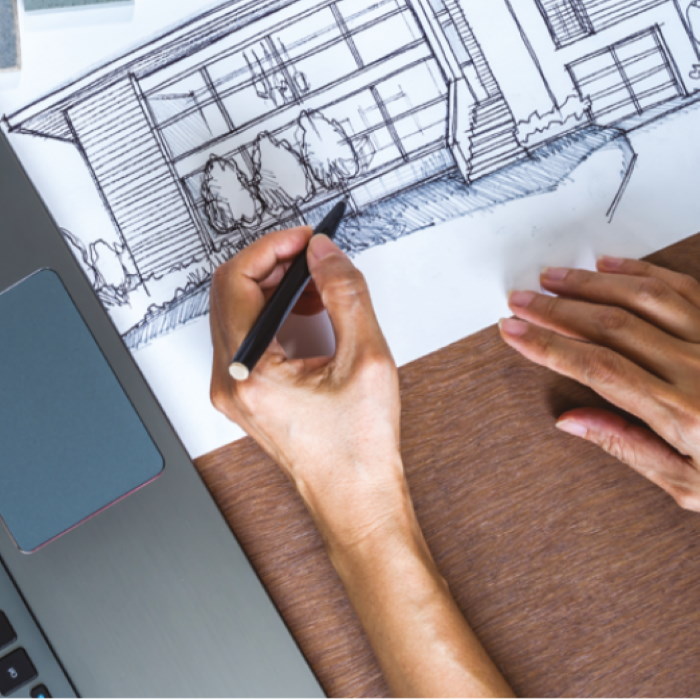 HPH298 : Do I need self build insurance? – with Andrew Reardon

Andrew Reardon from ProAktive explains the insurance options that are available to anyone carrying out a self build or renovation.

Andrew Reardon is a Senior Account Handler at ProAktive, a company that specialises in insurance and risk management. He works in the self build department, providing insurance for new builds, renovations and extensions.

Self build insurance has similarities with standard house insurance

It covers many of the same things as traditional house insurance would, such as cover for theft, accidental damage and fire, but also covers you through the construction phase. The biggest difference between the two comes from the types of claims involved. Many of the claims they receive are related to thefts from the construction site, because they don't have the same level of security that a larger developer would have and therefore tend to be targeted. They also receive many public and employer's liability claims, where injuries occur to workers on site, or to members of the public who may have wandered onto it.

The employer's liability provides cover for if you are held negligent for an accident that occurs on site. If you have hired a main contractor or have sub-contractors on site, then they should all have their own public liability insurance, but your self build insurance will be a fallback in case that fails or there are any grey areas. It also covers for claims related to casual labourers, or friends and family that might be helping out on the site who wouldn't carry their own public liability insurance.

Rather than waiting until there's been an incident on site and asking your contractor for their insurance details, it's far better to get that information in advance of starting and steer clear if they can't provide it. Even if you've employed a main contractor to run the job, you're relying on them to make sure they have contract works cover, are keeping up with their payments, and have the right limits to cover the value of your project. If they don't have the correct levels in place then their insurance won't be sufficient, which is when your own cover can provide the fallback.

Theft is by far the most common cause for a claim

Andrew says that they don't have too many claims for accidental or malicious damage, but the most common ones after theft tend to be for damage caused by storms, leaks and frozen pipes.

Theft tends to be of machinery and tools, rather than materials, so quite often a self builder will build the garage or other outbuilding first in order to keep these things more secure.

Other things that can help to reduce the incidence of theft, is to use fencing to keep people off the site, which also helps in terms of public liability, and CCTV if possible. Having a sealed container on site will also help with security, as will keeping deliveries of boilers and kitchen items out of view or away from the site as much as possible until they're installed.

Keep your invoices and receipts safely together

This will help in the event of needing to make a claim, as you will need to provide evidence of your purchase. Having quick access to these will help speed up any claim too. If you don't have a traditional receipt for things like eBay or other second-hand purchases, then make sure you keep copies of emails or take photos of things to prove what you have bought and that they have arrived on the site.

Andrew gives the example of one claim which was for the theft of a £20,000 roof which had only been delivered the previous day. In that case, the delivery driver had tipped someone off that it would be there and unsecured. His advice is to be fully aware of everyone who is on site, and even take note of IDs. Most importantly, secure the items whenever possible, ideally by installing them straight away.

One point to note is that you can only insure things like machinery and tools that belong to you or that you hire in your own name. A contractor or other tradesperson on site will be responsible for insuring their own tools and equipment.

People often assume that their standard house insurance will cover them throughout a renovation project, but often that's not the case. It may depend on the level of work that is being undertaken at the property, and particularly if the work involved is structural.

Your first step in this situation should be to contact your household insurance provider and advise them of the works to be carried out, to determine what cover they can provide. Your existing standard policy wouldn't cover for the new elements of the work, such as the fixtures, fittings, and materials once they arrive on site, so a policy should be taken out for this. Your existing insurer also would reject a claim for something like a fire caused by a tradesperson on the property, if they haven't been notified in advance of the works.

Carefully consider what your renovation policy needs to cover

The main thing to consider when selecting a policy for a renovation project is that it will cover your existing structure, as it will often be unoccupied during the build. Also notify the insurers of any intrusive work that will be carried out, such as deep excavation or piling which have the potential to cause damage to neighbouring structures. Depending on the nature of this work it can also be worth considering an additional non-negligence cover, which is designed to cover you in circumstances where there is damage to neighbouring structures through no fault of you, your contractor, or architect. It can be quite an expensive policy, depending on the proximity and value of those neighbouring buildings, but definitely worth considering if you're doing intrusive work like retrofitting basements.

The next thing to ensure is that it will cover your fixtures, fittings and materials when they arrive on site.

The employer and public liability elements should have adequate limits, so £10 million is standard for employer's liability, and £5 million is the minimum for public liability. Councils and utility companies generally won't attend unless you have at least that minimum, so it would be pointless to have less than that.

It's worthwhile doing a Schedule of Dilapidation

This is a survey of neighbouring structures which is worth doing if you're going to be carrying out intrusive works that have the potential to cause them damage. Take photos and keep this schedule to show any existing damage to them before you start, to ensure you have proof if these are claimed for later on down the line.

Even keeping photo and video documents of your own progress can be a good idea for if you need to make a claim at any point, such as for total loss due to fire. The more you are able to evidence the better.

The cost of a policy will depend on 3 key criteria

Primarily this will depend on how long you require the policy for, whether it be 9, 12, 18 months or more.

The second factor is the sum that it is being insured for.

And thirdly, the construction type might influence the premiums. A typical brick and block construction would be fine, but something like ICF or SIPs, which insurers might not deem to be a standard construction type, may incur a higher cost.

There may be some projects which insurers will refuse to cover

These would typically be projects of a non-standard construction, which perhaps have combustible elements to them. Particularly since the Grenfell tragedy they have been nervous around projects with polystyrene and wood cladding, forcing self-builders to change their plans or pull out of projects altogether.

Although it's not a legal requirement it is something which Andrew wishes people would think about before they even start building. There might be reluctance to take a policy out right at the beginning as people think there won't be many materials and tools around, so it's not necessary. But actually, even at that early stage it's important to have the cover in place for the employer and public liability elements. If left too late into the project, a self builder may find they can't get cover until it's been signed off by building regs, because until that point it won't be considered by a normal household insurer.

Download a transcript of the interview with Andrew Reardon

Ben Adam-Smith recently featured on the Passive House Accelerator podcast, hosted by Zack Semke and Matthew Cutler-Walsh. You can listen to the episode here.