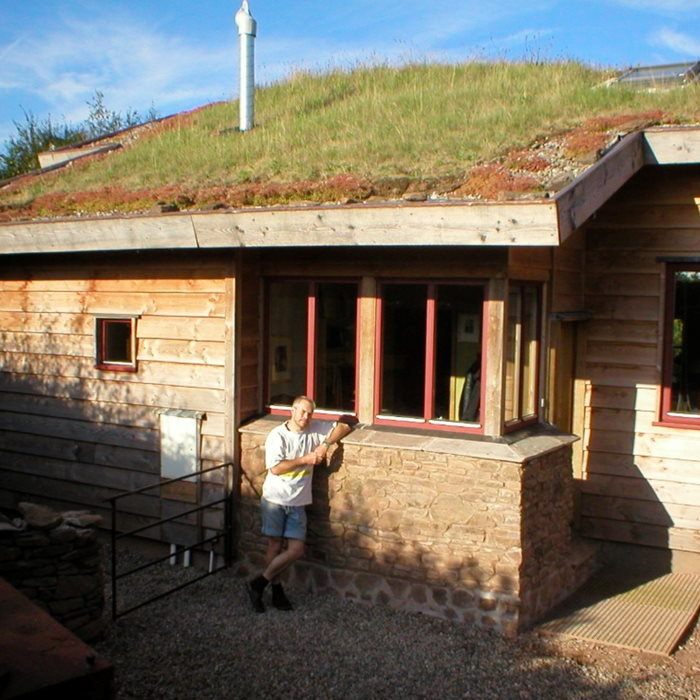 HPH282 : How to share knowledge, test and debunk! – with Nick Grant

Nick Grant shares his thoughts on the lessons learned from 30 years of the AECB (Association of Environment Conscious Building).

Nick Grant from Elemental Solutions is a Passivhaus consultant and also Technical Director of the Passivhaus Trust. He's been on the podcast a couple of times before talking about value engineering and integrated design.

Nick has had a long involvement with the AECB (Association of Environment Conscious Building) and at the conference last year, celebrating 30 years of the AECB, Nick and Alan Clarke gave a presentation about lessons that have been learned during that time, and Ben was keen to explore this further.

The AECB has an openness of critical thought

Nick highlights that the AECB has a strong ethos of accepting when you're wrong, realising mistakes that are made and learning from each other's mistakes. That's not to say it's an easy thing to do, particularly when you've spent years becoming an expert in something and then admitting that's perhaps not the best way of doing it.

“So, some of these things, it’s better to know than not know because you could carry on for the rest of your life to your grave doing things that turn out to not be worthwhile.”

Becoming aware of all the negatives and then getting rid of them, leaves you with the bits you want, which turns it into a positive.

Nick explains that when he built his own house, he'd heard of Passivhaus bu there wasn't enough information in English to know much more, other than it was about thermal bridges and airtightness. His own house was designed intuitively without any energy modelling, because with the walls over a foot thick and a foot thickness of loft insulation, there didn't seem much point. It was only later when they modelled it that they realised it wasn't great, primarily because of the form factor.

The term ‘thermal bridges' wasn't in the Building Regs, and while they knew what it meant, they didn't realise that around a third of the heat could be escaping through them if they weren't dealt with. It's only now, having done the analysis on hundreds of buildings, that they have a learnt intuition.

Nick attended the first Passivhaus conference, back in 2007, partly to debunk it, and partly out of curiosity. But having been to the talks and seeing some of the buildings, he realised that it actually worked and was very impressed with what he saw.

Whereas before there would be arguments about thermal mass and all sorts of discussions that were points of opinion, now Passivhaus is a simple model that can be used to give the answers.

It's important to use critical thinking and questioning

This is something that Nick says the AECB has been particularly good at, and should be a fundamental part of learning.

Not everyone does this however. Particularly among some designers there can be a resistance to it, because of not wanting to have constraints that will mean their visual design won't work.

In the early days of the AECB, Nick says where there tended to be more emphasis on using natural materials, then the performance aspect had to be abandoned and the building justified in other ways, such as lower embodied energy.

Nick says this doesn't have to be the case and just because you might be talking about one aspect, it doesn't mean the others have to be ignored.

“I think the problem is when you pursue one and it causes a problem for the others or it excludes the others. So, if the energy performance requires things that are ugly or polluting or something like that, then that’s a problem. But that’s not what I’d want to do. So, it’s a compromise.”

In terms of whether Passivhaus should go down the route of incorporating more about embodied carbon, Nick doesn't believe that it necessarily should. He would rather it be kept separate from the standard, otherwise there can potentially end up being trade-offs that happen in other green building standards, like where there's lower embodied energy there can sometimes be higher operational use.

The problem with embodied energy is complex

There are conflicting views, with a good example being timber.

“Depending on how you do the accounting, some people see timber as a negative thing and that leads to the idea that the more you put in the building, because you’re locking up carbon, even to the point where the building is not emitting carbon until ten years into the future when the operational has overtaken the embodied.

We think that’s nonsense. Most of our buildings do use timber but we don’t see that as negative. It’s still every time you cut down a tree and turn it into a building, carbon is emitted. I’m not an expert but I’m assuming there’s less emitted than if we use steel or masonry and so on. That’s why we like to use timber. But we don’t see it as negative.”

When it comes to off-setting, Nick says there aren't enough trees that can be planted to do all the things that we need for building, flying, running vehicles, heating homes, making electricity etc.

Existing building stock is a problem

Nick says that most of his work is new buildings, partly because it frustrates him that the new buildings of today are being done so badly and are the retrofits of the future. But a bigger challenge is what should be done with all the existing building stock, and this is something that he doesn't have the answer to.

One thought is to retrofit them all to Passivhaus standard, but that seems incredibly difficult, particularly with listed buildings. In some cases where they're in a state of disrepair, adding in extra insulation or triple glazed windows is a no-brainer, but a lot of retrofit isn't like that. Many are perfectly good buildings that are going to cost nearly as much to retrofit as a new building would cost.

Designing buildings for the future gives a false sense of security

Nick says that designing buildings that can adapt to higher temperatures or flooding in the future can be a dangerous thing as it gives a false sense of security that we can survive this. We need to be designing for the hot summers and extreme weather that we get now.

With so much change happening so quickly, such as a rise in fascism and better awareness of climate issues, Nick says it's hard to predict even one year ahead.

“But that’s what keeps us going I suppose, thinking that at least we’re doing the right thing. On one level, incredibly pessimistic; absolutely can’t see any way this is going to end well. But at the same time, what else do you do?”

The AECB has had a big impact

Nick explains that although the AECB is a small organisation, it has had a big impact, with most of the best performing buildings having had AECB members involved.

In contrast, he says things like the World Green Building Council seemed to be made up just of people who had paid to have membership, with no Passivhaus buildings, and none that the AECB would consider to be exemplary.

“Within our little group, it feels like things are moving forward. But if you step out of the bubble then it feels like it’s unknown what we’re doing.”

Learn more about the AECB