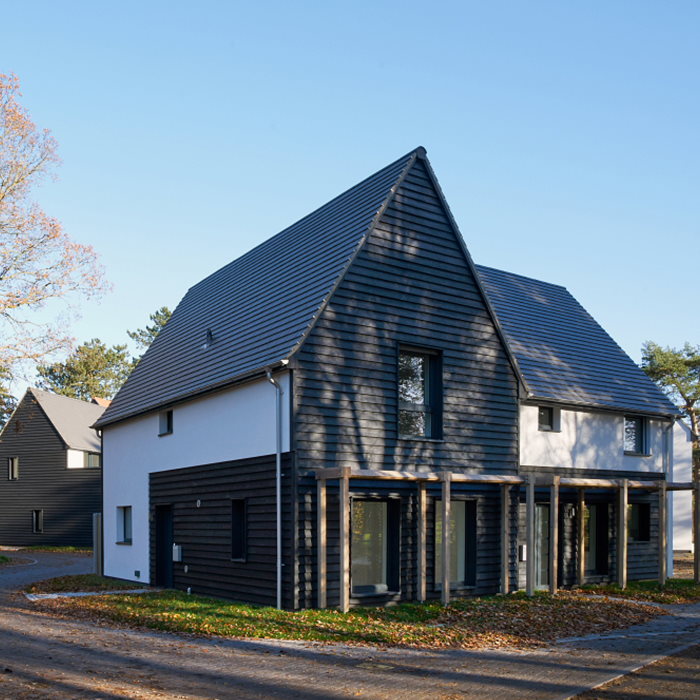 HPH280 : A beginner's guide to the Passivhaus Standard – with Jon Bootland

When Jon Bootland finished his university degree he began his employment first as a building services designer, and later working on good practice for sustainable low energy buildings, now with nearly 30 years experience. He has also been involved with the Passivhaus Trust since it was formed back in 2010. With initially very slow progress since the first Passivhaus was completed in the UK in 2010, numbers are now increasing rapidly at around 1,200 completed buildings (of which around 200 are individual owner-occupied homes), with another thousand already in the pipeline.

There's nothing hugely complicated about Passivhaus

The origins of Passivhaus come from Germany, where the physicist Wolfgang Feist wanted to find a way of making sure that high performance buildings actually delivered on their claims, and performed the way that they were designed to do.

“It’s all about building physics. There’s nothing hugely complicated about it. It’s just what do we need to do to actually make it work and do what we said it was going to do.”

High in comfort levels, low in energy use

The fundamentals of a Passivhaus are:

Insulation – This is an important part of reducing the energy required to heat the building. A typical Passivhaus might have up to 30cm of insulation, meaning that the walls will be very thick.

The building fabric and airtightness – The other parts of the building will also need to have a very high performance. Windows for example will need to be triple glazed with good quality frames and careful detailing about how they fix together. The airtightness of the building is important with the aim being to stop draughts coming in and heat leaking out.

Ventilation – Because the building is now free of draughts, attention then needs to be paid to how to ventilate it. A mechanical ventilation system is used (MVHR) to bring fresh air into the building, while recovering the heat from the outgoing air.

As well as dealing with keeping the house warm in winter, Passivhaus formulae also look at the sun and other heat sources coming into the building and how the ventilation and insulation can work to keep it cool in the summer.

Have a Passivhaus expert in your team

Jon says that building a Passivhaus is harder to do than a normal house, but that doesn't necessarily mean you have to employ a team of specialists. He would however recommend having someone in your team that does have Passivhaus training, and preferably experience. It doesn't have to be the builder, but could be the architect or a consultant.

The Passivhaus Planning Package does the calculations

You will need someone who knows what they're doing to fill in the Passivhaus Planning Package (PHPP) and work out the answers to the calculations with you. It is a tool that takes a holistic approach to making all the elements work together, to make sure you end up with a building that has the performance and comfort that you are looking for.

There are benefits to having certification

PHPP should be used right from the beginning to look at the size and shape of the building, the window locations, balconies or anything else that might penetrate into the building etc. A certifier is able to check what is being put forward and advise on whether what you're suggesting is actually going to work in the way it is intended.

Without having a certifier on board you will not be able to call it a certified Passivhaus, which does have some value in being able to sell the project. Certification is the best way of ensuring that your building will meet the required standards and provide the comfort and energy performance that you are looking for. If you're not planning to use a certifier, then Jon recommends ensuring your team of architect, builder and consultants have plenty of Passivhaus experience between them to give you confidence it will perform as intended.

There are health and cost benefits

Jon outlines some of the key benefits of a Passivhaus:

Lower energy bills – The extra insulation and airtightness means less heat is escaping from the house, and therefore less energy is needed to heat it. Typical heating bills for a standard sized Passivhaus might be around £100, compared to several hundred for a non-Passivhaus equivalent.

Health benefits – Jon says there are research projects planned in the next few years looking into this, but there is still plenty of anecdotal evidence from occupants talking about the health benefits of living in a Passivhaus. As well as thermal comfort, the air that comes in can filter out air pollution and pollen, and people have reported improvements in asthma conditions. The mechanical ventilation also reduces moisture levels in the building which prevents condensation and mould.

Some construction methods will be harder than others

Jon says that although you could achieve Passivhaus with any construction type, it will be harder to achieve with brick and block for example than with timber panels. Although it's possible to do, it will just need to be approached differently.

Jon uses social housing to get comparable benchmarks for how much more a Passivhaus will cost to build over a standard form of construction. Typically the additional cost of building a Passivhaus will be around 4-8% higher. Jon says that probably half of that is just on better quality building, which actually should be applied to all new buildings anyway, regardless of whether they're Passivhaus.

“So, say you’re going to get a much better quality building that will make you more comfortable, more healthy and will perform better for 50, 100 years or more, it’s a very small amount of money in my book and it’s a much better way to spend your money than on a super flashy designer kitchen.”

There are ways to keep costs down

The shape and form of your building is crucial in keeping the costs down. Adding on multiple wings, outlying parts, differing floor levels, balconies additional roofs, lots of corners and odd shapes, will all make it more difficult to make a Passivhaus work, and will be more costly.

Jon wouldn't recommend everyone try and build a square box as being the answer, but the closer you aim to a square box shape the easier it is to achieve Passivhaus.

Another way to keep costs down is to bring in your Passivhaus expert as early as possible. Don't wait for the design to be finished and then call them in to do the calculations, but involve them at the design stages to help develop the building shape, window sizes and locations etc.

Multiple heating sources are not needed!

Jon explains that it can be challenging mentally to think of a house not needing multiple heat sources in it, but really they're not needed.

Commonly though, people might put a radiator by the front door so that as you walk in there is a perception of extra warmth, while your body adjusts from the cold outside to the comfortable 20-21 degrees inside. A heated towel rail in a bathroom is also quite popular.

The main source of heat coming into the house in the summer will be from the sun, mostly in the late afternoon and evening. To stop the heat coming in without losing the views, Passivhaus buildings will often have some kind of shading or overhang on the west or south facing walls which keeps out the heat until later in the evening when the temperature drops.

There are also other heat sources to take into account such as the occupants and appliances, which heat the house slowly during the day. This data also feeds into PHPP to calculate how much heat will need to be taken out of the building to keep it cool. This can be done using the mechanical ventilation, or by opening the windows, particularly overnight. The temperature fluctuation in a Passivhaus will only be a few degrees, compared to 10-15 degrees in other houses.

“But the extra insulation and the extra performance of the windows, the doors and so on helps in the summer. Just as much as it helps in winter in keeping the heat in, in the summer it keeps the hot air out.”

The Passivhaus Trust oversees the standard in the UK

The standard was invented and developed in Germany, but in the UK it is looked after by the Passivhaus Trust. Their job is to look at how to apply and make the Passivhaus work in the UK, with our differing weather patterns and culture. Jon gives an example of these different considerations being parts of Scotland, where people don't want to open their windows for night-time cooling because of midges coming in, so different approaches have to be developed.

The second aspect to their work is promote the adoption of the standard, by engaging with central government, local authorities and trying to get people on board.

Jon accepts that while it's a great standard it's not perfect, so the third part of their work is carrying out research on specific aspects that can be changed and improved over time.

There are different levels of Passivhaus standard

There are two main standards: Passivhaus Classic for new build and EnerPHit for refurbishment. The criteria for achieving EnerPHit are slightly less stringent because it is that much trickier to do a retrofit. Certain aspects of the building are fixed and can't be changed, so an allowance is made that if you can't change those things you can still get Passivhaus.

Passivhaus Premium takes that a step further with enough renewables to create an energy positive house, so you're generating more than you need and reclaiming money back from the grid.

PHPP can be used to calculate embodied energy

Within the planning tool they are now looking at add-ons which consider the embodied energy of the materials that you use and form part of the Passivhaus calculations. This will benefit people who are keen to use natural materials or who are just interested in understanding how much embodied energy there is. Jon stresses it is not a requirement for achieving the standard, it's just developing the capacity to do it for those that would like it.

Download a transcript of the interview with Jon Bootland.