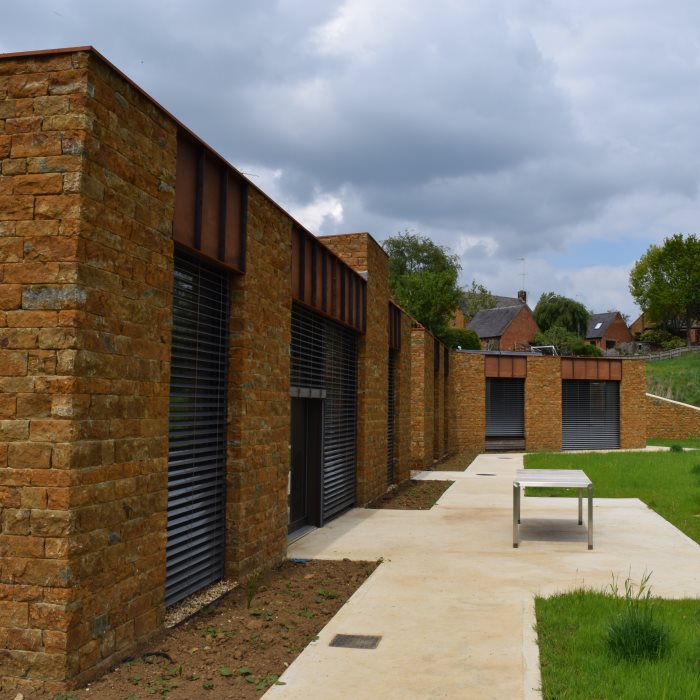 HPH251 : Adopting a 'do less, but better' mentality for your house build – with Charlie Luxton

Charlie Luxton shares lessons he's learnt from visiting projects on Building The Dream, running an architectural practice and completing his own self build.

With a childhood spent building treehouses and dens from straw bales and pallets, it was perhaps no surprise that Charlie Luxton entered into a career in architecture.

Having traveled widely, his eyes were opened to how people lived and how the world was changing, and he found himself questioning the way things were done. Although it wasn't taught at university, by his second year of study he had developed his lasting passion for sustainability in architecture.

Do less, but better

This is the principle that Charlie tries to instill at his practice. With the process of building a house having so much embodied energy, he believes there's a real responsibility to do it well and make sure that it's going to last a long time. It's not about making it as big as you can build, but it might mean making it a bit smaller, but making it better.

“If you build well and you build sustainably, you will enjoy the space so much more. Because well-designed and well-built, a small house can be just as successful and provide as much usable space as a badly designed large house.”

He explains that often people will plan to build extra bedrooms that they don't really need. And statistically with people that self build staying there for around 20 years, effectively they're building in what someone else might want in 20 years time, not what they need for living in it themselves.

Charlie believes that if the architecture and the build quality are right, then a future sale price will reflect that, and there are bound to be purchasers who will want the house that you designed as being right for yourselves at that time.

While people building a house can be very good at researching what things they are going to buy to put in it, they can often fail to research and understand what kind of house they want to live in and how they want it to feel.

Pay for quality of design

Charlie regularly meets people who haven't been prepared to spend enough money on good design, but by visiting a well designed, sustainable home it can help them bring value to their project.

“If people did more research about the varied outcomes of people working with really good design specialists or without them, they would find it much easier to justify the expenditure of a design professional. And I think they would see that the outcomes are noticeably better.”

He elaborates on the importance of finding the right designer, not necessarily a local one. He says many can just be going through the motions of designing the same old thing, without looking at context, the specifics of the brief, the specifics of the site or even orientation to the sun.

By visiting a couple of homes they have designed, and that are similar, you can get a good indication of how your own house might feel.

Although getting a good designer on board may come at a premium, it can be as a result of the hours spent detailing to get it right.

“But if the person you’re paying is designing your building and dictating every single element that goes into that building and how they come together, surely it’s some of the most important money you’re going to spend.”

He was a terrible client on his own self build!

Charlie moved to his current location 12 years ago, buying a thatched cottage with an outbuilding that had conversion potential and just under an acre of land. Wanting more accommodation and office space, but knowing they wouldn't get permission to extend the cottage, they decided to knock down the outbuilding and build a new home.

It took three iterations to get to planning, and then a further two redesigns to come up with the final approved designs. Original approval was for a two storey building, but Charlie changed this to a single storey dwelling with a vegetable garden on the roof, where he would still be able to chat to the neighbours!

Because of the nature of his work, Charlie admits he put a lot of pressure on himself to come up with something “better than good”.

Overheating was his main concern

The brief was for a low-energy, sustainable family home, with the elements of Passivhaus but without getting it certified.

“I don’t think you can ignore architecture and just focus solely on the environment. Because if a building is really good architecturally and ninety-five percent as good as a full passive building, to me that’s got real validity. And I think there are always choices to be made about why you’re putting in a window for a view or for overheating or for heat loss.

So, it’s a hugely complicated thing. And I’m not saying we’ve got it right and we always have to be refocusing our efforts. That’s what is brilliant about Passivhaus. It gives you that standard, that gate, yes or no. Are you in or out? As soon as you’re not doing it, it’s a bit more vague and you can start to abuse that or drift away from the purity.”

In hindsight, Charlie says he should have modeled it in PHPP, as his greatest concern at the time was overheating.

With one side being dug into a hillside, they wanted a lot of glazing on the other to make the connection with the landscape, and have also used rooflights. They have used an active control system with external louvering to counter any overheating issues.

The bungalow is connected to the cottage via a highly insulated district heating main, with rainwater harvesting coming down, and heating able to go back and forth.

It was around ten years ago that they refurbished the main cottage and they were determined to do it as sustainably as possible.

They added wood fibre and lime internal insulation, dug out the floors and put in 200mm of insulation underneath, insulated under the thatch, and installed a rainwater harvesting system. They used only European hardwoods which mostly came from trees in Scotland that were old or diseased and would be felled anyway. The cottage is now used as their office.

Build your own and learn from your mistakes

Charlie would encourage anyone who is an architectural professional to try building their own house, for their own learning progression, or at least do proper post-occupancy analysis, which he sees there being a real lack of in the industry.

Planning constraints meant the bungalow needed to be be built into the hillside, which inevitably meant a reinforced concrete build system.

The structural engineer calculations worked out that the force onto the back of the entire wall was equivalent to three tonnes per square metre. That also meant a thick floor slab and concrete again to hold the 200mm wildflower roof.

The external walls are 140mm concrete block on the inside with a timber I-beam, and blown with a high-performing polystyrene bead.

“We’re using the concrete block a) to give a rigidity, a sturdiness to the walls; b) to give that thermal mass so we can iron out any temperature fluctuations with a thermally massive building. So, that’s how you try to make what is on one level a problem, using so much concrete, into something of a strength.”

Inspiration for the building came from the railway viaduct piers that they look out towards. They were able to use local stone from a quarry just three and a half miles away, and Corten as a reference to the local steel industry. Charlie admits that his other inspiration for the outside of the building was less conventional, being from the railway bridges around the M25!

Management of the job was the biggest challenge

He explains that he does architecture and TV and is no builder, but he took on the role of principal contractor. Apart from a few bags of sand and cement he actually did all the purchasing himself, which took a huge amount of time.

He also cites a particularly trying time as being when there was a mistake with the plastering. Until that point everything had being going well, but it came at the time they were exhausted, and running out of money and emotional strength.

Charlie believes if possible it's best not to take a short-term view of what you should invest. With build costs outstripping inflation significantly, if you end up going further and spending more than you intended, then it will still be cheaper than if you did it in ten or fifteen years' time.

“So, actually if you do it right now, you won’t go back and redo it. So, a) you save wasted materials of going back and redoing something; and b) you save the cost uplift that’s likely to happen.”

The other thing he learnt was, in the search for perfection the one thing you're bound to find is insanity.

“I think trying to finish this house, you’ve got to let things go. You’ve got to be proportionate. And I think a lot of people really struggle with that. I think if you accept early on that it’s never going to be perfect, as much as I’m not perfect, no-one I know is perfect, then I think you’ll find it a much easier ride.”

Don't be afraid to use specialists

Charlie's advice would be to spend time really working out your cost plan early on. He used his quantity surveyor's spreadsheet of costs to then populate and amend figures himself, and found this to be a useful guide to understand where he was going. He believes people often kid themselves about the real cost of things, and if they knew the real cost they would never do it.

He suggests tendering for items early on and also going to specialist suppliers. They might appear to be more expensive but they'll also be a lot less hassle. With the expertise of doing their one thing day in and day out they can often be very quick and good value in hindsight.