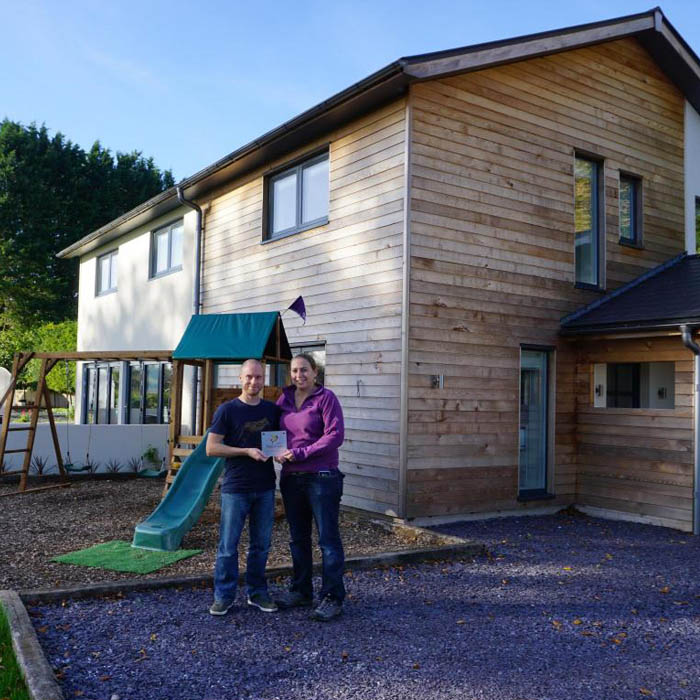 HPH232 : Which parts of a house build can you do yourself? – with Ben Ribbans

Ben Ribbans is a self-builder who decided to take on more and more responsibility during his project. He explains how he gained the confidence to do this, and why research and planning are vital to success. 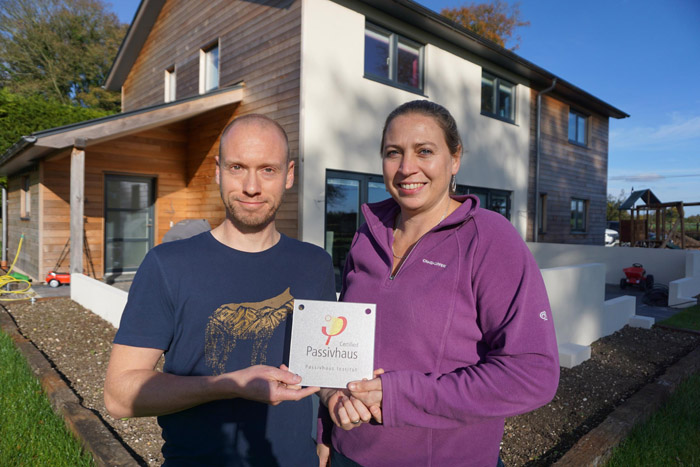 Ben Ribbans (and his wife Elle) never planned to build their own home but one of their relatives had secured planning permission on a piece of land in the early 1990s and kept renewing the application. After a couple of decades the opportunity fell to them to take on the build.

Originally Ben had thought about building a standard house and adding lots of renewables.

However, with his engineering background, the more he researched the more he saw the sense of building an efficient house that would then need little energy to run it.

Ben says: “If you address the fabric of the building first, get that right, then actually your energy requirements change quite dramatically.”

They created their own floor plan

As there had been planning permission for a house for over two decades, the designs had changed a couple of times.

On one of these occasions Ben had used an architect but not been pleased with the outcome. Ben felt that he was doing a lot of the work himself.

Therefore, for the final designs, he chose to create his own floor plan.

Ben explains: “We just thought about all the things that we wanted in the house and how we wanted the layout to be, what would work for us as a family and the way we like to live.”

The core team had all worked together before

Ben liked the idea that they knew how each other worked and thought that this should make the process easier.

Ben says: “We’re in a very fortunate position that the company we run had a core team already in place that could run that company without us being there. That allowed me and my wife to be fairly hands-on and free every day as much as we needed to, which was perfect.”

Without this time there is no way Ben could do as much as he ended up doing. He started as the project manager but gradually took on more responsibility. 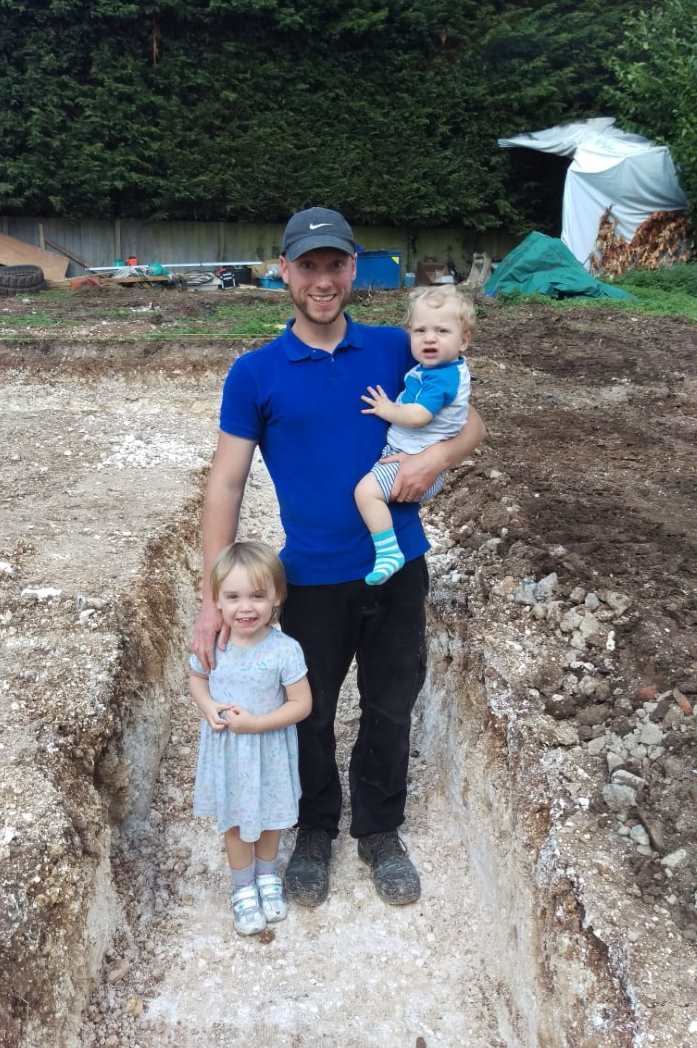 Ben explains that throughout the process he would research an aspect of the project, give it a go, realise that he could do it and therefore feel more confident to tackle something else.

He gives an example of clearing the site at the beginning of the project. A friend who is a ground-worker said that he could do the job for £15,000… but suggested that if Ben bought a digger he would be capable of doing it himself. And it would also mean that the digger could be used throughout the project. Ben couldn't see a downside. 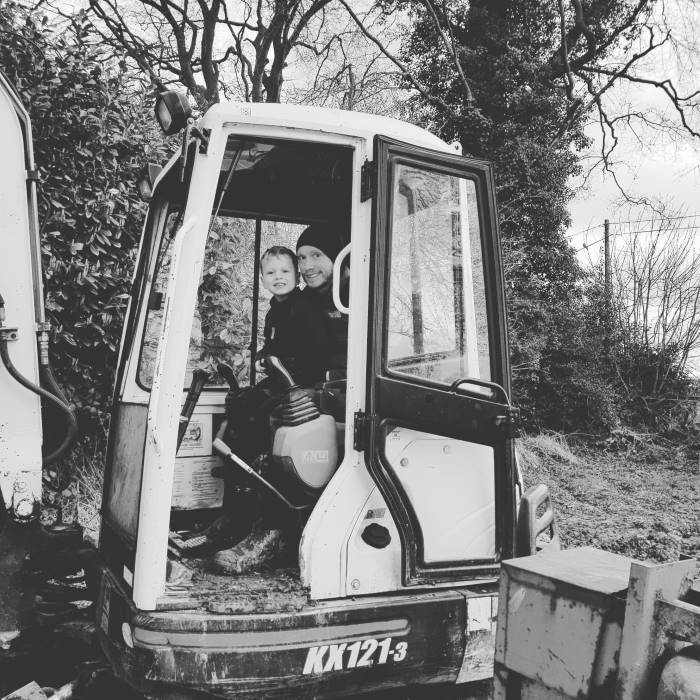 Whenever Ben got stuck he found help online.

He also did the work upfront so that once on site there was a plan to follow.

Ben comments: “I tried to look at each part of the house as a design engineer, rather than as a DIYer. I tried to design the systems that were going to run the house. So, for the plumbing, I had a full plumbing schematic that I’d drawn out. So I knew the design before we started to cut any pipes or put any holes in.”

Staying motivated was the biggest challenge

Doing more of your project yourself is a massive commitment so you must expect to have days when you're tired and frustrated and you want to give up.

Ben believes it was a massive help to have done the planning upfront because that meant there were fewer problems and thus he could stay motivated. Also seeing daily progress on site was another key to driving him on.

If a supplier goes quiet, check your order

During the project the supplier of Ben's bifold doors went bust. He only discovered this when he tried to get in touch with them and couldn't get hold of anyone!

Amazingly, the manufacturer Solarlux offered to take the financial hit if Ben paid the rest of the deposit.

Ben comments: “They turned the doors around in, I think, seven weeks, and it was supposed to be a ten-week lead time. So, they did everything they could. They went above and beyond for sure.”

As the bifold doors were delayed Ben had to decide what to do about the preliminary air test.

He could board up the openings and then continue, but the result might not tell him much.

So he elected to press on with the build and wait until the doors were in.

By that stage a lot of the plastering had been done so he was resigned to the fact he would not be able to improve the airtightness.

Fortunately the timber frame system is inherently airtight and they achieved a result of 0.23 air changes per hour at 50 Pascals (well inside the Passivhaus criteria).

Even doing more yourself ‘self build' is a misnomer.

Ben believes you always need someone else with you. Sometimes it might be for something physical but it could also be to talk through a problem and potential solutions. 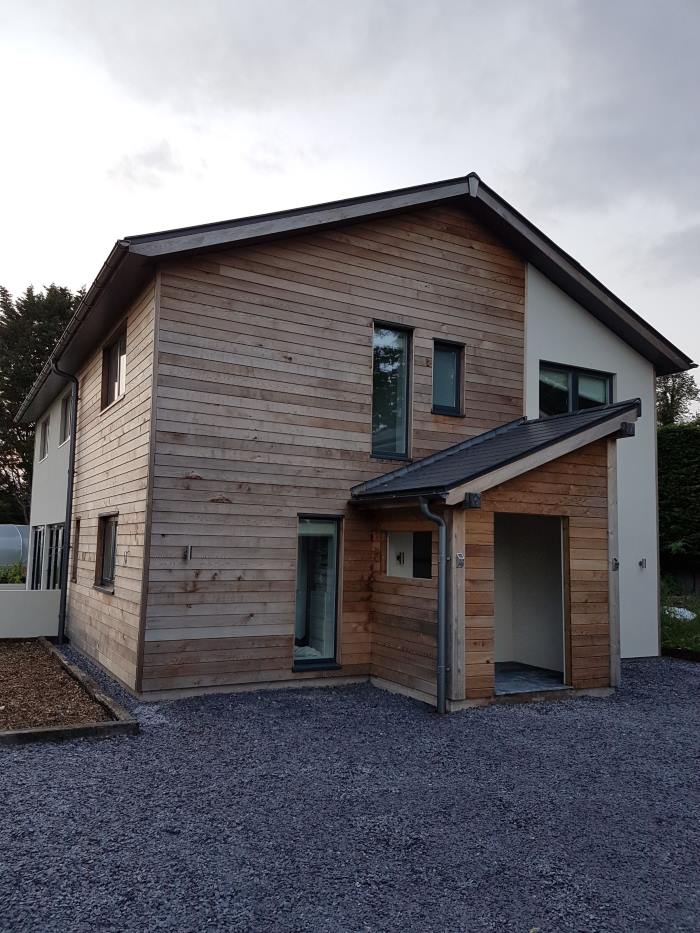 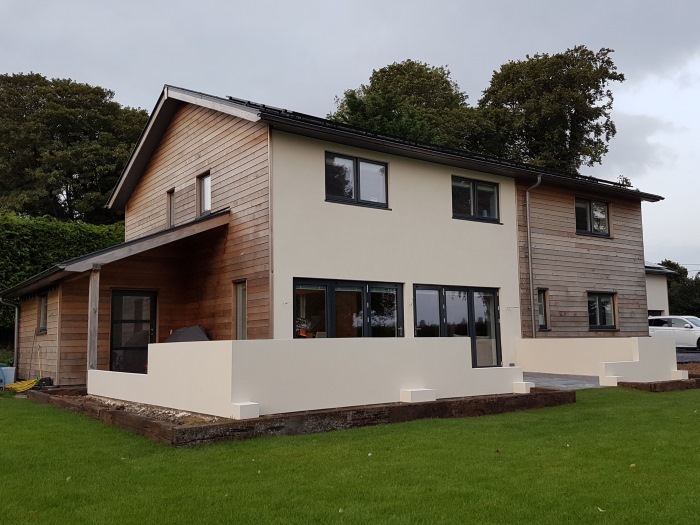 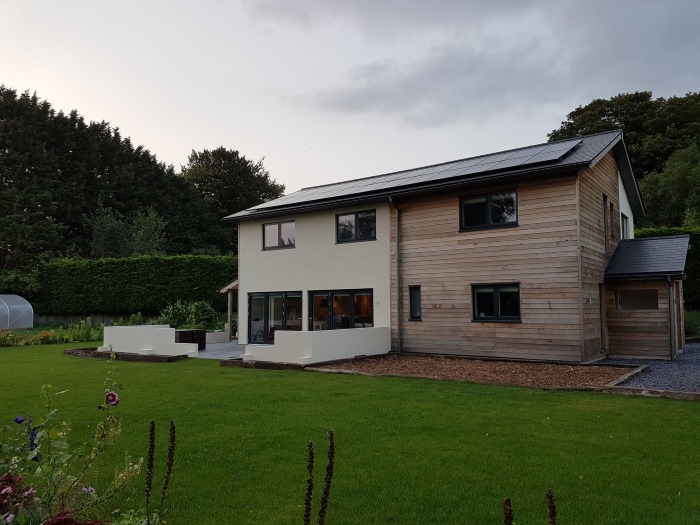 The running costs are minimal

As a certified Passivhaus the energy requirements are extremely low. 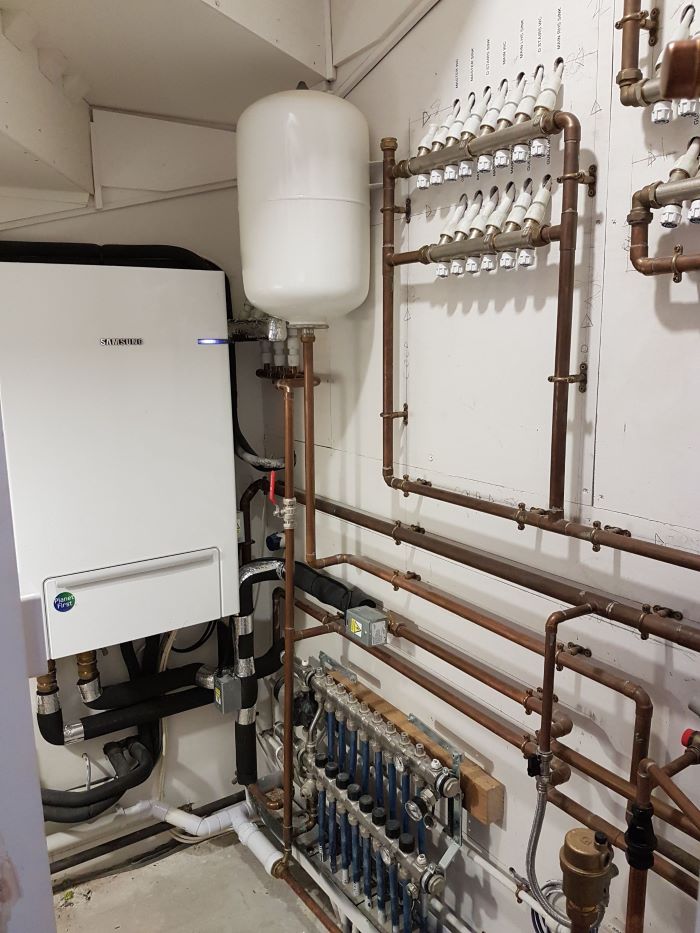 With an air source heat pump for additional and a 10.8 kilowatt PV system on the roof, the house costs about £100 a year to run!

Like the idea of doing more of your project yourself?

Check out our podcast with Jeremy Harris. He took on many of the roles on his own build, including designing the house himself.

Download a transcript of the interview with Ben Ribbans.