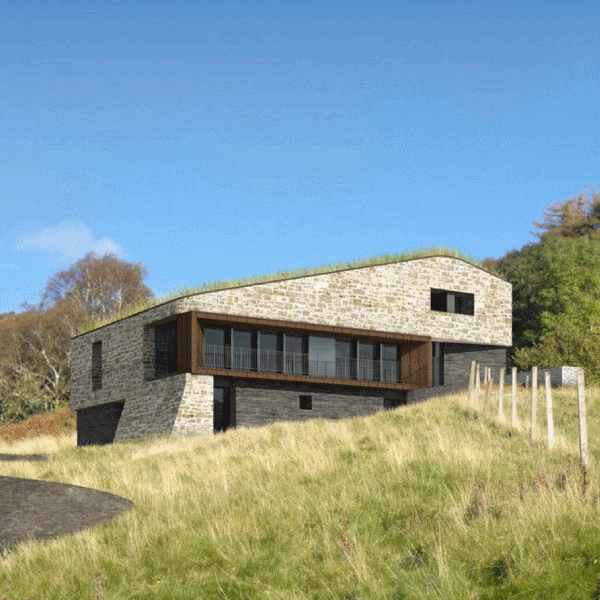 HPH220 : How to finish a self build when money is tight – with Mike Coe

Mike Coe provides a progress update on his second self build project, with finances being stretched as construction is set to begin. 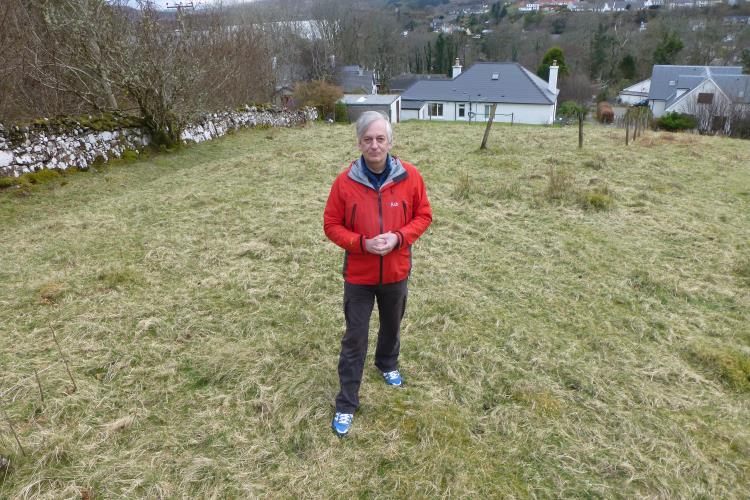 When Mike and Lizzie built The Autonomous House in Cropthorne, they weren't prepared for quite how popular and influential it would become. Although Mike wanted it to be ground-breaking with as few demands on the environment as possible, he was surprised at how it captured so many people's interest then, and does even now. With The Autonomous House now sold, Mike and Lizzie have moved to Scotland and are ready to embark on their next self build project, albeit this time taking a little more of a back seat role. 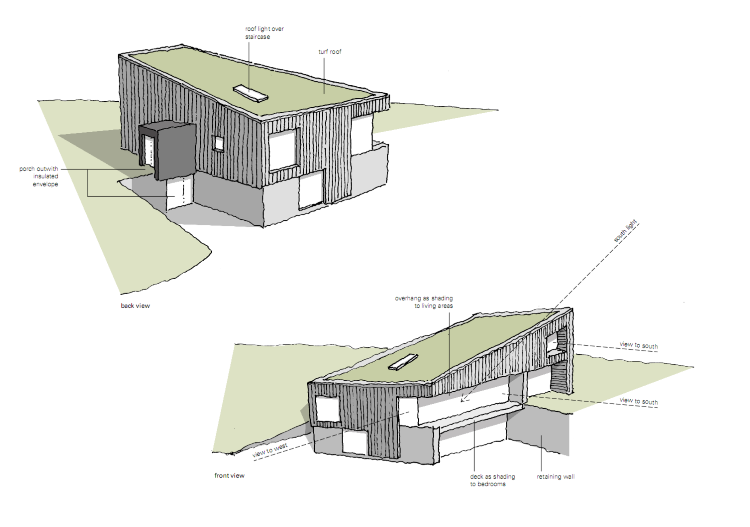 There is less enthusiasm the second time around!

Mike was very hands-on with the construction of The Autonomous House, expecting to be staying there for the long-term, but by the end of the three years it took he suffered from self-builder fatigue and had just about had enough!

So when they moved to Scotland they initially looked for a ready-built house that they could move into. Failing to find anything suitable they have instead purchased a plot of land and are preparing to employ contractors to take on most of the work for their new self build. 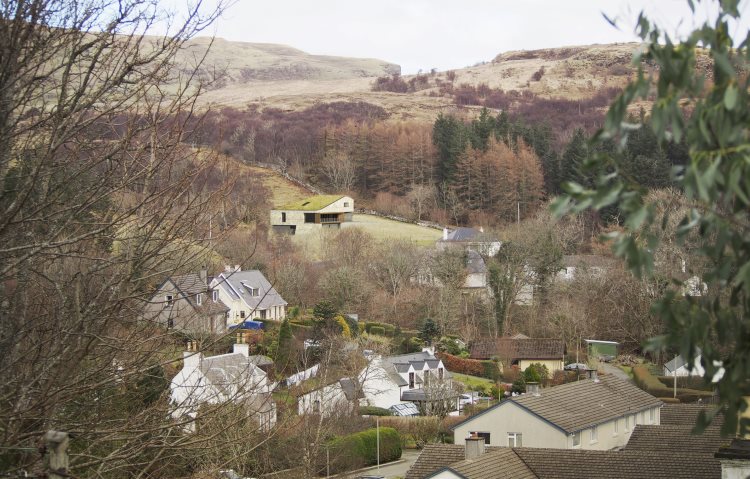 This build is following a more conventional path

Mike doesn't recall signing contracts for the construction of The Autonomous House. Much of the team he used then was based around local networks on ad-hoc and informal bases.

This time he is using a much bigger architectural practice, Rural Design, who have been instrumental in challenging the traditional white-rendered walls and slate roof vernacular of local dwellings in the Isle of Skye area. The processes have been more formal, with tender documents assembled and sent out to local practices. The original contract period of 12 months has been extended to 15, to enable Mike to take on some of the work, though he hopes not as much as on the previous house! 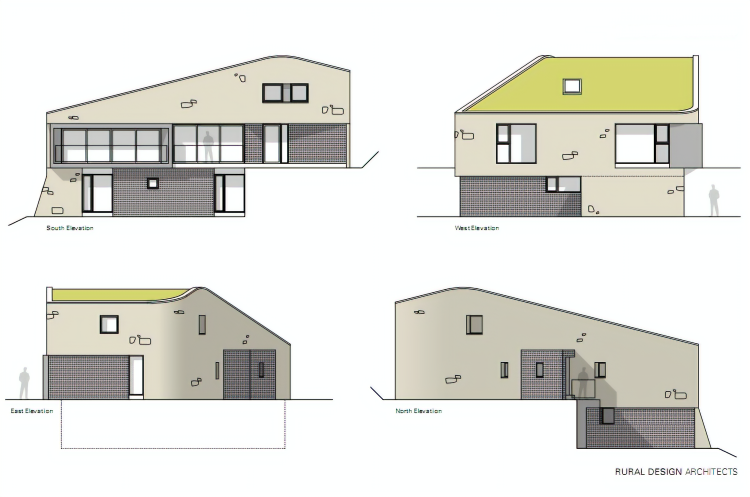 The location has provided unique challenges to this project

Their planning decision was delayed by 4 months because the department had only one officer while another took maternity leave! This had knock-on effects to the programme as building in the Hebrides in the winter can be very difficult and best avoided.

The house is being built to the Passivhaus standard, so there has been additional design work involved which the local architects didn't have any particular experience of.

As well as the absence of a large pool of local tradespeople used to building this way, just the availability and transporting of specialised products is a challenge, with extra expense incurred and some suppliers not even delivering there.

A delay could make the project unaffordable

Mike and Lizzie built The Autonomous House in a way which reflected their desire to live there for many years, so moving on and selling up only 4 years later has meant that they have lost a considerable amount of money from the sale.

They decided to proceed with their new project around a year ago when the pricing came back from the quantity surveyor and appeared to be just about affordable. However, when it went out to tender a year later they were shocked at how expensive the sums were being returned, with only one local contractor being any kind of an option to pursue. Mike concludes this has probably been down to a general increase in the price of materials and labour, heavy demand for contractors on the Isle of Skye, the Pound losing value against the Euro and general uncertainty about what will happen after leaving the EU. And with the interest on his savings not keeping up with inflation, the build is suddenly looking a lot less affordable.

With these factors likely to worsen, and not wanting to be in a position where it becomes too expensive in the future to proceed, Mike and Lizzie have decided to push ahead with the build now.

Without making a conscious choice to value engineer on the project, Mike thinks it has been built into the whole project anyway. It is however still the house they want to build and are still going to try and build. 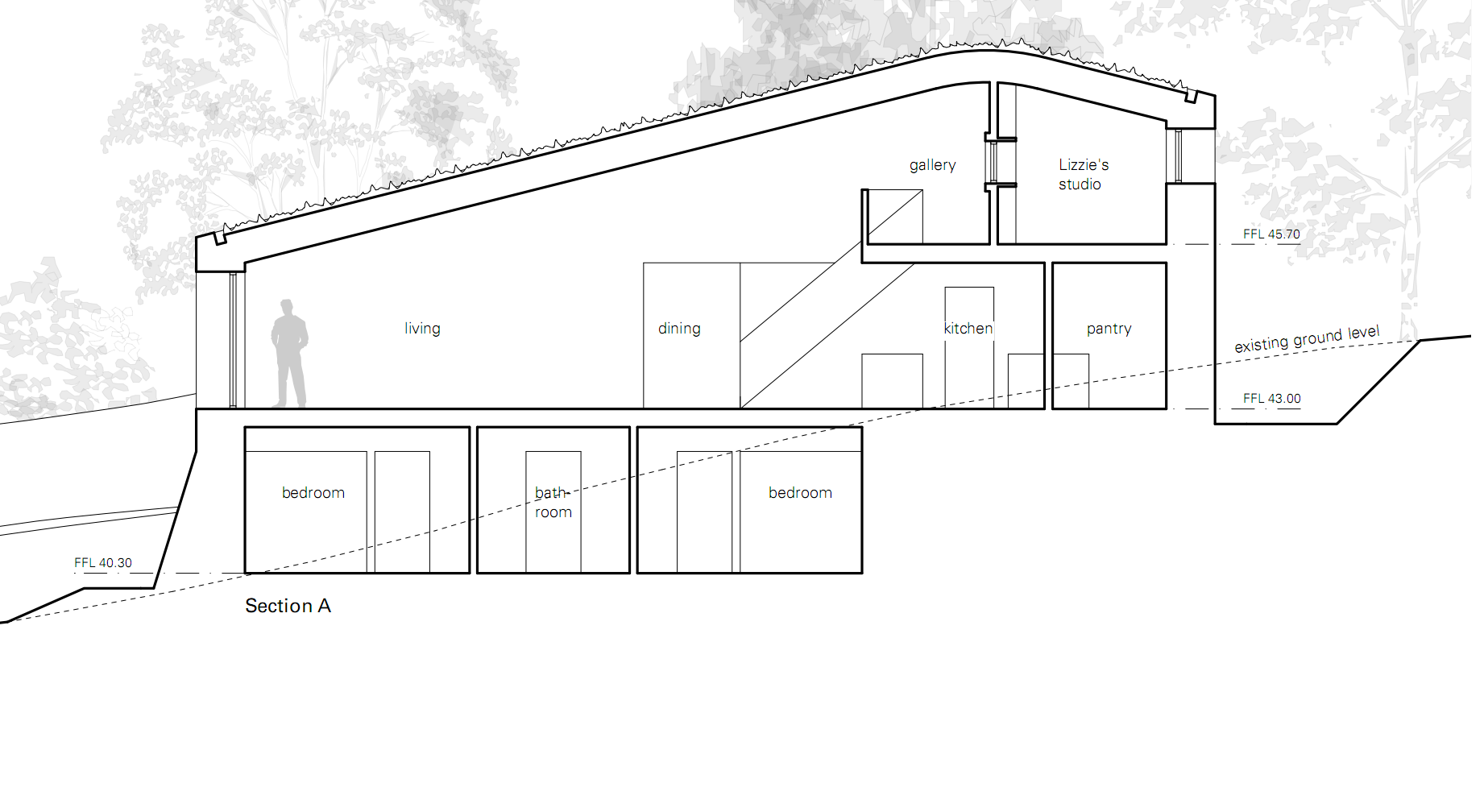 The method of construction is based on The Autonomous House

Despite being a large plot, Mike and Lizzie haven't felt pressured to build a bigger house than they need. In fact they intend all of the spaces in the house to be well utilised, with some areas having dual purpose.

Drawing on their experience of The Autonomous House, this time they have again opted for a high thermal mass house. The structure warms up during the summer and returns that heat to the interior during the winter. It also helps keep temperatures stable in the summer. 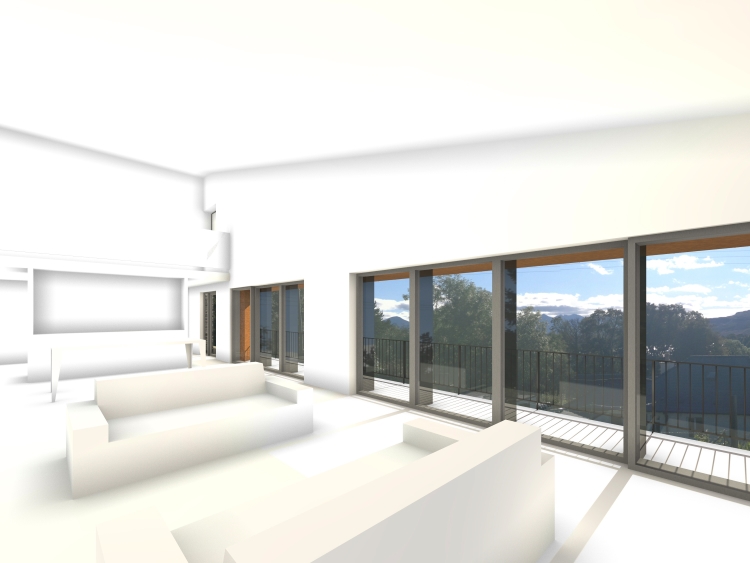 Items have been removed from the contract in order to proceed

After discovering their chosen contractor hadn't included certain items like floor tiles and kitchen units, they decided to proceed on the basis that as a minimum (and he hopes a maximum), Mike would take on the electrical wiring and installation of the MVHR unit.

They have also removed a number of items from the contract, not wishing to commit to an amount they couldn't be sure they could afford. Changes that have been made include the removal of the decorating from the contract, simplifying the plumbing, doing the pipe insulation themselves, and not proceeding with building the garage.

“Removing all these items got us down to a price where I could say I’ve got that much money. Let’s sign it and proceed from there, and then as we get nearer the end, we’ll see how things go.”

With no contingency fund, if they hit groundworks issues when they get started shortly then their project will inevitably be prolonged. If necessary they could move into the new house in a barely habitable condition and convert the 1960s bungalow in which they're currently living on the site into a holiday rental, which could prove lucrative. Taking out a small business loan to do this with reasonable interest rates and flexible repayment terms would mean they wouldn't be taking money from the budget of the new house.

Mike is putting video reports about his project on his website. There is also a webcam providing image updates every 30 seconds so once construction starts it can be followed in almost real time on a daily basis.

Listen to our previous podcasts with Mike, about The Cropthorne Autonomous House and whether you should consider the resale potential of your self build.