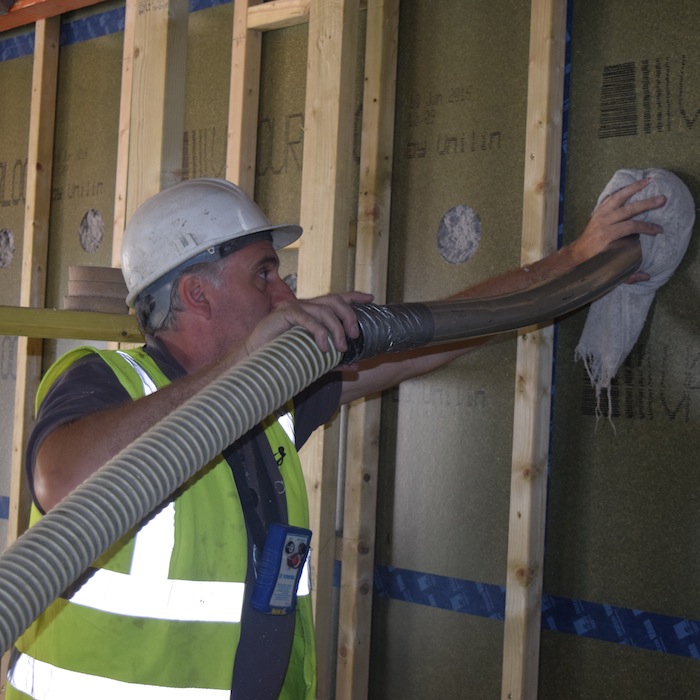 HPH195 : What is cellulose insulation? – with Gordon Lewis

Gordon Lewis explains what cellulose insulation is, how it's applied and why self-builders can benefit from choosing it. 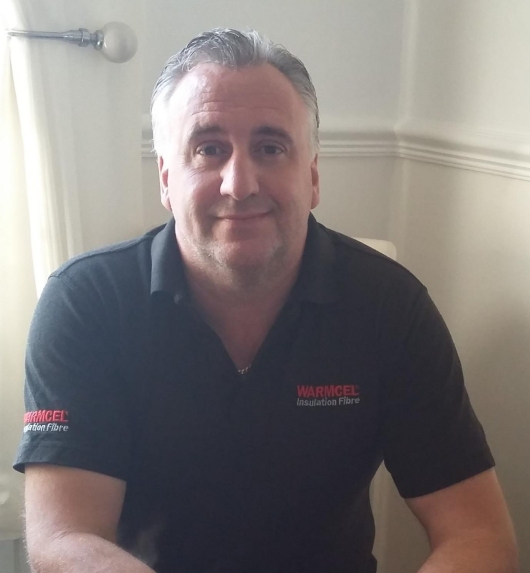 Gordon Lewis has been involved with cellulose insulation for over 26 years. He mainly works installing Warmcel insulation into timber-framed properties.

Cellulose became known as an insulation product in the early 1980s. Made from recycled newspaper, it is a highly sustainable product. The newspaper is milled down to make the fibres much smaller, then fire-retardants are added.

Gordon admits that man-made insulation materials are likely to continue in the market but he is optimistic about the alternatives, saying, “Cellulose is slowly creeping back into the marketplace and doing a great job.” 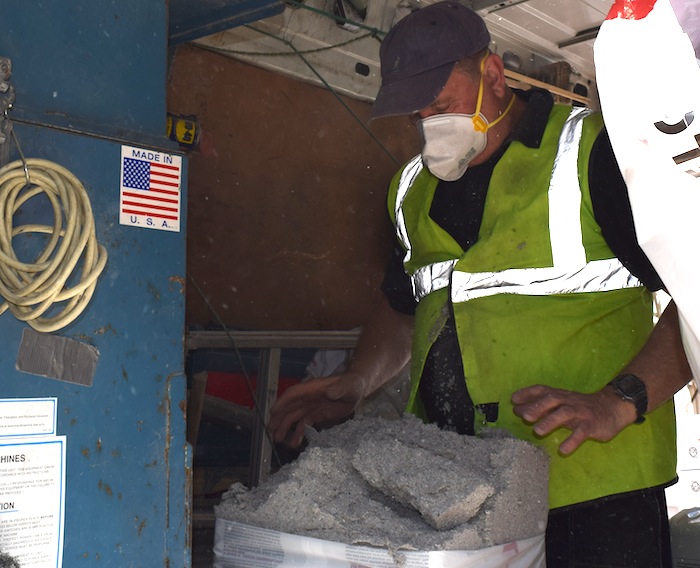 Paper use has declined but cellulose insulation is still available

The growth in information technology has meant a decline in the availability of newspaper for recycling. Along with overhead costs, this has resulted in some factories closing. For example, Gordon’s former employer, Excel, the sole UK manufacturer of cellulose insulation, closed down in 2014.

Sources of newspaper and cellulose insulation do still exist, however. There is one company in Ireland and there are many more manufacturers of cellulose on the continent. Gordon uses a brand called Warmcel, which is made by CIUR in the Czech Republic and shipped to the UK.

Cellulose can be used for other build methods, but is ideally suited to timber frame buildings. Because it’s made from paper, it must be fitted in a way that avoids contact with any damp surfaces. There are a number of different materials that can make the “sandwich” containing the insulation; it might be rigid board on both sides, or one side could be a membrane.

Different boards also have different thermal performances, so it is worth thoroughly researching all the materials involved. This includes speaking to people that have had properties built, architects, builders, or the installers. Gordon says, “Ask as many questions as you possibly can to get on the right foot, to say, ‘that’s the product that I need.’”

Cost and quantity of insulation are based on location, depth and density

In order to calculate cost and how much product is needed, Gordon considers where the cellulose insulation’s going, the depth of the space to be filled and the density required. Locations could include internal or external walls, floors, an attic space or a sloping ceiling. Gordon uses formulae to establish how much material is required for that particular build. 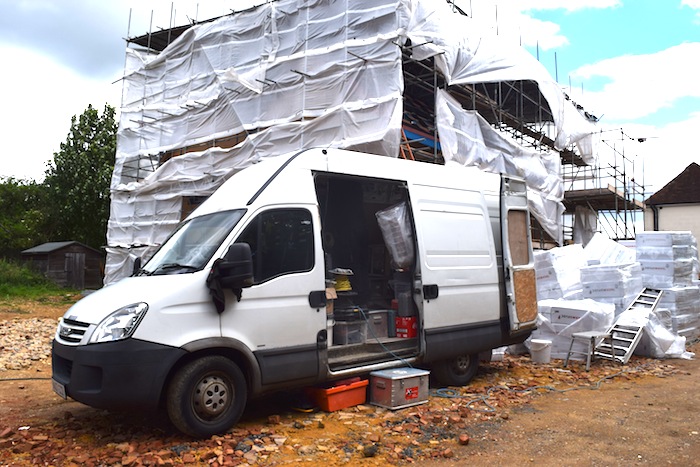 Any moisture issues must be addressed prior to installation

Generally, before any installation is carried out with cellulose, the building needs to be wind and watertight. Cellulose will dry up and cope with a certain amount of moisture, but not too much. For example a constant leak or rainwater continually getting in to the frame would cause problems. If the doors and windows are not in, those access areas can be masked off with polythene on both sides to stop rain being driven in. Gordon will look out for water or staining on boards from rainwater that may have dried up over a day or two. To inspect for damp before installing cellulose he might drill the wall and test by hand.

Holes in the wall allow the insulation to be pumped in

The cellulose needs to fill voids created by the timber frames and rigid boards, and there can be hundreds of them to find. Experience gives Gordon familiarity with typical frame kits so he knows the small gaps to watch out for, and how to access them. He can also identify them from the screw patterns, looking at the drawings, speaking to whoever fitted the boards, or even asking them to mark the boards showing whether or not there’s a gap. If there’s still any doubt, he may drill a small hole to check. 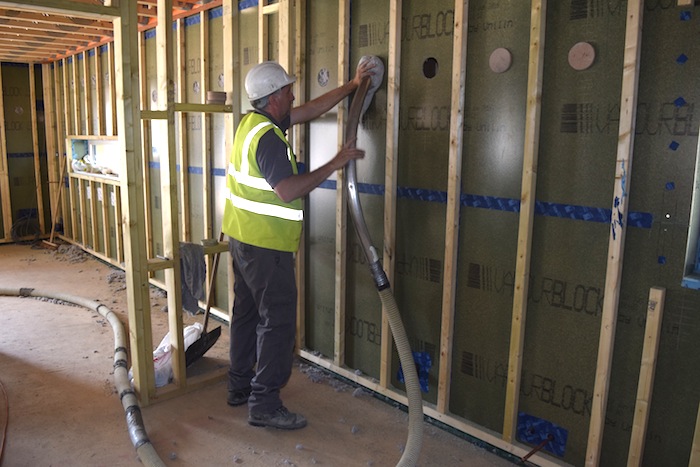 Once a hole has been cut to access each void, and the insulation pumped in, the core is sealed back over the board. To make it 100% airtight, the tape must have no creases. On the job where Gordon and Ben met, the PH15 build had close to 500 holes cut and repaired. The airtightness test showed below 0.01 air changes an hour at 50 Pascal; one of the best results recorded.

After installation, moisture problems are rare and can be rectified

In Gordon’s experience, once the insulation’s in, it’s there for the lifetime of the building. He comments, “As long as the fabric and the structure of the building is sound, it’ll be there forever and a day.” He has had few subsequent issues, maybe three or four over 26 years. He believes those failures arose because people didn’t understand the building needed to be wind and watertight.

If mismanagement does result in a bad leak going into the insulation, it can be replaced once the building is watertight. Gordon explains, “We have to cut a large hole in the board, if it’s not too badly damaged, or the whole board is taken off, and then all that wet insulation is totally removed before it can be replaced.” 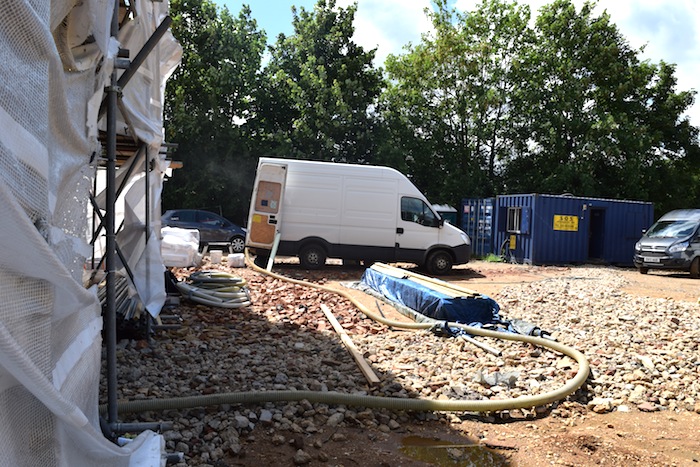 Experience counts but self-builders can get involved

While Gordon has a lot of expertise in his field he encourages keen self-builders to get involved, saying, “They can get to the point where they can actually install the insulation themselves, if they want.”

When he’s been on jobs where self-builders have helped, Gordon has supervised everything and made sure the equipment is set up right. Gordon uses a Krendl machine that breaks up the fibre, and then blows it from an airlock through the hose to the delivery point. Knowing that each cavity is full enough is mostly down to experience, but there are tests to check the density and location. 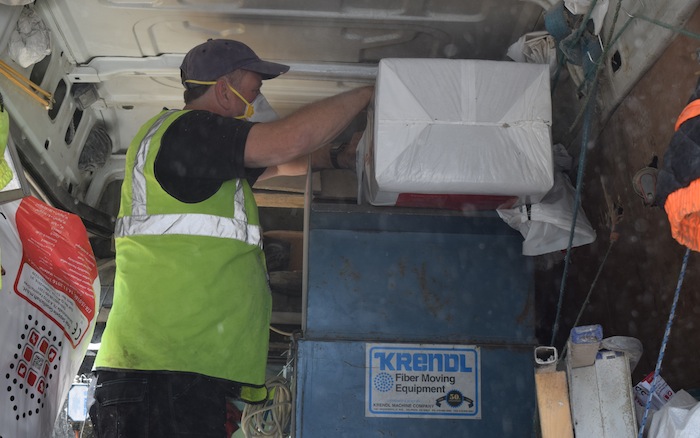 Gordon sees a growth in using cellulose insulation in line with a wider increase in green building techniques. More people are demanding greener products and want the benefits of Warmcel or another cellulose product.

He sees the market increasing slowly, saying, “People are looking to recycle as much as they possibly can. Whether it be the insulation, the boards, all sorts of things, and sourcing the material as locally as possible.”

Download a transcript of the interview with Gordon Lewis

Why the location of a self build is an eco consideration

Ben Adam-Smith reflects on one aspect of his last house that he absolutely loved: its location. It was close to local amenities, and meant that Ben did a lot more walking and only needed one car for the whole family!