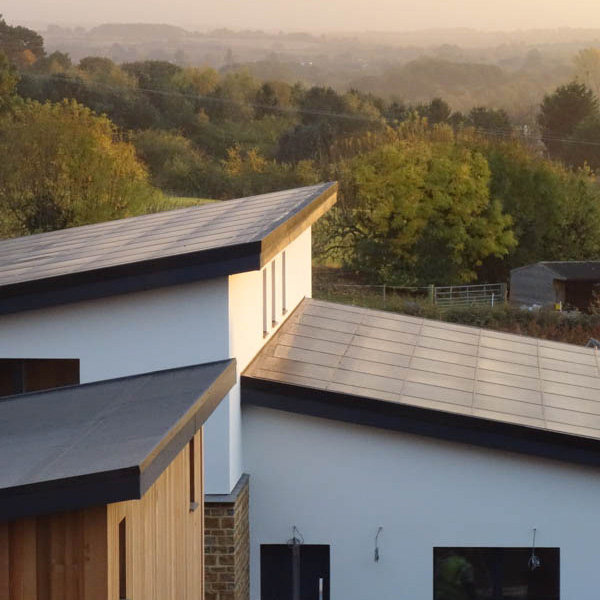 HPH164 : Taking on the role of Principal Designer – with Belinda and Paul Wilson

Belinda and Paul Wilson share what they’ve learned from their Passivhaus build. Paul also explains the responsibilities of the Principal Designer and why he decided to take on this role himself. 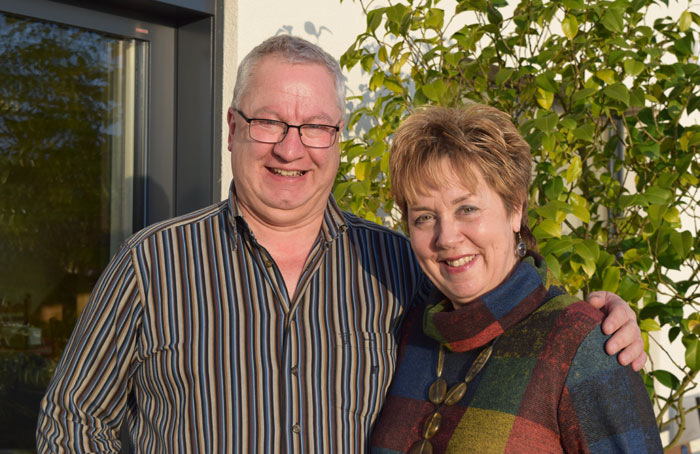 Interview with Belinda and Paul Wilson

Paul and Belinda are no strangers to renovating their homes. They extended their family home and thoroughly enjoyed the space they’d created. However, once their children had grown up, they saw the opportunity to build their dream home within their 1-acre garden. Paul had also retired from a role within the construction industry and so had time to devote to the project.

There was great value in going to exhibitions

Paul says exhibitions such as Grand Designs Live, Build It Live and the Homebuilding & Renovating Show helped them get ideas which they were then able to discuss with their architect.

Paul recommends going early in the morning and chatting to the various exhibitors when they’re fresh.

Dialogue with the planners helped establish what might get permission

Although their initial designs didn't get planning permission, the planners did give some clues as to what might be accepted.

A new home would have to be ‘subservient' to the existing home (e.g. be sunk down) and have good environmental credentials.

Paul says: “Belinda has always had an interest in a more environmentally friendly approach. I’ve always been very much more practical and pragmatic and if it made sense. It had to make money sense as well. I think ultimately we realised the two could come together.”

They considered a lot of ideas from Germany

Having a daughter who lives in Germany, Belinda and Paul had first hand experience of what worked there.

They saw the sense of building to Passivhaus standard – to get a comfortable, energy-efficient home, with a great indoor environment and low running costs.

They considered installing a basement from Glatthaar and also investigated a kit home from Hanse Haus.

With their sloping site and the challenge of building into the ground, Paul was determined to find a contractor who would take responsibility for the groundworks as well as the shell of the house.

It was only when he discovered MBC Timber Frame, who do all their own slab work, that he felt more confident about this stage.

Paul says: “Putting their timber frame on their concrete foundation took a lot of the risk out for us. The last thing we wanted to do was to be a few millimetres out and be held responsible for whatever works were necessary to put it right.” 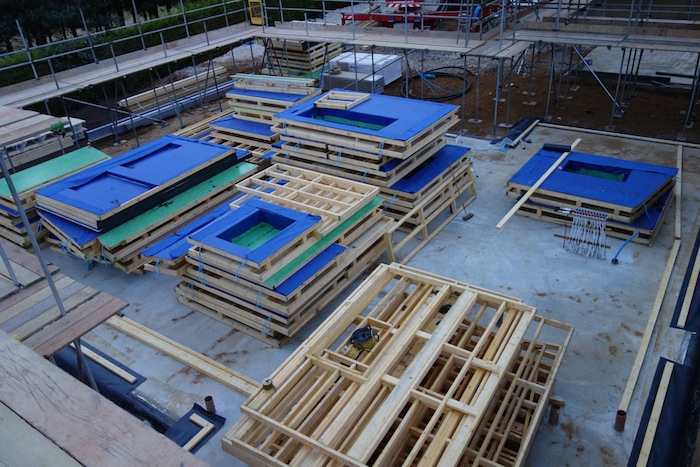 Although the title is a peculiar one, a Principal Designer is required to take full responsibility for the health and safety of the site in its construction phase.

With decades of experience managing various aspects of construction sites (including health and safety), Paul decided to take on this role himself. 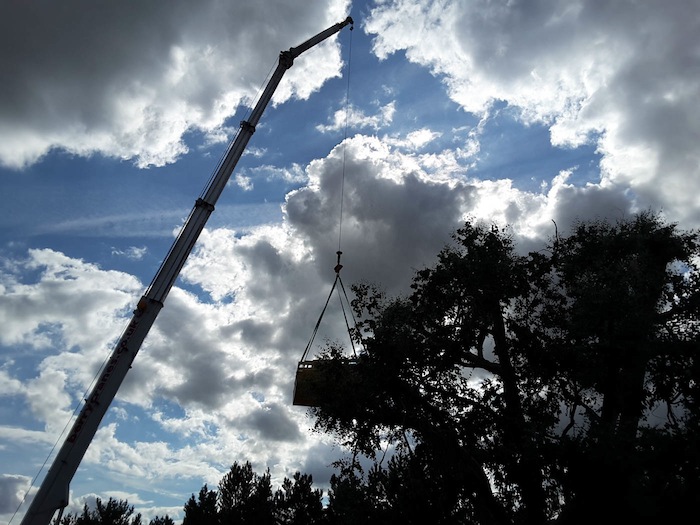 A trained ‘first aider' must always be on site

Belinda took a 4-day ‘First Aid at Work' qualification and was present if required.

If she had to go out, then the duty would fall to Nick (one of the building team).

On large-scale construction projects this is a matter of course.

However, on a self build it's less clear cut. Paul explains: “We were borderline really as to whether we should notify the HSE or not. I chose that we should because you could’ve argued, had there been an accident, we should’ve notified them. Therefore, I felt that we should. But I also felt that it would put us all on our mark in terms of the quality of management and health and safety management in particular, that we were going to follow.”

Inductions helped keep the team up to speed

The Principle Designer must ensure the contractor is complying with health and safety requirements.

One of the aspects of that is making sure that inductions are happening and that everyone on site is adequately trained for the responsibilities they're carrying out.

Common sense drives a lot of health and safety decisions

Paul gives an example of how he stopped work on the main site while excavation along the site access was carried out.

“Digging a great big, deep trench right the way along the entrance to the site meant that for three days, we didn’t do anything else on the site. There was no way was I going to let anybody else try and get past that excavation to come onto the site.” 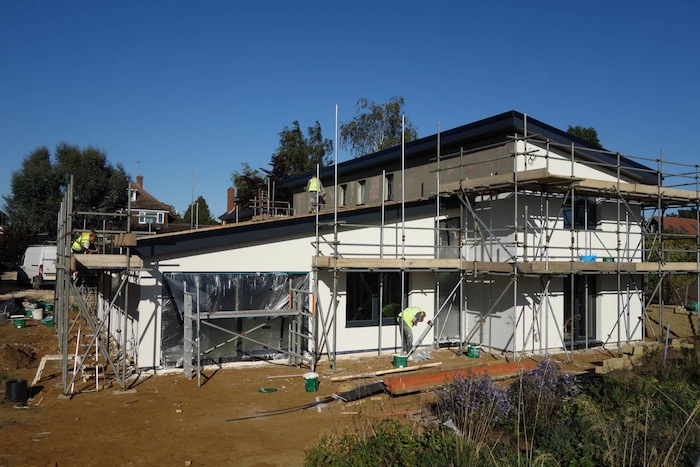 A lot of sites fail on the basics

And they were told about the three basic rules: hard hat, high visibility jacket and protective boots. This continued right the way through to the end.

Paul reveals: “Amazingly, after probably once or twice of reminding people, that’s how the site went. They just knew. People just did it.”

High visibility jackets are a no-brainer

Wearing a high visibility jacket is not onerous yet it can increase awareness ten fold.

“Whether it's machinery moving around, even if it’s only vans, to have a high-vis, people are aware of it very quickly. It’s not a luxury, it’s not an imposition, it simply makes people visible. And when you walk onto the site or you’re driving a machine on the site, you can immediately get in your peripheral vision the high-vis jackets.” 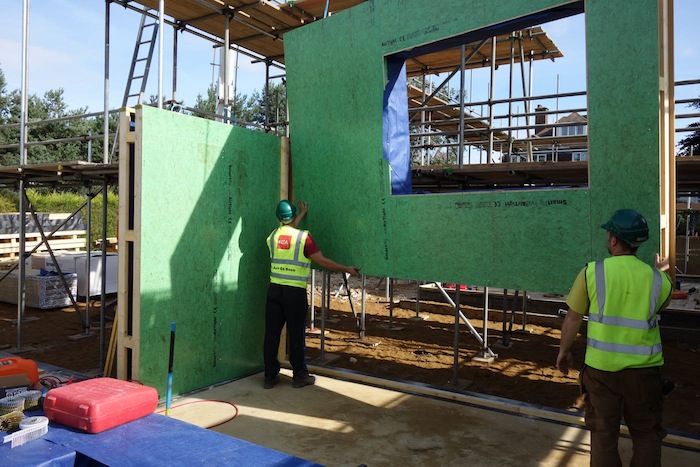 Belinda explains that people are naturally interested in what's happening on site but they did not allow people to pop in and visit.

Even Belinda herself did not head on site unless she was required.

If people were shown around the site it was after the work had stopped and they would be accompanied at all times.

Belinda says: “We paid for a health and safety advisor to come in to do the initial inspection, to see if we’d setup correctly and he was very pleased. Got lots of brownie points for that. But I think because you knew that he could come in at any time just to keep us on our toes – and that’s part of the principle designing role, to have these inspections.” 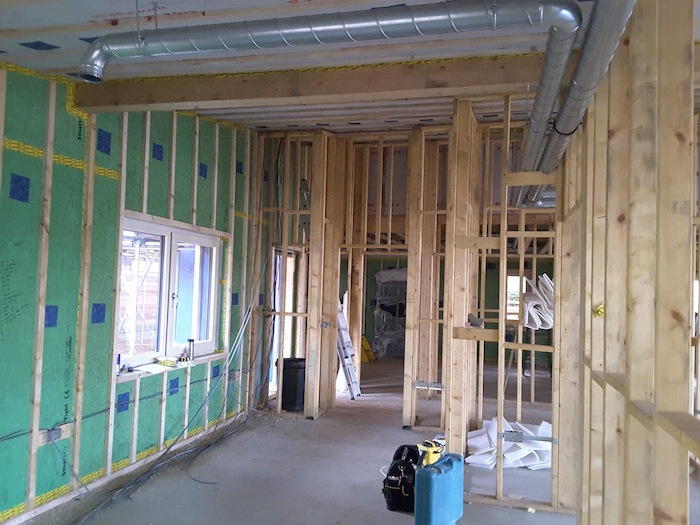 Paul really benefited from the CITB course he did.

“It was quite interactive. Essentially, it shows you the background to the legislation. The legislation is enormous!”

Paul feels that anybody who’s been in a management position could tackle the role of Principle Designer.

“I don’t think you need specific construction expertise. And you certainly pay an architect quite a lot of money to carry out that role.”

Download a transcript of the interview with Belinda and Paul Wilson.