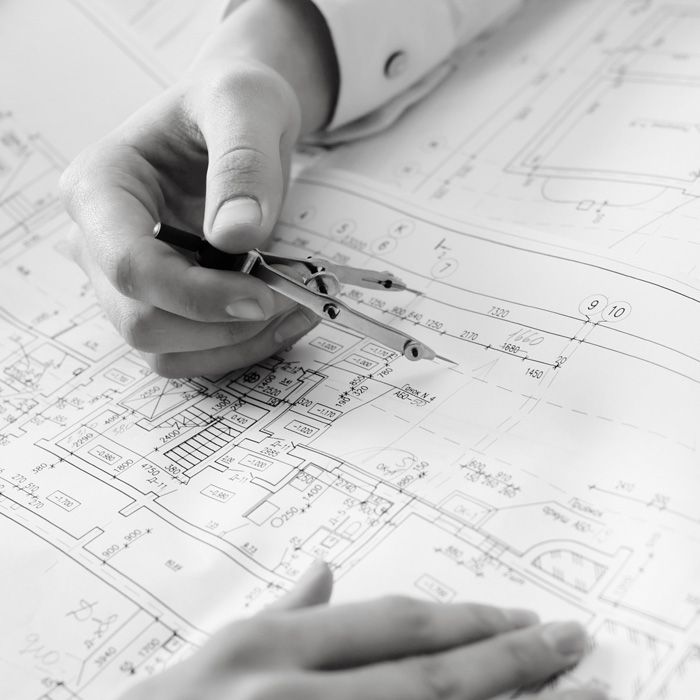 HPH161 : How I chose an architect for my Passivhaus project – with Ben Adam-Smith

Ben Adam-Smith shares what he's learnt during the process of hiring an architect for his self build project.

When things take longer than you hope, there might be an upside

It's four and a half years since I first came up with the idea of building my own home. Up until recently, when I bought a piece of land, I have had little to show for my efforts. That does not mean it's been wasted time.

In many ways, my unusual path has led to me being more confident in my decisions.

Engage with construction folk at every opportunity

One thing I did well – albeit by accident – was to start networking with architects, builders, etc. long before I ever needed to hire anyone.

I remember attending my first AECB Conference at Goldsmiths University in the summer of 2012 and proclaiming I was going to build my own home. Everyone just kept asking: “Have you got your land yet?” I made a mental note that this was clearly an indicator of how ready you are to build: in other words I wasn't that ready.

By attending smaller green building conferences (rather than a vast show like Ecobuild) I was able to meet industry folk and learn at the same time. Often the seminars went over my head, but they were always interesting and had something for me to glean.

My work has resulted in more networking

Running Regen Media, a production company that helps green builders promote themselves using new media, has been another networking gem. Work takes me to see all manner of buildings and I get to hear the stories behind them.

And as I grew more and more confident that one of my project goals was to build a Passivhaus, there's no doubt that working with the Passivhaus Trust was a great opportunity to meet more of the right people.

Find out more about the Passivhaus Trust's self build campaign

While it's unlikely you'll make connections in the same way I did, take advantage of events like the Passivhaus Open Days.

Trust your gut when choosing

I don't know about you but I tend to make a lot of decisions based on gut feeling. After gathering information I make a decision, stick to it, and try and learn from it if it all goes wrong.

This philosophy has served me well in life and I had no plan to change things here.

So, my shortlist came together without much deliberation:

Passivhaus experience, a local firm, and a good relationship were important

What you want to build will ultimately influence your choice of architect. I've visited so many Passivhaus standard homes that when I step into a traditionally built house, however splendid, something feels wrong! Therefore working with an architect who really ‘gets' Passivhaus was a priority.

I was also keen to engage with a practice that wasn't too far away. So I ruled out anyone in London. I was after someone with a sense of the area.

Another key factor was hiring someone that I felt I was on my wavelength. For example, I have seen self build projects that I love, but I wouldn't dream of working with those architects because of the way they treat staff or some story that has worked its way back to me.

With a strong shortlist, hopefully all roads lead to a successful outcome.

Prepare yourself for questions that might come your way!

We met on site with each of the architects to have a chat, and then had a coffee to discuss how they might work.

All of them wanted to know what build route we would be taking. It's funny that this question took me by surprise. In some respects I imagined this might be something that the architect would advise on! However, I suppose I know that I want as little involvement as possible, so that will push me to the contractor end of the scale.

Are there differences between hiring a solo architect versus an architecture firm?

This was a point where I really struggled.

A larger firm will have more projects going through which will mean yours is just another project. Perhaps a solo architect would be more attentive? Or is the reverse actually true?

Does a firm, by its nature, have a broader scope of design? What if you don't like designs from the solo architect?

Which will be more efficient? It could go either way.

I don't know the answers but I feel this is an avenue to explore.

It's interesting how the early stages of design actually account for little of what you might eventually pay an architect.

Each of the architects were comparable in price in the design and planning stages.

Where things really differed were when we get to the build stage of the project.

We had fixed fees versus percentage of the build cost to weigh up.

The practice we appointed

We decided to hire Parsons + Whittley as our architecture firm.

As I've mentioned already, this was to do with having visited a number of Chris' projects and been impressed.

I also liked the fact that Chris is not the architect! Our architect will be John; Chris, as he often says himself, is the strategy man.

We also face a challenge in that my wife doesn't like new builds! Personally I feel that she will like it if we can get the design right. Some of that may actually involve a change in our attitude and I'm hopeful that Chris is the person to help us on that journey. I just have a feeling he will say the right thing or educate us where we need to challenge our thinking.

The National Self Build and Renovation Show

Ben Adam-Smith will be sharing some of his self build journey at the National Self Build and Renovation Centre. He'll be talking at 1pm on Friday 27th January and Sunday 29th January. On the Saturday he'll be trying to sell his house (to free up equity for his self build)!

To find out where Ben will be speaking next or when the next House Planning Help meet-up will be, check out our events page.