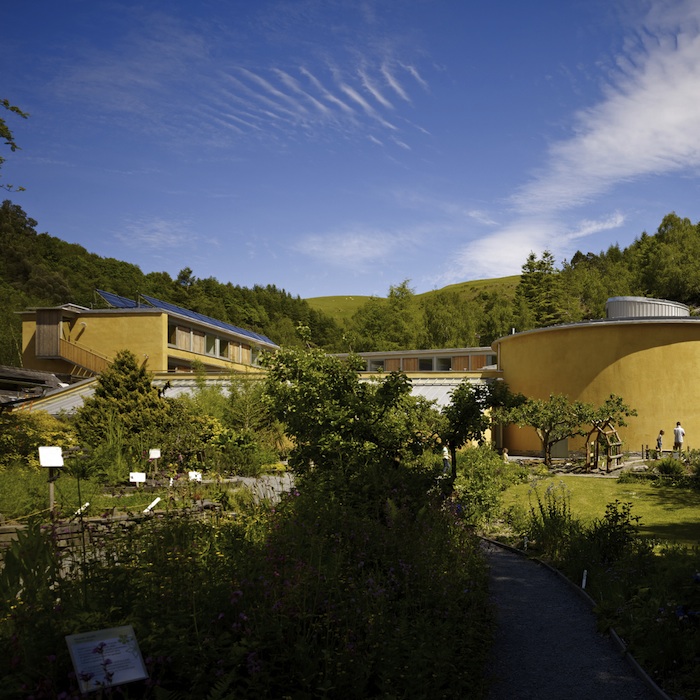 HPH158 : Lessons from 40 years at the Centre for Alternative Technology – with Pat Borer

Architect and author Pat Borer shares insights from his teaching career at the Centre for Alternative Technology as well as what he's learned from his own practice (which has helped hundreds of self-builders). 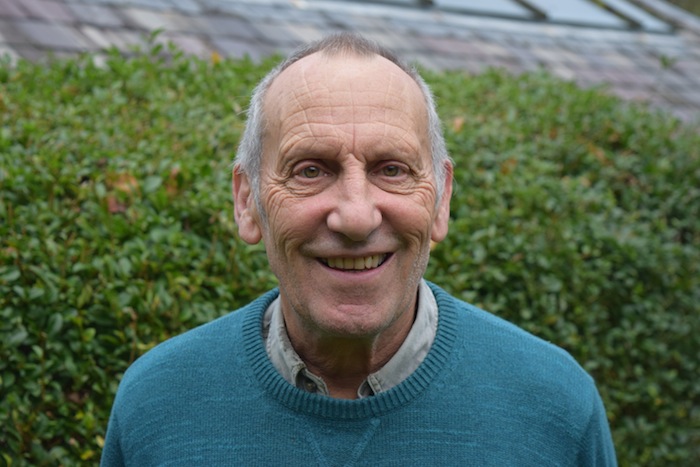 Pat Borer is an architect specialising in green architecture, mostly for self-builders. His work at the Centre for Alternative Technology (CAT) in Machynlleth began in 1976.

CAT was founded in 1973 by Gerard Morgan-Grenville on the site of an old slate quarry in west Wales. He wanted to create an experimental village of the future to demonstrate there was an alternative to mainstream, industrialised civilisation, both technologically and socially. Demand to visit the centre in its stunning location meant it was soon opened to the public. 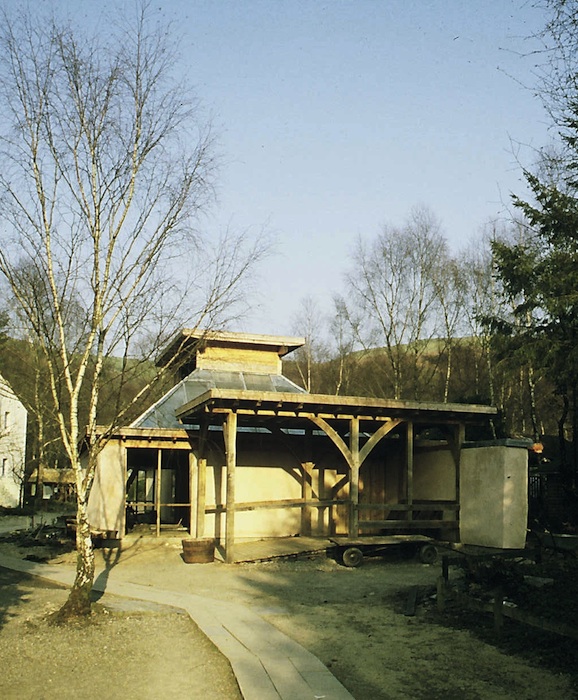 We should only use our fair share of resources

The industrialised people of the world use eight times their “fair share”. The energy crisis of the 1970s prompted research into renewables by many, including CAT, although interest in renewable energy has developed hugely and is now generated on a national scale. In 1976, CAT built a super insulated house that used less energy than a passive house.

Photovoltaic technology hasn’t changed much but the scale of manufacturing means the cost continues to drop. Similarly, the cost of generating electricity from wind turbines is now comparable with coal and even gas.

The construction sector uses a tenth of the nation’s energy

Pat comments that one reason the UK has such a big DIY market is because our houses are so badly designed and built that we have to do something about it. Unfortunately, by the time a typical development house is occupied it is difficult to rectify the corners that have been cut such as insufficient insulation.

The philosophy behind all CAT buildings is low energy, including low embodied energy and materials. Visitors can sense the difference in these buildings because of the use of traditional materials such as wood, earth and lime. They say it smells and feels different, which feels good. 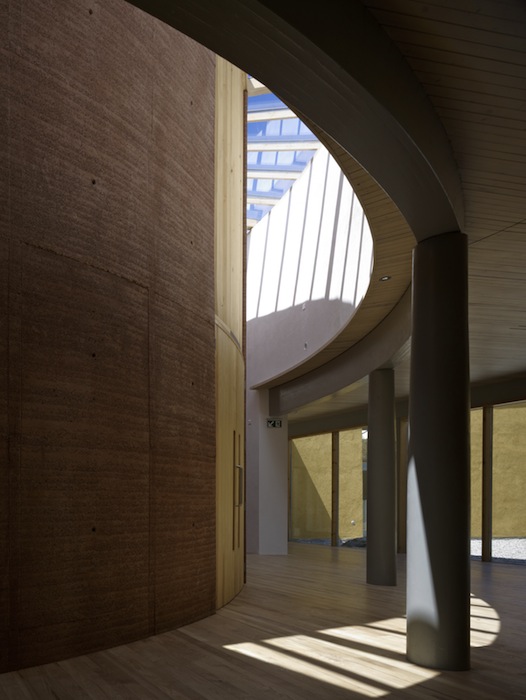 The technology works; what needs to change is attitudes

CAT is known for its research and most recently their Zero Carbon Britain report prompted questions in parliament. Pat explains that to get to a zero-carbon state, we’ve got to make some serious changes like reducing flying and meat consumption.

The five-day self-build course runs twice a year for groups of around 16 people, and covers a mixture of theory and practice. It includes talks on energy, materials, services, organising the site, planning and building regulations. The course encourages people to think beyond their intuitive design ideas and ask themselves what is sustainable. 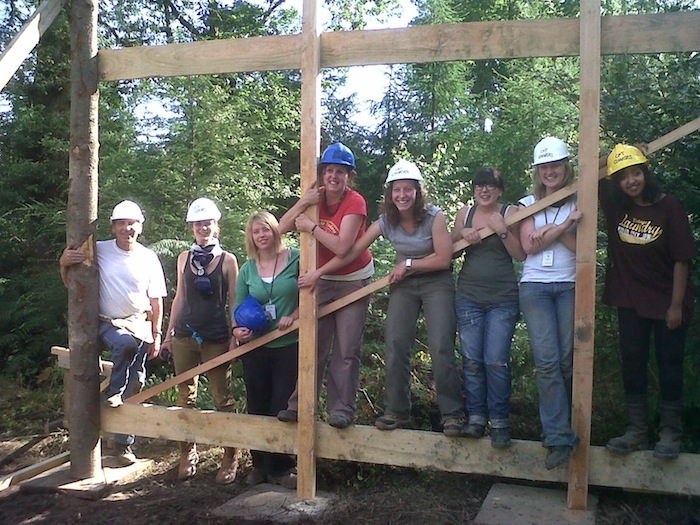 Timber frame is the most applicable method for self-build projects

CAT only teaches timber frame construction to self-builders. There are various advantages: the techniques are relatively easy and timber is plentiful, durable, strong and easy to cut. Local timber has very low embodied energy and provides work for people in the countryside as well as good habitats for wildlife.

Timber frame construction helps self-builders gain confidence and Pat has seen many go on to tackle plastering and some plumbing and electrics.

However, his tip for a successful project is to choose the technologies that suit you. If you’re good at brickwork then it’s okay to choose that; it’s a cheap way to build and can be suitable for low energy houses.

Choose your insulation wisely: condensation can rot a timber frame

The evidence for using breathable construction is very strong although it’s still not universally adopted, despite the well-known risk of condensation. CAT promotes the use of insulations made from recycled newsprint, cellulose, sheep’s wool, flax, hemp, and cork – rather than plastic foams. Sheep’s wool, for example, smells great, doesn’t itch and is easy to fit.

Pat argues that although many sustainable materials can be more expensive, there are cost-effective options. For example, reusing materials is often cheaper. In other cases, for the same budget one might choose a superior and more environmentally friendly product, e.g. a locally grown hardwood floor rather than a “glued-up” laminate from Germany.

Pat explains that the centre has survived on very little money but it’s never been uncomfortable, as practices such as car and food sharing have made it very cheap to live and work there. CAT tries to show that it’s not just the right thing to do, it’s an attractive way to live. 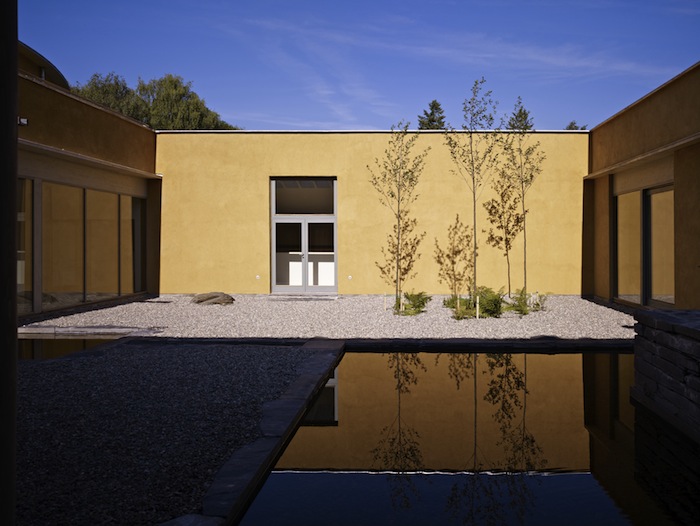 “If everybody does a little, we’ll only achieve a little.”

Regarding climate change, Pat quotes David McKay, explaining we’re past the point where small changes by everyone are enough. We need to do more.

CAT aims to show visitors that ecology is complex, with every little thing affecting every other thing, challenging them to really change their lifestyle with regard to energy. Beyond changing light bulbs and saving water are more demanding adjustments such as an electric car or sacrificing space or aesthetics for insulation.

The best solutions are not technological nor lifestyle

Pat says in the future the Industrial Revolution and its enormous fossil fuel use will be seen as a wrong turning. So we need to start correcting our course now, but building on what we’ve done.

We are often reminded that if most of the fossil fuels aren’t left in the ground, life will become untenable for most of the world. Remembering this while planning a self-build will yield a better result at the end, as Pat says: “As well as saving the planet, you’ve kind of saved yourself a bit.” 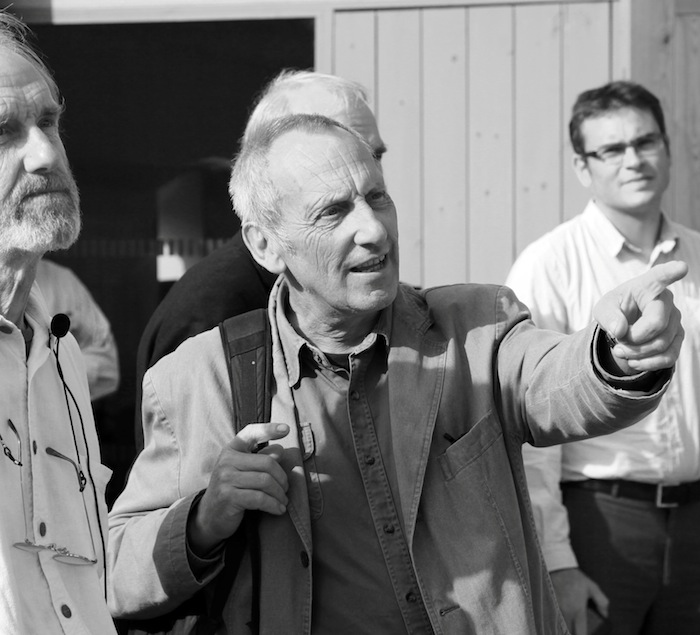 Visit the website of the Centre for Alternative Technology

Download a transcript of the interview with Pat Borer