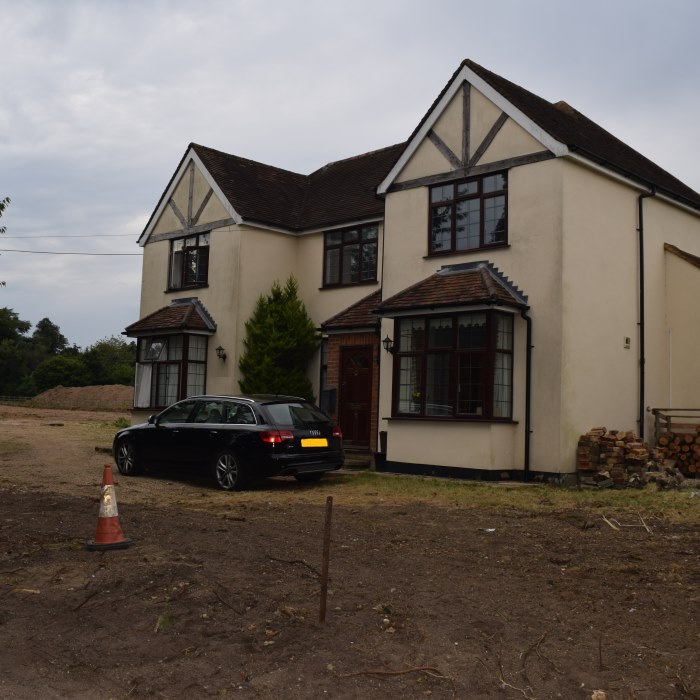 HPH151 : When does it make sense to demolish and rebuild? – with Janet Cotterell

Architect Janet Cotterell explains why her Buckinghamshire Passivhaus clients changed their minds about refurbishing, and have instead opted to demolish and rebuild. 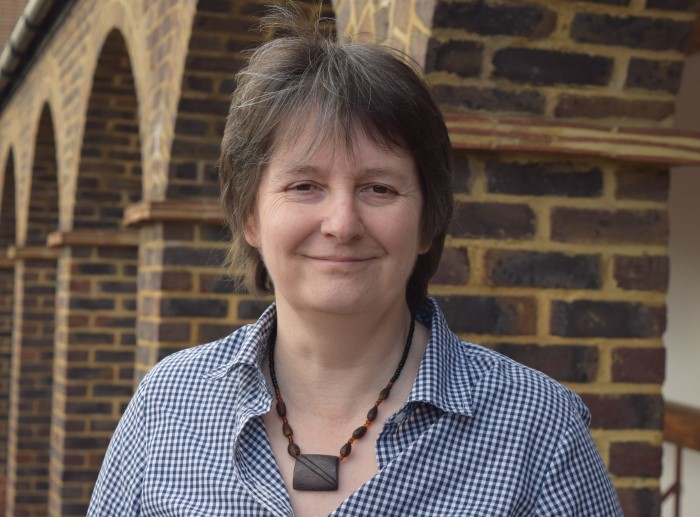 We spoke with Janet in podcast episode 121 about the kit and system methods of building a Passivhaus. One of her latest projects, Buckinghamshire Passivhaus, uses the PH15 system that she has been developing, and we are following its progress in The Hub. We have taken the opportunity to find out more about the scheme and understand why her clients have decided to knock down the house that they had originally intended to refurbish, and instead build from scratch.

Janet explains that the existing dwelling is not particularly attractive, but it is on a very attractive site of around an acre. Her clients originally wanted to retrofit the property to the full Passivhaus standard, so this formed the basis of the first scheme that Janet produced. This initial study looked at how they could adapt it and give them the accommodation that they required. While the accommodation element worked for them, they realised that the complexities of dealing with the existing fabric meant that costs could be better controlled and without the need to make any compromises if they decided to build a new house instead. 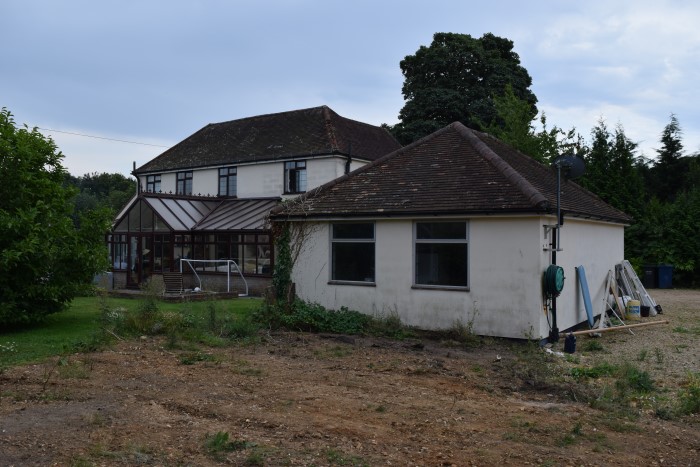 “And there is always the issue about replacing a house that isn’t at totally the end of its life, but my feeling is it’s so invasive doing a retrofit in any case that the fact that you are then replacing it and building something that will last for a very, very long time, my own position is that generally I would go for replacement dwelling unless there was some particular architectural reason.”

Another contributing factor in the decision was that being a new build they would be able to claim back the 20% VAT – a considerable economic benefit over a refurbishment. 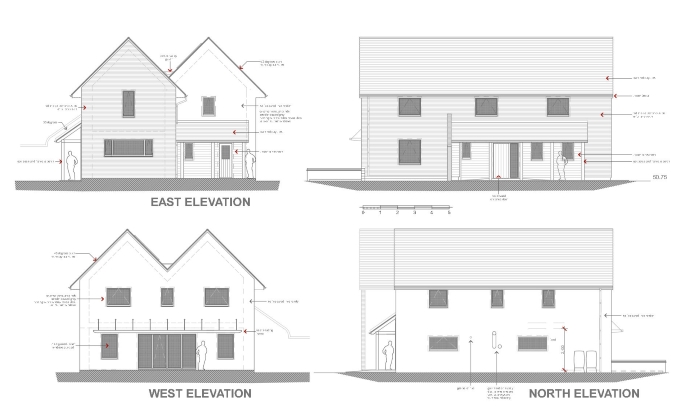 While the clients had firm ideas about the accommodation they wanted inside the house, they were happy to leave much of the aesthetics and external design to Janet. She has focussed on maximising the best features of the plot by making the most of the sun and the beautiful views. The house will be built in the centre of the plot to maximise the views, and divide the space up to create different sections which will each be treated slightly differently. The design incorporates a long brick wall leading to the house which creates the separation of public and private spaces, and will give a courtyard type feel.

The external finishes of the house are determined largely by the local council design guide, but Janet was also happy to take on the challenge of creating a Passivhaus which still has the look of a traditional UK home. 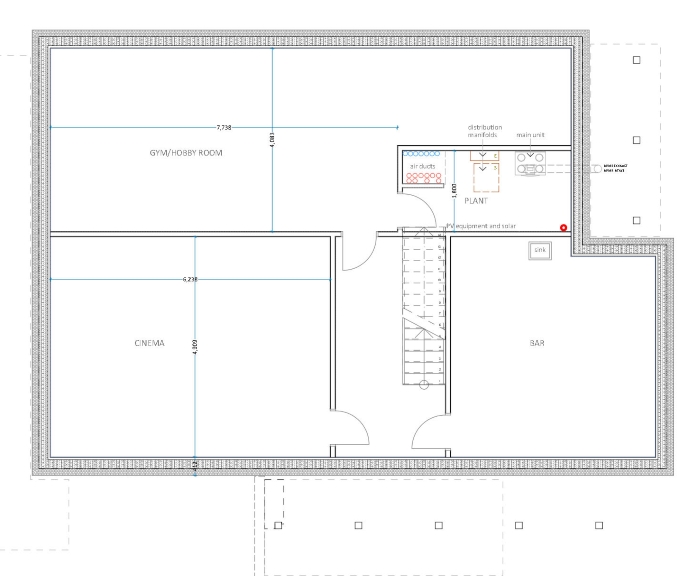 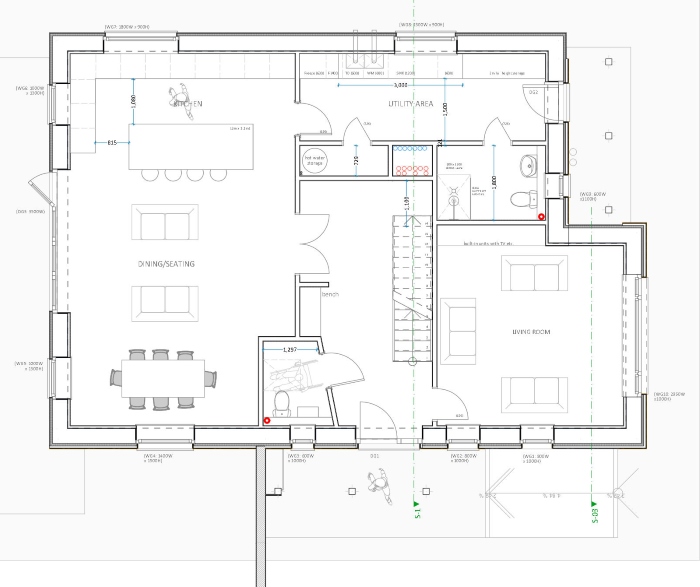 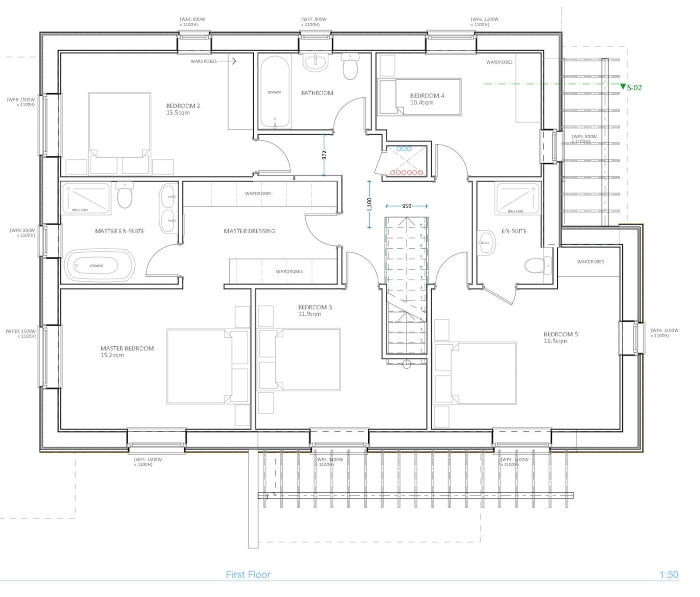 The aim of Passivhaus Homes is to create a timber frame, Passivhaus compliant, solution, with details that can be passed on to other people. They have created a package of details which they have been tweaking as they go, and believe they are now at the point where most of it is working successfully. Their intention is that if you were to use their timber frame system, and built it in a certain way, the thermal bridge details would already be proved to work. By making this simplification and having standard details already done, it should save considerable money for the client.

The timber frame will arrive as a puzzle of pieces!

The pieces are being cut off-site by Passivhaus Homes and then delivered to be assembled by contractors at the plot. For Buckinghamshire Passivhaus there are likely to be around 500-600 pieces. The cutting machine they use is able to work out the most economical way of cutting all the pieces with the least amount of waste possible. 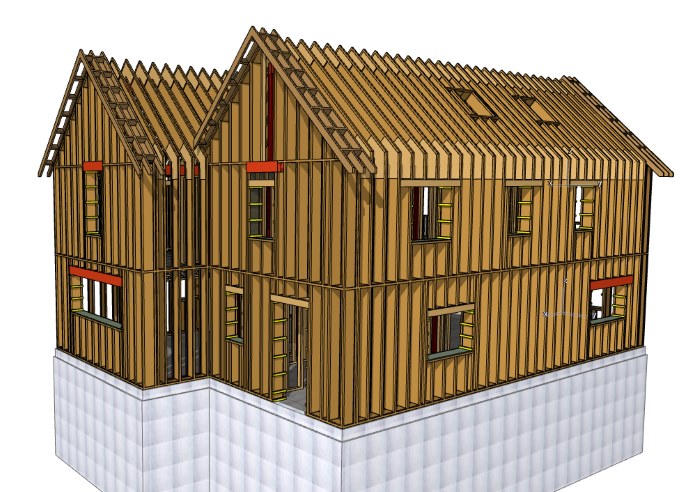 However, rather than delivering a pile of pieces in one go, they also need to work out a system of delivering them to the builder so they can be unpacked in an order which will make sense, and only need to be unpacked when required. While this does end up creating a little more waste, it is still considerably less than the amount that would usually be generated on site. And with the waste being created at the factory, they are able to ensure it is properly recycled. 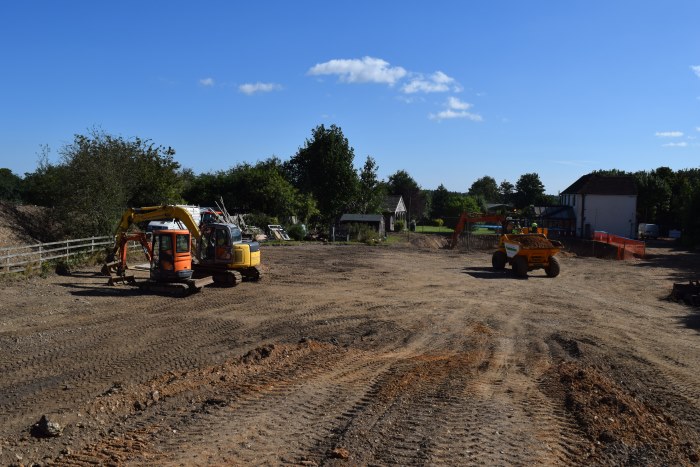 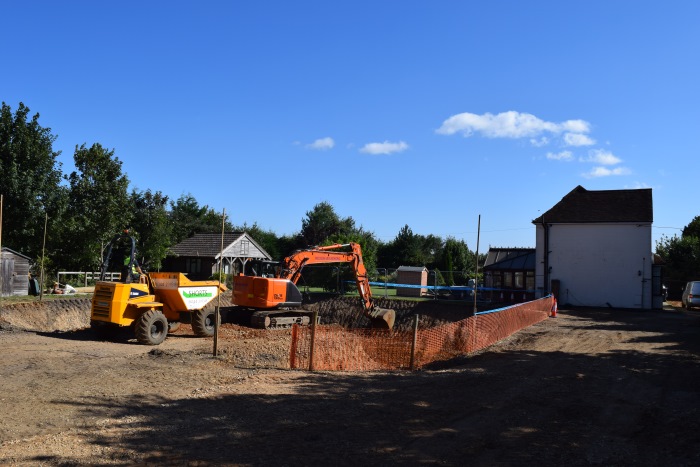 We'll be returning to speak to Janet about how the build is going, but you can also follow its progress in The Hub with regular video updates.

Other examples of the PH15 timber frame system

The orange colour are LVL’s (laminated veneered lumber) which are structurally quite strong, so are used for larger beams. The orange is a coating they put on to give a bit more moisture protection to avoid swelling on site should the contractor allow them to get saturated! The blue is a special insulated triangular lintel which is made up (and delivered ready made to site) to allow the windows to sit right up against the eaves without creating a terrible thermal bridge. 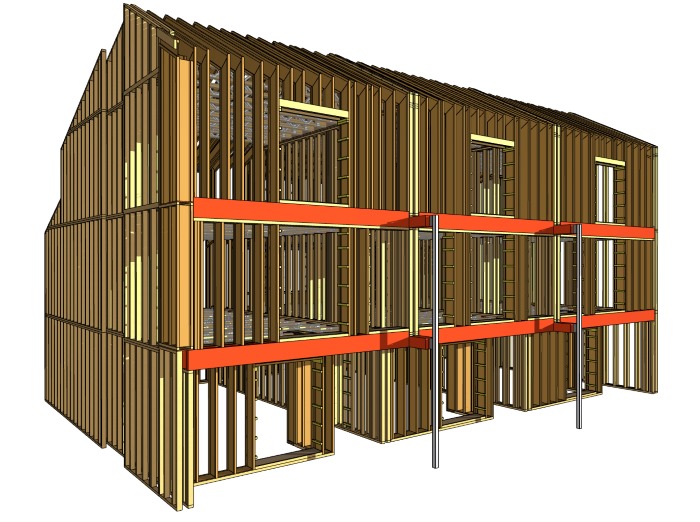 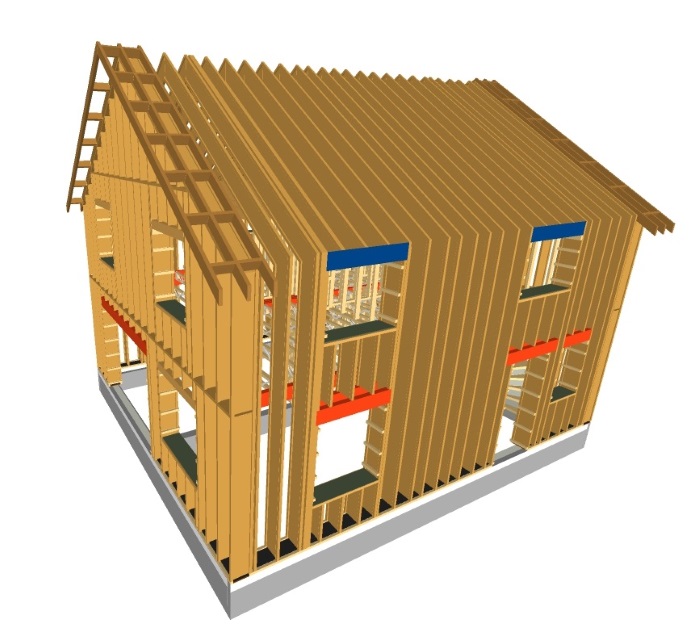 If you're a Hub member you can watch the videos of the build as progress continues.

If you're not yet a Hub member and would like to find out more information, you can watch our short video which explains what it's all about.

Here at Regen Media we recently produced a video for Architype, who wanted to create a training / induction aid to help newcomers understand what Passivhaus at Wilkinson School is all about. A big thank you to the four young stars of the piece who we think you'll agree explain Passivhaus brilliantly!