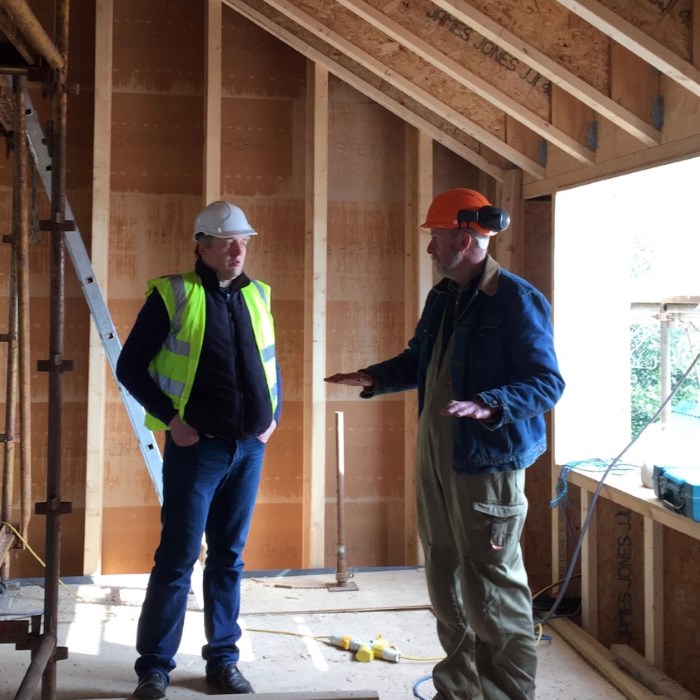 HPH138 : Why an integrated design approach works well for self build – with Charles Grylls and Nick Grant

Charles Grylls and Nick Grant explain what is meant by integrated design and how it can benefit a self build project. 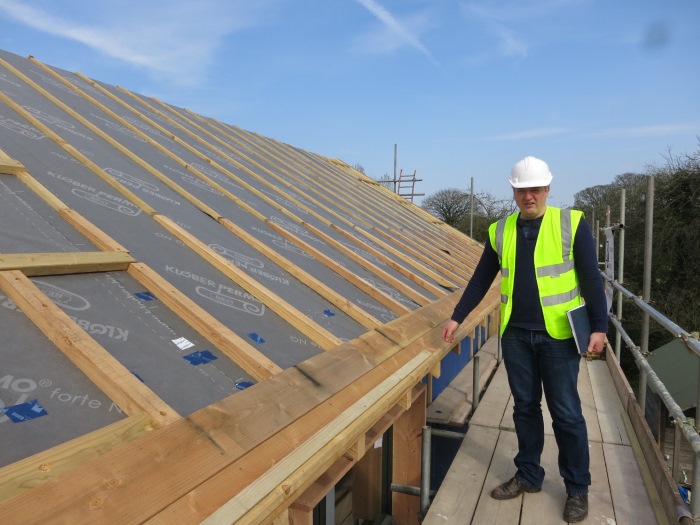 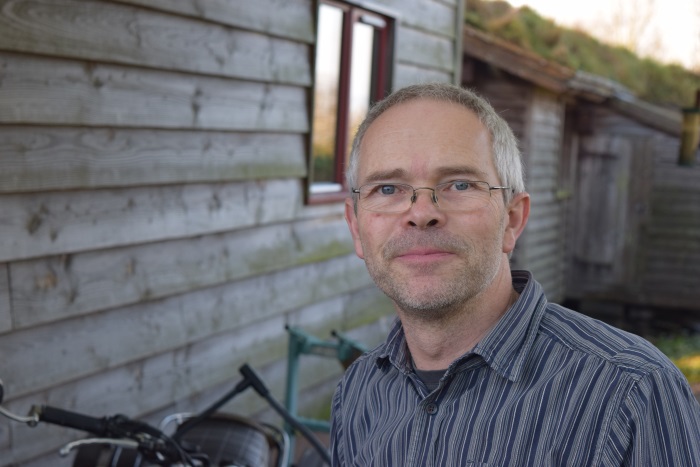 For the last 5 years, architect Charles Grylls has been working with a design team on Passivhaus projects in Herefordshire. The team includes Nick Grant (Passivhaus Consultant), Alan Clarke (Services Engineer), Allan Pearce (Structural Engineer), and Mike Whitfield (Contractor). Although they are independently employed they collaborate together on projects, which benefits the client but also develops their expertise and aids their understanding for the future.

Their first project working together was a Passivhaus in Garway, which has led on to subsequent builds. 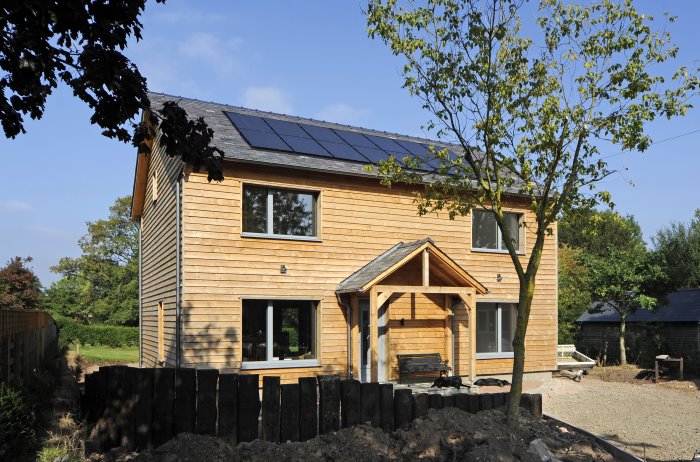 As Nick explains, traditionally it tends to be that the architect draws something, the engineer has to try and make it work, and the builder has to try and build it. A collaborative approach from the outset enables non-hierarchical input and advice, working together, to make the project a success.

Working relationships and connections were already in place

Charles knew Nick and Mike from working with them when he was an employed by Architype. Mike and Allan Pearce had both been involved when Nick had built his house, so there had already been working relationships in place for 15 years or so.

Nick said: “We’re a bunch of friends. I know it’s often not the best thing to work with your friends, it can be a recipe for disaster, but we get on well and we respect each other.”

It did take a few weeks of working together as an integrated team to understand what each members' role would be and what each would be bringing to the design team.

Nick stresses that although it's an informal arrangement they have, it is based on trust and responsibility. The contractor particularly is seeing problems on site through the eyes of the rest of the team and has a responsibility to notify the others if they think something needs doing. 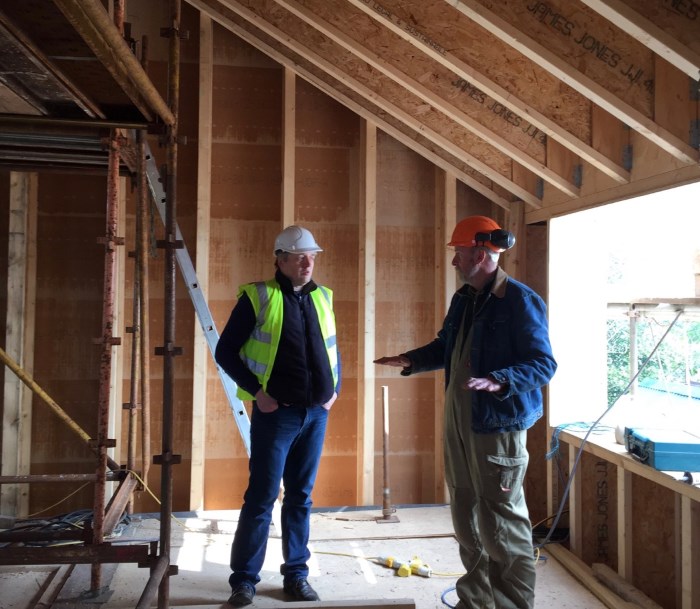 There can be less risk using a negotiated tender process

In a traditional contract a client would work with an architect from concept through to a detailed design, which would then go to planning. Once planning has been achieved it might go out to tender, so already you're a long way through the process before even speaking to a contractor or consultant about how to build it or how to solve energy problems.

Charles sees there being risks in terms of cost and quality control using builders through this process who don't have Passivhaus experience. His experience of competitive tendering for a Passivhaus project is that they will either come in with a low price because they don't understand what they're going to have to build, or price it for risk and so overprice it. Using a negotiated tender process, which is still a traditional route to go down, can be less risky.

It's about quality and people who care!

Nick says that you don't necessarily need to find a builder or team members who have had Passivhaus experience, but they just need to care about what they're doing. Often smaller builders will be at a disadvantage when it comes to tendering because they don't have a department specifically geared to do that, but Nick says they'll happily turn up, do the job and work for a fair price. By finding a small builder and speaking to previous clients, you could end up with a cheaper and better job.

Good, but not superfluous, communication is required

The team collaborate using shared folders online for consultants' information so that everyone can cross-check, evaluate and provide an immediate response to information that goes out. The client can also be included in this way. They also make sure that people are only involved when they need to be, so their time is not being wasted.

Being a group of friends, some of the team's communication takes place down the pub, chewing over challenges and working out solutions and better ways of doing things in the future!

Charles stresses that as a client, starting off with a good brief, keeping on-site changes to a minimum, and ensuring that communication lines are kept open throughout are some of the most helpful things you can do. He suggests a flow diagram can be useful in showing members' roles and responsibilities if it gets complex. Within this team it tends to work slightly differently from a traditional procurement where the architect is project manager and administers the contract, because Mike (the contractor) forms a contract direct with the client. Charles explains that this keeps things simple because everything has been worked out between the team beforehand so there are not usually too many changes.

Establish and be honest about your budget from the outset

Nick explains that sometimes when projects are drawn up and put out to tender, they come in way over budget and so then go through a “value engineering” process to strip out all the good bits to make it affordable. Far better is to establish a budget and be honest about what that is. There's no point in being coy and saying your budget is lower than it is because the danger is the design may not then include the features that you might have desired but, according to your stated budget, couldn't afford.

Having the builder involved early on is an advantage because they can give input from experience on how much things are likely to cost, so things are not added to the design that may later need to be removed because of budget constraints.

Going back and seeing how the building is performing can help the occupants establish whether it's being used to its full potential and whether any adjustments can be made to increase comfort, etc.

As Nick says, the team are only likely to be offering this if they're fairly confident there won't be too many problems! If there are problems they want to know about them and learn from them, to avoid them from happening again.

We are currently looking for our next self build project to follow in The Hub. Ideally it would be a Passivhaus that is different from our first case study Long Barrow (e.g. not built with insulated concrete formwork) and again we would focus on the decision-making process from the design stage right through to construction.

If you think you have a project that may be suitable, then please do get in touch and tell us about it.