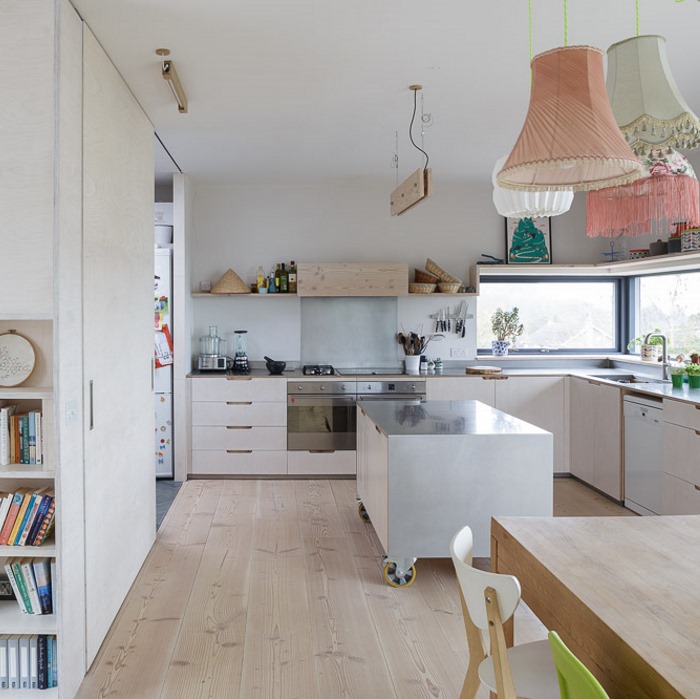 HPH113 : Budgeting for our eco home – with Tara Murphy and Dimitri Daras

Tara Murphy and Dimitri Daras talk us through their Gloucestershire self build project, with a focus on how they managed their budget.

After selling their London flat and moving west, Tara and Dimitri were uninspired by the quality and value for money of houses for sale and made the decision to self build.

Their finished house also featured on the TV programme ‘Building the Dream', which was presented by their architectural designer, Charlie Luxton.

Leave a realistic amount of your budget for the build costs!

Tara spent a year searching for a plot in the Gloucestershire region, and during that time was able to build up good knowledge of what was a fair price to pay for land. Deciding how much they were prepared to allocate for a plot determined how much of their budget they would have left for their build. Plots around the £80,000 / £90,000 mark tended to be in locations that didn't appeal, and those available at closer to £200,000 they knew wouldn't leave a realistic amount to build their home.

Their search concentrated on plots (and buildings that could be demolished) in the region of £150,000. The plot they purchased was being offered at £175,000 and they managed to buy it for £162,500, which Tara considers to be a fair price. Unusually there was no competition for the plot, and they were delighted that they had found somewhere within their budget that had the amazing views, space for a good-sized garden, house and car parking that they had been looking for. They had thought they may have to compromise.

House plans were needed to get the mortgage

Arranging the mortgage turned out to be a frustrating, risky and expensive process. Even using mortgage products designed for the self build market, they found it challenging. The mortgage company wouldn't lend money without plans, so Tara and Dimitri had to employ someone to design the building before they even owned the land. They put the offer in for the land in the July but it took until the following January for the mortgage to be approved and the land purchase to go through. During that period they had spent around £20,000 on the project and were living with the risk that the vendor could walk away at any time.

“The whole system, even within the self build mortgage industry, seems to be set up for developers. You have to have a big big pillow of cash in order to get this process started. If you're like us, instead of buying a normal house you just want to have a go at building a house, it's not helpful.”

Tara and Dimitri knew they wanted to build a contemporary home, so looked at portfolios on the websites of local architects. Another consideration was that they were interested in Passivhaus design and were keen to find an architect with knowledge and ideas around that. Drawing up a shortlist of four, Tara was struck by a comment that the architectural designer Charlie Luxton had made that, whoever they chose, they needed to make sure it would be someone they could be honest and have robust conversations with. They selected Charlie Luxton Design as they liked Charlie's design work, enthusiasm and interest in Passivhaus principles. They also felt that by visiting so many other projects for his TV work, the extra experience could only benefit their own build.

Keeping the form simple kept the build within budget

The final design didn't change too much from the original sketches. The only things that were really affected by the budget were the flat roof which was selected partly because it was a cheaper option than others, and the living room windows which they had wanted to be able to throw open completely, but were going to be far too expensive. Their original plan to use locally sourced materials also had to be reconsidered when they discovered how much the Cotswold stone was going to cost!

The form of the building was kept very simple to maximise the volume and to work within their budget. Costs were also kept down on their internal features and by using lots of plywood finishes around the house.

By opting for a minimal design they have not had to spend money on architraves and skirting, and they didn't have to spend money on expensive flooring where they were able to power float the concrete slab instead.

The architectural designer and builder worked together to design the building structure which they were able to make more economically than using a timber frame company. 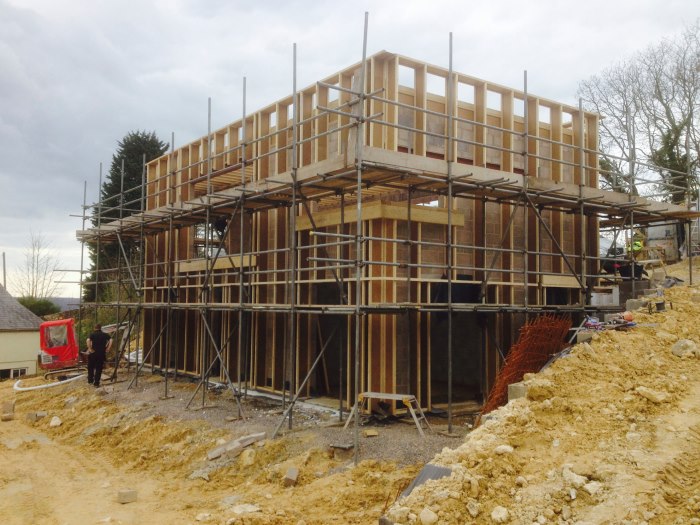 Additional groundworks had a large impact on costs

While the careful design and spending on the house fabric came in on budget, their finances were impacted by unexpected groundworks costs. They had originally allocated £5,000 for these as preliminary works had already been carried out by a previous owner.

When they came to excavating into the hill they hit huge chunks of rock which was when they discovered that it was actually an old quarry site. Removing this rock destabilised the bank and resulted in considerably more work and money to make it safe. Together with a higher than anticipated electricity connection cost, they were around £40,000 over where they had expected to be. 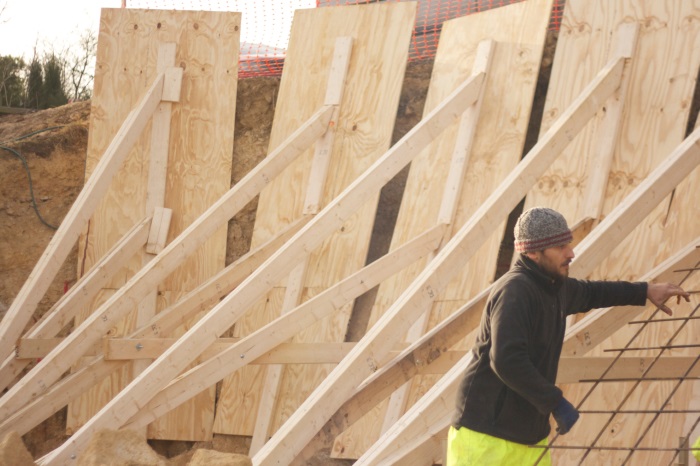 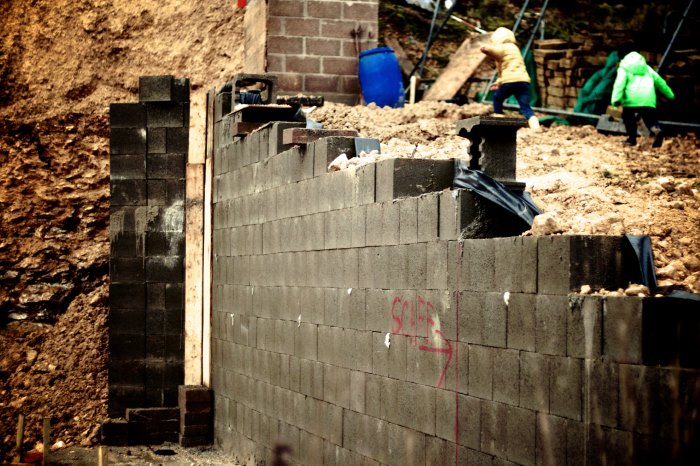 They applied for more money through the mortgage to cover these costs and had to forego plans for a car port / garage area. When it came to making savings to the house, they felt that the design and finishes were already quite simple and struggled to see where they could reduce costs. 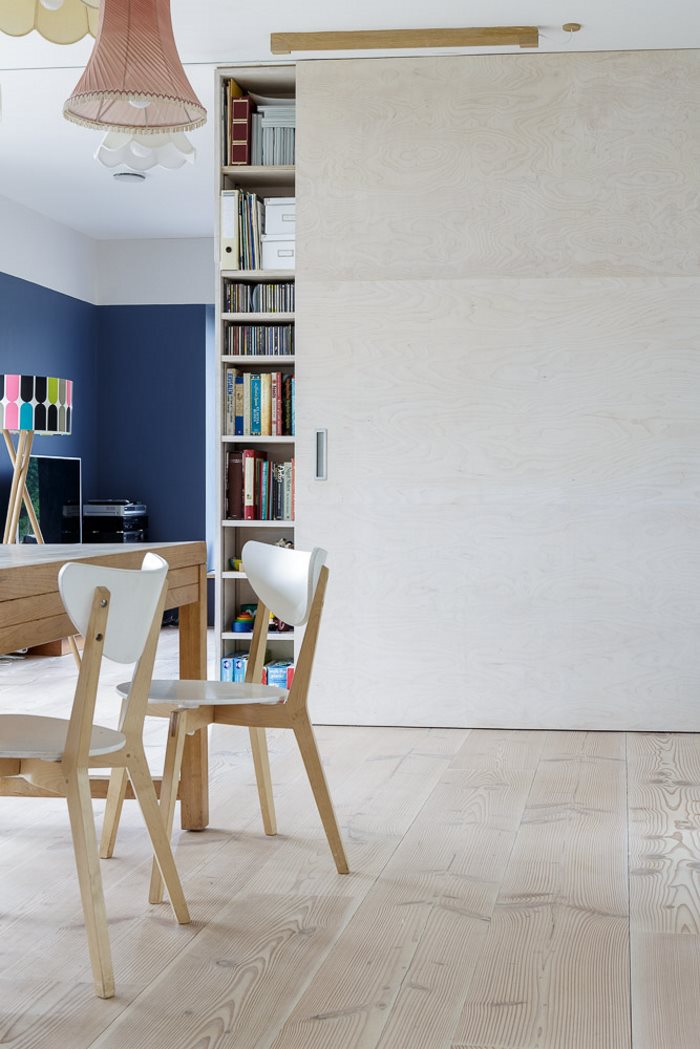 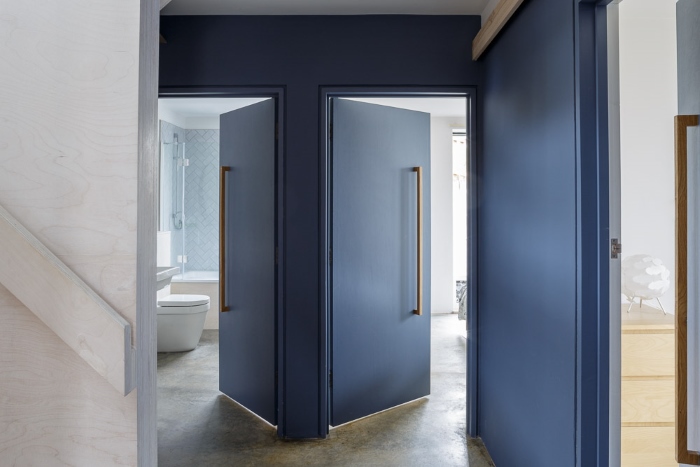 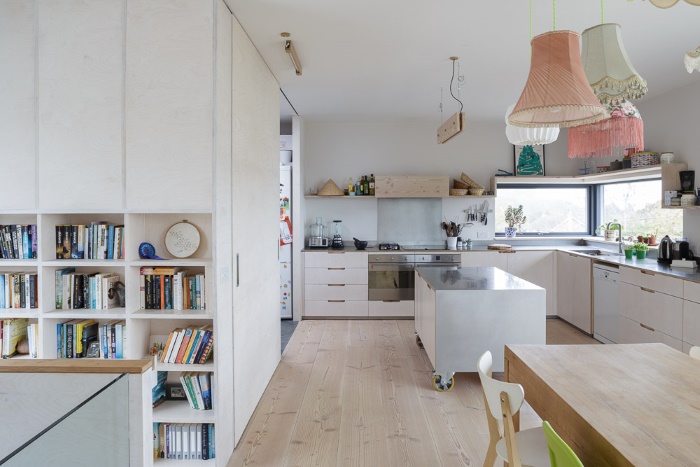 “There were so many other costs associated that it didn't make sense to change anything really in the design.”

Dimitri's philosophy was to work out what was fundamental and non-negotiable and to accept that it costs what it costs. Their builder dealt with the budget spreadsheets so was able to let Tara know how much she had available for which areas, and she did the best she could with the budget she had.

Tara advises always getting lots of quotes in order to get the best deal. She also recommends keeping on top of hours worked by the contractor and what sort of costs they've accrued, to save an unexpected, uncomfortable and expensive situation at the end when they could present their final invoice considerably higher than their estimate. 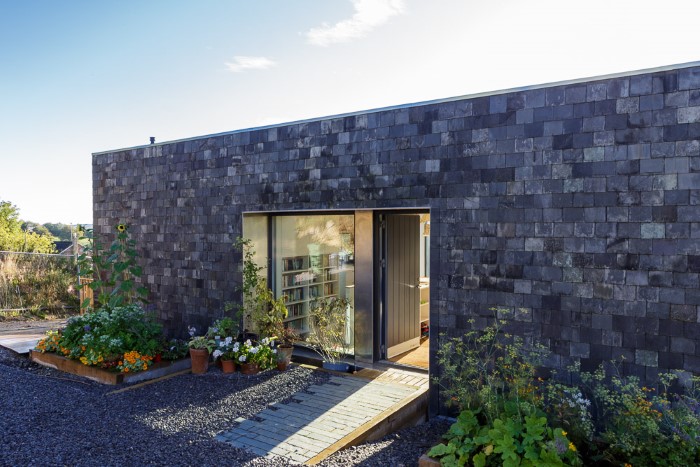 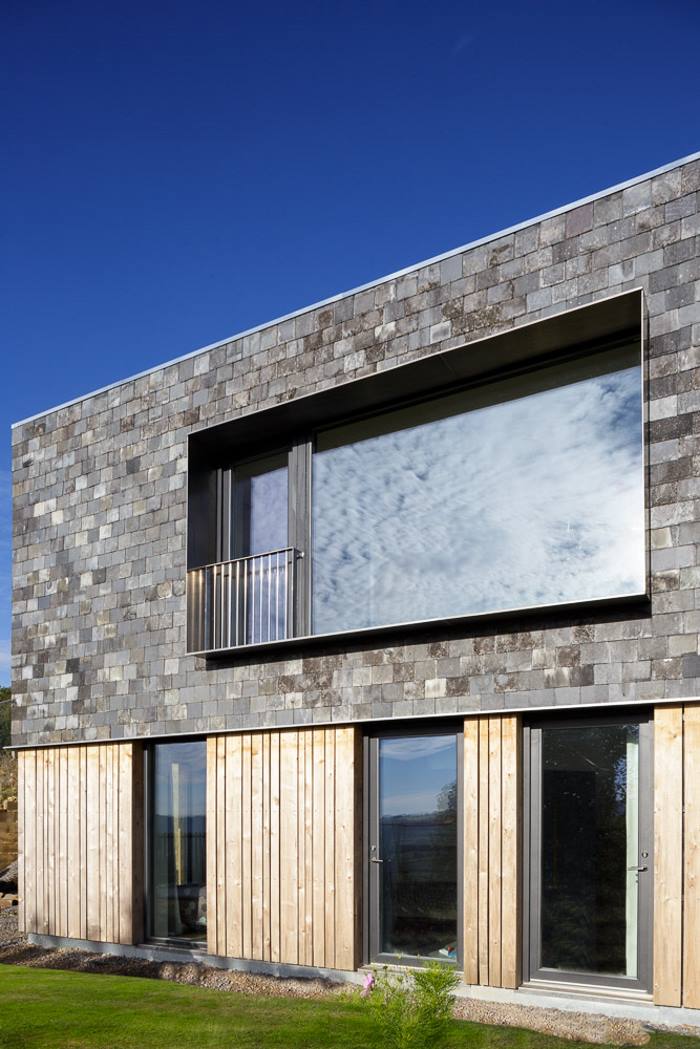 Download a transcript of the interview with Tara Murphy and Dimitri Daras.

Continuing on our podcast theme, our latest module in The Hub is all about finance. We're trying to address the core issues and look at typical ways that you might fund a project. We examine how self build mortgages work, what you should do if you have assets, and under what circumstances bridging loans might be an option.

And in a new video episode of the Long Barrow Passivhaus build, we're following the raft foundation stage: pouring the concrete and finding out why there's so much steel in the foundation.

Adam Vaughan from Tracing Green very kindly forwarded us this RIBA article – ‘Self build shows no sign of taking off‘, which starts:

“Despite years of championing by successive housing ministers, self build activity has yet to show any signs of picking up and making an impact on housing delivery.”

If you're someone that has decided that self build is not for you then please contact us as we'd love to know what happened and why. What is the barrier that is stopping you? Is it finance, finding land or something completely different?