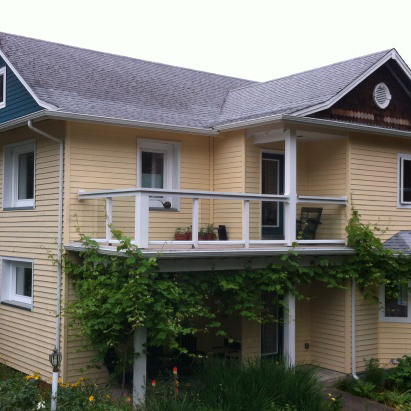 Tad Everhart, an energy adviser from Portland, Oregon, shares his story of building a house . . . which he retrofitted 10 years later after learning about Passivhaus. We find out why he was motivated to take on the challenge, how he went about it and whether all the hard work was worth it. 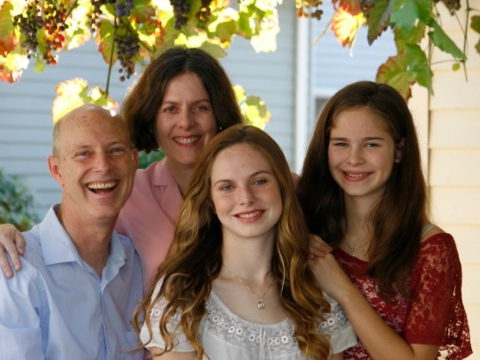 Tad has not taken a conventional construction industry route to being a Passivhaus consultant. In fact he has been a lawyer for over 28 years, with an 8 year career as a builder during that time. In 2008 he heard about Passivhaus from a friend specialising in green building, and became the first person in Oregon to take the course to become a Passivhaus consultant.

Employing Sub-Contractors for Years Didn't Mean They Did a Better Job of Building Tad's Own House!

Tad had hoped that paying the wages of his sub-contractors for years while being a builder would mean that they would pull out all the stops and deliver excellence on his own house building project, but unfortunately that was not the case. The situation even influenced his decision to leave the building trade and return to working as a lawyer. Thankfully though the house turned out to be their dream (energy efficient for its time) home. That is, until Tad learned about Passivhaus! 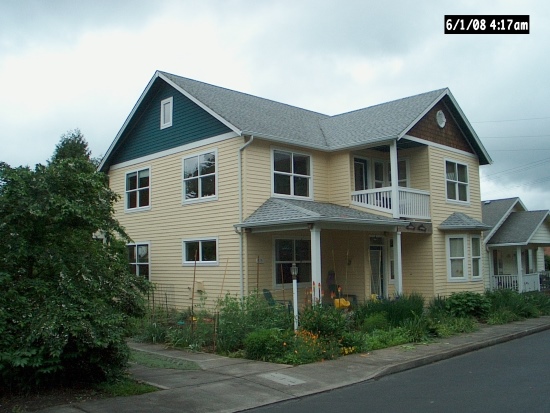 Before the retrofit work started

Full of enthusiasm following his certification as a Passivhaus consultant in January 2009, Tad was determined to find a plot to build a demonstration Passivhaus with his brother, who was the general contractor. An inability to find the ideal plot, together with the looming housing crisis, led to Tad being unwilling to invest in land that would not give them a return. Being a lawyer Tad was also conscious that doing something experimental might result in leaving themselves open to litigation. From these points it made sense to Tad to instead invest his money on retrofitting his existing house.

Having Built the House Themselves the Retrofit Process was Easier, But Also More Painful!

An aspect of most retrofits is that you don't know what you're going to find once you get below the surface, but in Tad's case as he built the house he already knew what to expect. That said, tearing things apart that he'd already created, together with doubling the years remaining on the mortgage was a painful experience. 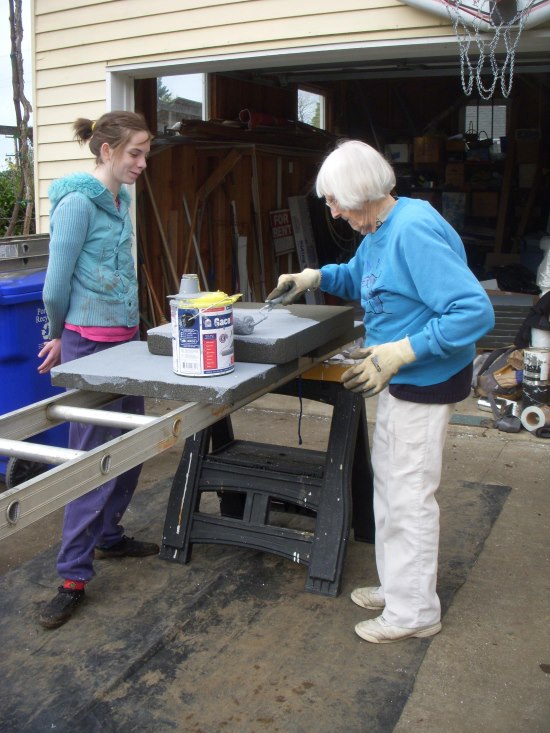 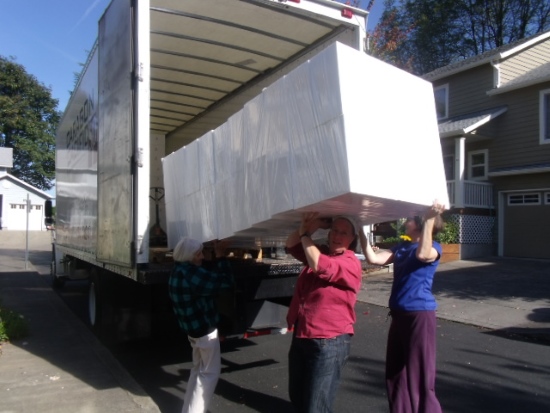 The Scope of the Project Expanded Once Works Began

The original plan to achieve Passivhaus standard was to add 10 inches of insulation to the outside of the walls, install Passivhaus quality windows and put in a heat recovery ventilator. Once they started removing the Sheetrock from the internal walls in order to re-size the windows, they discovered that the 10 year old fibreglass insulation behind was already water damaged, so ended up removing 90% of the Sheetrock from the inside walls of the house.

Within 4 months of starting work their initial $80,000 (for the first part of the project) had been spent on just the walls! 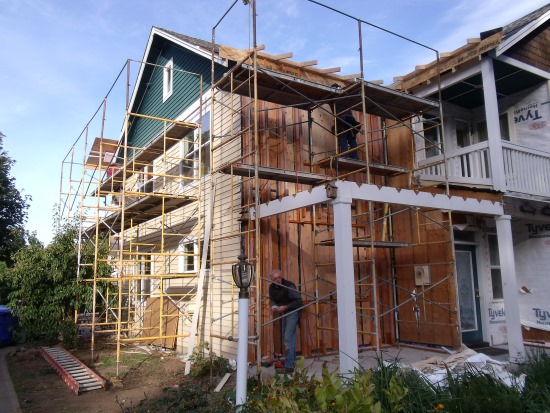 Cellulose being blown into the attic

Amazed at just how quickly the $80,000 had been spent, the Everharts managed to air-seal and insulate the attic themselves. One of the worst tasks was removing the old fibreglass insulation from the crawl space beneath the house. They then cleaned the space, caulked it to make it airtight and used Styrofoam blocks to fit between the joists, resulting in around 14 inches of insulation beneath their floor. 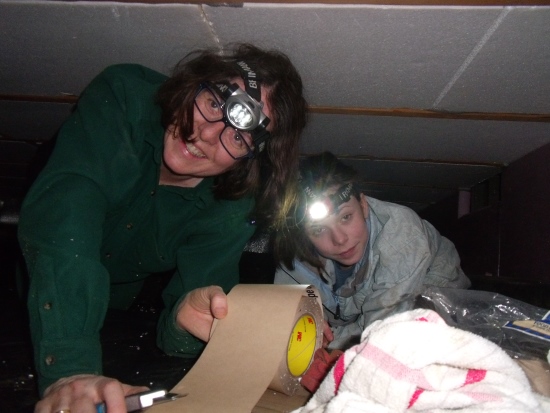 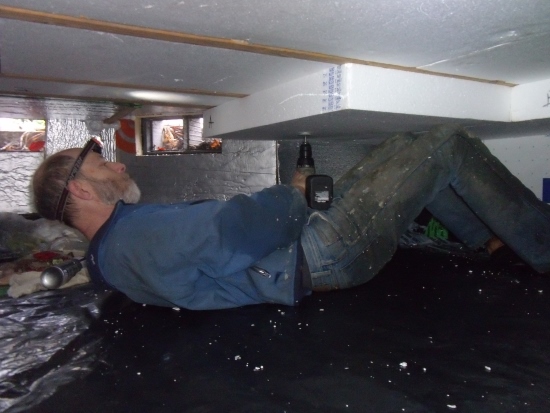 Adding insulation beneath the floor 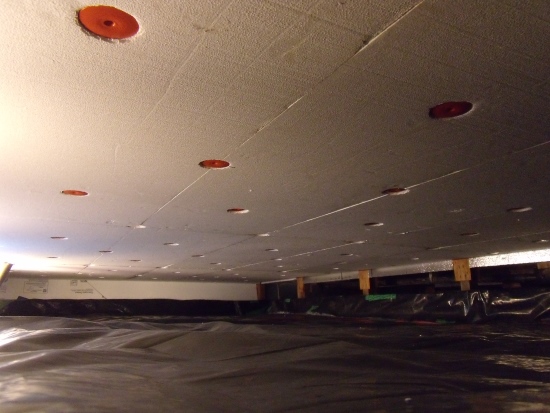 Noticing that they would have a thermal bridge right under the exterior walls, they hired college students to dig a trench around the house and fill it with Styrofoam blocks and FOAMGLAS, to create a waterproof and insulating barrier. 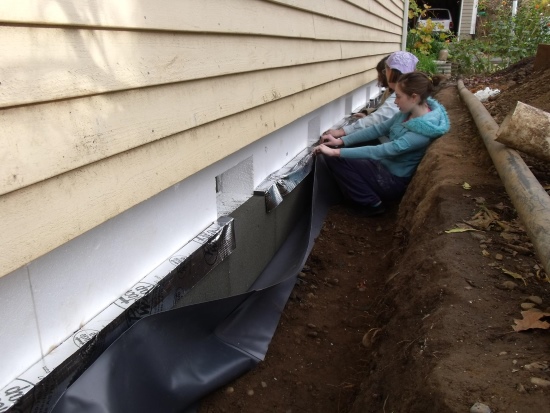 Installing insulation against the foundations

The family had managed to salvage around 60% of the original wooden siding from the exterior of the building that they were able to reapply themselves to the front of the house. 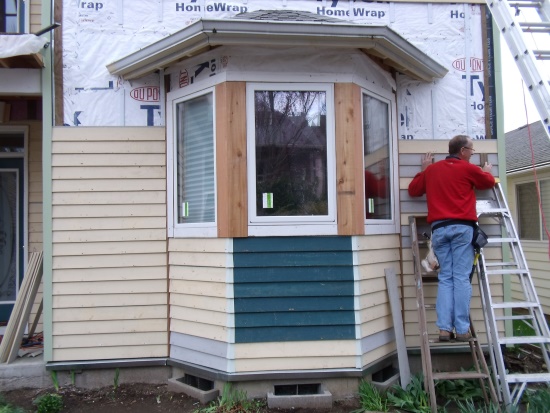 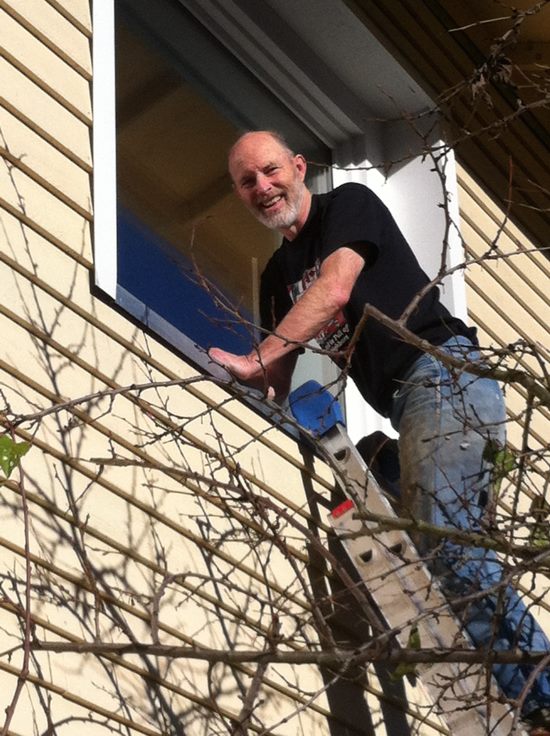 A Clothes Drying Cabinet Has Helped Reduce Their Energy Consumption

The cabinet uses the air that's already moving through the house with the ventilation system to dry the clothes. Air is pulled into the cabinet which circulates through the clothes hanging on racks. The warm, moist air goes out of the dryer to the HRV where the moisture is ejected to the outside and the heat is recovered for the house. 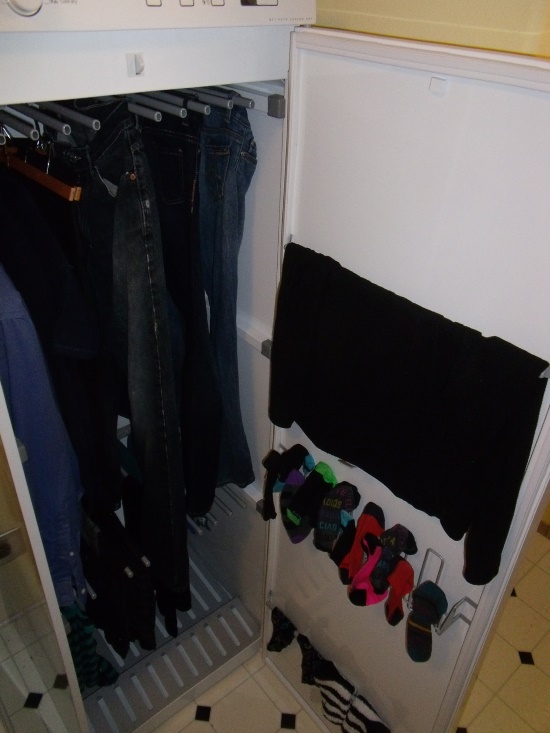 It was the Right Decision to Retrofit!

Tad is confident that they made the right decision in taking on the retrofit. He talks of his teenager daughters being proud of what they have achieved as a family, and the importance of taking control of your own impact on the planet, rather than waiting for politicians to take care of the problem. 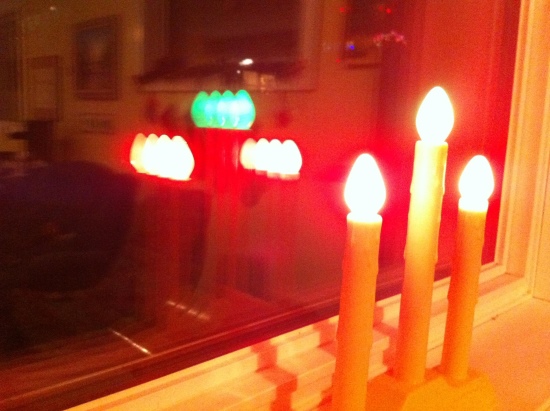 Tad is confident that they will all be able to provide something that is helpful, from his experience of his own 87 year old mother helping with the painting to his sister that could put traditional tradespeople to shame with her unquestioning and hardworking approach. Even the people that he paid always gave more of their expertise than he was paying for. He notes that the Passivhaus community has an intense realisation that they all can learn from one another, including from their mistakes. 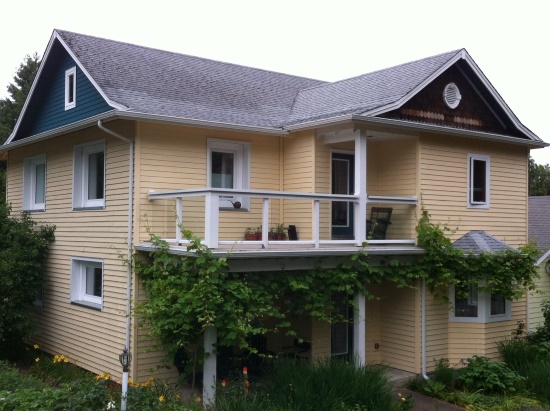 Find out more about The Everhart Passive House Project

Download a transcript of the interview with Tad Everhart.

I mentioned how I attended one of The Property Podcast meet-ups recently and got a lot out of it.

So if you're interested in investing in property then I believe this is one of the best podcasts out there. Rob and Rob are natural hosts and the information is exactly what you need to get started and/or advance.