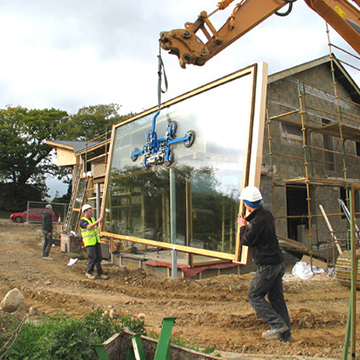 HPH091 : Why Build to Passivhaus Standard? - with Tomás O’Leary from Passive House Academy

Tomás O’Leary from the Passive House Academy explains why he became an early adopter of the Passivhaus standard and also shares why we need to take every opportunity to retrofit existing buildings, even if it is a phased approach. 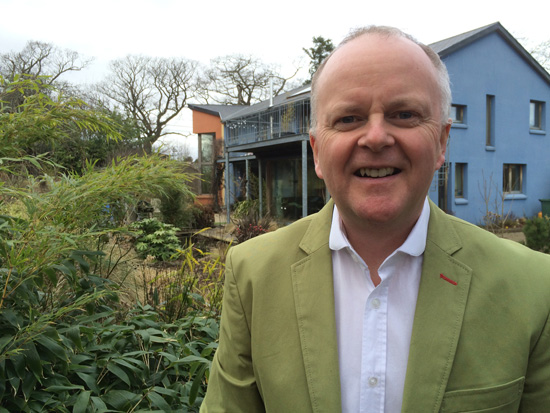 Tomás first learned about Passivhaus at a conference in Ireland. He saw a presentation by a Swedish architect who spoke of a project in Sweden where, despite temperatures of -25ºC, the resident hadn’t noticed that her heat pump had broken 4 days previously. Tomás was inspired and within 2 years had completed his own home – the first certified Passivhaus in the English speaking world.

Having a Pioneering Project Had Its Own Unique Challenges

At the time Tomás built his house the Passivhaus Institute was very much focussed on the German, Swiss and Austrian regions, so the information available in English was sparse. The house was even designed for the Munich climate as there was no climate data available for Ireland! 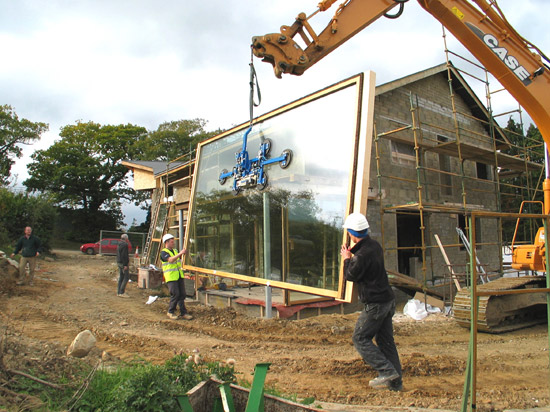 With Greater Knowledge Now, Tomás Would do a Number of Things Differently

Tomás recommends not worrying too much about the thermal mass if the building is in a fairly mild climate (like the UK). More important, he believes, is the overall design, massing, shaping, orientation and glazing. The reason for this is that in an energy efficient building such as a Passivhaus, the surfaces are already warm. However in a very hot climate the thermal mass can help to flatten out the sharp peaks and troughs of day and night temperature differentials.

The local community were curious and following a newspaper article referring to him as the man that heats his house for the price of a pint, interest peaked all over the world. In 2008 during the recession in Ireland Tomás had to reinvent his business, so set up as the Passive House Academy.

Tomás is surprised how long it’s taken for general attitudes on construction to change, but believes since 2010 there has been a bigger shift in the UK and Ireland market towards Passivhaus. With the Irish market at the time being quite small and the UK already having some excellent providers of training, Passive House Academy looked towards the US. 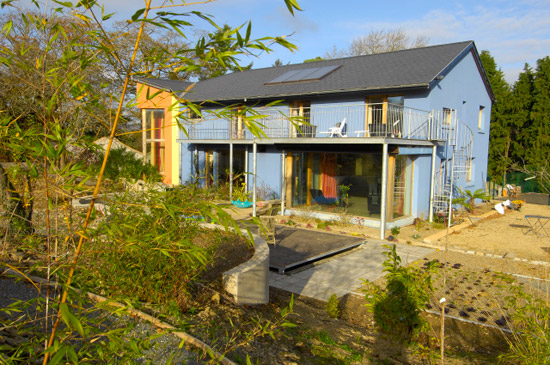 As Tomás says, the principles of Passivhaus (i.e. insulation and airtightness) are very easy, however you can’t build a house on principles – you need to know the technicalities of how to do it. Passive House Academy pride themselves on being able to deliver the training in a fun and engaging way.

Once people have had the training they often think they’d like to do their own project but might need a little help along the way, which is where Passive House Academy can provide consultancy.

As the third element of their business, Passive House Academy can offer building certification. 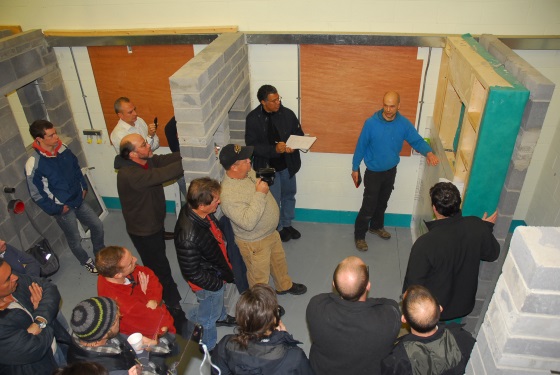 In the last 5 years, Passive House Academy have delivered around 20,000 hours of training in New York City alone. This has been partly driven by the New York Passive House group which are a very active community.

The new New York City mayor is looking to reduce carbon emissions in the city by 80% by the year 2050, and buildings are set to play a huge part in that. There is currently a draft bill which is proposing Passivhaus be brought in as standard to all of their new buildings. While Brussels has been inspiring cities worldwide, Tomás thinks that the effect of New York City adopting this policy would be seismic for Passivhaus around the world.

Other Global Passivhaus Hotspots are Emerging

As well as New York City, the US is seeing greater interest in areas such as Portland, Washington State, Maine, Vermont and Philadelphia, as well as lots of great and innovative projects across the border in Vancouver.

Passive House Academy have also been to Beijing to give training, and are due to deliver more in Melbourne later this year.

Give Yourself Time to do a Retrofit. “It’s Not a Sprint”!

The EnerPHit standard is for retrofits, and while it is less challenging in terms of metrics, it is still as physically challenging as Passivhaus.

Tomás recommends doing a retrofit piece by piece if all the funds are not available initially. He gives the example of replacing single glazed windows with double glazed, which he equates to condemning the building to suffer low efficiency, until such times as someone else comes along and improves them. Far better he suggests, is to try and use a greater initial investment which, although you will pay more upfront, will more than pay for itself with greater savings over the longer term.

If you have a small budget for a retrofit, Tomás recommends not trying to stretch its use for the whole house, but to concentrate it on one area, spend it well and continue with the project when other funds become available. 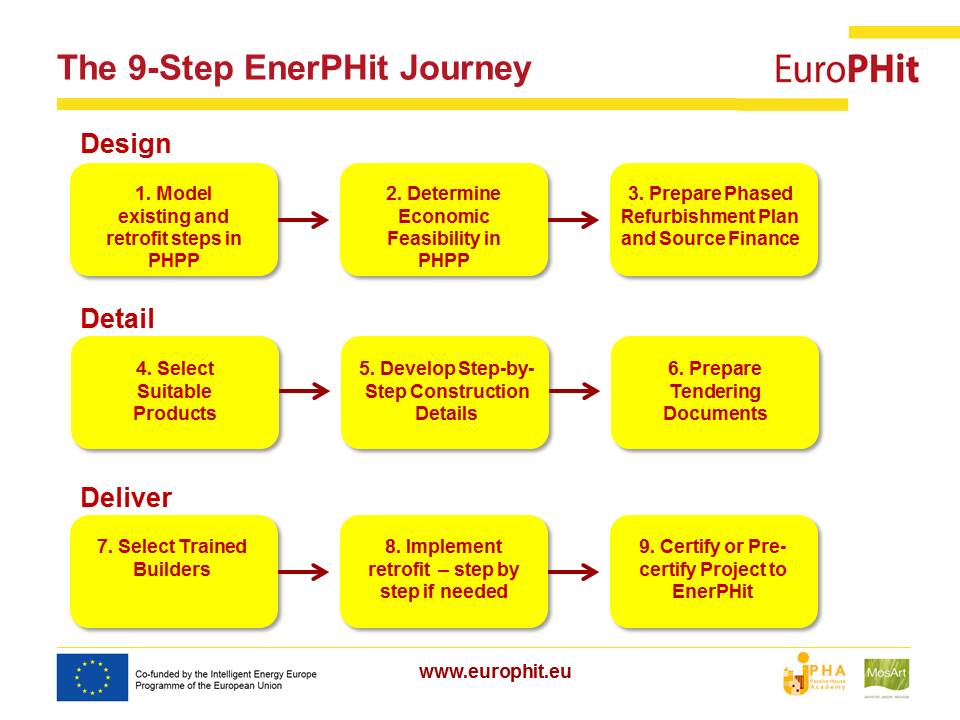 The Passive House Academy Recommended Stages for Any Retrofit

Cath Hassell from ech2o consultants has been on the podcast twice before, sharing her experience on saving water and how to approach rainwater harvesting.

Now she is crowdfunding a picture book to help children learn about water. 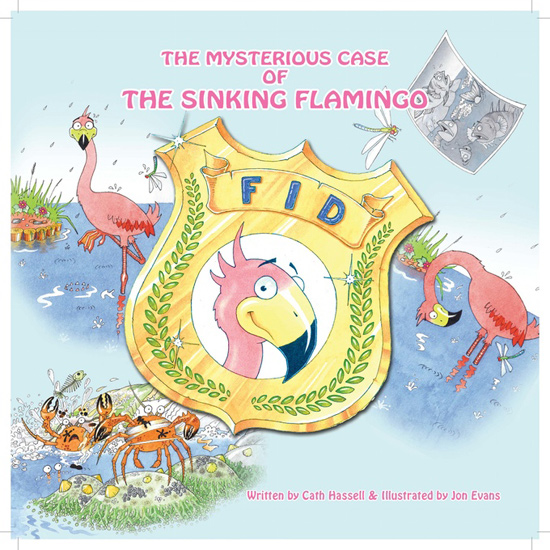 Please help her reach her funding goal by backing her project.

Download a transcript of the interview with Tomás O’Leary.