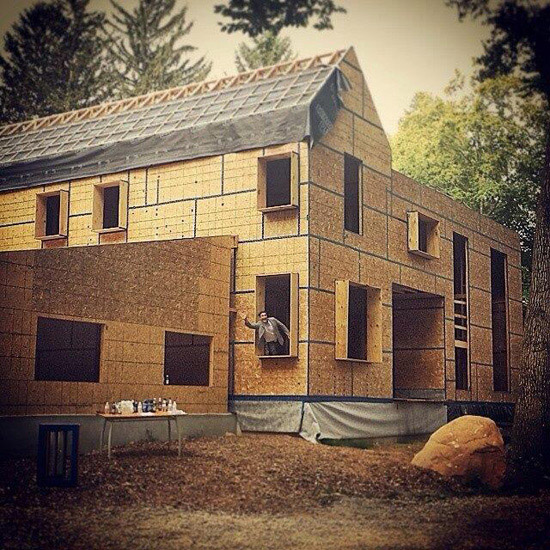 HPH090 : Should Your Architect, Builder and Tradespeople Have Certified Passivhaus Training? - with Darren Macri from Bleu Nest

Darren Macri from Bleu Nest is a certified Passivhaus builder and consultant, and he explains what this means and how putting together a team who have had training is likely to benefit your low energy build.

He also has insights into his own house build which is nearing completion.

Darren gave up his film and photography career and jumped in at the deep end to help on a project for his developer father who had parted company with his builder. He soon had a love for construction but felt he should be doing it in a way that embraced the dramatic change of approach that he thought was needed. After becoming LEED certified he discovered Passivhaus at a conference in 2009 and was hooked!

Darren had the passion and commitment for sustainable building early on, but recognises it can be hard for traditional builders to invest the time, finance and risk to re-educate themselves to building in a more sustainable way.

Without the full commitment of everyone involved on the project it can make the job much harder. Darren gives the example of a homeowner who insisted on using an architect known to them, rather than finding one specialising in Passivhaus. Despite efforts to guide the architect, they are now having to look for one with Passivhaus training.

Have as Many Passivhaus Certified People in Your Team as Possible

It is far easier to find Passivhaus certified architects than it is Passivhaus certified builders. The more recent tradesperson standard doesn't go into the same depth as consultancy training, however is a useful way of introducing the ideas and getting the level of required commitment. 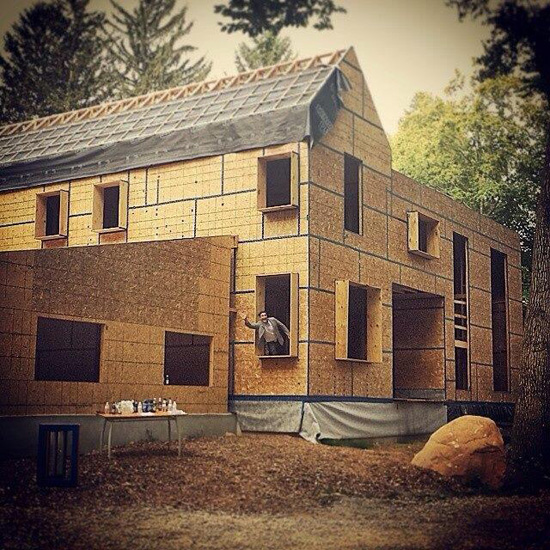 Darren is building himself a house too!

The Importance of the Air Barrier Can’t be Overstated

Darren even has one team member on site whose job it is to be fully committed to the air barrier, to ensure that every day, everything that is done is thought about in terms of how it is affected.

This is where it is so crucial that all the tradespeople on the job are working together, and it is this extra time to coordinate that Darren explains can result in a small “Passivhaus premium in cost”. As more tradespeople get used to working this way however this cost will diminish. 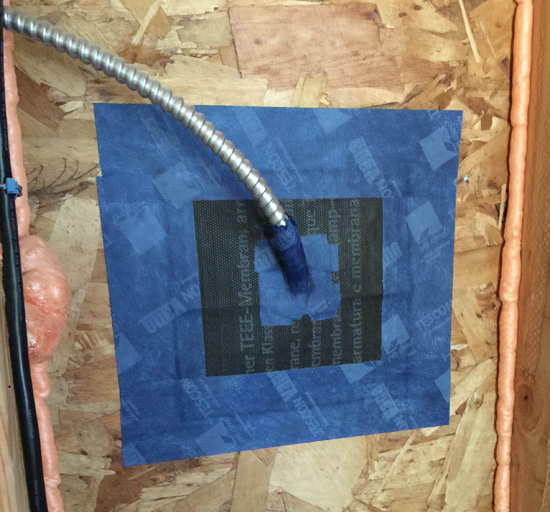 Once the teams understand and appreciate how things are being done for the comfort of the homeowner, they get excited about the project. Darren sees his employees take pride in their work and feel a sense of ownership which results in totally different levels of workmanship.

“A Passivhaus Doesn’t Have to be a Cold, Sterile Box”!

Some clients like the idea of a Passivhaus home but think it’s not for them. In response, Darren creates them a “high performance home” – basically the same house but using a different name!

He emphasises that Passivhaus is about comfort – thermal comfort and the comfort that comes with loving the space that you’re in. The house is designed to be a space in which the occupants want to live. 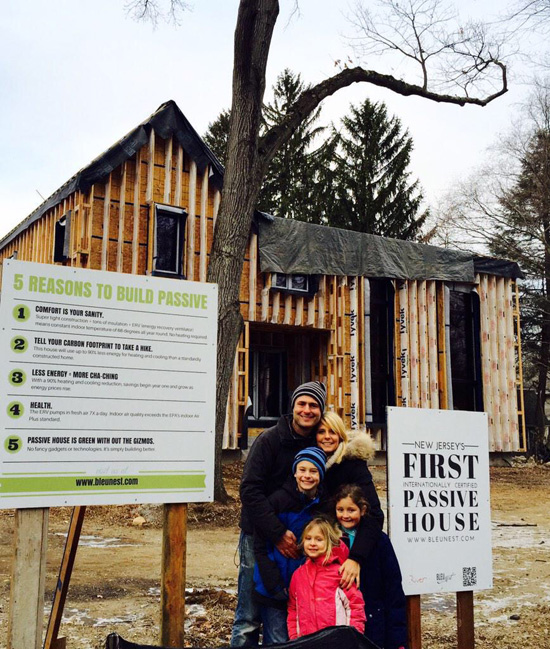 Bring Your Construction Team in on the Design Early

By having everybody involved and working together from the outset it limits the number of changes required later. It’s then designed exactly the way the client wants and built exactly the way it was designed, thereby reducing the risk of cost overruns in the project.

You do have to be careful about heat gains in the kitchen, particularly with gas hobs which don’t just put heat into the pans, but send it out into the kitchen. Darren suggests that as most Passivhaus homes don’t need any gas, with the cost of the gas connection fee in the US it doesn’t make financial sense to have a gas cooker.

In the kitchen, the ERV is kept approximately 10ft away from the cooker so that it removes the smells and smoke and recaptures the heat energy. The recirculation hood captures the particulate. A boost can even be put on the ERV for times when cooking will be particularly smoky.

A building should always be designed to respond to the site, so even if the views are to the north, there are ways of designing it to compensate for the extra glazing on that elevation. For example, glazing to the east and west can be reduced (while keeping the required 20% on the south side) and extra insulation used in the walls and roof. PHPP shows what is needed against the changes being made. As Darren says, “it’s not about trying to fit you into a Passivhaus, it’s about fitting Passivhaus into your lifestyle.”

If You’re in Doubt About Whether to Save an Existing House on Your Site, Knock it Down!

In many cases if there’s already a home on the site it may well be worth saving. One of Darren’s lessons learned is that serious consideration should be given though to what is worth saving and whether it is less problematic in the long term to knock it down completely and start from scratch. He gives the example of his own build where the new building is larger than the existing basement, resulting in an awkward air barrier detail.

A further lesson learned is that installation of many of the mechanical systems was actually very simple and could be done in-house by their team, helping to keep their costs down and run to schedule.

Download a transcript of the interview with Darren Macri.