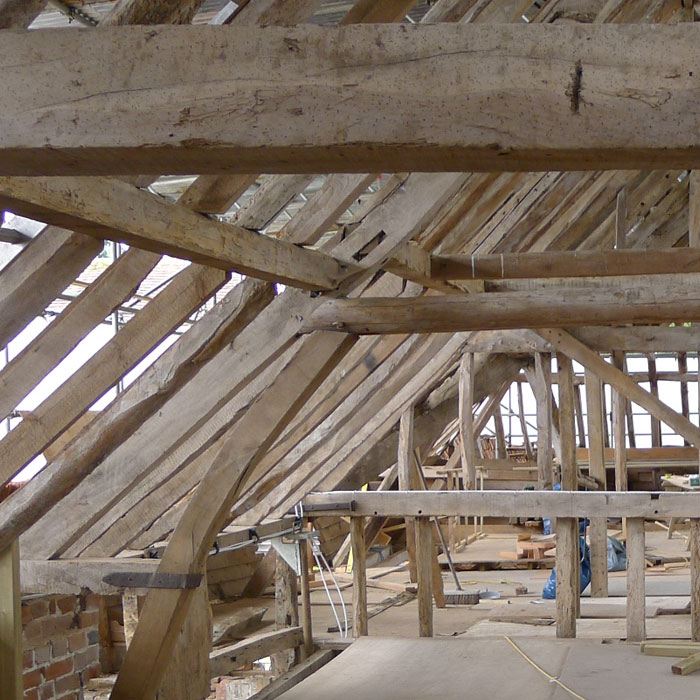 Richard Oxley from Oxley Conservation explains why understanding an old house is such a vital first step to take before upgrading its performance. 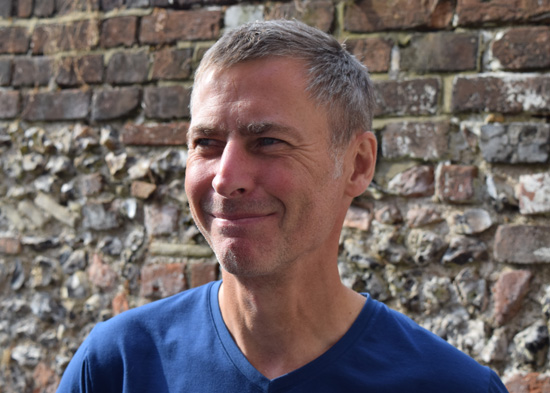 Richard Oxley began his professional life as a chartered surveyor. He then developed his interest in old buildings by studying for a RICS Diploma in Building Conservation and after gaining experience with a local historic building contractor, in 1997 he established Oxley Conservation.

For the sake of energy efficiency this could mean, for example, secondary glazing or insulating the roof space, walls or underfloors.

“Historic” and “Traditional” Properties are Not the Same

The term “historic” relates to how a building is protected, with greater cultural importance being placed on buildings that are historic rather than just traditional. 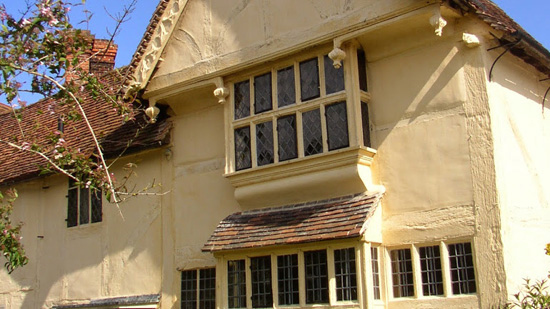 An example of an historic building

A Number of Areas of Performance are Considered

These include looking at how the building copes with weather, climate, orientation, how the building is used, how much water vapour is produced, and identifying which areas are most at risk and under pressure.

Without understanding the building it will not be possible to know how to respond to it. By learning about its performance and what may have significance culturally or otherwise, an informed plan can be made about how best to progress. 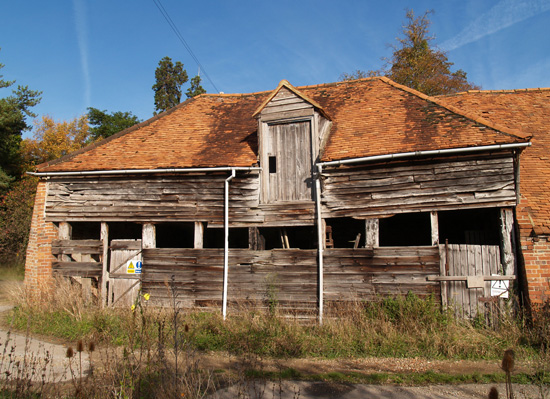 Richard believes that while people can have a pre-conceived idea of how they want the building to be, it is vital that to make sure that you understand the building and identify what works are required to put the building into good repair first, such as good rainwater management and a good roof.

He thinks this process of learning and understanding can take a couple of years, before we can then know that the alterations will be compatible and beneficial to the building and not just fulfilling the pre-conceived idea.

A lot of Richard’s work involves undoing previous works that people have carried out that had the unintentional consequence of damaging the building. This is particularly the case where modern materials have been used in past repairs and which can cause long term damage and affect its intended performance. An example is that many modern insulation materials have impervious barriers which conflict with an older building’s need for moisture to be able to move in and out. This in turn changes how the building performs and can conceal problems of damp, mould and decay. 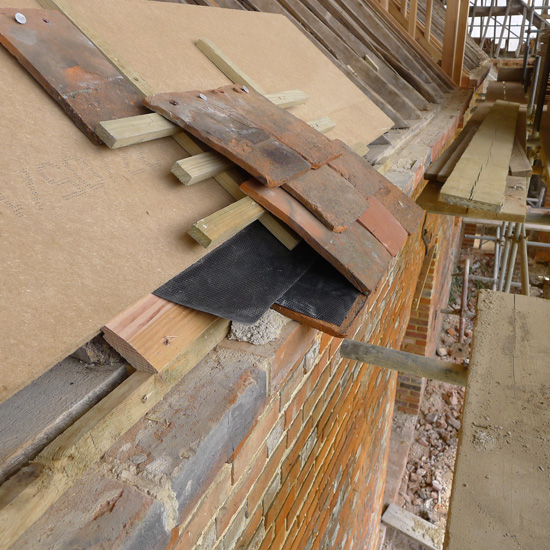 The detailing of the upgraded roof at Woolley Firs

Opportunities Should be Seized to Improve Performance Without Having to Compromise

Using diagnostic tools, such as air pressure tests, can help in determining problem areas. Richard believes that if the chance is there then the opportunity should be taken, for example, to improve thermal performance at a time when a roof is being stripped or an extension being built. These are therefore far more effective improvements, rather than if it had been attempted with the roof still on which will usually have to be a compromise. 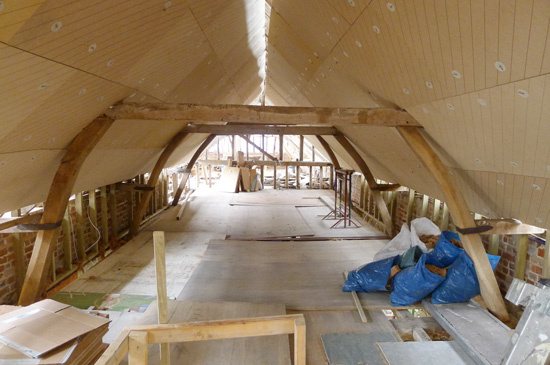 The wood fibre board insulation at Woolley Firs

Research Will Help Our Understanding of Buildings

If an improvement is going to be made, it should be an effective improvement that is beneficial to the user and has real gains in terms of energy loss and reduction. Woolley Firs was an example of a building that had research carried out on how the different elevations were subject to warming, cooling and the elements. The results highlighted how the aspects performed differently.

Using research and learning from mistakes will give a better scientific understanding to ensure that more informed decisions are made, and that improvements are better, more effective and do what is intended of them. 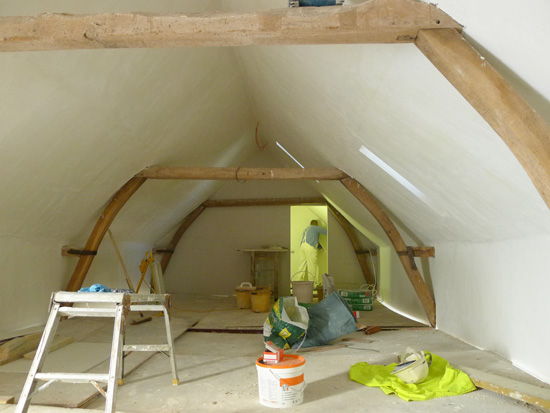 The interior is rendered with a lime plaster at Woolley Firs

A Holistic View is Required to Understand How to Improve Performance

Many questions need to be asked, such as: how was it constructed, is it in good condition, does anything need to be done, are there characteristics you want to maintain in future, what am I asking it to do, how has it been used, how is it being used and how is intended to be used? etc. The answers to these will help to identify where the problems are and dictate the improvements that are expected or the standard that is trying to be achieved.

Richard notes however that it’s important to be wary of imposing modern, arbitrary standards on older buildings which can lead to conflict.

Diagnostic Tools Will Identify Where to Concentrate Resources

Richard gives an example of a National Trust property where use of air pressure testing found that 30% of heat loss was through the roof. Whilst there was some energy loss through other areas they were able to make the biggest impact by concentrating resources on repairing, insulating and re-cladding the roof, to maximise the performance of the building. 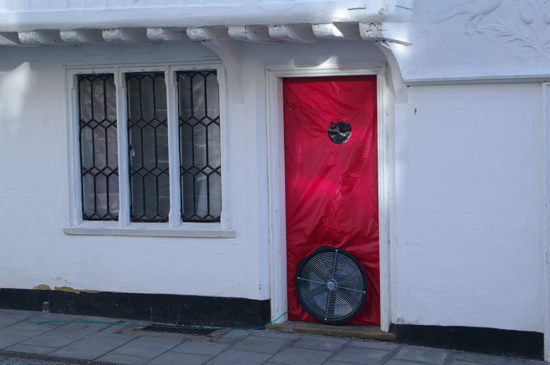 Get to Know Your Building Before Making Big Alterations!

Richard emphasises how fundamental it is to understand your building first: how it was constructed, the materials that were used, are there conflicts in the performance, what works are required to get it to a good state in the first instance, how you intend to use the building, etc. This will ensure that resources are directed correctly and most effectively. 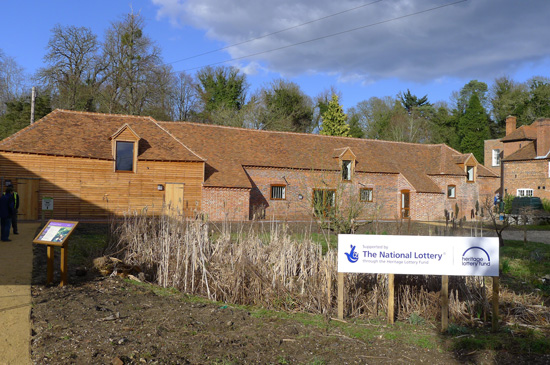 The completed retrofit of Woolley Firs

Download a transcript of the interview with Richard Oxley.