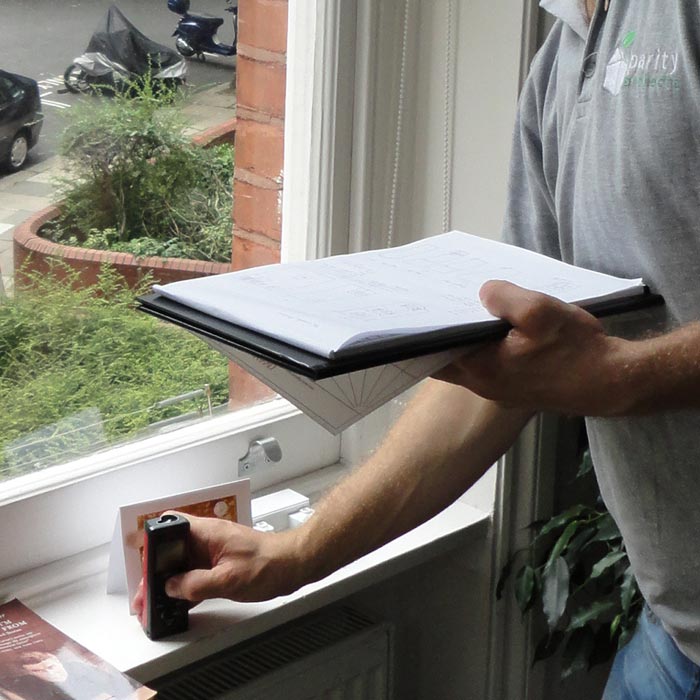 HPH060 : What to Expect from a Detailed Energy Assessment - with Graham Hunter from Parity Projects

Graham Hunter from Parity Projects conducts an energy assessment of a country house. He talks through the process as he goes about it and explains how the collected data will be used.

An Energy Assessment from Parity Projects

It's a slightly different podcast this week because there's no guest as such. Instead we follow Graham Hunter from Parity Projects as he conducts an energy assessment of Ben's family home. Plus Ben's Dad is a special guest in this episode, too!

A Short History of the Family Home

The house was originally a farm worker's cottage (two up, two down). When it was bought in 1966 someone had already added a third bedroom at the back. 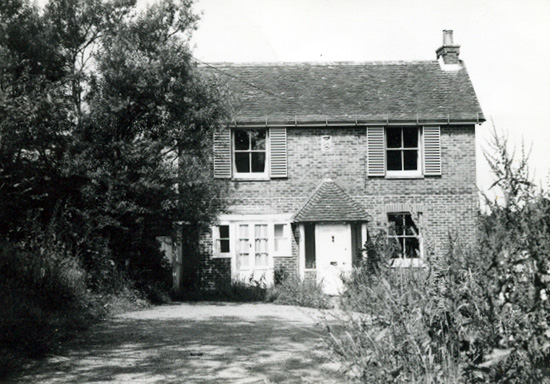 As the family expanded, in 1976 the house was extended within the existing curtilage, adding a couple of bedrooms upstairs and changing the downstairs layout considerably.

Although this was around the time of the 1970s energy crisis there was little information on how to make homes energy efficient (beyond adding a bit of insulation). 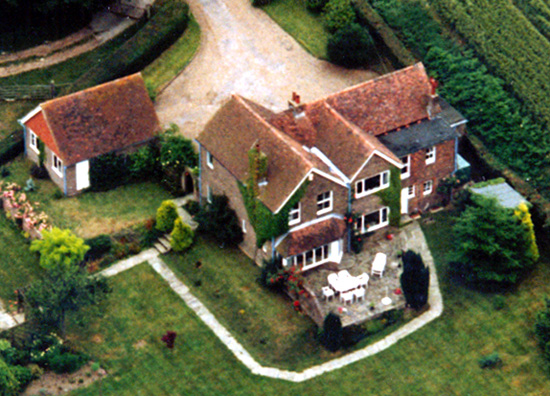 In 1996 the house was finally extended to the south, creating a new kitchen as well as a master bedroom.

The new walls had good amounts of insulation, but airtightness was not even a consideration.

A whole house ventilation system was added at this point, but more for comfort and sound-proofing than energy efficiency. 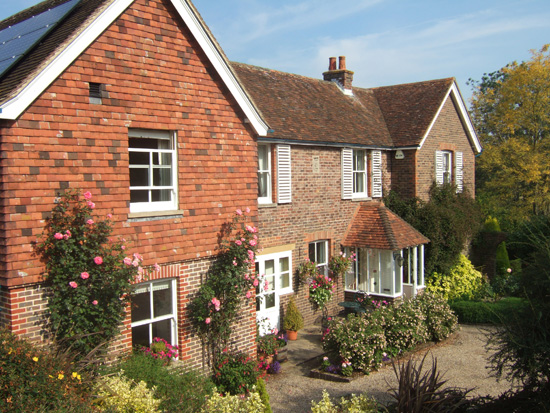 The first thing to understand about energy assessments is that they are all different. Sarah Lonsdale recommended Parity Projects because she had first hand experience and she could see they collected a lot of data to try and create an accurate picture of what's going on.

Graham explains that they can model things like hot water use, depending on how many baths and showers you might be taking each week, etc.

Using Energy Bills Helps Increase the Accuracy of the Modelling

Before they recommend any measures (such as upgrading the heating system or adding insulation, etc.) they calibrate the best case scenario of how the house is using energy against the utility bills. This means that the savings they are modelling are realistic. 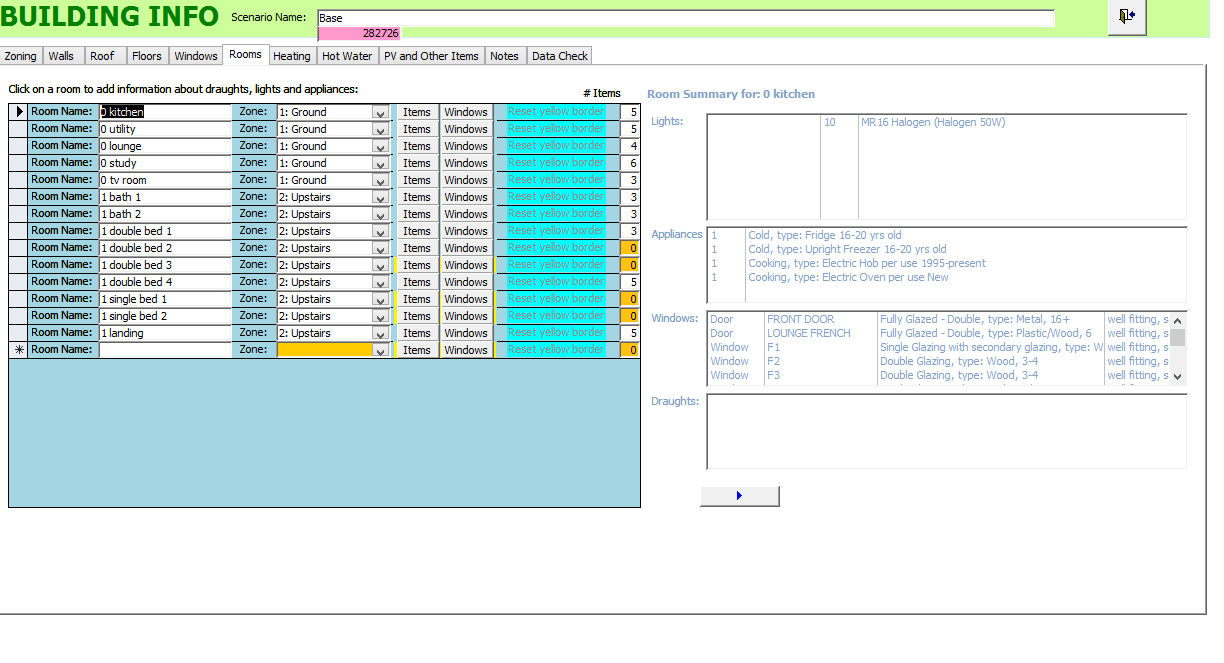 An example of the data that is collected

Initially there is a question and answer session with the client of between 10 – 15 minutes. This helps gather information about the house and how it's run. 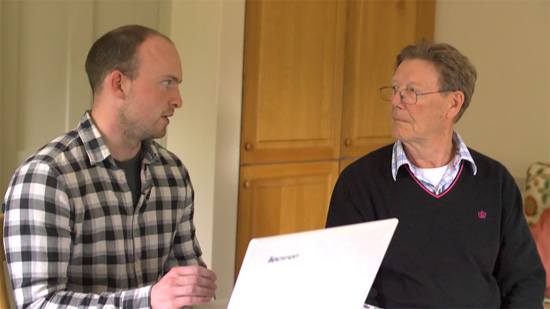 This is an opportunity for the client to point out any issues, such as draught points or areas that suffer from condensation, etc.

This is the bulk of the work and involves lots of measurements!

Graham started by making a sketch of the elevations from the outside and then he drew a floor plan of the inside.

With his laser measure he recorded wall dimensions, ceiling heights as well as the types of windows and their sizes etc.

He also checked out the loft, took a look at the boiler and took notes on light fittings and other appliances. 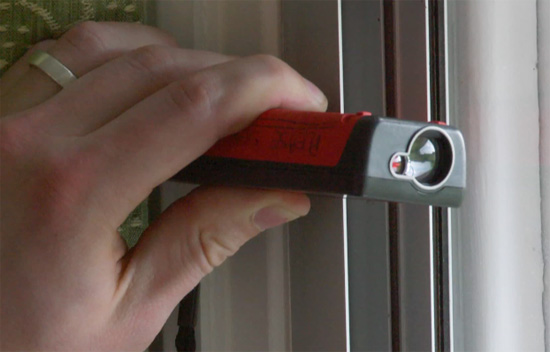 A laser measure saves time when getting dimensions

The next step is the modelling which is done back in Parity Projects' offices! We will cover this in a future podcast.

After 10 working days the client will receive a hard copy of the report and have the opportunity to chat through the findings during a 30-minute phone consultation.

In the report that the clients get there are various options that are presented from the ‘no brainers' that will pay back within five years to other measures that may be take longer but be worth considering.

While reports can be based on CO2 savings, for most people cost is the driver.

That's why this is all about the detail. Being thorough is very important.

Download the transcript of the interview with Graham Hunter.

[Chris Parsons was also a guest on one of our recent podcasts.]

All videos were produced by Regen Media, which specialises in helping green builders promote themselves using content marketing.

Check out the complete shortlist of projects that entered the UK Passivhaus Awards 2014.