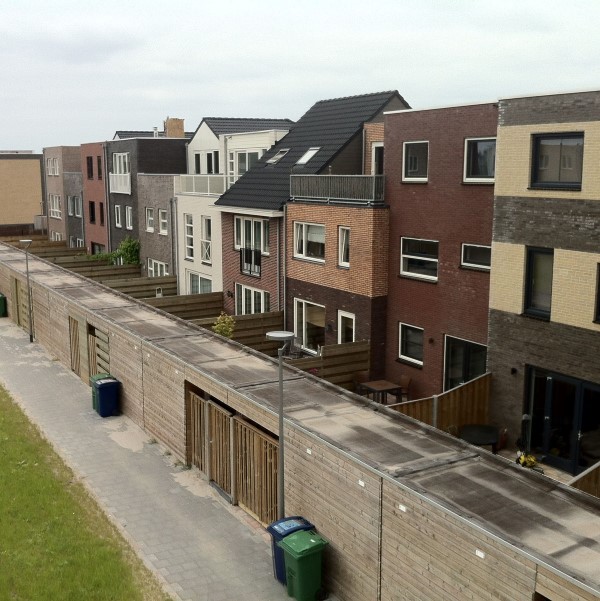 David Rudlin from Urbed explains what collective custom build is and why it would be beneficial to build more houses this way. 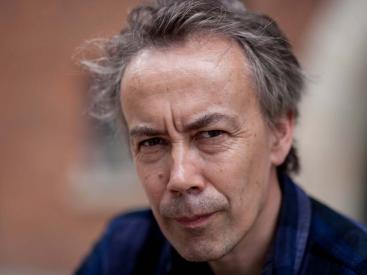 David Rudlin has been an urban planner for the last 25 years. Starting work on his own housing cooperative in the mid 1980s was a pivotal project and ever since he's been driven by how communities can be empowered to get involved in their own housing and neighbourhoods.

What is Collective Custom Build?

To understand collective custom build let's first define a couple of other terms. Self build is when you buy a plot, engage an architect (or create a design it yourself) and then you build it yourself with your own materials.

Custom build is the process by which people can choose their own home before it's built. So you find a plot, choose a manufacturer to create your house, buy one of those houses and they build it for you on the plot.

Collective custom build, is a hybrid of the two, where a group of people come together and they buy a plot of land. They either get houses manufactured or more often they engage an architect and they create a design collectively for the site which they then jointly fund, jointly build, and it's created for them.

Collective custom build is most commonly a group of flats or apartments rather than individual houses.

Working as a Group Helps Build the Community

David talks through how he started the Yellow Bricks housing cooperative and acquired an acre of land in the middle of Hulme, Manchester, for the plot. It was a lengthy process, which started in 1986 and was completed in 1996.

One of the benefits of doing custom build as a group is that you make very good friends so by the time you move in it's almost an instant community.

Custom Build Gives You Choice in the Design of Your House

Normally you have to be quite rich to be able to design your own house, but going down this route allows you to create something that suits your needs.

Land can be very expensive. David gives an example of how it's twice as expensive in the UK as it would be in Holland to buy the same piece of land.

There's also a big difference between land that is for agricultural purposes, which may cost a few thousand pounds per acre, and land that has consent to build houses which may go up to £1 million an acre. Therefore you can generate value by getting consent for houses and instead of running off with the profits you can channel it into creating a better neighbourhood. 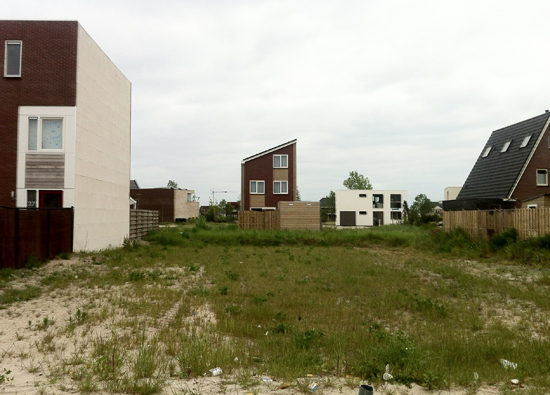 Decide How You Want to Live

There needs to be some agreement on issues such as where you want your kids to play, how you want them to grow up and relate to other people, etc.

In the Yellow Bricks housing cooperative a lot of focus went into the middle garden courtyard.

David says: “It now opened almost 20 years ago so there are kids who are now young adults who spent their childhood playing in this courtyard and you talk to these people and they say their childhood was different because of it.”

Cohousing is another route to explore if you're looking for a strong community.

Often with these projects you own a share in the company that owns the building. So you would have the equivalent value of your apartment but it would be tied to the overall value of the building.

Finding the Right Developer Could Accelerate the Process

David's experience of collective custom build took 10 years because they did everything themselves. Although it was enjoyable it was also exhausting and David suggests that finding a developer that is keen to promote custom build could cut out a lot of the complication. This is because the developer will already have sites allocated for this and be looking for groups of people to come together to take things forward.

Igloo is an example of a company that is doing this in the UK. 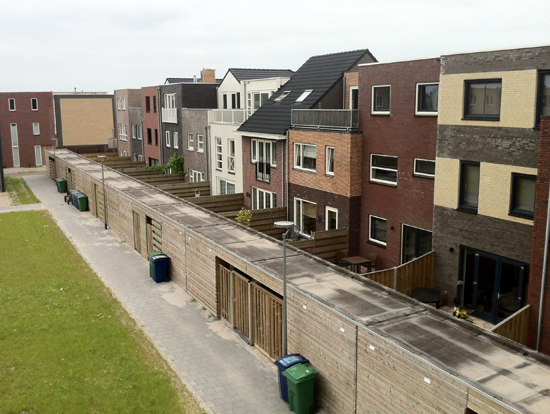 Almere is a Good Example of How Custom Build Can Work

David talks about a significant development in Holland (which we have also mentioned in episode 6 and episode 37).

The process of building a house is made much easier. You visit the plot shop to choose a site from a big map on the wall.

Then there is a book full of house types and a list of 10 or so manufacturers who can produce these houses. You then customise the build to your needs (saying: “I'd like three bedrooms, very high energy efficiency, I'd like it to have a green roof . . .”) and sign a deal.

The group custom build process is very similar. David continues: “What tends to happen is most group custom build people end up not being able to make the model fit their needs. So they end up either customising it so much that you'd hardly recognise it from the original version or they'd get in an architect to design it from scratch.” 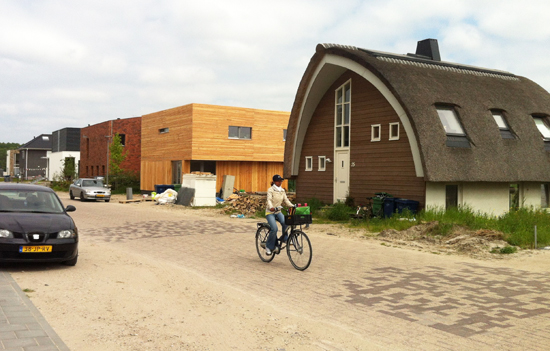 The Biggest Challenge of Collective Custom Build is the Finances

Getting a mortgage together is always a challenge even if you're just buying a house yourself.

So when you are talking about a group of people there is increased complication. Getting the deposits together can be hard work but then there is also the chance that one of the members might lose a job and not have the necessary funds.

Having a plan for these scenarios upfront will make it easier to deal with these situations when they arise.

Whereas custom build can account for over 50% of the market in countries like Switzerland, in the UK only 10% of houses are not built by developers.

Also the 90% of UK housing that is built by developers is also a product of just 10 major house-builders and they offer little in the way of innovation.

So custom build is likely to lead to a better quality of housing that is also more diverse.

Energy Efficiency is Still a Trade-Off

When asked whether custom build will lead to more sustainable housing, David replies that this is still unknown! It depends on people initiating the process. They can create an energy-efficient house or they can put that money into a kitchen or towards living in a slightly better area. So they are very real trade-offs.

David says: “We're hoping to get some research to work with Sheffield University to follow this through, to find out what people do actually choose, to see whether they choose the green option or whether they go for the larger space standard and so on, and to talk to the custom builders who sign up for that and understand what their motivations are and what drives them.”

Download a transcript of the interview with David Rudlin.

Crowdfunding a Documentary on Airtightness

Hurrah! Our Kickstarter campaign has been approved and that means we will now launch on 1st May.

We really hope you will be able to support us. Find out more information about the project.