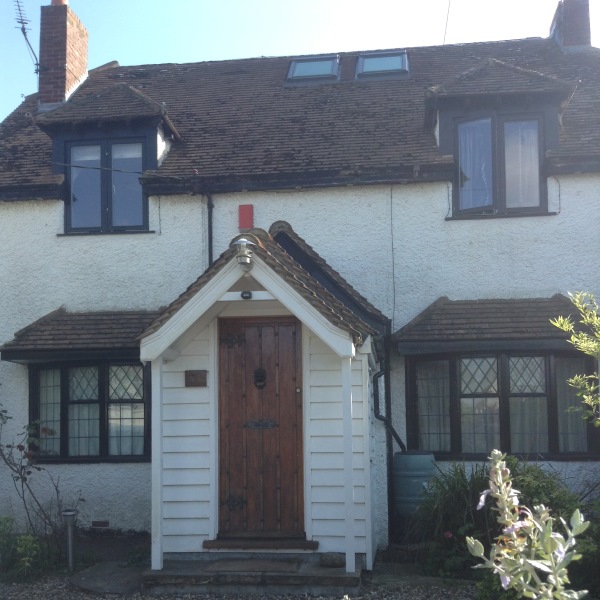 HPH048 : Making Incremental Improvements to Your House - with Sarah Lonsdale

Sarah Lonsdale, an eco columnist for The Telegraph, shares a list of 30 home improvements she has made to reduce energy bills, and save energy and water. Ultimately Sarah would like to build a new home (such as a Huf Haus or Passivhaus) but in the meantime she explains the benefits of incremental upgrades. 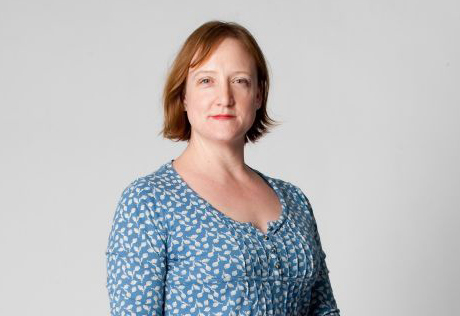 Sarah Lonsdale has been a journalist ever since she graduated from university. Initially a news reporter, when Sarah started a family she decided to write features on a freelance basis.

Over time these have come to focus more and more on environmental issues, and she now has a very popular column on ‘eco living' which is published every week in the Sunday Telegraph.

Homeowners Lack the Confidence to Make Their Houses Energy Efficient

Sarah gets a lot of emails in response to her column and she says that there is a real interest in energy efficiency, particularly when it saves money.

However, she believes that people are lack good information and are very apprehensive when it comes tinkering with the fabric of their homes.

Sarah's Perception of a ‘Good House' has Changed Over Time

Sarah lives in a house that was built in the 1920s (pictured below).

Sarah says: “At first I thought I loved it, lovely character, original fireplaces, original character but actually having visited beautiful eco homes for the last five to ten years I’m really jealous and I would love to live in an airtight Passivhaus.” 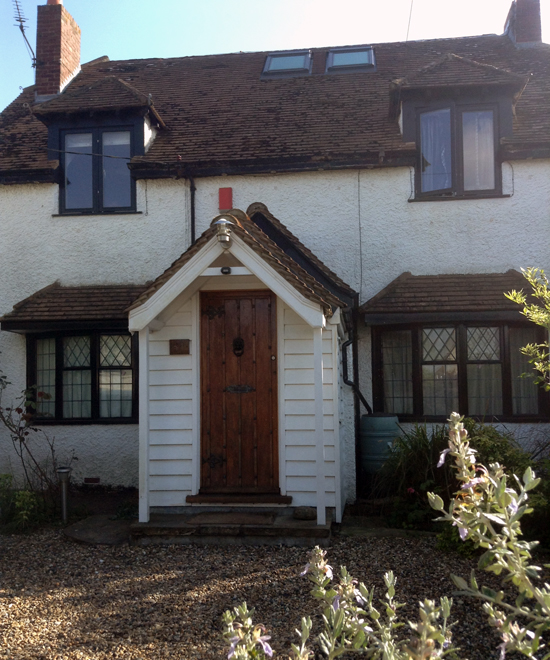 This podcast is slightly different to normal because Sarah leads us through some of the alterations, both big and small, that she has made to her house.

A lot of these improvements have been targeted after she got an energy assessment from Parity Projects.

This list of Sarah's home improvements is in no particular order.

Filling the cavity was one of the first upgrades Sarah made, which made a noticeable difference the following winter when the house felt warmer and the bills were lower.

However, a blown glass fibre was used and Sarah feels it must have settled over time, because she's no longer enjoying the same rewards.

If she could afford it, she would have it ripped out and start again because in the 15 years since the walls were treated, the techniques and products have advanced.

2) Internal Insulation in the Living Room

Donnachadh McCarthy once advised Sarah that if she could only insulate one room it should be the living room. This is because it's the place that you withdraw to on cold winter evenings!

So Sarah internally insulated with sheep's wool insulation, which is a breathable material. The wall was finished with tongue and groove boarding.

The open fireplace was also upgraded to a very efficient wood burner, which makes this the cosiest room in the house! 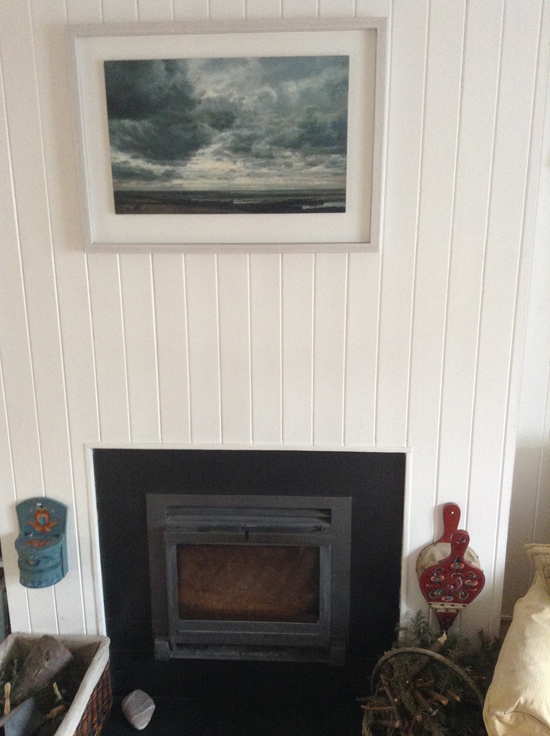 Sarah wishes she had known more about insulation when she converted the loft into a bedroom in 1999.

About three years ago they put in Celotex insulation, then plasterboard and also used tongue and groove boarding.

Sarah reflects on the upgrade: “It’s changed that room from being unbearably cold in the winter to again being really snug.”

4) New Door Between Porch and Hall

With a north facing hallway, the cold used to come right through the front door.

So two changes were made. Firstly a new door, which was properly insulated, was added between the porch and the hallway. Secondly, the single panes in the other door were upgraded to double-glazing. 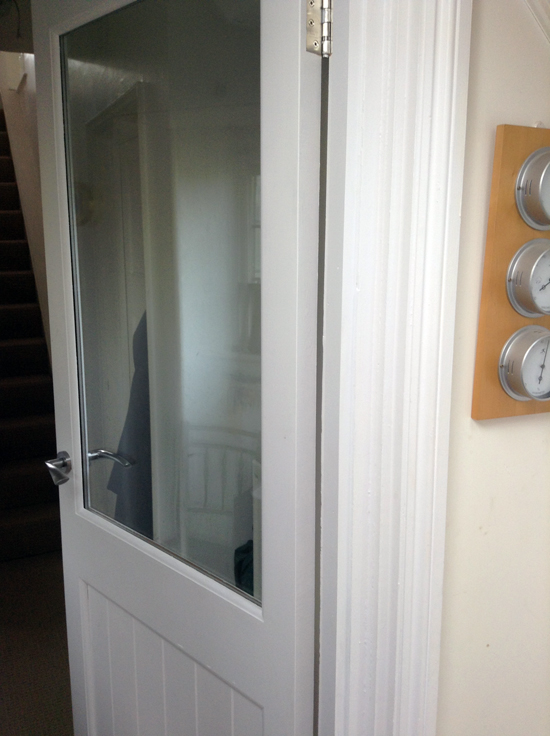 5) Replace Old Boiler with Condensing One

Before upgrading the boiler the house did not have a thermostat!

Even when it did have one, it was located in the hall which was picking up the cold draughts from outside and keeping the boiler on when the house was already at a good temperature. Installing the new door between the porch and the door really helped the thermostat do its job properly.

When Sarah moved in all the windows were single paned steel Crittall windows which were draughty and out of shape. She has tried various different types of windows over the years!

Replacement steel framed Crittall windows threw up some problems. They looked authentic but there was a cold bridge all the way round the metal frame and consequently black mould developed.

Triple glazed windows were installed on the north facing rooms, which worked well but they were pretty expensive. Sarah says: “When we ran out of money we got a carpenter to put fixed secondary glazing in our other north facing windows and I would say that’s worked almost as well as the new windows. Aesthetically not particularly as beautiful as brand new timber framed triple glazed windows but they do the job.” 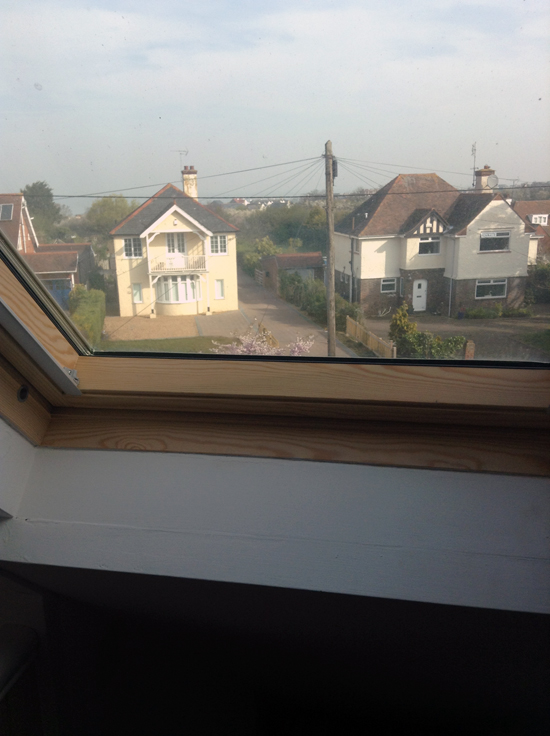 7) Carpet in Playroom with Super Thick Underlay of Recycled Tyres

In an interview with Roger Hunt, Sarah learned that if you put all the holes in the floorboards together you get the equivalent of a big open window!

So in the children's playroom they put down a thick thermal underlay made out of recycled car tyres and a woollen carpet on top.

One simple and instant fix was a draught excluder for the chimney. Sarah has a Chimney Sheep!

With an unnecessary door at the back of the house, Sarah decided to remove it completely. So it was boarded up and insulated.

There have been some Crittall windows that Sarah either cannot afford to or doesn't want to replace.

So thermal triple-lined window coverings stop the draughts from coming in. These were put in when the old curtains needed replacing anyway.

Although we didn't talk about these in the podcast, there were still other items on Sarah's list:

12) Large double glazed windows on south side for solar gain

15) Replace old taps with aerated ones

19) Use an insulated kettle

26) New porch to act as thermal buffer on north side

29) Digital solar radio for listening to test matches in the summer!

Download a transcript of the interview with Sarah Lonsdale.