HPH036 : How to Save Water in Your Home - with Cath Hassell from ech2o consultants

Cath Hassell from ech2o consultants shares why saving water – particularly hot water – is something we should all be doing. She also explains how we can achieve this in our houses through a mixture of technical solutions and behaviour change.

*A lot of the information in this episode is specific to the UK. This is because it became difficult to keep answering in general world terms because in each country it would be slightly different.* 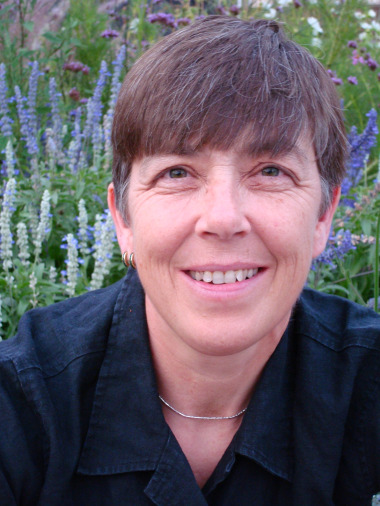 Cath Hassell got into plumbing by chance but once she did she soon began to find it very interesting. After being given a book on composting toilets she then got into the environmental aspects of plumbing and has never looked back.

A Building Has 3 Types of Water to Deal With

1. The water that comes into a building

2. The water that goes out of a building

3. The water that falls onto a building

All these types of water need to be addressed.

So for water coming into the building, first it will be used in some way. Either we will drink it, cook with it, use it to flush the loo, use it to shower with or fill the bath with it. After that, the foul water will have to be removed from the house and dealt with in some respect.

For the rainwater that falls onto our buildings it can be collected, stored and used or – as happens often in The West – it can be fed into a drain. 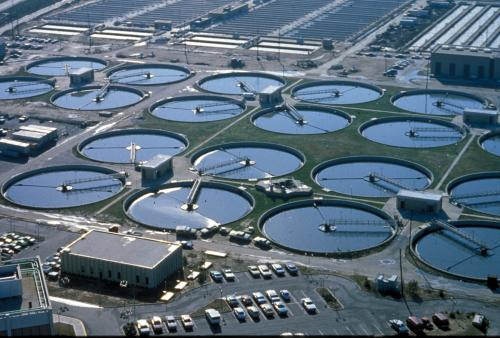 It Takes a Lot of Energy to Provide Clean Tap Water

Once rain has fallen it needs to be stored. That water then has to be cleaned and pumped into our buildings. Once we’ve used it, it has to be taken away and cleaned again before it can be put back into the environment. We must realise that tapped water comes at an environmental cost.

Sustainable Water Supplies Get Replenished on a Regular Basis

Cath explains how originally settlements grew up around rivers before there was the ability to move water. A lot of water is also stored in naturally-occurring underground reservoirs (usually permeable rock) – known as aquifers – which are at varying depths. A hand dug well is an example of tapping into a shallow aquifer but many are hundreds of metres deep.

When it rains some aquifers or groundwater get recharged, which is part of a yearly cycle. In other parts of the world that is not the case. The Sahara Desert, for example, does have water many metres beneath it but this fossilised water would not be recharged if it were extracted.

So when we’re using water we must think of using it in a sustainable way.

We Only Drink About 1% of Our Tap Water

The water that is piped into houses in The West is potable water or drinkable water quality. Despite this fact we only drink about 1% of it! We might be cooking with another 1-3% of it. So the bulk of it is used for bathing or flushing the loo.

Reduce the Water Your Loo Uses With Dual Flush

In the 1960s the first W.C. ‘maximum flush volume' regulations were introduced (in the UK), allowing 15 litres. Through the years this has gradually been tightened and around the turn of the millennium it was reduced to a maximum flush volume of 6 litres.

Now there are lots of toilets around that are duel flush so you can use 6 and 4 litre dual flush or even 4 and 2.5 litre duel flush. Most of the time we only have a wee and so we don’t actually need 6 litres to flush it away. These systems are much more efficient.

It's More Important to Save Hot Water Than Cold Water

The carbon footprint of cold water in the UK has been worked out at 1.2 kWh of electrical energy which translates into about 0.7kg of CO2 for every 1 m3. That takes into account the water coming into the house and then once it’s been used, the water being taken away and cleaned.

As soon as water is heated the carbon footprint increases rapidly. Most of the time we’re using fossil fuels to heat water, which in turn is producing CO2 emissions. It is at this point that it becomes a global issue.

It is estimated that 6% of the UK’s carbon footprint comes just from hot water we use in our homes!

So there is an added benefit of saving hot water over cold water. 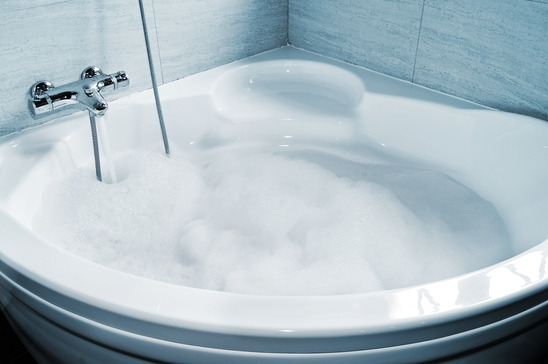 Not All Technological Advances Have Been Good!

While W.C. flush regulations have become more stringent in terms of saving water, some technological solutions have almost gone the other way. Cath says that historically the UK has had very poor quality showers with low flow rates but that's been changing. Having a combi boiler or a power shower means that flow rates have actually been going up. 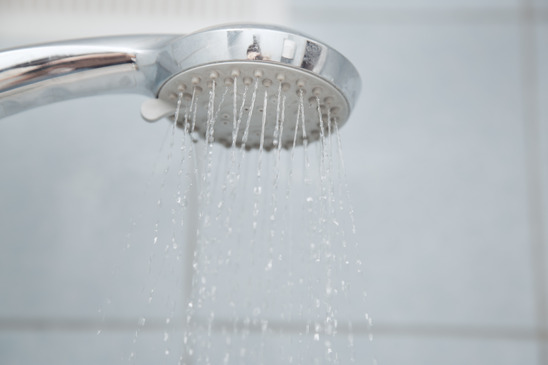 Behaviour Change is Part of the Solution

Technological solutions alone will not make significant strides in saving water: it must be combined with behaviour change. The key area we need to think about is taking a bath or having a shower.

Depending on the flow rate of a shower, a 5-minute shower might use between 35 and 100 litres. That means a 20-minute power shower would use around 400 litres of water!

Cath stresses how shorter showers and shallower baths can make a massive difference.

Universal Metering Could Lead to a Fairer System

60% of people in the UK still pay a flat rate for their water, regardless of how much they use, but that is gradually changing. As more and more meters are installed people will have to pay for water per volumetric.

Cath believes this would be much fairer and she also proposes that there could be a base rate allowance of 150 litres per day (ideally 130 litres a day) above which there would be a premium. This would not stop people from taking deep baths or watering their gardens but would mean they pay more for the privilege.

The Cost of Water Varies According to Where You Live 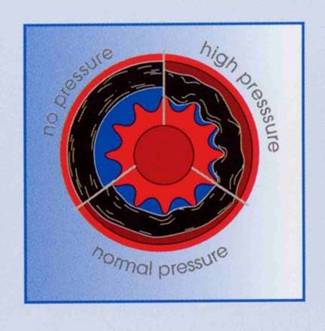 Inside a flow regulator

Flow Regulation Allows You to Set the Flow Rate of Taps, etc.

When Ben suggests that flow regulation is about limiting water flow, Cath says that it's more about setting the rate at which water comes out. Using a flow regulator does not mean that taps just dribble! You won't even notice. It's about being intentional.

In the UK, There Are Benefits of Keeping Rainwater Out of the Storm Water Stream

While it is possible to collect rainwater and use it in our buildings (for flushing toilets, in washing machines, etc.) Cath believes it would be far better – and much simpler – to use it in our gardens (assuming you have one!). This is because one of the big problems in the UK, particularly in cities, is that there are combined drains. So the foul water sewage is mixed with the rainwater. When there's a lot of rain, the system cannot cope because there's too much to process at the sewage treatment plants, which means the overflow mechanism is channelling it into rivers or the sea!

Keeping rainwater by our houses – by use of a rain garden – would make it possible for our sewage treatment plants to clean all waste water. 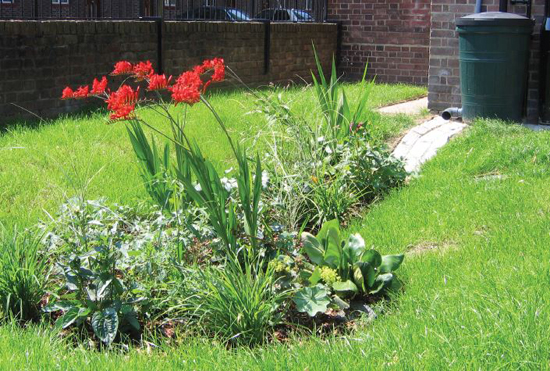 A rain garden is an area that allows rain that might land on impervious surfaces the chance to be absorbed into the ground. It is planted out carefully to have maximum impact because on occasions it is going to be inundated with water.

Cath's Tips for Self Builders 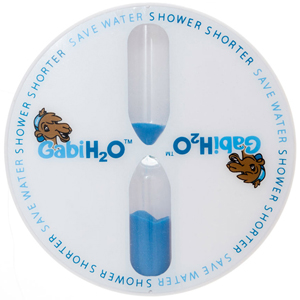 A Year of Showering Variously

Check out Cath's blog on showering! As she travels around Cath is always taking notes. Perhaps she'll be coming to a shower near you! 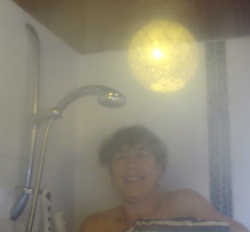 Download a transcript of the interview with Cath Hassell.

With possibly the strongest winds ever to make landfall, Typhoon Haiyan killed thousands when it struck the Philippines on 8th November. Is this typhoon an anomaly or a sign of the more fierce weather that will become the norm? Ben talks about seeing the devastation of a minor typhoon when he visited Legaspi in 2006. Are these areas going to be uninhabitable if extreme weather like this continues?

If you haven't had a chance to donate, the Philippine Red Cross carries out some amazing work.

How have you reduced the amount of water that you use?