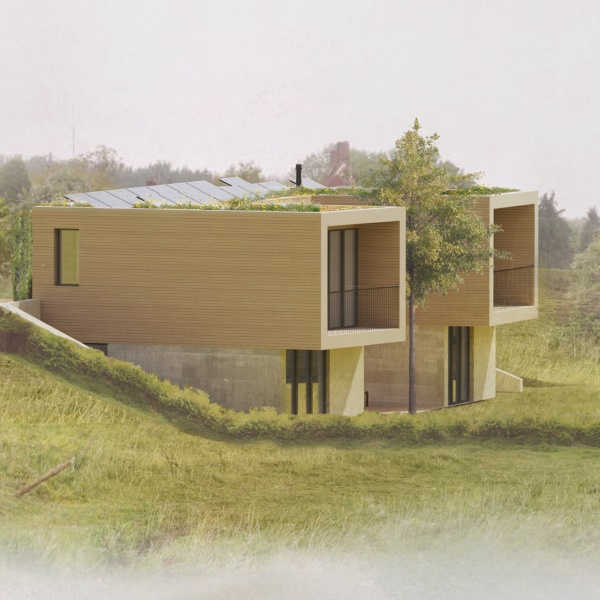 Architectural designer Wilf Meynell explains the concept of environmental design and why it is not the same thing as low energy design. He also shares how he has tried to balance these two approaches in one of his upcoming projects, Springfield House. 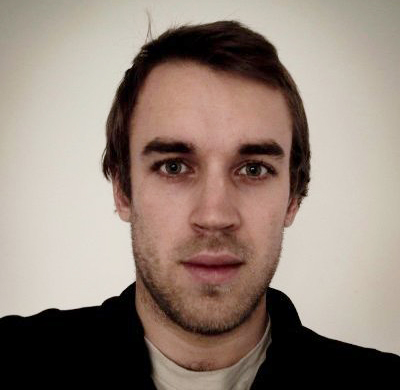 Wilf Meynell studied architecture at Brighton University and then did a diploma at the University of East London. At the latter he was tutored by Sofie Pelsmakers, whom he credits for influencing him and developing his interest in environmental design.

We Are Losing ‘Direct' Control Over Our Indoor Environments

Wilf was brought up in the countryside and has always had a good connection with his surroundings. However, he believes that as technology has improved and buildings have become better at monitoring themselves, occupants are starting to lose that link with the environment.

Whereas opening a window or putting a log on a fire is very much instigated by the user, modern buildings maintain good comfort levels largely by themselves.

While low energy design is a very good thing, Wilf thinks it should not be at the cost of environmental design. It is just as important to get the right specification of locally-sourced materials, to harness the full potential of the sun to provide energy, and to look at the prevailing winds and consider natural ventilation. Low energy design and proper environmental design need to come together in future constructions.

Taken to an extreme Wilf believes that focussing exclusively on low energy design could distance us from our environment. There could be knock-on effects with things like recycling and landfill, where we just see our environment as a body in which to store things we don’t want.

Wilf uses one of his current projects to help explain how low energy design and environmental design can work together.

Springfield House didn’t initially have a site but this proved quite good from an environmental design point of view because they were able to consider locations that could have as much from nature as possible. The plot they chose is south facing with well-managed woodland around it. Therefore there is a good source of timber for the construction and it can also provide fuel (waste timber not virgin timber) for the house once it's built.

Key environmental concepts such as this have helped push Springfield House towards Code for Sustainable Homes level six before even considering any green technologies.

Depth of Plan is an Important Consideration of Natural Ventilation

Natural ventilation, as the name suggests, is about supplying and extracting air to a building without the use of mechanical systems. Wilf says that one of the most important considerations in this process is the depth of plan, because with a very deep plan of building a lot of air has to be moved from one side of the building to the other. Springfield House is a ‘u' shape so that the plan never reaches a depth of more than 4 metres.

Other aspects that important are high ceilings in order to stop the heat building up at the top of the ceiling space and a high façade to pull a lot of air and wind around a certain area.

The Stack Effect Helps Drive Air Through the House

Due to differences in pressure – utilising the stack effect – air is driven through the house from a low point in the extremities, up through the core and out of an openable Velux window over the stairs.

Springfield House is angled towards the prevailing wind to get maximum use of natural ventilation but because of the stack effect no matter which direction the wind is blowing, it’s still going to pull air through the building.

Occasional Purging of Air is Necessary in Winter

Although the building does not need to be ventilated constantly, it will need to be purged every so often. For example in winter, you'd want to keep the windows closed most of the time in order to retain the heat. Opening a window for 10 seconds will wash all the smelly air out and bring the fresh air in without losing much heat.

Air Quality Can Suffer if The Structure is Too Airtight

In a naturally ventilated house there is no reason why it cannot be quite an airtight structure. However, if it's too airtight one of the dangers would be that the quality of the air in smaller rooms on the extremities of the building might suffer.

More High Quality Components Need to be Made Locally

Springfield House takes a fabric first approach but Wilf is concerned that getting the right products comes at a large cost in embodied energy. For example, manufacturing of high-end Passivhaus standard products is done in Central and Western Europe, which must then be shipped in.

‘Low Technology' is About Letting the Design do All the Work

Springfield House has two periscopic entities that look out over the site. This not only takes advantage of the views but it's about the sun. The 1200mm overhang stops all the sun coming into the house in the summer whereas in the winter the angle drops to about 16º (in the UK) and most of the sun can then pierce through the building, heating it up. This low tech approach has been in existence for centuries. 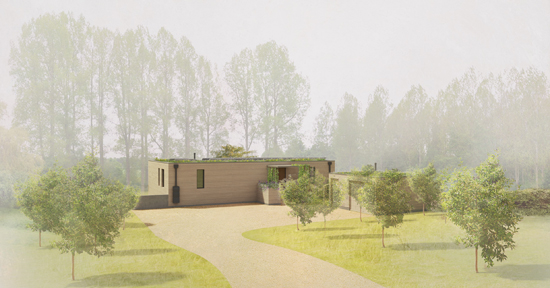 Using trees is another way to improve the efficiency of the building. In summer when the trees are in bloom less sunlight can reach the house whereas when once the trees have lost their leaves more light can enter.

Knowledge Needs to be Passed onto Successive Owners of the House

Wilf's client very much wanted a house that requires a hands-on approach. As this is slightly different to other houses it's important that the user understands how it works. So, if this basic knowledge were not communicated to a new owner then there might be a problem.

In the same respect, new occupants of a Passivhaus would need to understand the impact opening a window would have on the building dynamics.

Wilf believes there is a big difference between fresh air and mechanically ventilated air. He uses the example of how he really likes the experience of feeling fresh air coming in through a window onto his face.

It's also about losing touch with the environment outside because the air has been filtered of smells and so forth.

Upfront Planning has Been Key to Keeping the Costs Down

A lot of work has been invested upfront to try and source local materials and reduce the environmental impact of Springfield House. Wilf talks about three western red cedar trees from the neighbouring woodland that have been earmarked for the cladding. By using a mobile sawmill this will keep the cost down as well as the need to transport materials.

Wilf also gives another example of how the house will be built into the bank and the spoil will be used to re-landscape rather than sending it off to landfill.

The Thermal Mass Provides a Natural Control System for the Heating

Springfield house has an oversized concrete stair at the core of the building. While it is not ideal from an environmental standpoint, if specified carefully it can huge benefits as the thermal mass of the house. This will store the sun’s heat during the day, especially in the winter, and give back gently to the building. Also in the summer it will provide cooling because rather than that heat being in the air it’s in the concrete. As the core can be shut off from the main living spaces it can be quite a good way of providing a very natural control system for the heating.

Springfield House will have a timber frame that is a stick build. This means they are going to build it on site rather than importing a prefab frame from another country (for example). Part of the thought behind using a timber frame is that it sequests carbon. In other words, if the building lasts for 200 years the carbon would be locked up in the timber. Otherwise, in that same time, the tree would have started rotting and slowly bringing the balance of carbon in the atmosphere back down again, which is one of the problems we’ve got with global warming.

Download a transcript of the interview with Wilf Meynell.

Is your build guided more by low energy design or environmental design?

Read the blog post about Mike Coe and Lizzie Stoodley's autonomous house. Find out where they got their inspiration, why it means they have a stronger connection with their environment and how it puts them in a good position for the future.