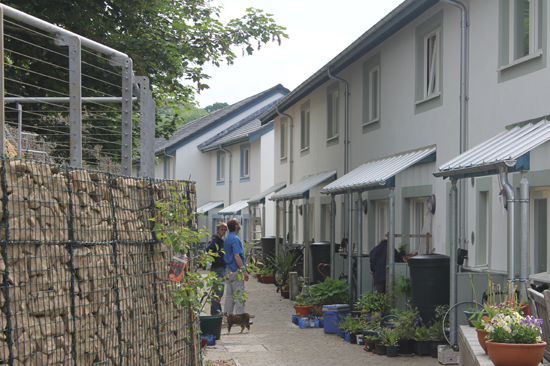 HPH028 : How Cohousing Helps Build a Community - with Mark Westcombe from Lancaster Cohousing

Mark Westcombe, one of the founding members of Lancaster Cohousing, explains the cohousing concept and why creating an intentional community like this has many benefits. 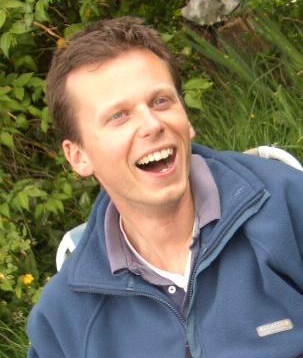 Mark Westcombe is one of the founders of Lancaster Cohousing, an intergenerational cohousing community where all the houses are build to Passivhaus standard. It started out as a group of friends who wanted to live together. As they made plans for how they could best live together a builder, who they had called in for advice, thought they were creating a cohousing project! Serendipity led to them to learn much more about the concept.

Mark describes cohousing as a form of communal living. It is different from communes in that everyone has their own home – with a kitchen, living room, bathroom and bedrooms – but there are shared facilities on top of that. In the case of Lancaster Cohousing this includes things like a small village hall, guest rooms, a laundry facility, a children's room and shared outdoor space.

Having communal guest rooms, for example, means that the houses can be smaller, with smaller mortgages too. It is a much more efficient use of space.

The concept originated from Denmark in the 1960s. It optimises the design of the housing to encourage interaction while respecting those times when we desire privacy. For example, the Danes understood that when people were sitting in their living rooms they are less willing to converse than when they were in their kitchens. Therefore the kitchens abut the main pedestrianised street whereas the living rooms are located at the back of the houses. There are many other facets of the design that integrate opportunities for incidental interaction.

There are no cars on site and the street really is given over to pedestrians and children. This creates a safe place, which is almost an outdoor room and somewhere that people can feel relaxed to chat. People can interact as much or as little as they choose.

The Village Hall is a Central Meeting Point

Residents come together to manage the community and the common room provides the perfect space for this. At Lancaster Cohousing, there are four shared meals a week. Mark says that he is on duty in the kitchen once a month. 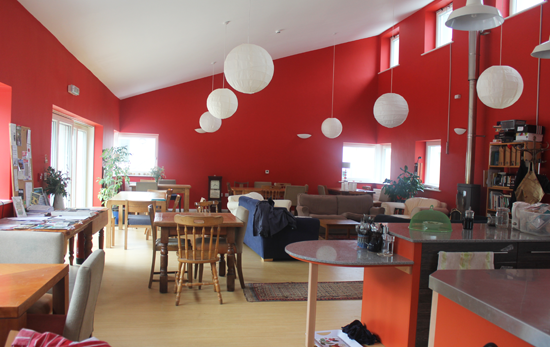 Mark tells the story of how he and four friends had been moving towards cohousing without even realising it. After reading more on the topic he considered how fractured society was becoming and that, living some distance from his own family, he had very little in the way of a support network. Amongst a cohousing community he could mix with both young and old, and gradually build up this social capital.

A Cohousing Development can be Funded in a Variety of Ways

Lancaster Cohousing is a privately funded development but it is possible to have mixed tenure. The Threshold Centre in Dorset not only has privately funded homes but shared ownership houses (financed by Synergy housing association) and some fully rented accommodation. LILAC in Leeds have mutual home ownership, which means that the community owns all the property and you buy into the company that owns the property.

Mark says that housing associations such as Hanover are working on mixed tenure projects and that recent UK government funding via Community Right to Build has meant that about £35,000 per community is available for supporting the business plan, doing some initial site design and getting to a point where a group could option a piece of land.

Financing Lancaster Cohousing Required Others to Buy into the Idea

Once committed, Mark and four others worked solidly for 6 months as a project team and put together a business plan and proposal. The land alone cost £600,000 and even with their combined resources, they needed other people to join them. So, they sold the concept to further households in order to pay the fees for architects, lawyers, accountants, etc. An entrepreneurial spirit was essential. 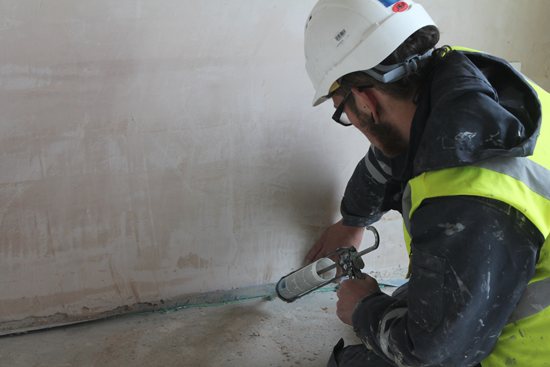 After raising funds themselves they were able to finish some houses and then sell them to get money for the next phase of development. It also got to a point where a bank was willing to lend them £3 million.

The Early Adopters Take on More of the Risk

The cohousing community grows over time. Clearly the early joiners are the risk-takers but then the risks diminish as each phase is completed. Selling finished buildings is a much easier proposition than just the ideas. Mark had his life's savings tied up in this project and he says that they came close to buying a £1 million plot just as the world economy collapsed. Luckily they were able to pull back with two weeks to go! If they had bought it, constructing the houses may not have been financially viable.

The Plot was an Opportunity

Lancaster Cohousing is located on the River Lune. The plot was up for redevelopment into 60 houses and a multi storey car park, but the company intending to carry out the work went bankrupt. So, the Lancaster Cohousing group quickly put in an offer for the 5-acre pencil thin site, which also had fantastic solar access to The South.

About 12 Architectural Practices Were Invited to Tender

After exploring a number of architectural practices that were either doing something ecological or social, they then invited a dozen to tender. From this, they made a shortlist of four architects and interviewed each of these architects for half a day. Mark says Eco Arc stood out a mile, because of their skills and experience. They also had won many awards for their work, they were very interested in cohousing and had lived in Findhorn Eco Village. Mark describes it as a ‘match made in heaven.'

Eco Arc ran workshops with the group of 40 adults, suggesting ideas and listening to feedback. They would then return a couple of weeks later with new or revised designs and the group would have to come to a consensus. Although there are 41 houses, there are essentially four designs with no individualisation.

Building Small Houses is Best for the Environment

One of the easiest ways to lessen one's impact on the environment is to keep homes down to a sensible size. Mark's house with three bedrooms has a total floor area of 78m2. It's open plan and has very little wasted space such as corridors. Built to the Passivhaus standard there is only a need for one radiator in the house and this makes the rooms far more flexible (a bed can go up against any wall, for example).

Some of the Benefits of Living in a Passivhaus Include Having a Warm Bathroom at Night!

Mark describes the North West of England as being very damp and so having laundry that dries in 4 hours is ‘just incredible'. There's also never any condensation on the windows of the house. He says it's a delight to get up in the middle of the night and go into a warm bathroom! As the mechanical ventilation with heat recovery filters the air, he has noticed that his breathing is better and that he's more sensitive to the smell of food and wine!

If people want to buy a property they must go through an integration process, which gives them a clearer understanding of what they might be letting themselves in for! Mark says that there is no formal vetting process but if they really felt they needed to they could choose not to sell someone a house (but this has not happened yet).

People Have Relocated From Faraway to be Part of the Community

While some people have been drawn to the project because of the cohousing side of things, there are also those who have been attracted to it because they want to live in a Passivhaus. Quite a few people have moved big distances – from the north of Scotland and the south coast of England, for instance – to live like this. 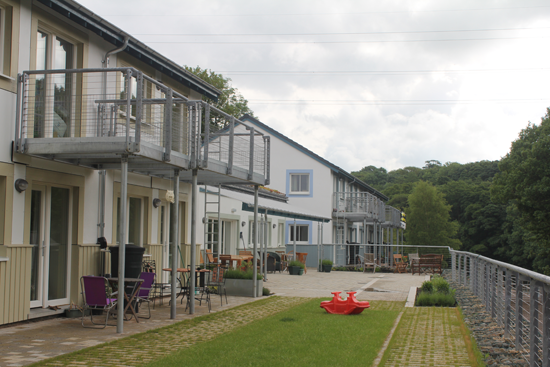 Instead of investing in financial savings Mark is investing in social capital – getting to know people. The community helps each other and this positive power allows residents to live for longer independently. In isolated circumstances there might be one thing that trips you up and means you have to go into a care home. Research in Denmark and the United States has shown that the people who live in cohousing delay that process. So the average time that cohousers spend in nursing homes is two weeks of their lives!

Mark explains that when he was ill one of his neighbours noticed that he was not around and came to offer help. Kids can go to school together, chaperoned by only one parent. Communal meals provide welcome respite for busy workers and so on and so forth.

Cohousing is Awesome and Awful!

Mark laughs to himself as he says: “The best thing about cohousing is the people and the worst thing about cohousing is the people!” On the downside, Mark believes decision-making can be a bit of a challenge. There was also a lot of work involved in realising the £8 million project and managing it all in spare time. This took its toll on some people during the process.

Mark compares cohousing to having a baby. It might be hard to conceive. There’s a long pregnancy. There’s giving birth. There are the terrible twos and there’s teenage years. However, through all this you wouldn't want to be without your family.

Cohousing has Grown Steadily in Denmark Since its Conception

The UK Needs More Developers Who Specialise in Cohousing

Mark says you need to be super-human to manage the process. The UK needs to follow countries like Denmark, Sweden, the Netherlands, Germany and the US in having commercial developers and housing associations that understand cohousing.

Watch a Video on the Award-Winning Lancaster Cohousing

Thank You to Tanisha Raffiuddin for Letting us Use Her Photos

Download a transcript of the interview with Mark Westcombe.

Ben has now completed one year of research on what houses we should be building in the 21st century and wants to write an eBook about what he has learnt so far. Please help him research this project by answering 4 simple questions. Thank you.

This Week's Question for the Show Notes

Can you imagine yourself living in a cohousing community? What would be the main draw for you?