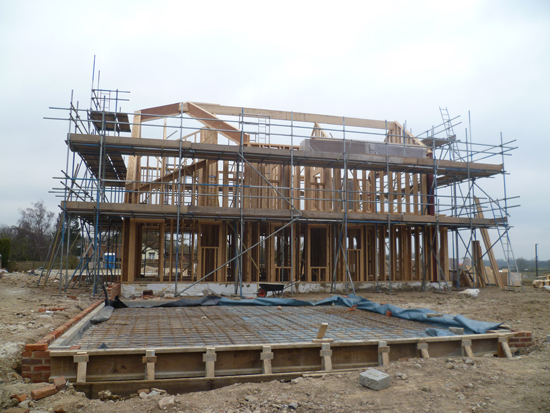 HPH027 : Does Hiring a Project Manager Save Money? - with Mike Jacob from Trunk Low Energy Building

Mike Jacob from Trunk Low Energy Building provides an insight into the benefits of hiring a project manager for a house build. Also Ben Adam-Smith reflects on the UK Passivhaus Awards 2013. 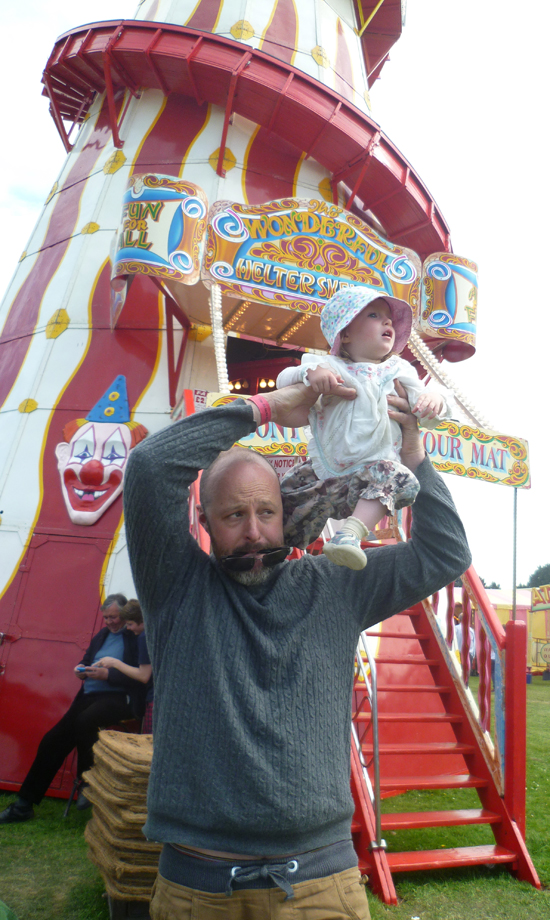 Mike is a Chartered Building Consultant with a specific interest in very low energy construction. Prior to establishing Trunk, Mike led numerous design teams through early explorations of Passivhaus and Zero Carbon as a director of The Olive Green Group.

The Project Manager is the Client's Right Hand Man

When Mike provides project management services he sees his role as being the client's right hand man. He's the person who helps turn what's on paper, or something that's only an idea, into a reality.

Contract Administration is One Type of Project Management

Traditionally an architect would have carried out this role. Having completed the planning work, some detailed design and produced construction drawings ready to take out to the market and tender, the architect would effectively manage and oversee the works. This is assuming that the client is paying a main contractor to build the project.

Somebody Will Always be Carrying Out a Project Management Role

Mike explains that clients can undertake the role themselves if they deem themselves to have the necessary skills. If the client opts for a fully managed service – known as a turnkey solution – then appointing a project manager would not be necessary. However, somebody from the turnkey company would still be carrying out this function as part of the wider offering. Mike says a Huf Haus is a prime example. 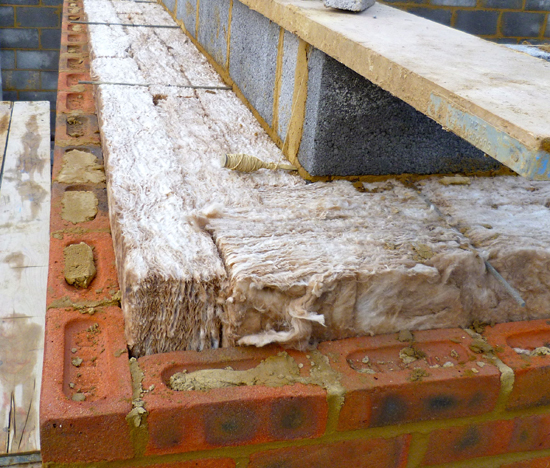 A Project Manager Has a Mix of Soft and Hard Skills

Expect to be Busy as a Project Manager

For those clients that decide to take on the role of project manager they should be prepared for some very long days with a certain amount of healthy stress. Anticipate writing lots of emails, making many phone calls and answering numerous queries. This is likely to be hard work.

Hiring a Project Manager Should Give the Client Peace of Mind

Top of Mike's list of benefits of hiring a project manager is that it allows the client to sleep a bit better at night! The client is employing somebody whose sole job and skillset is to focus on delivering the client's desired outcomes. With that should come a degree of certainty over how much will be spent and how long it’s going to take. 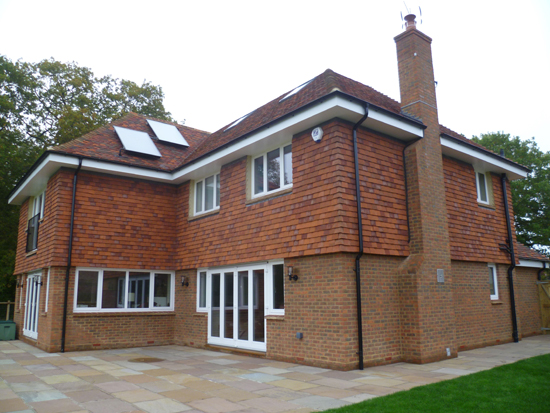 Mike specialises in delivering Passivhaus and low energy buildings. As a high performance of building envelope is imperative, that means that there is an added layer of complexity in the role. Project managing such a build is about making sure things don't start to veer off track, especially where there’s no main contractor to hold accountable. Any third party could potentially compromise airtightness, for example, unless there's a tight grip on things.

The main contractor route is loaded with premiums because the contractor takes on all the risk and also adds in a certain level of profit. Therefore removing that from the equation opens up quite a big area where, over the duration of the project, it’s possible to generate savings. However, it's worth pointing out that these savings are only truly realised once the project has been completed.

Mike is a chartered member of The Chartered Institute of Building. This organisation is recognised around the world and provides independent and professional accreditation that effectively says that a person is at management level in the construction industry. These people will have the letters MCIOB after their names.

Get a Referral and Check References

Get a recommendation to a project manager from somebody that has used that person before. This should be a good indication of whether they’re worth their salt or not. Always check references and previous work of any contractor or subcontractor, particularly if you've found them through adverts.

In order for people who are involved in building systems to be able to guarantee performance, there’s a lot more off-site work in modern construction – a packaged approach to building. So, for example, if you chose a timber frame route, the company may well provide a guaranteed airtight shell. As this chunk of the project will be managed, if there is a main contractor involved there is likely to be a period when that main contractor is sitting around and not really doing anything. This would be a very inefficient way to spend money to get the same outcome.

Beyond cost, specification and time, Mike believes that he offers some fairly qualitative things that matter to the clients as individuals. Mike explains that for some of his clients, having a positive ethos on site is very important. This informs the subcontractors that Mike may invite to tender. For example, a highly-skilled subcontractor that brings a completely negative atmosphere to site would not be a good fit for that particular project.

Although there are clearly benefits of having reliable subcontractors with whom you've had first hand experience, Mike says there's also the risk creating ‘jobs for the boys'. This is particularly relevant when the project manager is working in a small geographic area. Mike always tries to find the most appropriate subcontractor, inviting new people in to tender as well. His rule of thumb is to tender to a minimum of three subcontractors or companies in order to make an impartial decision. 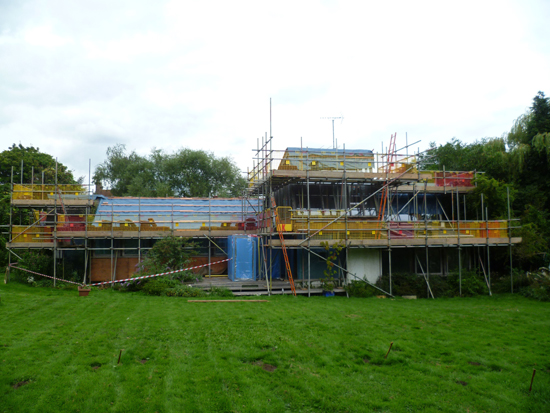 Firstly, remember that when it comes to cost, everything is negotiable. Also, some people like to set their pay structure in a specific way. If this doesn't suit you then there may be other companies that will approach it in a way that satisfies both parties. For example, traditionally architects would base their fees on a percentage of the final build cost. This not only means that the fee fluctuates and may be more than the client originally anticipated, but that there is no incentive to try and manage costs, because actually it’s in their best interests for things to cost as much as possible!

Before any work starts, the project manager will scrutinise the working budget alongside the client. The fee would then depend on what type of project management is needed. For example, going down the main contractor route will cost less. This is because managing one single contractor is likely to be easier than looking after a range of subcontractors. Mike's preferred pay structure is to use a fixed fee which is derived from a percentage of the estimated cost. Roughly speaking that would be 5% for the contract administration and 9 or 10% for the subcontractor approach. This fee is then paid in staged monthly payments.

Get a Project Manager on Board at the Earliest Point Possible

As with all key members of the team, bringing a project manager in at the beginning is a good idea. Especially where Passivhaus and low energy construction is concerned, a project manager can help the design to evolve in a way that is mindful of the physicalities of constructing it, bearing in mind how much money the client wants to spend and what the client wants to achieve at the end of it. 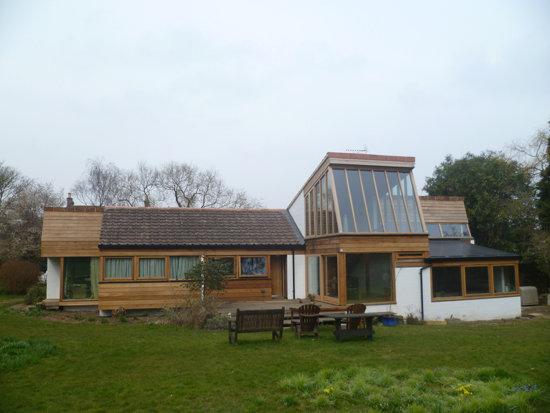 Upfront Planning Can Pay Off

If you define the critical path of a project early on and earmark the key milestones that are going to come up, then a well assembled, properly briefed and well functioning team can get on with it. In practice there may be other issues that arise but there's no substitute for forward planning.

There Must be a Balance Between Time, Cost and Quality

Mike says that it's an old cliché but while time, cost and quality are the three things that a project manager oversees, you can't actually have all three at the same time. So there’ll inevitably be a process of helping the client to understand what’s most important. For example, where there's a tight budget then cost is king and that will mean that quality might suffer as the client may have to spend less money on a kitchen in order to bring the whole thing in on budget.

Find Out More About Mike Jacob

Ben talks about going to this year's AECB Conference and how there were many interesting sessions (as well as the usual networking opportunities). Find out more about the high calibre of speakers at this year's AECB Conference. Hattie Hartman, Sustainability Editor of the Architect's Journal was the keynote speaker and Ben was impressed by her commitment to better building. Check out her blog.

Become a Member of the AECB

The AECB is the Association for Environmentally Conscious Builders. Its sizeable membership includes many pioneers and the whole organisation is built upon sharing knowledge of what works and what does not. Find out more about becoming a member. They do a great student rate if you're just out of university and heading into the world of construction!

Congratulations to the winners of the UK Passivhaus Awards.

Totnes Passivhaus won in the Private Housing category. Find out more about this retrofit by watching this 2-minute video.

We also chatted to Adam Dadeby about this project in episode 5 of the House Planning Help Podcast.

In session 28 we'll be interviewing Mark Westcombe about how Lancaster Cohousing came about.

There are more videos on all the shortlisted projects on the Passivhaus Trust's YouTube Channel.

Download a transcript of the interview with Mike Jacob.

Today's question for the show notes is . . . How are you going to project manage your house build?