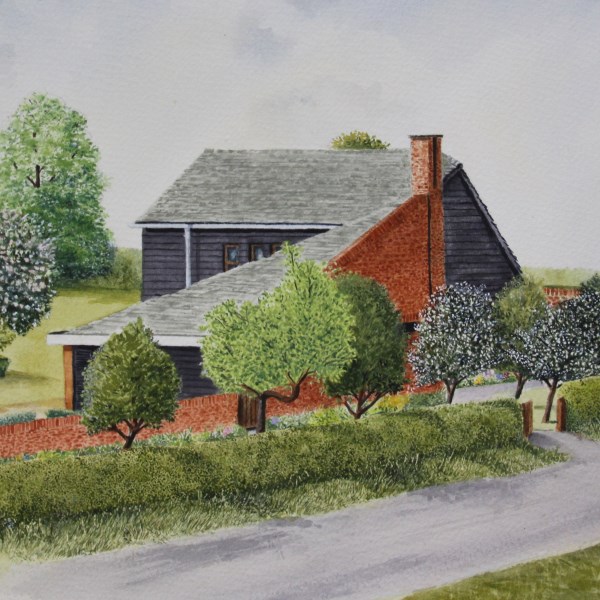 HPH013 : What Preparation is Necessary Before Building a House? - with Jason and Lucy Reeve (Client Case Study)

Jason and Lucy Reeve share what preparation was necessary to commission their new-build home and Ben Adam-Smith considers what's more important in renovation, preserving the past or creating a sustainable future.

Interview with Jason and Lucy Reeve

Jason explains that originally they were looking for a renovation project but having missed out on a house they really liked, they explored the alternatives. Once they started to think down the self-build route there was no turning back. They bought a plot of land two years ago and have recently got to the build!

Their approach was one of staying open to the possibilities. Instead of being prescriptive about the look of the house, they told the architect how they wanted to live within the building and then he used his skills to come up with a blueprint to show them how that could be achieved. Jason describes the process as a ‘revelation'.

Difficult to Start with a Blank Piece of Paper

Lucy explains how with other homes you fit yourself into the space available. Doing it the other way around requires a lot of thought, because you really can do whatever you want. One of their ideas was to have quite a social house. As people often congregate in the kitchen anyway, this would be a very open area with dining room and lounge.

One of Jason and Lucy's priorities was to live in a low energy house, as they felt a responsibility to live this way. They carried out a lot of research into how this might be achieved. Here is an artist's impression of what the finished house will look like. 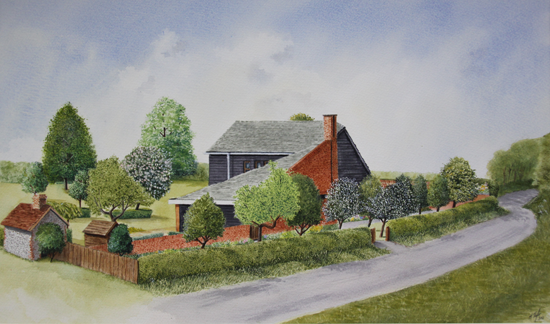 RIBA Helped us Find an Architect

The first part of the process was contacting the Royal Institute of British Architects (RIBA) and getting a referral for architects that delivered low energy buildings in the past. After making a shortlist, Jason and Lucy then interviewed 6 architects. They say this was quite time consuming and the experiences differed significantly, but it helped them crystallise their own thinking as to what they wanted and the type of character with whom they wanted to work.

Find an Architect That Listens to You

Some of the architects they met were quite prescriptive in their approach whereas others were much more interested in listening and trying to understand what they wanted to achieve.

Jason explains that it took him some time to realise that the PHPP package had the flexibility to adjust one component of a building so long as you compensate somewhere else. For example, you might lower the U value of a wall and then increase the U value of a window in order for it to continue to reach the Passivhaus standard. However, Jason and Lucy are aware that they do not have to be beholden to the PHPP. While they would like to reach the Passivhaus standard they are building a family home, not a hermetically-sealed box.

Jason and Lucy have used a wide range of resources to increase their knowledge. They have been subscribing to Homebuilding & Renovating magazine for the last 4 years and have been to several of their shows. They've also been to Ecobuild and visited open houses (where people who have carried out a self build or custom build project open their houses and share their experience). Lucy says the learning never stops.

Lucy is not afraid to ask the stupid questions if she doesn't understand something. This approach does mean that no stone is left unturned. While there have been times she might have felt the only person who didn't get it, equally there have been occasions where one of her questions has uncovered an aspect of the project that nobody considered.

Be on Site as Much as Possible

Even with a project manager, Lucy reveals she has been on site every day so far. While this is handy for photographs and for checking on progress, she is aware that nobody is going to care as much about their new house as they do. Certain smaller aspects of the build can be tweaked as they go along, too, and so being on site ensures you don't miss this opportunity. Overall though, it's just very exciting to see things take share after staring at sheets of paper for so long. 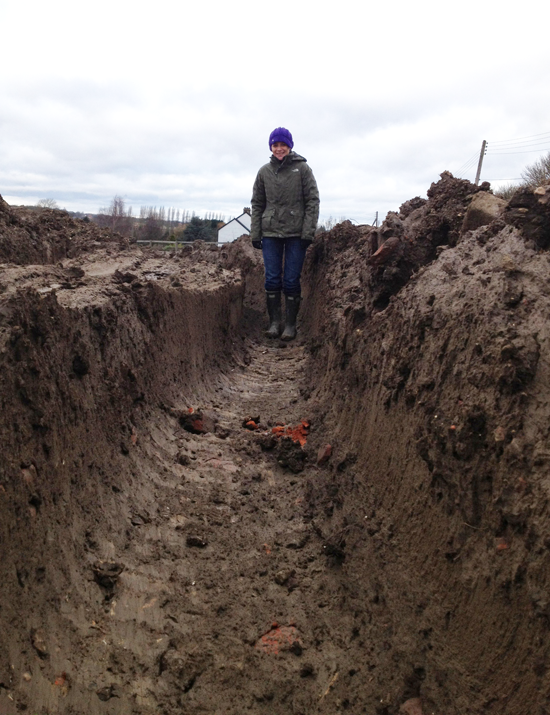 The biggest surprise in their preparation was the length of time it took to gain planning permission (this is only applicable in the UK). Jason shares the story of how it took two years to get the go-ahead for their project, despite arriving back at a very similar design to that which was initially proposed. Although the planning authority were very supportive of a low energy building, ultimately Jason felt it came down to what they liked the look of. The architect even had to explain to the planning officer exactly what a Passivhaus approach meant.

Avoid Changing Decisions Once The Build is Underway

Jason was surprised by how long it took to specify the building. However, he shares why it's so important to nail down all the decisions before the build is underway, because otherwise costs can spiral (it's much easier to make a change to the plans than a change to a physical structure). Jason and Lucy are using a timber frame construction method that allows some flexibility. If they were using Structural Insulated Panels (SIPs), for example, they wouldn't be able to move a plug socket 18 inches to the left because once the frame has left the factory no changes can be made to the individual panels.

Hiring a Project Manager has Many Advantages

Once Jason and Lucy had hired an architect and a timber frame erector/designer/manufacturer that didn’t project manage, it became clear that there was a void that needed filling. They investigated the sub contracting route or a main contractor route, the cost differences of which are quite significant, and concluded that this gap needed to be filled by someone that was an expert in energy efficient buildings. Just as importantly this person would keep control of the purse strings, vastly reducing the chances of any miscommunications (particularly where technical drawings are concerned).

Both Husband and Wife Have to Want This New House

If you're approaching a house build or renovation as a couple, Lucy stresses the importance of both buying into the idea. It is likely to consume both your lives for a few years, so if the process is one-sided there are bound to be big problems.

Determination Will See You Through

Jason and Lucy see determination as a key mindset you need to adopt when tackling a house build. Lucy's attitude is that with each new challenge they face they only become more determined to see it through. 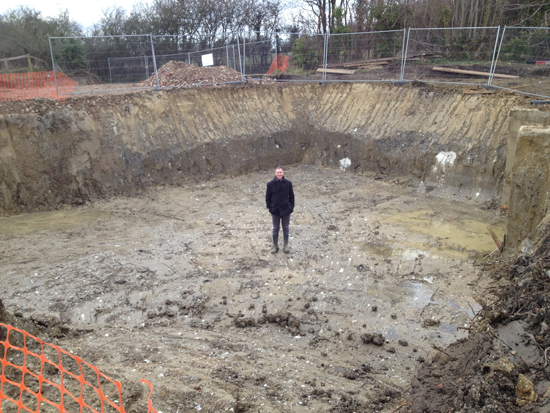 If You're Tackling a House Build as a Couple, Compromise is The Name of The Game

Compromise in all aspects of the project – budget, size, location, etc. – will stand you in good stead. Compromising with each other is essential. Jason compares it to any activity or purchase you might do as a couple. This is why they feel it's important to have certain areas where each person gets to take the lead.

In order to fund the build, Jason and Lucy sold their old home and started renting. This allowed them to buy their plot of land, which they have now owned for two years, and keep squirrelling away funds for the build. They hope to be self-financing by the end of the project but have investigated the financing options just in case.

Keep Minutes of Meetings to Agree on What was Said

One of their only regrets is that they didn't take minutes of meetings with planning officers, which would have helped both parties agree on what was said. Minutes are great for reference, particularly if the project is different in some way.

Speak to as Many People as Possible

Jason believes that the more people you can speak to, the better. Doing your research never costs you anything other than time.

Put Together a Scrapbook of Your Tastes

If you're just starting to think about building your own house, Lucy suggests making a scrapbook of what you like and what you don't like. While staying open to the process is important, a mood board of your tastes can convey a lot. Your plot of land will have opportunities and limitations, so these may also impact on how the house looks.

Download a transcript of the interview with Jason and Lucy Reeve.

Ben Adam-Smith tells the story of how he discovered that 19th century Ponsbourne Park is set for demolition later this year. There's nothing technically wrong with this property but supermarket giant Tesco, who own it, are looking to redevelop the site into something much more sustainable, that will also cater for their needs. Given our recent discussion on retrofitting old houses to high energy efficiency Ben surmises that this could become a more common occurrence in the future. 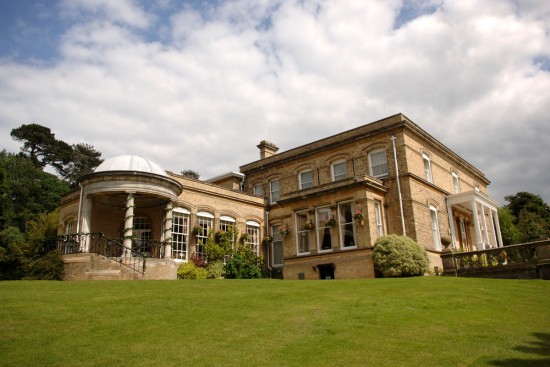 Ben Adam-Smith says that he would like to record an episode about why he feels content marketing is an important weapon in the fight against climate change. This will be coming up soon.